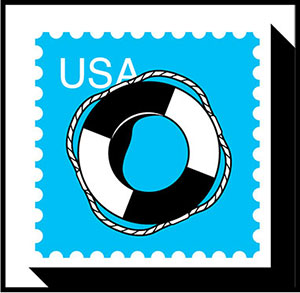 On March 23, Democratic House Committee Chairs Carolyn Maloney and Gerry Connolly called attention to an increasingly dire emergency. “Based on a number of briefings and warnings this week about a critical falloff in mail across the country, it has become clear that the Postal Service will not survive the summer without immediate help from Congress and the White House,” they said in a statement. The Democrats are pushing debt forgiveness and financial aid for this most vital part of our public infrastructure. But there’s an additional step that can be taken that doesn’t add to the deficit or compete with other priorities: an excess profits tax.

Since we are now in “wartime,” according to the White House, it’s important to recall some fiscal lessons from previous wars. One month before entering World War I, with the nation already mobilizing for the conflict, President Woodrow Wilson signed an excess profits tax designed to curb war profiteering and raise revenue from the rich. By 1918, corporations were being taxed from 30 to 80 percent of their estimated excess profits. Simultaneously, the maximum income tax rate was hiked to 77 percent, a 1,100 percent increase over the 1916 rate. The government took over the railroads for the duration of the war. At the end of the conflict, the railroad unions fought a heroic battle for their permanent nationalization. Meanwhile, the excess profits tax remained in effect until the inauguration of Warren Harding in 1921.

The tax, however, had been unevenly and loosely implemented, allowing banks and corporations, especially munitions makers, to disguise profits. In 1934 a special Senate committee headed by North Dakota’s Gerald Nye labeled them “merchants of death” and investigated their role in pushing the country into war. (The young Alger Hiss was one of the committee’s lawyers.)

That same year, the Vinson-Trammell Act mandated that shipbuilders and aircraft manufacturers selling to the Navy had to agree to limit their profits to 10 percent of the contract price. They were required to return any excess to the Treasury. This law was later extended to other categories of public contracting, and in the summer of 1940 a new excess profits tax granted broad powers to the Army and Navy, limiting profits by fixing fees to 7 percent of estimated costs.

How Not to Waste a Crisis

We Can Afford to Beat This Crisis

The United States declared economic war on the Axis powers with the passage of the Lend-Lease Act in March 1941. Nine months later, after Pearl Harbor, the series of War Powers Acts passed by Congress preserved the 1940 excess profits tax and its 7 percent limit. In addition, President Franklin Roosevelt struck back against the people he called “economic royalists,” signing an executive order in October 1942 that authorized a 100 percent “super-tax” on incomes over $25,000 (about $390,000 today). Although Congress repealed it five months later, it was popular with some sectors of the public.

As the wartime Office of Price Administration gained expertise in estimating production costs and profits, it assumed statutory authority to revisit and renegotiate procurement contracts. Its power to force refunds of excess profits—vigorously opposed by business—enhanced the effectiveness of the 1940 excess profits tax and was consolidated by the Renegotiation Act of 1942.

As the Cold War threatened to turn hot in 1948, a more limited version of the 1943 act was revived and expanded with the outbreak of the Korean War. During the oil crisis at the end of the 1970s, the Democratic majority in Congress renewed the idea of an excess profits tax, but the resulting Crude Oil Windfall Profit Tax Act in 1980 was only a pale imitation of the previous laws.

The coronavirus pandemic has produced a profiteer whose power to exploit the emergency far exceeds that of the steel industry or munitions makers during the past century’s world wars. His name is Jeff Bezos. Amazon’s business volume and earnings, of course, are growing at an almost incalculable speed, but there’s a bigger story: The current crisis is almost certainly an extinction event for tens of thousands, perhaps hundreds of thousands, of small businesses and franchises. This will hugely expand Amazon’s domination over retail distribution, especially as home delivery permanently increases its scope. Amazon is becoming the largest monopoly in world history.

Today’s progressive Democrats should be at least as bold as Wilson, Roosevelt, and Harry Truman and draft a new excess profits tax bill in the House, with Amazon particularly in mind. Here’s a revenue stream that could not only save the Postal Service but rebuild it after years of budget cuts and unfair competition with FedEx and UPS.

Socialists, of course, need to go much further and recognize that Amazon has become an essential infrastructure, along with privately owned power and communications systems. Some progressives like Elizabeth Warren urge trust-busting and forceful regulation. But the Debsian solution is this: Nationalize the infrastructure of the digital age—including Amazon and private delivery services—and operate it as a series of democratically administered public utilities.