Text by Joshua Holland. Graphics and animation by Rob Pybus. This work was supported by the Economic Hardship Reporting Project and its Puffin Story Innovation Fund.

Last week, in Denmark, Malthe and Lærke Knudson had a baby girl they named Emma. That same day, the Robinsons—Dale and Beth—had a little baby in the United States. They called her Rachel.1

Right now, they’re just two little babies keeping their parents awake at night. But Emma and Rachel were born in countries that have very different priorities, and that’s going to lead to pretty different futures.2

It all boils down to this: Though Danes pay a lot more than Americans in taxes and government fees, they get a whole lot more back in social services.3

As a result, Americans end up spending twice as much out-of-pocket for those social goods and services. Let’s see how that plays out over their two lives.4

In six months, Emma will probably enroll in preschool. By law, every 6-month-old Danish baby is guaranteed high-quality preschool, and parents can’t be charged more than a quarter of the cost of those services. Parents who can’t afford it? They don’t have to pay.5

In the United States, kids from low-income families are often eligible for full-time Head Start programs. Even then, the program only has enough funding for a half-million slots nationwide. But the Robinsons make too much to qualify, so they’ll either have to park little Rachel with Dale’s mom, or one of them will have to get a second job to help cover the cost of daycare. That little luxury could set the Robinsons back as much as $22,000 a year.6 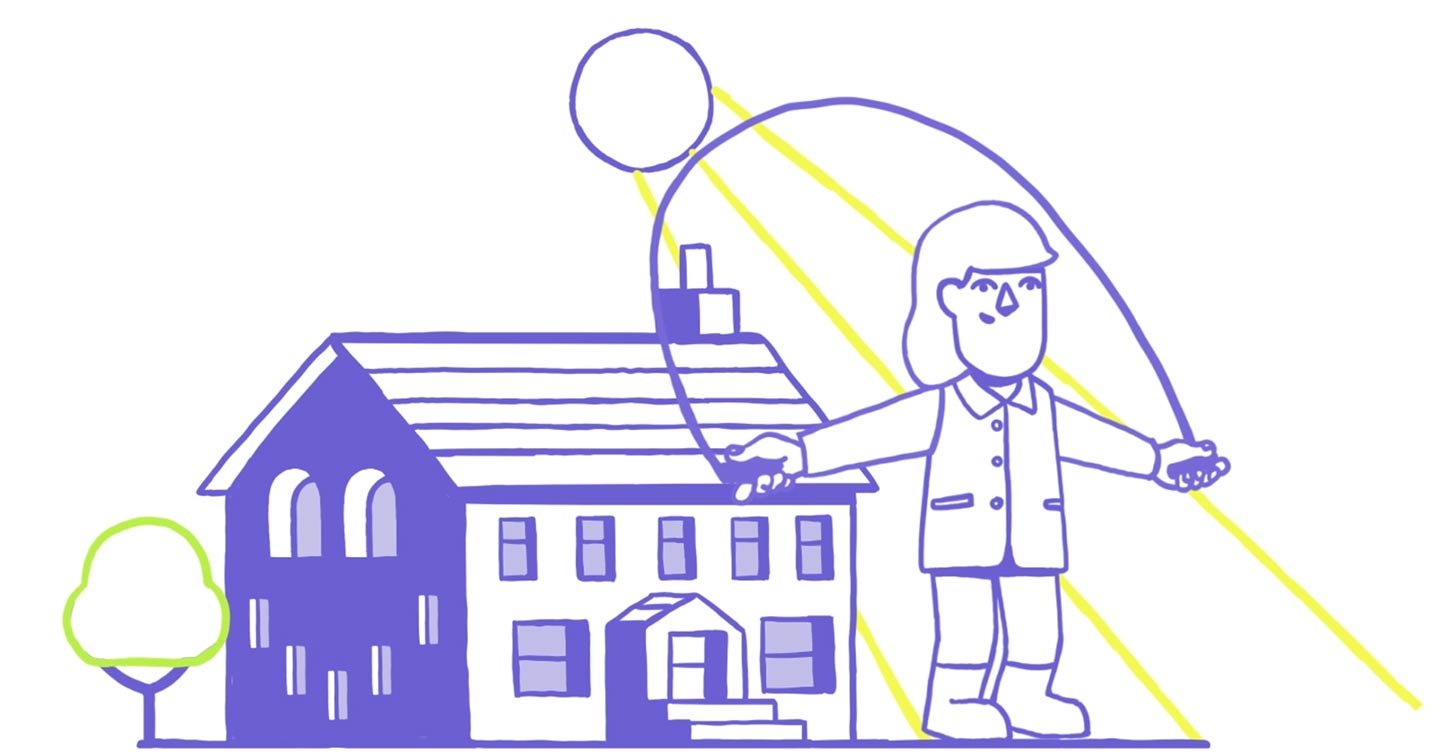 Danes receive a child benefit which starts with $225 a month at birth, and goes to $140 a month from age 7 to 17. That's not a benefit just for poor people, everyone gets it!

It costs a lot to raise kids these days no matter where you live, but the Knudsons will enjoy a child benefit which starts at $225 a month. When Emma hits age seven, they’ll get $140 a month until she’s 17. That’s not a benefit just for poor people; everyone gets it!7

Rachel, on the other hand, will have to start learning some cool tricks ASAP in order to get into a decent elementary school and prepare herself for a high school that will help her get into a good college.8

Some American schools are world class, but others, often serving students from low-income families, can rank down there with those in developing countries.9

That means the Robinsons may soon be shopping for a house in another school district—a notion that would never even occur to the Knudsons, because all of the public schools in Denmark are really good.10

Emma and Rachel are both good students, and they’ll both go to college when they get older. In Denmark, almost every college student attends public colleges and universities, which don’t charge tuition.11

Rachel will navigate a very different educational system. She’ll probably end up with a good deal of debt—in the US, 71 percent of the class of 2015 graduated with student-loan debt averaging around $35,000.12 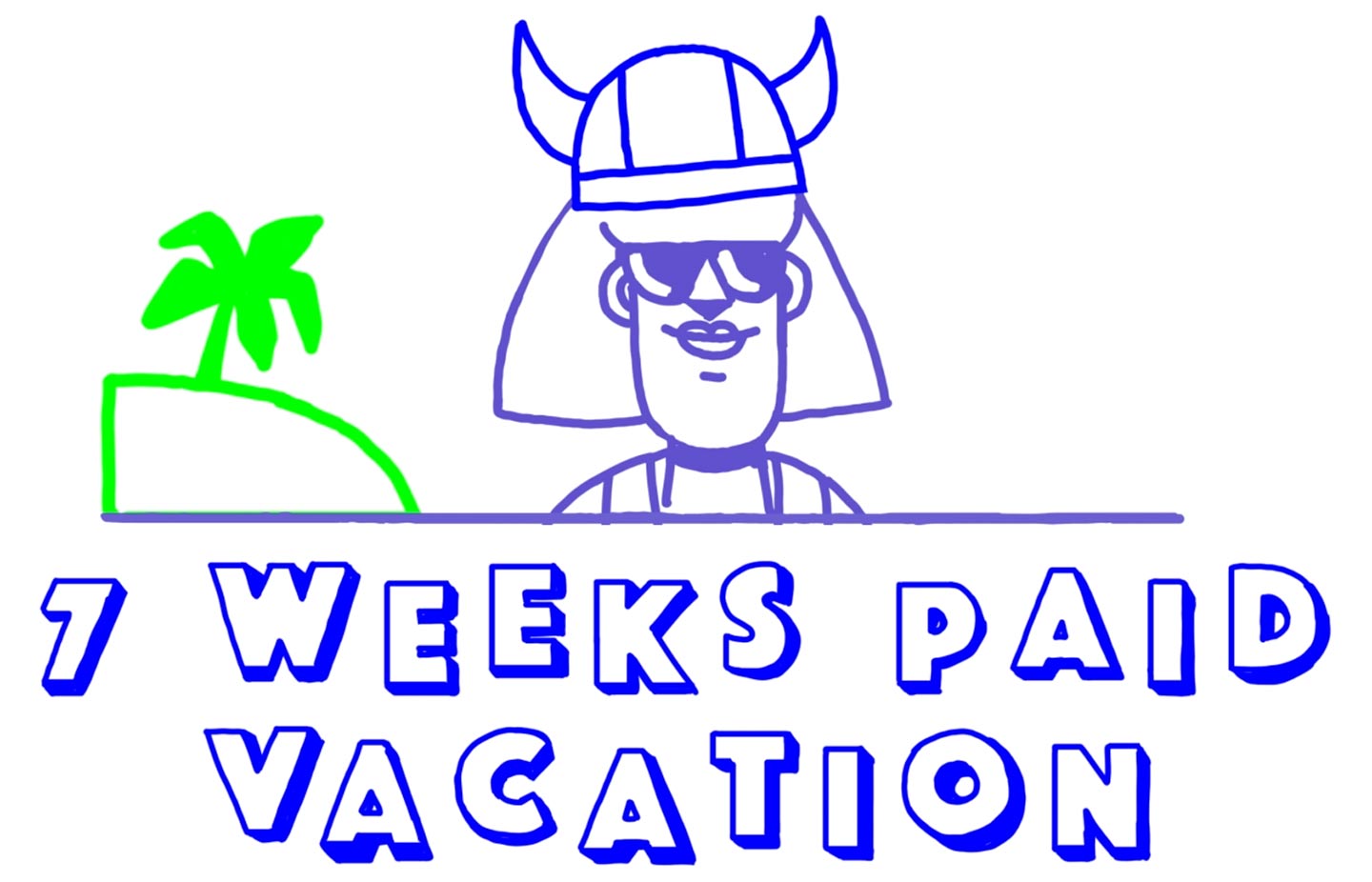 Many Danes get about seven weeks of paid vacation every year.

Fresh out of school, the young women enter the workforce. And again, they’ll have very different experiences.13

If Rachel is lucky, she’ll get two weeks a year of paid vacation, but maybe not—the US is the only industrialized nation that does not require any amount of paid vacation. Emma, like most full-time workers in Denmark, is guaranteed five weeks of paid vacation time a year.14

That doesn’t include the nine public holidays, which most employees get. And many Danes enjoy a sixth week of paid vacation during the holidays. And that’s how you relax like a Viking!15

Danes and Americans have similar incomes, but Americans work a whopping 24 percent more hours per year. That means that Danes get to spend about an hour and a half more each day on leisure activities than Americans.16

When Rachel loses her job she’ll qualify for unemployment benefits that cover about half of her income, usually up to half a year.17

Emma will face a similar situation—hey, it happens to the best of us—but she’ll get up to 90 percent of what she was making, and she can collect that for up to two years and sometimes more!18

Now, some people say those generous benefits create a culture of dependency and discourage people from looking for a job, but 73 percent of working-age Danes have a paid job, compared with 60 percent of Americans.19

And Emma will always have access to an excellent public health-care system. In Denmark, everyone’s covered. Americans, on the other hand, spend two and a half times as much per person on health care as the Danes, but around one in eight are still uninsured.20 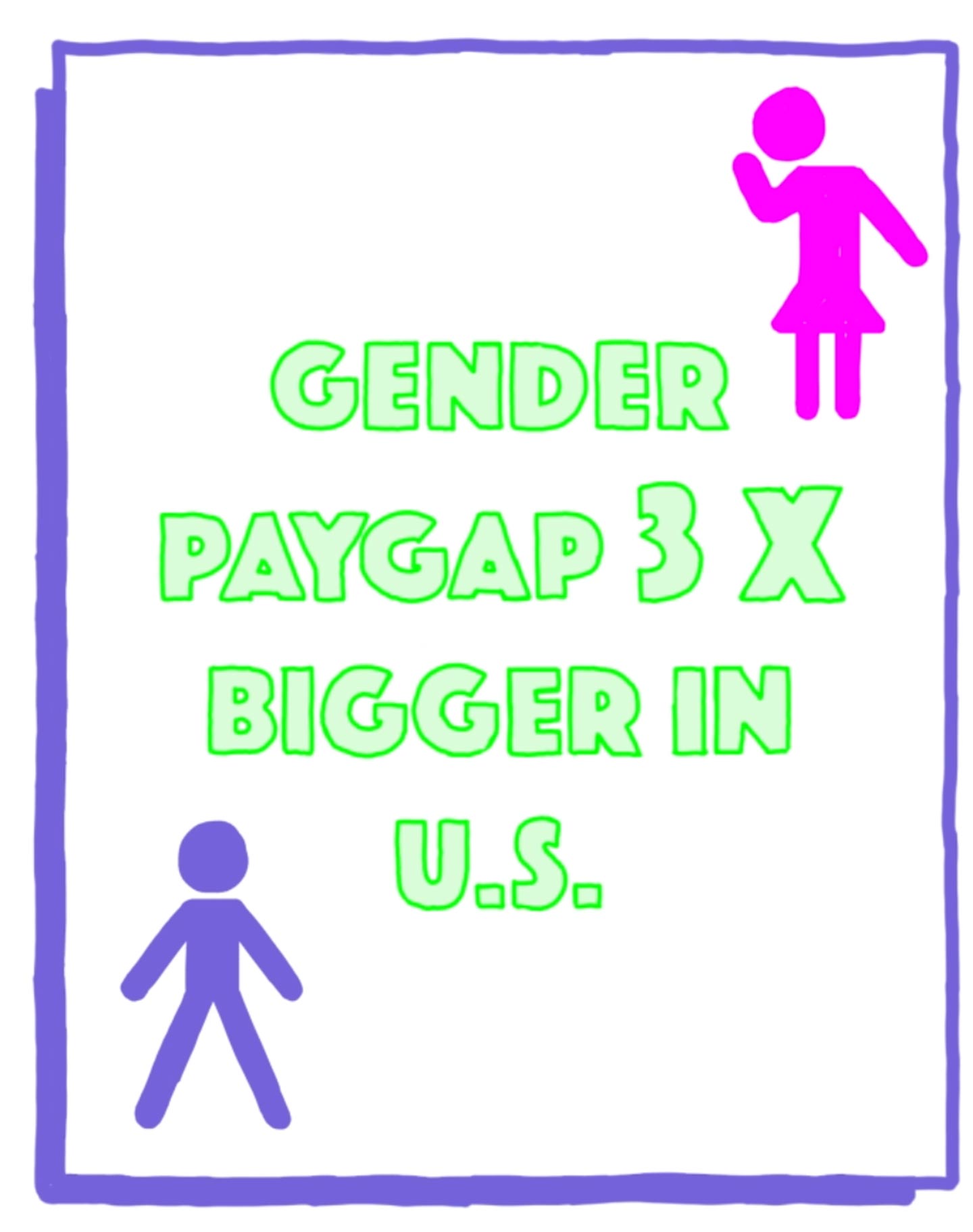 With our lack of paid parental leave, the US has a gender pay gap around three times as large as Denmark’s.

Some day, Emma and Rachel will meet the right partner and have babies themselves. Emma won’t pay anything for delivering her baby, but Rachel will pay around $5,000 out-of-pocket for a normal delivery.21

Rachel also lives in the only advanced economy that doesn’t mandate paid family leave. She can take some unpaid time, but for most women, there’s no guarantee that her job will be waiting for her.22

One in four American women quit or are laid off when they have a baby, so they lose seniority and end up with an uneven work history. According to one study, each child lowers an American woman’s earnings by 6-8 percent.23

Emma and her partner, on the other hand, will be able to divide a full year of paid parental leave between them. Many Danes work under union contracts that give them up to 100 percent of their salaries during that time, but if they don’t, the government will give them $630 per week while they’re on leave.24

This is one reason why the gender pay gap is around three times bigger in the United States than it is in Denmark.25

Emma and Rachel will watch their kids grow up, and then they’ll look to enjoy their golden years.26 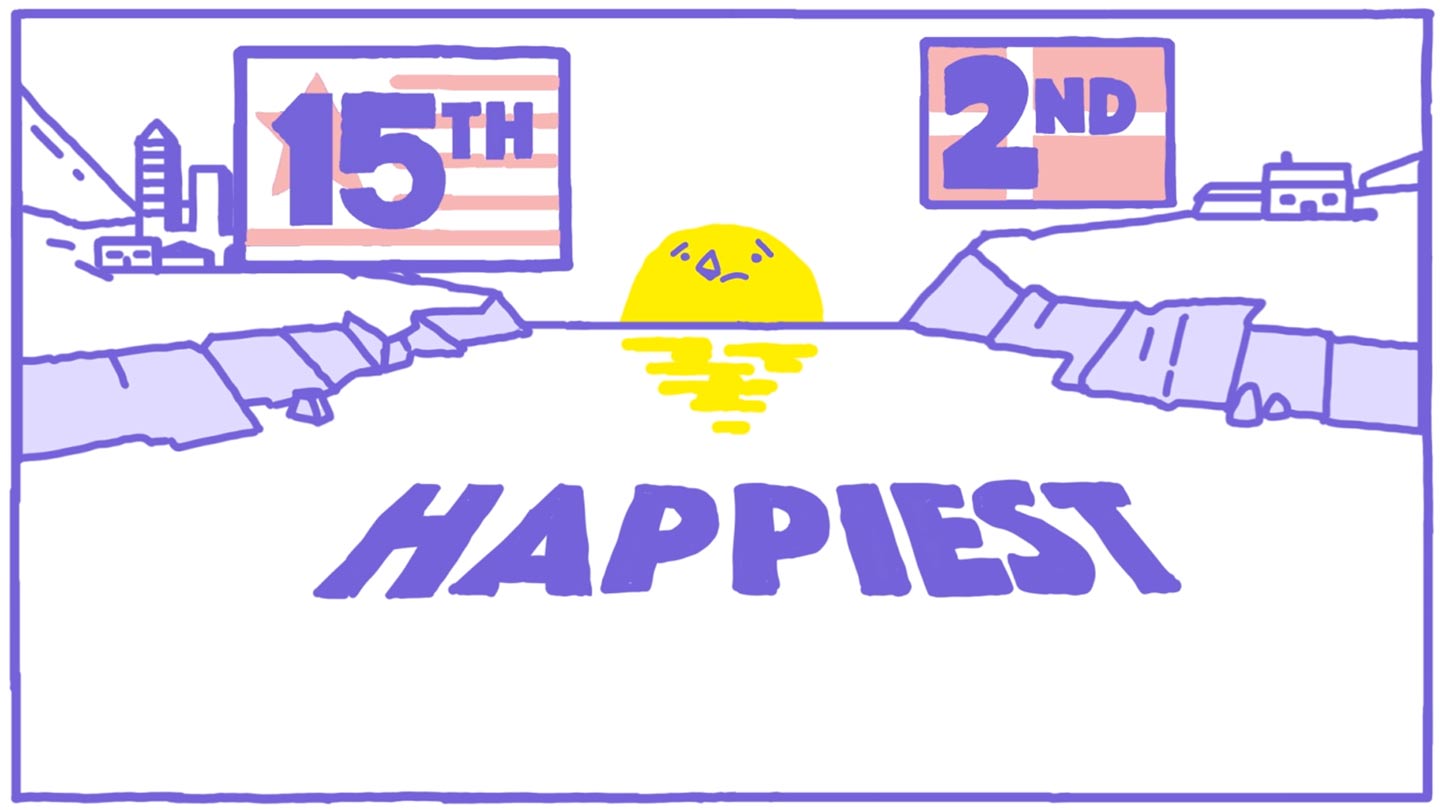 According to the World Happiness Report, Denmark is the 2nd happiest country in the world. The US is 15th.

As an average American, Rachel will work two years longer than Emma. Emma’s pension will cover two-thirds of her pre-retirement income, while Rachel’s Social Security benefits will cover less than half of what she had earned.27

Emma will have lived her life under the crushing burden of democratic socialism. That combination of state-funded education, health care, parental leave, and plenty of other benefits has made the citizens of Denmark the second happiest in the world. And Americans? Number 15.28