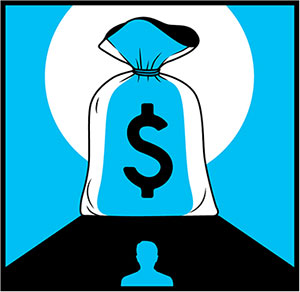 During the Democratic presidential primary debate this past Sunday, Joe Biden was asked how he would respond to the coronavirus pandemic sweeping the world.1

His response: “Nobody will pay for anything having to do with the crisis. This is a national emergency. There isn’t a question of whether or not this is something that could be covered by insurance, or anything else. We, out of the Treasury, are going to pay for this.”2

This was a noticeable rhetorical shift for Biden, who has spent the entire primary season attacking his opponent Bernie Sanders for not adequately explaining how he would “pay for” his ambitious spending proposals, and who only days ago indicated that as president, he would veto legislation enacting Medicare for All because of concern over the price tag. Indeed, Biden has been a proud deficit hawk his entire career: As a senator, he broke with his own party to support a Republican-sponsored Balanced Budget Amendment, and as vice president, he spearheaded efforts to achieve a bipartisan deficit reduction deal that included cuts to Medicare, Medicaid, and Social Security.3

The ease with which Biden switched moral registers from “How can we afford it?” to “How can we afford not to?” underscores an important fact, long forgotten by most politicians and the public: When faced with the genuine prospect of annihilation, the only adequate response is to do whatever it takes to prevent it. For the United States government, that means not asking, “How will we find the money?” but instead, “How will we find (and mobilize) the necessary real resources?”4

A Survival Guide for the Coronavirus Economy

The current pandemic rivals only World War II in its sheer scale and scope of disruption. The prevailing monetary policy paradigm, already under strain, is now at its breaking point. In the last week, the Federal Reserve slashed interest rates, revived the long-stigmatized discount window, introduced a new commercial paper and municipal bond facility, and increased currency swap line support to other countries. These actions are unlikely to make much of a dent. The previously unthinkable—massive, open-ended deficit spending—is now a near-inevitability.5

How Not to Waste This Crisis

The Mobilization That Must Start Now

In the aftermath of the 2008 financial crisis, the Obama administration allowed millions to lose their homes in order to “foam the runways” for the banking system, while the Republicans cynically weaponized deficit and debt hysteria in order to deny the Democrats the political credit of a more successful recovery. Today, by contrast, there is bipartisan enthusiasm for support measures that target workers and families, including debt relief and direct cash assistance. At the same time, prominent progressives, including Bernie Sanders and “the Squad,” as well as Republican establishment figures like Mitt Romney and far-right populists like Tom Cotton, have criticized party leadership for not going far enough.6

That it is even imaginable to speak of a common policy agenda between leftists, “moderates,” and the extreme right wing, let alone one centered around a government spending spree, speaks to just how devastating an inadequate response to this moment would be for everyone.7

However, this crisis also underscores another truth that only the left is willing to acknowledge and confront: The coronavirus is a tragedy not because the intense suffering it will cause is so exceptional, but because it isn’t.8

Every year, millions of people die preventable deaths. That their proximate causes—gun violence, domestic abuse, racist policing, inadequate health care, militarized border enforcement, international economic sanctions, war-induced starvation—cannot be directly traced back to the particular genomic structure of Covid-19 is of little solace to the victims or their loved ones.9

Indeed, much of the suffering attributable to this pandemic will not come from people directly contracting the virus, but from our collective failure to provide adequate care and support to the elderly, the physically vulnerable, the poor, and people in less fortunate countries during their hour of need. The virus itself may be a novel twist, but the broader story is regrettably all too familiar.10

It is tempting to downplay the moment we are in as a temporary emergency. But the reality is that our present situation is much closer to the “new normal” than a state of exception. We are only now coming to appreciate just how truly interconnected we all are—mentally, thanks to social media, common culture, and the internet, and physically, thanks to global supply chains, immigration, and of course, the environment.11

The macro-physics of global heating, like the microbiology of the coronavirus, does not care about our legal borders, economic theories, or political beliefs. Nature is the great leveler, humbling the smallest country and greatest empire alike.12

Even Biden knows this, which is why on Sunday he acknowledged that upon entering office in 2009, he and President Obama were informed by the Department of Defense that climate change was the single greatest threat to American national security—a point Sanders has been making for years. However, when the moderators pointed out that his climate plan was $14 trillion less than Bernie’s, he retreated into defensive bluster and nostalgic promises to restore the 2016 Paris Agreement. Gone was the sense of existential urgency and ambition that had animated his earlier remarks about the coronavirus.13 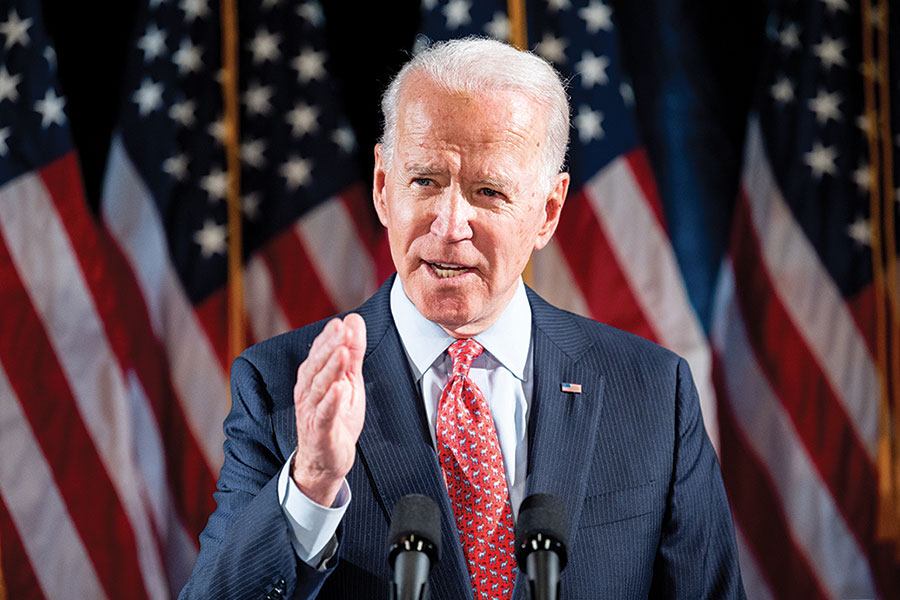 Such hypocrisy from someone aspiring to the office of president of the United States is morally and practically unacceptable. In a free society, we are all Spartacus, and in a humane society, all existential threats to someone—anyone—are the coronavirus. Poverty, sickness, the climate crisis, and structural racism are all national emergencies, and all deserve the same commitment: whatever it takes. Whatever it takes means fundamentally reforming our monetary and financial system so that we can easily and quickly provide income to everyone when necessary, without sacrificing anyone’s privacy or civil liberties. It also means transitioning away from fossil fuels and enacting a Green New Deal, undergirded by the right to a well-paying job, so that everyone has the opportunity to contribute to the common cause of caring for people, communities, and planet, and creating public goods that are available for free to everyone.14

And yes, whatever it takes means embracing the inevitability of a head-on conflict with the self-interest of concentrated private capital. A few months ago, it would have sounded extreme to propose placing Amazon, Walmart, Netflix, Uber, and American Airlines under public ownership. But today the socially contingent nature of these corporate behemoths—from their financial engine, to their workforce, to the goods and services they provide—has been laid bare. If luxury perfume companies like Christian Dior and Givenchy can be repurposed to make hand sanitizer to save lives, surely we can consider the same for the companies responsible for essential basic staples such as food, ventilators, and toilet paper. We want clean hands. But we also want bread, roses, and the means to wipe our asses.15

In the 1970s, during her struggle to enact a job guarantee and complete the unfinished work of the civil rights movement, Coretta Scott King observed that the United States had “never honestly dealt with the question of a peacetime economy.” She is still correct. Even now, we are willing to mobilize against the coronavirus only because its form sufficiently resembles that of a foreign invader.16

But the real enemy, the one we have always been at war against, is the violence and despair of our own timidity, selfishness, and greed. For too long, we have responded to this enemy with appeasement. But appeasement has proven to be a losing strategy, as indeed it always is. The only way we will have any chance of overcoming the challenge of our present moment is by bringing everyone together, emphasizing our common cause, and committing to building institutions that reflect and reinforce basic notions of universal solidarity. If we do that, as a wise old man once said, there’s nothing we can’t accomplish.17

Correction: A previous version of this article incorrectly stated that Joe Biden’s climate plan was 1/14th the size of Bernie Sanders’s plan. It is actually about 1/8th the size, or $14 trillion less than Sanders’s climate plan.
Keep Reading
Ad Policy