Advertise With The Nation 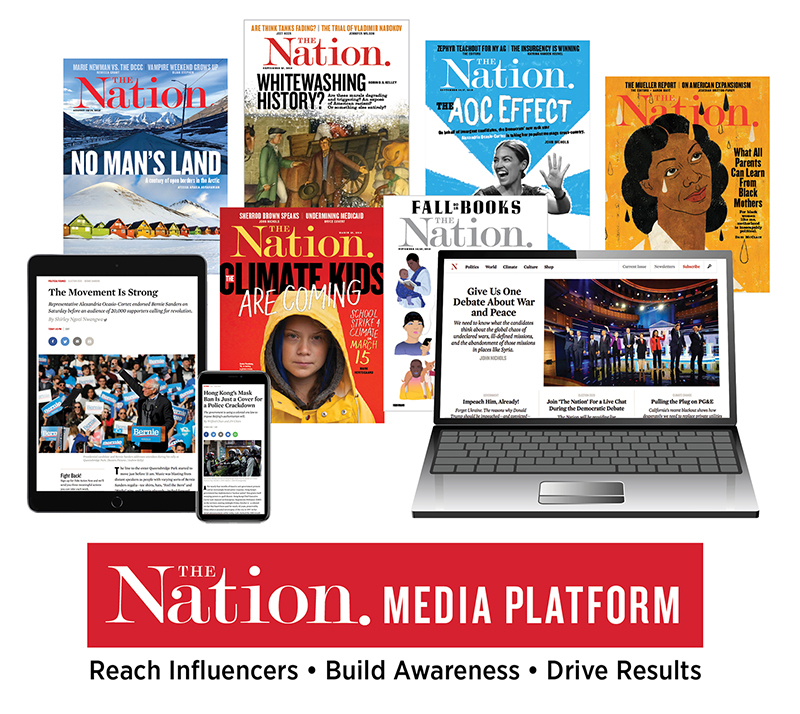 The Nation magazine occupies a unique and powerful position in the political, cultural, and historical landscape of the United States and has since its launch in 1865 by abolitionists at the end of the Civil War. Our storied history of publishing includes visionary thinkers and writers like Albert Einstein, Eleanor Roosevelt, James Baldwin, Hunter S. Thompson, and Martin Luther King Jr.

The Nation magazine has been instigating progress for over 154 years. Our reporting has led to congressional investigations and legislation, inspired grassroots movements, and ignited debate that shows a path forward.

The Nation’s award-winning journalism has been recognized for excellence by Planned Parenthood, GLAAD, the National Association of Black Journalists, the Society of Professional Journalists, the Association of Magazine Media, and the American Society of Magazine Editors’s coveted National Magazine Awards. The Nation has also received niche subject area awards for groundbreaking reporting on issues of criminal justice, climate change, women’s rights, borders and immigration, and democracy and voter suppression.

Year after year, TheNation.com has been nominated for best political website by the Webby Awards. And in recent years, our work received the James Aronson Awards for Social Justice Journalism, several Izzy Awards for Independent Journalism and a Mirror Award for Best Commentary.