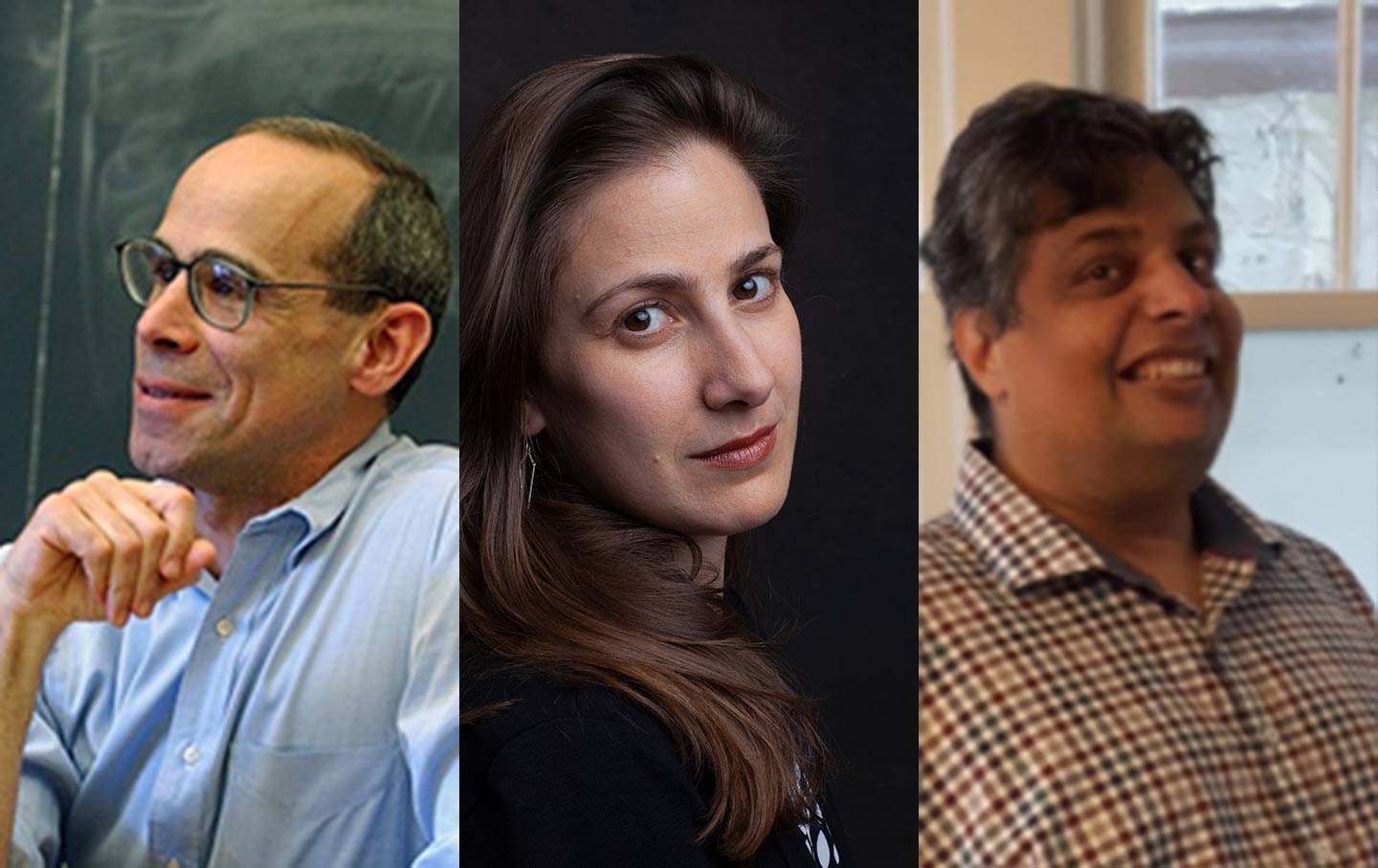 ew ork, The Nation, America’s leading magazine of progressive politics, culture, and opinion, today named David Bromwich and Alexis Grenell (@agrenell) as monthly columnists, and announced that national affairs correspondent Jeet Heer (@heerjeet) will expand his remit to include a new monthly column, “Morbid Symptoms,” a nod to philosopher Antonio Gramsci’s famous remark: “The crisis consists precisely in the fact that the old is dying and the new cannot be born; in this interregnum a great variety of morbid symptoms appear.”

Bromwich’s column, “No Offense,” will deal with civil liberties, America’s wars, political personalities, and party programs, and diverse cultural issues such as the influence of language on thinking and the social impact of the arts. The first installment appears in the February 8/15, 2021, edition of the magazine: “We Balk at ‘Law and Order,’ but Democracy Needs the Rule of Law.” Grenell’s new column, “Back Talk,” will focus on gender, democracy, politics, media, and economics, and debuts today: “46 and Done: Why Joe Biden Should Be Our Last President.” Heer’s column also debuts today: “Republicans Have the Biden Presidency Caught in a Unity Trap.” (Both will appear in the February 22/March 1 edition of The Nation.)

“Alexis and David are both big fish, and it’s taken us a long time to land them,” says Nation editor D.D. Guttenplan. “I wrote my first fan letter to David Bromwich nearly a decade ago, and have been an admirer of his urbane, erudite, witty, and deeply original voice ever since. His perspective, as E.M. Forster said of the poet Cavafy, is of a writer standing ‘at a slight angle to the universe.’ Not detached—very much engaged, in fact—but deeply independent.”

“I was familiar with The Nation from my earliest interest in politics, and have admired its forthright defense of freedom of speech, its continuous commitment to the widening of civil rights, and its informed criticism of American foreign policy, especially during the Vietnam and Iraq wars,” adds Bromwich. “I look forward to the opportunity to comment on persons and events from the slightly longer perspective which a monthly column affords.”

Guttenplan first met Grenell not through her writing but when she was a political strategist working on Zephyr Teachout’s congressional campaign. “Driving around the Hudson Valley listening to these brilliant women talk about the nuts and bolts of politics—without ever losing sight of either the real people who would be affected, or the overarching issues at stake—was one of the highlights of my own reporting career,” he says. “So when I found out Alexis was also a writer I began following her—and began looking for a way to bring her practical experience, political intelligence, and take-no-prisoners prose into The Nation.”

“Writing for The Nation is an incredible opportunity to finally explore the depth of issues I’ve been stashing away in an ‘ideas folder’ for years,” adds Grenell. “I can’t believe how unbelievably lucky I am to put words into the world, and grateful to Don Guttenplan for letting me do it on his dime. I’ll be sweating over every sentence.”

David Bromwich teaches English at Yale University. He has published widely on romanticism, modern poetry, and politics from the late 18th century to the present. His essays, reviews, and political commentaries have appeared in Dissent, HuffPost, the New York Review of Books, Raritan, TLS, and the London Review of Books. Among his books are Moral Imagination, American Breakdown: the Trump Years and How They Befell Us, and the anthology Writing Politics.

Alexis Grenell has written about gender, power, and politics for nearly a decade—first at City & State Magazine and then the New York Daily News. Her previous writing for The Nation tackled “FirstLadyology,” the collapse of the Cuomosexual, and whether we should have the right to troll politicians on Twitter. A frequent voice on radio and television, including CNN, WNYC, and NY1, her work has appeared in The New York Times, the Washington Post, the Daily Beast, Newsday, the New York Post, and El Diario. As cofounder of consulting firm Pythia Public, Grenell works on issue and political campaigns, shaping policy agendas for nongovernmental actors/organizations on issues ranging from campaign finance reform to redistricting, voting rights, immigrant rights, labor rights, and gender equality. A graduate of the University of Chicago, Grenell holds an MPA in Urban Policy from Columbia’s School of International and Public Affairs.

Jeet Heer joined The Nation in 2019 as national affairs correspondent, navigating the intersecting worlds of politics, pop culture, philosophy, and media criticism with nuance, creativity, and surprising conclusions. He is the author of In Love with Art: Francoise Mouly’s Adventures in Comics with Art Spiegelman and Sweet Lechery: Reviews, Essays and Profiles. A former staff writer for The New Republic, he’s written for numerous publications, including The New Yorker, The Paris Review, Virginia Quarterly Review, The American Prospect, The Guardian, and The Boston Globe.

“Jeet was my first hire as Nation editor,” says Guttenplan. “He’s a writer whose analytical clarity and stylish prose I’d envied. And he’s been a wonderful addition to our National Affairs desk. But one of the things that drew me to him was the range of his interests, which haven’t always found space in his regular web pieces. Readers who only know him from those are in for a treat.”

The Nation has a proud and storied legacy of publishing singular, lightning-rod columnists—from the late, legendary Christopher Hitchens, Alexander Cockburn, and I.F. Stone to, more recently, Kai Wright, Naomi Klein, Melissa Harris-Perry, Eric Alterman, and Gary Younge. The newly minted masthead expands the ranks of existing columnists Katha Pollitt (@KathaPollitt), whose wide-ranging “Subject to Debate” has enthralled Nation readers for more than 25 years; “Objection!” columnist and justice correspondent Elie Mystal (@ElieNYC), covering the use and abuse of power in the courts, the criminal justice system, and the political arena; and “The Front Burner” columnist Kali Holloway (@kalihollowayftw), focusing on questions of complicity and inequality across race, gender, and class.

In a pivotal moment of opportunity under the Biden administration, The Nation is poised to offer crucial, trenchant, and informed perspectives from the left, to continue its relentless pursuit of a more just and equitable world, and to interrogate and indict the status quo. Recognizing the importance of rigorous debate and critical commentary to speaking truth to power and holding the new administration accountable, our columnists will continue to drive the debates the moment demands, while offering a bold and ambitious progressive agenda.