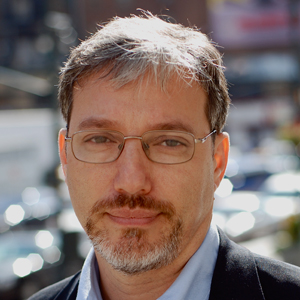 Eric Alterman is Distinguished Professor of English and Journalism, Brooklyn College, City University of New York. He is also the “Liberal Media” columnist for The Nation, a senior fellow at the Center for American Progress in Washington, DC, and at the World Policy Institute in New York, as well as former columnist for The Daily Beast, The Forward, Moment, Rolling Stone, Mother Jones, the Sunday Express (London), etc. Alterman is the author of 10 books, including the national bestseller What Liberal Media? The Truth About Bias and the News. He has been called “the most honest and incisive media critic writing today” in the National Catholic Reporter and author of “the smartest and funniest political journal out there” in The San Francisco Chronicle. A winner of the George Orwell Prize, the Stephen Crane Literary Award, and the Mirror Award for media criticism, he has previously taught at Columbia and NYU and has been a Hoover Institution Media Fellow at Stanford University. Alterman received his PhD in American history from Stanford, his MA in international relations at Yale, and his BA from Cornell. He lives with his family in Manhattan, where he is currently at work on a book about the history of the Israel/Palestine debate in the United States for Basic Books. More information is available at ericalterman.com.