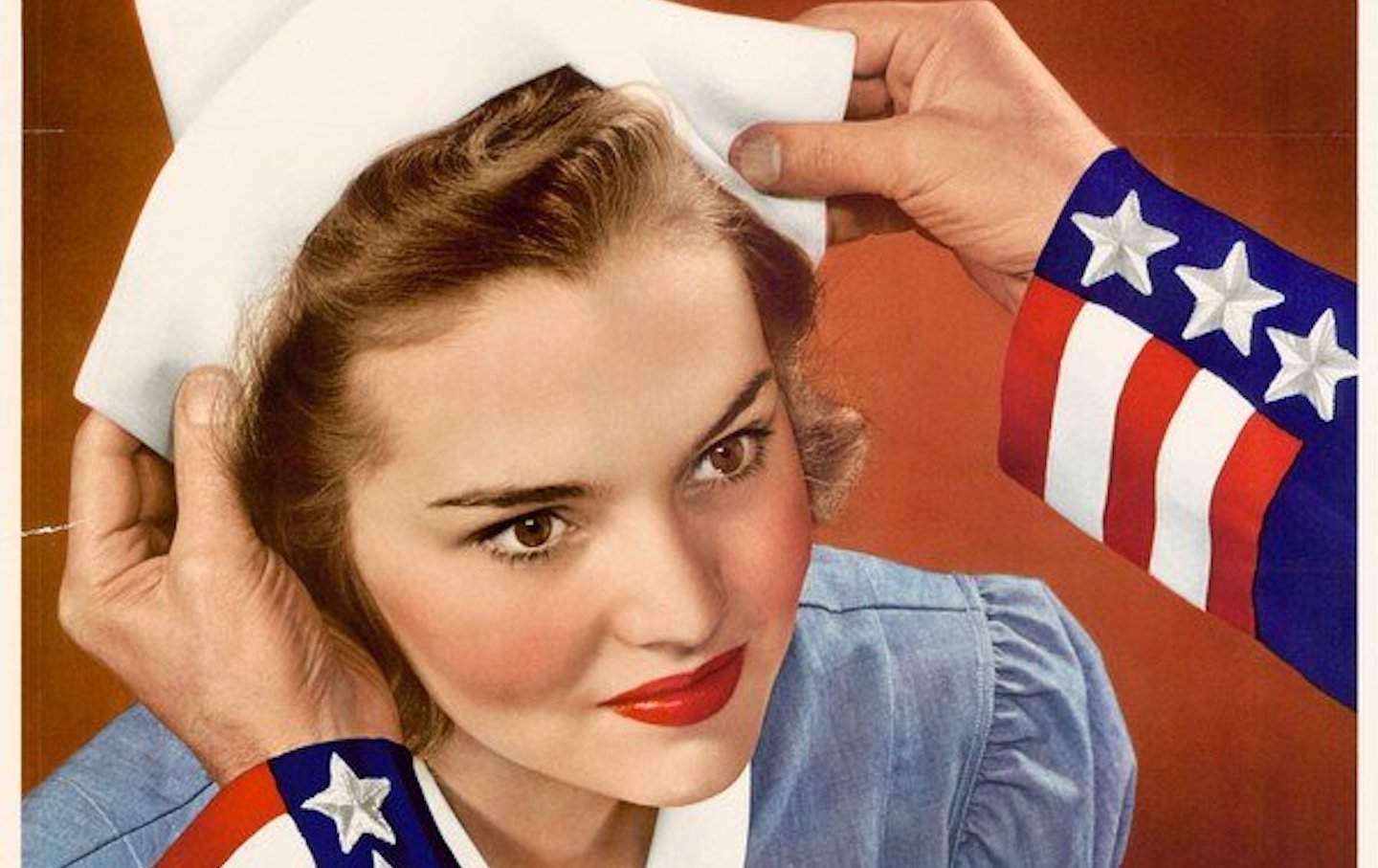 What Has Happened to the Economy?

Very simply, a house of cards has fallen. An entire world of illusions, self-deceptions, and sophistries has died. We’ve come to the end of a very long string.

The string has been unspooling since the triumphs of Milton Friedman and Friedrich von Hayek, conventionally thought of as Margaret Thatcher and Ronald Reagan, but rooted equally in Jimmy Carter and Bill Clinton, in Tony Blair and Gordon Brown, and in the Bushes and Obama and many lesser figures. A binational, bipartisan coalition of catastrophe in the Anglo-Saxon realm of ideas. Donald Trump and Boris Johnson are consequences, not causes, of this mental failure.

The delusion is economics as we’ve known it. Here, two concepts have ruled: self-organization and the veil of money. The first argued for markets, for all of society to be mediated by the forces of supply and demand. Its supposed virtues were competition, flexibility, incentives, efficiency; the reality is a fragile web, woven in strands of glass. The second submerged the financial system—the banks, traders, speculators—rendering those people and institutions as mere messengers, unimportant and invisible.

The most deluded are the worst hit. In Britain, a country run by bankers, traders, and debaters from the Oxford Union, an addled government leaned, at first, toward letting the fire burn. Social Darwinism on the scale of the Irish famine. While they pissed away time, the fire got out of hand. On March 16, they reversed course: In the United Kingdom, the war is now on. In the United States, our leaders now plan to send out cash, as “stimulus”—as though a market response will organize itself. It is another delusion.

Europe has dissolved. A friend in Rome, locked alone in his apartment, corrected me: Europe never really existed. Like the fiction of a society organized by markets, the mirage of a union managed by finance ministers and central bankers has evaporated. Border controls are back. Macron speaks for France alone; Merkel for Germany and no other place. No medical help flowed from Germany to Italy in her need. The response of the European Central Bank—some bond-buying—was overridden by an inept remark from Madame Lagarde.

When the Soviet Union collapsed, the successor states passed through six years of hell, of privation, violence, despair, and suicides. The cause was not—as many thought—a failure of internal capacity. Factories existed, but were idle; fields existed, but went unploughed. The cause was paralysis in the face of shock: an inability to withstand internal looting, privatization, and the opening to foreign supplies. Revival began only under Prime Minister Yevgeny Primakov in 1998, with default, devaluation, and the start of a return to a modernized semi-socialism that is now very far advanced, as any recent visitor to Russia has seen.

Meanwhile, in China, the power of the state backed by a largely cooperative and committed citizenry has been observed. Say what you will about the means, which included electronic monitoring, social controls, a quarantine of 60 million people, and a harsh decision to sacrifice thousands in order to save hundreds of thousands. War is like that. But China has, so far, apparently, controlled the outbreak and is socially intact. In Korea the case is less clear, but there is hope in competence, organization, productive capacity, and short lines of supply.

The Situation in America

And the United States? It too is breaking apart. Federal officials, with few exceptions, are predatory, indifferent, or merely stupid. Congressional leaders appear stymied. The few steady hands are those of some governors—in both parties—many mayors, county judges, and other local officers.

For the population, it is a test of character. Ordinary Americans are for the most part community-minded, prepared to follow instructions and do right, if others will do likewise. Around me in Austin, people are curtailing activities while going about their day jobs in the face of increasing risk. Pools and playgrounds and libraries are closed—we’re told, for several weeks. Everyone knows it could be months and months.

As everyone also knows, there has been far too little testing. There is no reserve of hospital beds or equipment. Global supply chains are broken, and medicines of many types will run short. The only possible advantage to being in America right now is that it is a large country; many people live in more space and can self-isolate more easily, for a time. This is not a consolation for the poor, nor for New Yorkers, nor for those reliant on assistance that they may not be able to get.

It is hard to look past the imminent swamping of the health system, but there are deeper disasters afoot. In California, nearly 6 million elderly have been told to stay home. Many of them live alone or in pairs. Who will feed them? To this, the governor replied, “Good question.” The reality is, we’ve done a good job in this country of keeping many frail and elderly people alive, a very poor job of keeping them healthy, and we have no system for keeping them fed. We may not even know where they are.

We are told there is plenty of food in the country. Can it get to the stores? Yes, for now; but for how long? How long will people be there to stock and sell and run the checkout counters and maintain security? Distribution and security are the weak links in the food chain. The market has given us efficiency and a high living standard. It has by the very same token not given us resilience, spare capacity, coordination, or leadership. It has, instead, given us fragility. A web of glass. Panic is both the rational response and the enemy. If panic takes control, it will destroy whatever is left.

What Is to Be Done?

The American economy must convert, in full and at once, to fight the pandemic. A public corporation—the Health Finance Corporation, based on the Reconstruction Finance Corporation of the Depression and World War II, with power to borrow and allocate and meet problems as they arise—is needed now. The National Guard and the Army and all their resources must be deployed. And every civilian resource, including all available human beings, must be enlisted.

The immediate medical need is supplies, beds, personnel. Hospitals can be built in days, we have learned. Space can be requisitioned; hotels and dormitories are empty. The military is said to know how to deal with mass casualty events. The Defense Production Act gives authority to command companies to make masks, oxygen tanks, respirators. Unlimited jobs are available for people to clean and perform other basic functions. It’s risky work, and it must be decently paid. Guarantee the jobs, and people will do them. China managed that much, and many people volunteered.

The next need is to stabilize priority civilian supply: food, drugs, cleaners, paper goods. The existing system may hold up for a while. The essential is to lock it in place, supporting the people doing their jobs so that they can continue: drivers, stockers, checkout clerks, cooks and kitchen help, and scrubbers. If the necessary goods keep coming in, people will stay calm and get along without the rest. As in Korea, ride-share and taxi drivers can be trained to disinfect and mobilized to drop off meals and medicines. Suddenly, all these workers are essential and must now be treated that way.

All the information services should now be drafted and basic customer bills should suspended for the duration: cable, cellular, landlines, Internet. Let the federal government compensate the companies for basic costs. Having secure communications and entertainment will help keep people at home. The boost in disposable incomes will help in exact inverse proportion to wealth; those losing work income will benefit most.

Among the most necessary big corporations right now are those who run mass distribution networks: Amazon, Walmart, FedEx, UPS, and the drugstores and major fast-food chains. They should be run as public utilities for the duration. That means giving delivery at cost on essential goods and stop-orders on frills. Top executives should contribute their time. The workers should get raises and medical care and protective equipment and unions. In return for staying on the job in the emergency, those workers too should emerge in an entirely different position after this ends.

Many large, medium, and small employers are down for the count and may be bankrupt soon: airlines, hotel chains, shopping malls, convention centers—more than anyone can list. The equity will be gone; there must be financing to maintain essential operations and to hold the physical and engineering assets in place, and a debt moratorium to stave off the creditors and the vultures. Needless to say, evictions and foreclosures and utility stoppages must be stopped immediately; if necessary, it is better to ration the supplies. As businesses go down, so will the bankers. After the wave passes, we’ll see what can be rebuilt.

Through it all, the people must be reassured. Those at home must be cared for. And those who remain healthy must be given useful work. Solidarity, organization, determination: These are the words for us now.