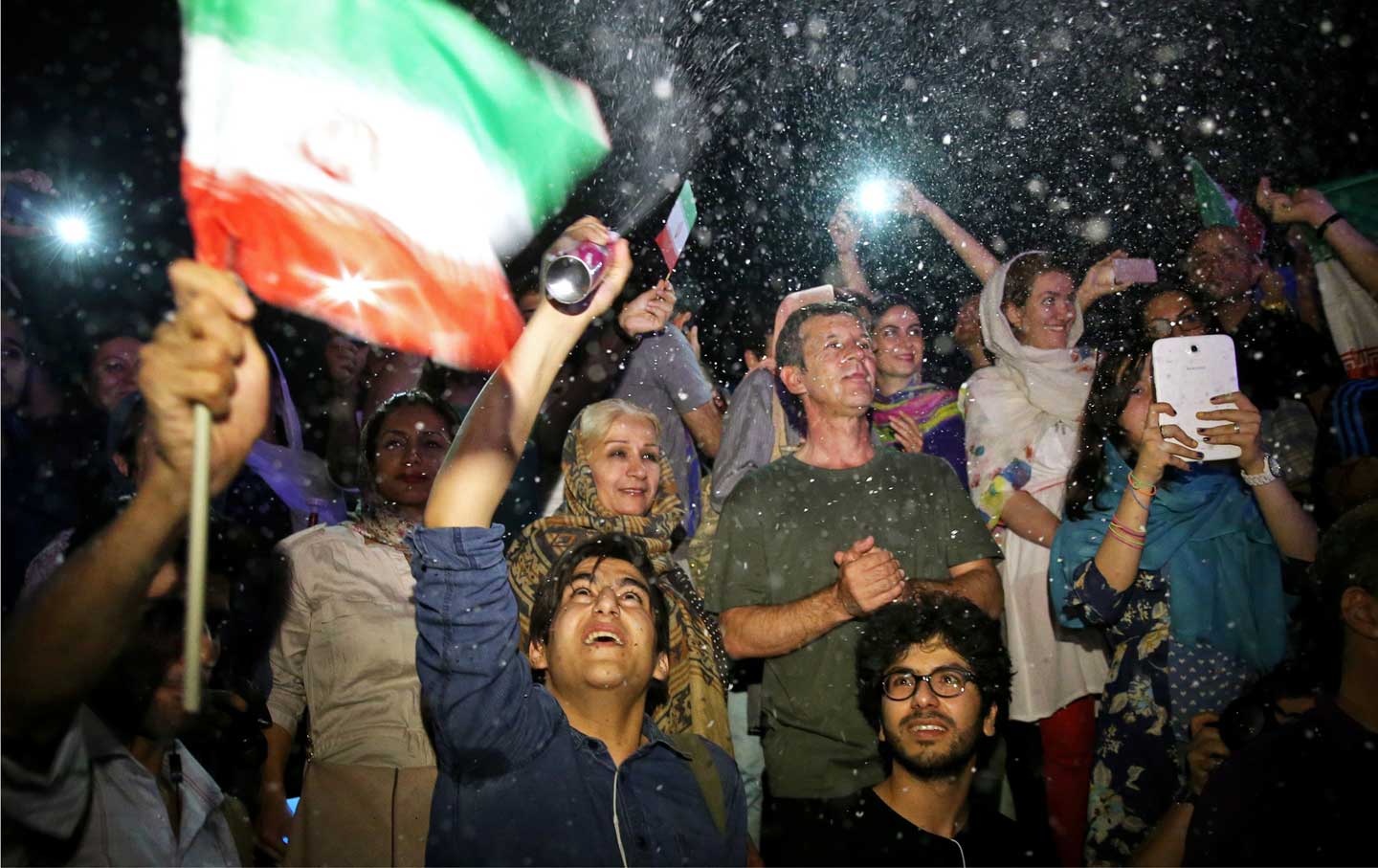 A century ago, Herbert Croly made a key distinction in The  Promise of American Life, his classic look forward at what would soon be called the “American Century.” It is time, the celebrated progressive asserted, to transform ourselves from a people with a destiny into a people with a purpose. It is still that time, unhappily. Destiny rests on myth; its logic—a logic immune to all logic—originates somewhere in the heavens. It leads us into—or licenses after the fact—all of our semisacred “missions.” Purpose derives from an awareness of oneself in history. It gives a people agency—earthly things to do. It binds us to others, either in common cause or negotiation. It makes us, not providence, responsible for all we determine to do.

What is our purpose, then? This remains the core question for anyone advocating an alternative to the neoliberal orthodoxy prevalent in our foreign-policy cliques. And we must begin by overcoming the consciousness of exceptionalism that history bequeaths us. Claims to exceptionalism place the goals of foreign policy—its end, its intent—beyond question, limiting all discussion to mere method. This was Barack Obama’s failure. He tinkered with the means of policy as if this obviated the need for a 21st-century reconsideration of our country’s purpose. If we leave our “chosen people” consciousness intact, we render ourselves incapable of any useful reply to Croly’s challenge.

Here we can note Stanley Hoffmann’s Primacy or World Order (1977), the late Harvard Europeanist’s reflections on our predicament in the post–Vietnam War era. The choice Hoffmann set forth is still (once again) ours: America can insist on the hegemony it came into after the 1945 victories, or it can help construct an order wherein different histories, traditions, political cultures, priorities, and perspectives are respected.

In two words, then, we can name the fatal flaw in American foreign policy and the reply of those dedicated to an alternative: Exceptionalism is the problem, multipolarity the solution. The former is idealism masquerading as realism; the latter is perfectly suited to our 21st-century realities. Replacing the one with the other is primarily a matter of purpose, but from this a reinvention of methods—the means by which policy is devised and deployed—flows like spring water.

Liberal, end-of-history triumphalism will get us nowhere as the new century advances.

As its Clintonian iteration still makes plain, exceptionalism amounts to another faith intolerant of all difference. It accepts deviation from our variety of democratic government or from the neoliberal economic order only when nations like Saudi Arabia declare loyalty to the exceptionalist cause. This does not make America “the indispensable nation” essential to international order. Preserving our post-1945 dominance by way of regime change, opportunistic alliances, incessant breaches of international law, and the imposition of neoliberal economic structures has led to quite the opposite: disorder, polarization, political instability, and endless violence. Who can flinch from that conclusion? Liberal, end-of-history triumphalism will get us nowhere as the new  century advances.

The multiplicity of voices and aspirations beyond our shores is an untapped resource that Americans can no longer afford to ignore. And as a multipolar world now struggles fitfully into being, we do not have to imagine its benefits: The multisided agreement governing Iran’s nuclear program is an example; the increasing efforts to address climate change constitute another. How much wiser and more durable will multiple perspectives on a given problem make its solution? How much more stable will the world be when others address their challenges without the intervention of a self-interested hegemon? How much more peaceful might the major powers be? In all of this, how much better off—and less lonely—will Americans be when relieved of an idea of themselves that long ago became a self-imposed burden?

The magnitude of the task does not constitute an excuse for leaving it undone. Our first responsibility is to dismantle US policy in its current form—the task of ceasing, of not doing. Policies predicated on resistance—to 21st-century realities, to history, or simply to what time it is—must give way to policies deriving from an acceptance of the world as it is. This is realism.

It is not too soon to talk about post-exceptionalist Americans. And high among the things that distinguish them are their choices. They will choose contributions to a secure global order over military, material, and ideological dominance. They will choose to address the iniquities at the root of most crises rather than restore the very order that produces them. They will choose a world hospitable to historical justice—justice cognizant not only of past wrongs but also of their consequences in the present. They will choose to adhere to international law as a matter of principle.

These choices reflect another idea of America’s purpose. A nation that affords such choices has removed control of the policy process from the sequestered elites who claim foreign affairs as their purview. It is a nation with a genuine foreign policy instead of a military policy dressed up as one. No one will give Americans these choices or the means to achieve them. They must be claimed. This is the project.