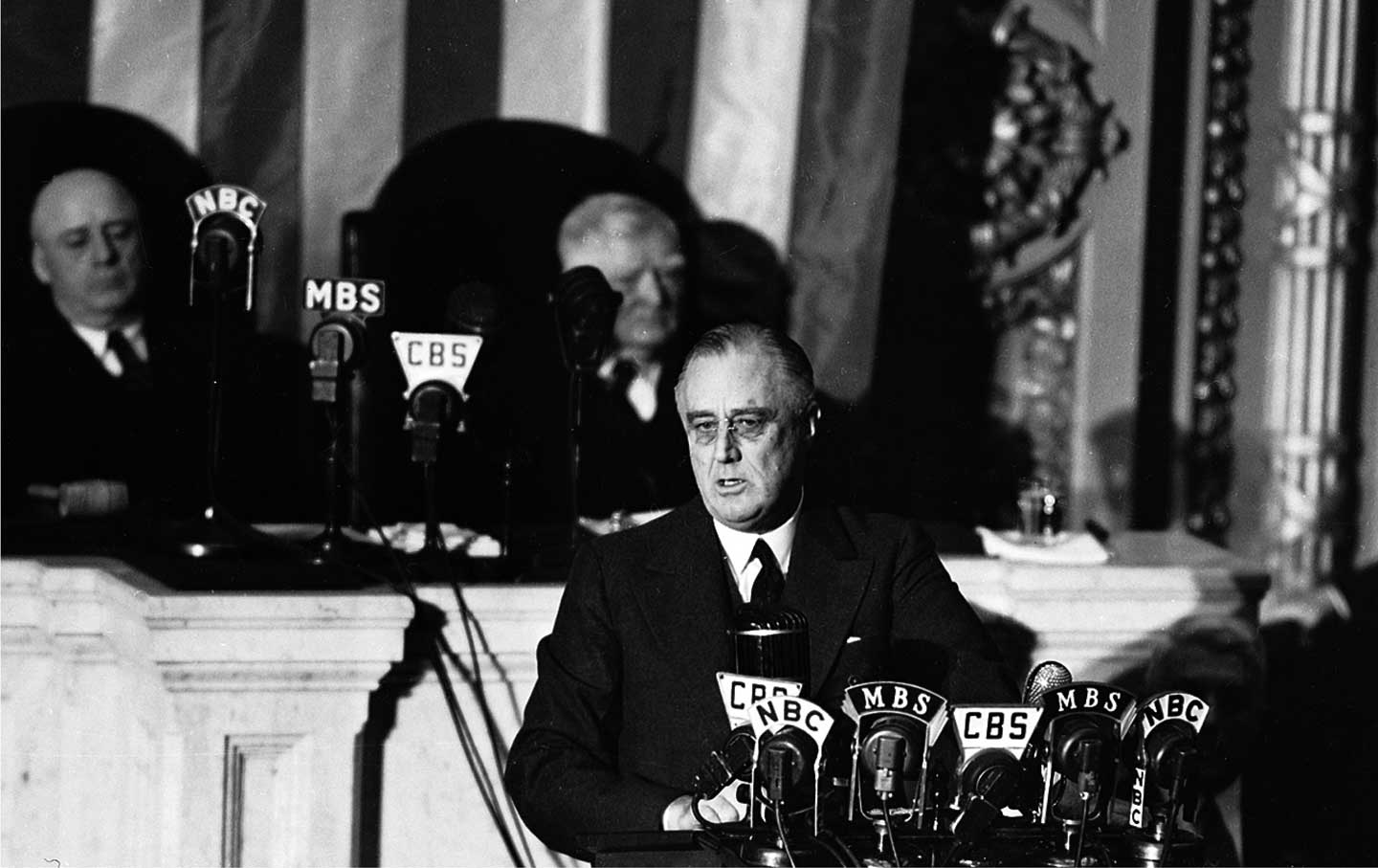 By its very nature, a progressive foreign policy must be a  principled foreign policy—one that views as its ultimate objective the advancement of peace, justice, and economic opportunity. These are the goals envisioned by President Franklin Roosevelt in his “Four Freedoms” speech of January 6, 1941 (freedom of speech, freedom of religion, freedom from want, freedom from fear), and they are enshrined in the Universal Declaration of Human Rights. In today’s world, moreover, we recognize that the advancement of these principles also requires putting a halt to global warming—for without a habitable planet, nothing else is achievable.

A progressive foreign policy must entail sustained efforts by the US government and NGOs to advance the human good in every way possible. This would include helping to negotiate and enforce treaties to eliminate weapons of mass destruction; working to end conflicts and rebuild war-torn societies; promoting sustainable development at the grassroots level; and providing emergency humanitarian assistance to societies ravaged by disease, ecological disaster, or state collapse. And while there is much that Americans can do to advance these objectives, they should do so, whenever possible, under the auspices of the United Nations and other multilateral organizations. Given the historical record, many nations have good reason to be wary of unilateral US efforts, even those dubbed “humanitarian.”

The real problem, however, is that for all its wealth and influence, the United States inhabits a world in which other major powers—Russia, China, India, Iran, Turkey—seek to put their own stamp on international affairs, often while opposing Washington. None of the major powers have the capacity to overrule the others, but each has the ability to frustrate the designs of its rivals. This means that any US initiative viewed by one or more of the contending powers as inimical to their interests will be met with resistance, no matter how beneficial it might appear.

The civil war in Syria is a case in point. Many in Washington, deeply moved by the plight of the Syrian people, sought to boost US military assistance to the anti-Assad forces, hoping this would lessen the slaughter. Even assuming one believes in the efficacy of such action, the fact is that Russia and Iran were prepared to increase their own military support for Assad, negating the presumed benefits of aid to his opponents. And while there might have been a time when Washington could have solved this problem by threatening Iran and Russia with dire consequences, those days—if they ever existed—are long gone.

A similar dilemma exists in the case of North Korea. The United States, understandably dismayed by Pyongyang’s development of nuclear ballistic missiles, has sought to impose draconian economic sanctions. But China, while acknowledging the dangers posed by North Korea’s nuclear arsenal, has refused to substantially reduce its economic ties with that country, fearing both an invasion of impoverished refugees and the establishment of a united Korea under US tutelage. As a result, Pyongyang has been able to forge ahead with its weapons programs. In response, Washington has announced plans to deploy the Terminal High-Altitude Area Defense antimissile system in South Korea—which has angered both China (which considers the system a threat to its own nuclear deterrent) and many in South Korea (who fear it will make them a target for North Korean missile attacks). The bottom line: China appears no more inclined to rein in Pyongyang, and President-elect Trump faces an even greater threat from the North.

In better times, we might have turned to the UN Security Council in the hope of bridging these divides. But the Security Council has itself fallen victim to geopolitical jousting among the great powers. So long as this remains the case, the UN will not be able to break the logjam of great-power intransigence.

The challenge, then, is to find a way to promote human welfare in a world of multiple power centers. This will not be an easy task: No outcome is likely to be perfect or to fulfill the maximalist goals of any single actor. Instead, we must identify the overriding objective and persuade the key players to coalesce around an acceptable outcome. This will require diplomacy of a type that Washington is largely unfamiliar with—one in which US diplomats bargain rather than demand. Most other states act on this basis as a matter of course; now we must also learn to master these skills.

Such an approach will prove especially critical in dealing with climate change. Of course, both Donald Trump and many of his senior appointees dispute the science. But global warming cannot be wished away; it is the product of planetary physics, and there is no escaping its effects. Sooner or later, the US government, like all  others, will be forced to address the challenge. We will have no choice but to devise a solution with other nations.

We are destined to face more challenges like the ones posed by Syria and North Korea—more broken states, more civil wars, more ecological disasters. We must do everything we can to prevent them, but, recognizing that bad things will happen nonetheless, we must also develop mechanisms for averting the worst and providing aid to those in greatest need by securing the essential elements of cooperation from allies and non-allies alike. In this sense, embracing the arts of diplomacy and cross-border citizen collaboration is every bit as vital to a progressive foreign policy as the pursuit of specific humanitarian objectives.

That Will Show Us!