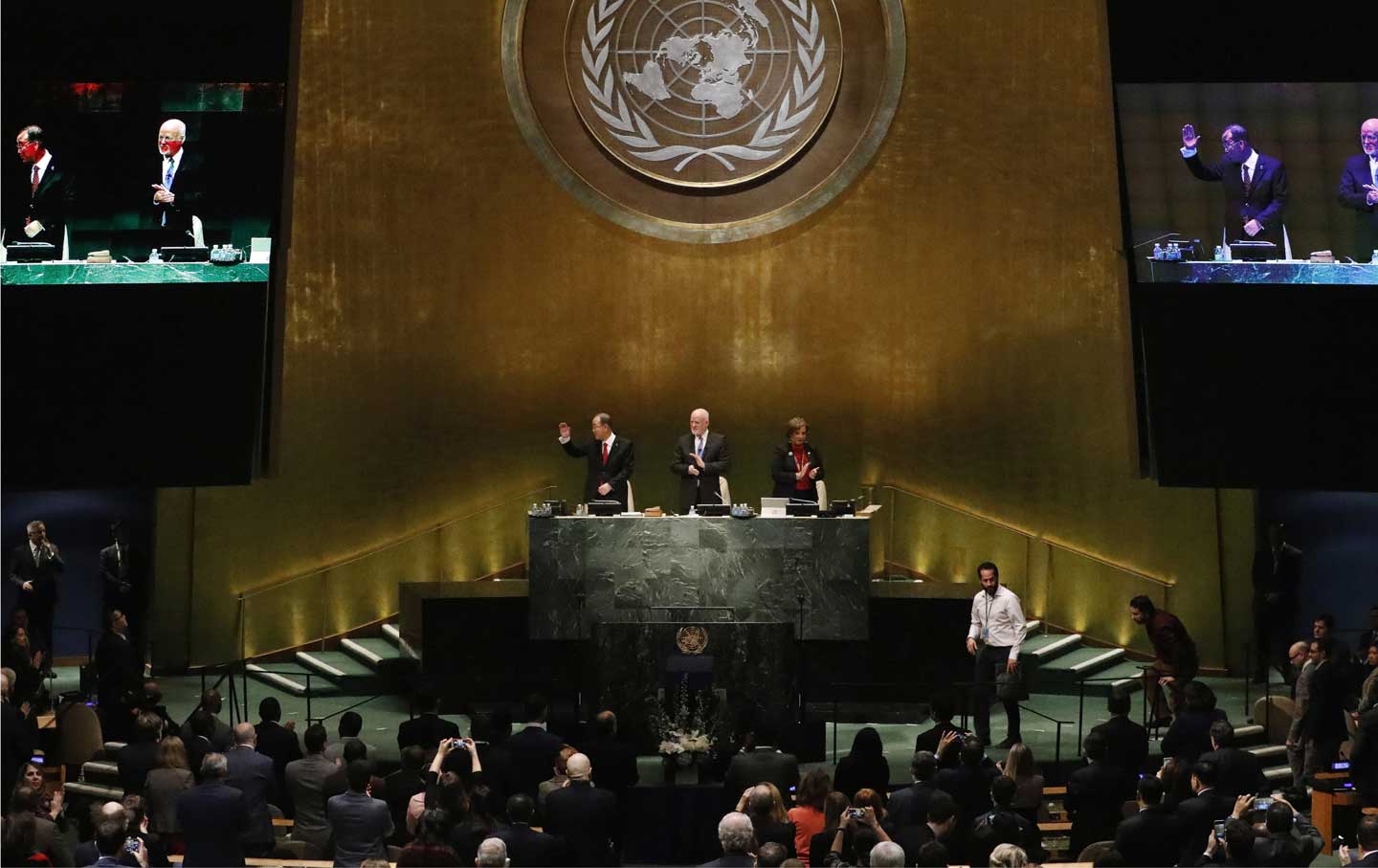 The problem isn’t a shortage of empathy. Large quantities of empathy have been harnessed to build support for ill-advised interventions. The Iraq War was waged in part to help suffering Iraqis, many of whom, as it happened, wound up dead. The United States and its allies justified the arming of Syrian rebels as a way to help the oppressed Syrian people, though, in retrospect, had there been no armed insurrection, hundreds of thousands of Syrians would be better off—living under an oppressive regime, but still living. Not to mention the millions of refugees and the many Syrians who have suffered under ISIS’s rule.

No, the problem isn’t a shortage of empathy, but rather an imbalance between two kinds of empathy. Psychologists distinguish between “emotional empathy”—the feel-your-pain kind, which supporters of military intervention are good at cultivating—and “cognitive empathy.” Cognitive empathy means putting yourself in the shoes of other people in the sense of seeing how the world looks to them: perspective-taking.

For example, had we put ourselves in the shoes of Sunni Iraqis, we might have guessed that replacing a longtime Sunni leader with a Shiite leader would strike them as threatening—so threatening that, unless the transition were handled with unlikely deftness, rebellion could ensue. Had we put ourselves in the shoes of Bashar al-Assad, we wouldn’t have insisted for so long that any negotiated solution begin with his surrendering power. Authoritarian leaders almost never surrender power, least of all in an age when the reach of justice is increasingly global—leaders with a history of human-rights abuses no longer feel enduringly secure in exile.

Cognitive empathy is putting yourself in the shoes of others in order to see how the world looks to them.

And so on. Much of the problem with American foreign policy is a simple failure to understand the perspectives of important actors clearly enough to calculate the likely consequences of our actions.

The kind of cool calculation I’m recommending is typical of the “realist” school of foreign policy that has historically been associated with the right. Realism has long been seen as cold-blooded, even immoral, partly because it can mean putting yourself in the shoes of brutal dictators, and partly because one of its best-known practitioners, Henry Kissinger, has so much blood on his hands.

§ Progressive realists may tolerate oppressive or belligerent foreign leaders, mindful, among other things, of the carnage and chaos that regime change can bring. But that doesn’t mean actively backing such leaders— as when the United States validates a coup by funding Gen. Abdel Fattah el-Sisi in Egypt, or logistically supports the Saudi bombing of Yemen.

§ Progressive realists, more than most realists on the right (not to mention neoconservatives and many liberal interventionists), understand that respecting and strengthening international law serves American interests. One benefit of respecting international law is the valuable self-restraint it can bring. The invasion of Iraq in 2003—deemed unlawful by no less an authority than UN Secretary General Kofi Annan—turned out to be the biggest US foreign-policy blunder of the past half-century. A second benefit of respecting international law is the fostering of such respect among other nations. Certainly America’s casual disregard for international law has had the opposite effect. The 1999 intervention of NATO in Kosovo without the UN Security Council’s authorization, which culminated in Kosovo’s 2008 secession from Serbia, was used by Russia to justify its 2008 incursion into Georgia and may have helped provoke it.

§ Progressive realists understand that technological evolution will only strengthen the logic behind building a more robust system of international law and global governance. Technologically created challenges, ranging from climate change to bioweapons proliferation to the catastrophic potential of cyberwarfare, make it in the mutual interest of nations to negotiate symmetrical, enforceable restraints on their own behavior.

There is much more to say about progressive realism, but fundamentally it comes down to this: First, do no harm; second, respect international law; and third, nurture global governance. By these criteria, we haven’t had a progressive realist in the White House for the past eight years, we won’t have one for the next four, and we wouldn’t have had one even if the election had turned out differently. Progressive realists—assuming there are enough of us to matter—have some organizing and infrastructure building to do.