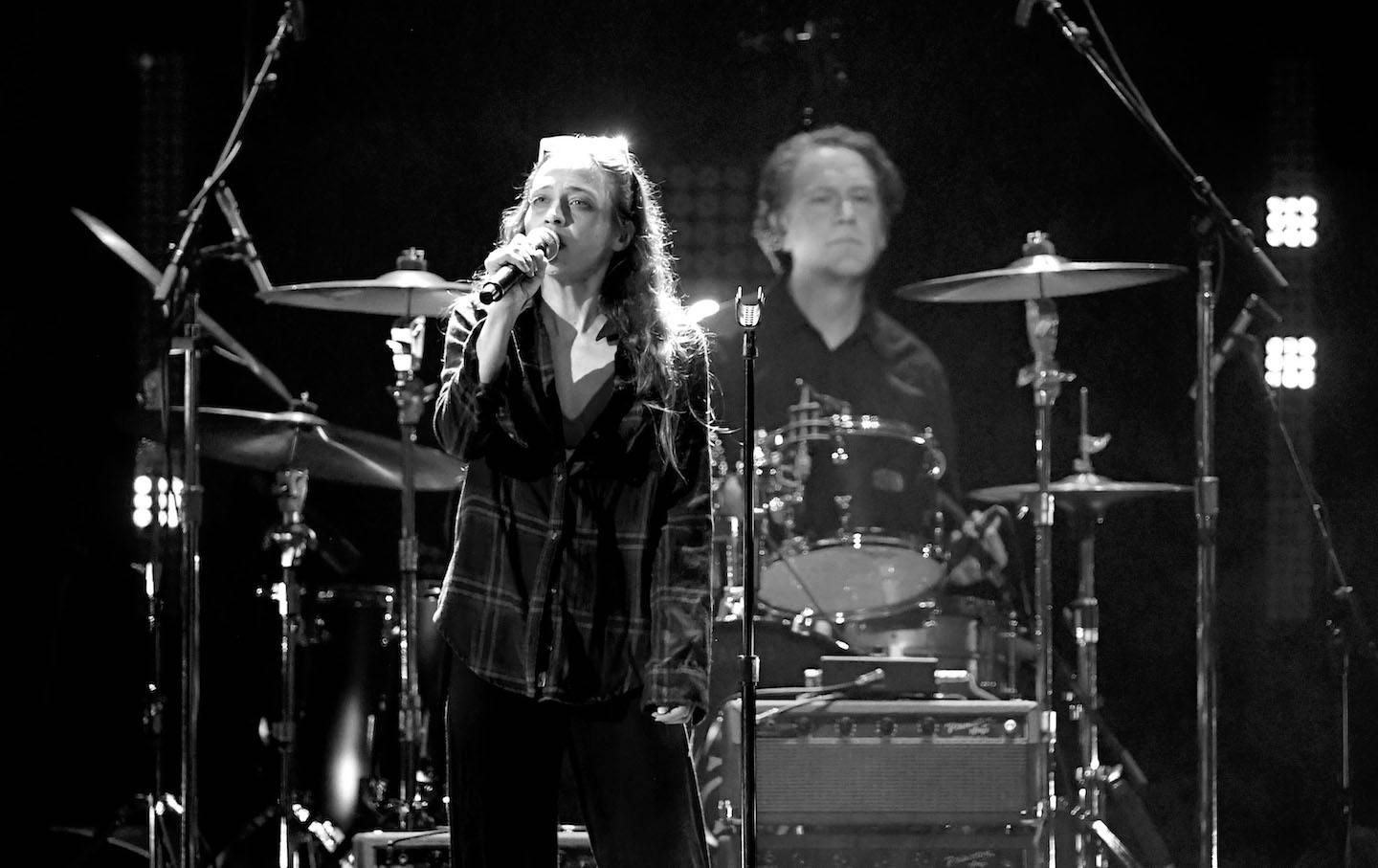 Fiona Apple and Matt Chamberlain perform at “I Am The Highway: A Tribute to Chris Cornell” on January 16, 2019, at the Forum in Inglewood, Calif. (Photo by Kevin Winter / Getty Images)

Listening to recordings is always a confrontation with the past—an encounter with sounds created at another time, whether that time was five minutes earlier or 50 years ago. In 2020, when life changed so rapidly that five minutes could feel like the passing of 50 years, music changed along with everything else. Some of the best music released this year but recorded before the pandemic took up matters that were once urgently topical, like gentrification and the overreach of Big Tech, but now feel strangely historical.

To listen to these works is, indeed, a confrontation with the past, and yet a worthy one. Releases from later in the year reflect 2020’s events to varying degrees, exploring the themes of isolation, mortality, and social inequity in musical terms.

Here are my choices for the 11 best albums of this very, very long year. (The listing is alphabetical by album title, not a ranking by descending quality.)

Angry as ever and with more good reason as the world roars toward the brink, Apple rages and chants, literally banging on the walls of the house where she recorded this rhythmic, erratic, tuneful, and unpretentiously avant-garde alt masterwork. (Read our review.)

By the standards of the Hot 100 pop that used to define Swift, her latest is practically an Appalachian field recording—spare and homey. As always for Swift, though, it is judiciously crafted, clever, and utterly infectious. Mostly a collaboration with songwriter Aaron Dressner from the National, Folklore is folklike pop that calls for and rewards close attention.

Pianist-composer Carla Bley, now 84, has been playing with saxophonist Andy Sheppard and bassist Steve Swallow for decades, and their chemistry binds Bley’s mercurial ruminations on time, age, politics, and the art of collaboration. The album comprises three suites: “Life Goes On,” “Beautiful Telephones” (named for a remark by Donald Trump about the White House), and “Copycat.” Wisdom and resilient discontent conjoin to make a kind of feisty, spontaneous chamber jazz.

Jyoti, Mama, You Can Bet!

A one-woman-band project by the vocalist/composer/multi-instrumentalist Georgia Anne Muldrow, Mama, You Can Bet! refers literally to Muldrow’s mother, the singer and choir director Rickie Byars. But it speaks more broadly to the legacy of Black resistance and hope that Byars has been a part of and that Muldrow, performing as Jyoti, carries on. You could tease out strains of Alice Coltrane (Muldrow’s mentor, who gave her the Jyoti name), Sun Ra, and Abbey Lincoln in this steely and complex Pan-African music, but no one alive is making anything quite like it. (Read our review.)

Commissioned by Trinity Church Wall Street to write a Mass for chorus and chamber orchestra, Snider performed a kind of miracle and created a work that honors the format’s tradition while sounding vitally fresh and evokes the sacred in the service of the secular. This gorgeous, moving piece, with a libretto combining Latin liturgy and new text by the poet Nathaniel Bellows, is a prayer of penance for the sins humankind has committed not to God, but to nature.

Named for the Croatian word for “she,” Ona is an eclectic statement from a singer-musician who deserves much more attention. Alexa composed all but two of the tracks on this album of earthy jazz-pop, one of the exceptions being the Tears for Fears hit “Everybody Wants to Rule the World,” which Alexa reinvents. With guest vocals by Becca Stevens and Claudia Acuña, among others, and a solo by the violinist Regina Carter that earned Carter a Grammy nomination.

This 19-movement oratorio about the roots and consequences of gentrification is a devastating work of social inquiry and critique. Performed by Hearne and Williams along with other singers, a chamber ensemble, and an R&B band, Place addresses a pandemic that preceded Covid-19 and will likely outlast it. (Read our review.)

Recorded before the deaths of Breonna Taylor and George Floyd and the national outcry they inspired, the fourth album by the hip-hop duo of Killer Mike and El-P rails against racial and economic injustice with unnerving prescience. The shimmer of El-P’s production works oddly to amp the impact of Mike’s head-rattling, politically savvy lyrics. With deftly placed guest appearances by Mavis Staples, Pharrell Williams, Greg Nice, and Josh Homme. (Read our review.)

The debut album by Sawayama, a young Japanese British singer, is an irony-free testament to the glories of Max Martin–style commercial pop. Nine producers are credited for the album, including Sawayama herself, though Clarence Clarity seems to have been the primary creative force. I can’t stop listening to this music, and I don’t think of myself as particularly nostalgic for Avril Lavigne. Sawayama is a magnificently effective provider of aural pleasure. Hate me, but I love it.

(Disclosure: I have collaborated with Rosnes, the leader of Artemis, but had no involvement with the Artemis album.)