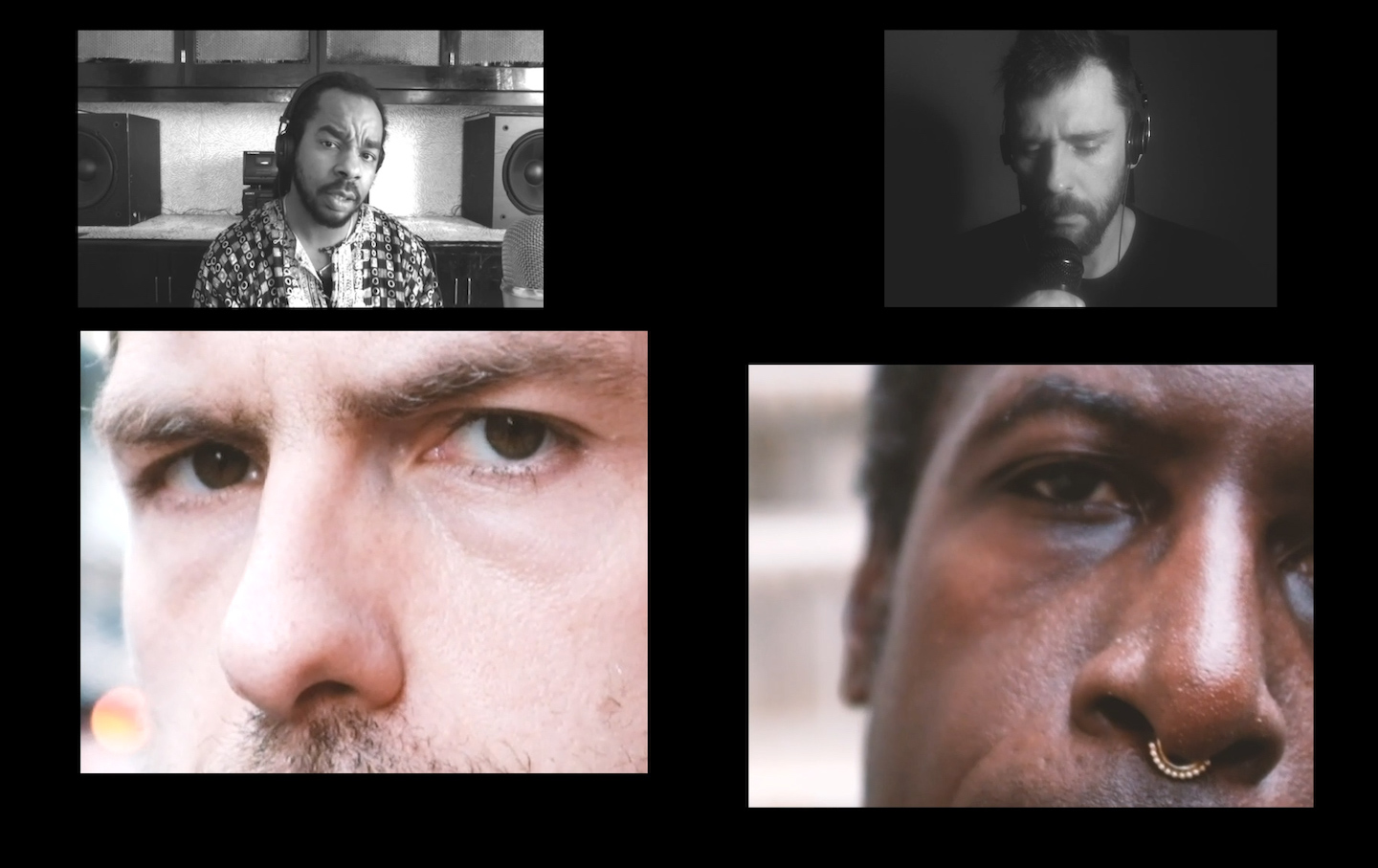 With storefronts shuttered, new buildings abandoned before they’re completed, and the whole economy imploding in the wake of the Covid-19 crisis, the topic of gentrification may seem less urgent than it was a few months ago. Yet as the composer Ted Hearne brings home in Place, an extraordinary work of genre-collapsing music written with the poet Saul Williams, gentrification is not just a potent symbol of the tyranny of late capitalism; it’s part of a complex of problems more profound and more destructive than gouging rents, artisanal boutiques, and empty luxury developments.

An oratorio (for lack of a better term that would do justice to its uniqueness), Place is a concert-length work of 19 songs or movements—though none of the pieces here is a song in the conventional sense, even as many of them adopt electronics and process voices through the aural Snapchat-filter effects associated with contemporary pop. Hearne, a finalist for the Pulitzer Prize for Music in 2018, and Williams, a writer and performer who has released nine fiercely serious albums of his own, began working on Place not long after they met to collaborate on a piece for the Liquid Music Festival in Chicago in 2016. Written under commissions from the Los Angeles Philharmonic and Beth Morrison Projects (an influential sponsor of experimental vocal works), Place made its debut as a concert/multimedia extravaganza at the Brooklyn Academy of Music in October 2018, with Hearne conducting a group of six singers and 18 instrumentalists, including a chamber ensemble and an R&B band. A performance by the commissioning orchestra at Disney Hall was scheduled for March 24 of this year, but it had to be canceled along with the rest of the LA Philharmonic’s spring season. Fortunately, a studio recording has now been released, and it shows Place to be a monumental work of aural art—one that needs no A/V dressing-up to cast light on the horrors that gentrification exemplifies, reflects, and perpetuates.

As Williams writes in one selection, “A Thought,” recited in back-and-forth syncopation by him and the singer Ayanna Woods:

Gentrification is a generational conversation that has gone by many names. We should not discuss what brings you back to the city without acknowledging why you left. White flight. White flight. White flight. Now that winter is over, you’re flying back. Will you bring your old viruses with you? Will you push us away? Are you capable of playing and living with others? Or will you find reasons, very sane and honorable reasons, for pricing us out, for placing us in camps, prisons, squats…. eraaaaaaaaaasure.

The form of Place follows the method of its composition. When Hearne and Williams got to know each other, they realized they had both lived part of their lives in Fort Greene, Brooklyn, but saw the place—and their place in it—from irreconcilably different points of view: one of privilege and one more marginal. Hearne wrote the bulk of the libretto to the first part of the oratorio, confronting his whiteness and his awkward status as an empathetic gentrifier. He takes up his feelings of guilt with a candor about the limits of his understanding that prevents the piece from coming off as pandering or woke-boy piety. One whole song is built from the excerpts of an interview the director Patricia McGregor conducted with him in preparation for the multimedia version of Place: Hearne mumbles and stutters, drifts off and never quite articulates what he thinks about cultural displacement. That lack of understanding—and the privilege that allows a white male to live successfully with it—becomes the theme of the song. Inertia, or the racial power structure that engenders it, is the music’s engine.

To make the second part of Place, Hearne gave the first part of the libretto to Williams, who responded with a text that Hearne then set to music; it’s performed on the record by Williams and a group of other singers, augmented on one song by the Chicago Children’s Choir. The tone of both the language and the music shifts from tentative rumination and irresolution to discontent and forceful social protest. In the dramatic climax of the oratorio, “Beneath the ruins are older ruins,” Woods sings over the grim hammering of orchestral noise:

I need a million mouths to say this
but I only have this one.
A million bright ambassadors
of mourning mothers’ Sun.

Hearne, among the most adventurous creative forces in contemporary music today, draws freely from countless traditions—symphonic music, indie rock, gospel, hip-hop, pop, electronica—filtered through his emotionally open mind and combined with styles he seems to have invented himself. He embraces the use of found materials: samples of Erykah Badu, Nina Simone, Modest Mouse, and the Yeah Yeah Yeahs; snippets of text from James Baldwin’s The Fire Next Time; a passage from Zora Neal Hurston’s “How It Feels to Be Colored Me.” In the process, he makes repurposing a theme—the musical embodiment of the geo-social appropriation inherent in gentrification. As Hearne has said in an interview about Place, “Can the societal hierarchies and patterns that influenced the creation or reception of music be separated from the music itself? Are the same ideologies responsible for structures of systemic racism—redlining, displacement, housing insecurity—inextricably embedded in a piece like [Handel’s] Messiah?”

It is no slight to the individual accomplishments of either Hearne or Williams to recognize that, in collaboration, they have created something monumental, an unshakably powerful musical statement on a complex and vital theme. As Williams reminds us in the final words of “Beneath the ruins are older ruins,” race hate, avarice, and power lust are contagions as dangerous as any virus: