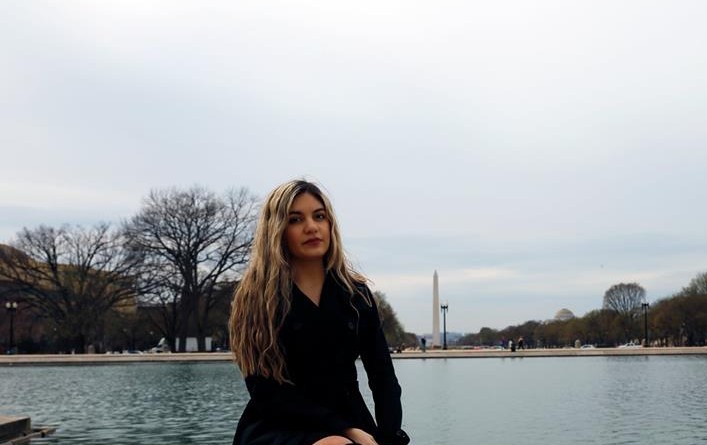 “I’ve been a regular reader and admirer of Aída’s work at The Intercept,” said Nation editor D.D. Guttenplan. “She’s obviously sharp, skeptical about power, and well plugged into progressive networks in Washington. She’s also shown a great eye for picking out insurgent candidates before the rest of the press show up, and for cultivating sources who help her write stories with real impact. Washington is a one-person bureau for us, but that never stopped I.F. Stone or Christopher Hitchens from making headlines—and history. I’m delighted to welcome her to The Nation.”

“I’m so excited and honored to join The Nation,” added Chávez. “In a time of extreme economic, political, and social volatility, it’s critical that the left offer informed, fact-based reporting and analysis to counter the narratives of the political and media elite. The Nation understands the importance of holding the Biden administration accountable—and I’m looking forward to reporting on the White House, Congress, and the cruelty of American capitalism, with such an iconic publication.”

Chávez was previously a congressional reporter at The Intercept, covering policy, progressive politics, and the broader tug-of-war within the Democratic Party, as well as campaigns and elections at every level. She was one of the first to cover Alexandria Ocasio-Cortez, as the lead writer of a profile Ocasio-Cortez called a “game-changer” for her 2018 primary campaign. Chávez has also written for The Washington Post, The Hill, Refinery29, The Arizona Republic, and Arizona PBS. She studied journalism and political science as an undergraduate at Arizona State University and is currently in a heterodox economics master’s program at CUNY.

In the past year alone, based largely on leaked documents, The Nation was first to reveal that the US military predicted a coronavirus pandemic; uncover the administration’s terrifying reclassification of ICE and Customs and Border Protection as security agencies (which inspired public outcry from Senators Leahy and Blumenthal); and report on the Department of Homeland Security’s involvement in domestic protests, including federal agencies’ tapping protesters’ phones. Over 115 members of Congress signed on to a letter citing The Nation’s reporting, and demanding accountability from the Office of the Attorney General and the DHS. We also sounded tragically prescient siren alarms about threats of right-wing terrorism—threats that we saw borne out at the Capitol this January.

In these unprecedented times, The Nation remains committed to impactful accountability journalism that provides a deeper understanding of the world as it is—and as it could be—by lifting up stories overlooked by the mainstream media. Recognizing that change happens both within and outside of the halls of power in Congress and the White House, our D.C. bureau will continue to cover movement building on the energized left at a pivotal moment in American history—paying particular attention to the Biden administration’s economic policy, efforts to steer an unprecedented recovery, and engagement with its activist base.