For days, federal agents in unmarked cars have reportedly been snatching Portland protesters off the streets. On Thursday, video emerged of federal agents clad in camouflage fatigues and unspecified “police” patches apprehending one such demonstrator and placing him in an unmarked vehicle. Social media lit up with speculation about the intentions—and the identity—of these agents. A memo consisting of internal talking points for the federal agency responsible for the arrest, Customs and Border Protection (CBP), and obtained exclusively by The Nation provides some answers—and raises even more questions.

Dated July 1, the memo is titled “Public Affairs Guidance: CBP Support to Protect Federal Facilities and Property” and marked “For Official Use Only.” It describes a special task force created by the Department of Homeland Security (DHS) in response to President Trump’s Executive Order on Protecting American Monuments, Memorials, and Statues and Combating Recent Criminal Violence. That task force, the Protecting American Communities Task Force (PACT), has been tasked not only to assess civil unrest but also to “surge” resources to protect against it.

The Portland arrest of Mark Pettibone, first reported by Oregon Public Broadcasting, followed several similar arrests involving officers from a Border Patrol Tactical Unit (BORTAC)—CBP’s equivalent of a SWAT team—as well as the US Marshals Special Operations Group. A CBP spokesman confirmed to The Nation that CBP agents were responsible for the arrest, pointing to authorities under the Protecting American Communities Task Force.

“Violent anarchists have organized events in Portland over the last several weeks with willful intent to damage and destroy federal property, as well as injure federal officers and agents,” said the CBP spokesman. “These criminal actions will not be tolerated.”

The talking points memo identifies a series of potential questions, including many of those being asked in response to the Portland arrests. In several cases, it instructs CBP officials not to answer them, citing “operational security.” For example, in response to questions about where CBP personnel are being deployed, the memo says “it would not be appropriate to disclose law enforcement operational specifics which could jeopardize operational security.” As for questions about when CBP personnel will be deployed and for how long, the memo states, “We do not give out operational specifics, however we hope this support will be short-term, just for the July 4th weekend.” The CBP spokesman, however, did not give any indication the operation would be coming to an end. “The Department of Homeland Security [DHS] and its components will continue to work tirelessly to reestablish law and order,” he said.

While many people have criticized the alleged lawlessness of the arrests, some even engaging in conspiracy theories about them, these arrests are likely legal, according to current and former federal law enforcement officials interviewed by The Nation. And that’s exactly what makes them so troubling, explains Jenn Budd, a former senior Border Patrol agent.

“During the DC protest, many federal agents removed their insignia,” Budd explained, referring to a June 1 protest in front of the White House where protesters were teargassed. “What the agencies discovered was that they could do this without much blowback from Congress,” Budd explained.

A former senior DHS intelligence officer explained that while other federal agencies are required to wear identifiers when conducting arrests—NCIS agents have to wear both marked jackets and hats during arrests, for example—that is not the case with the DHS. “The fact is, they don’t have to do anything in marked vehicles,” he said. “Such operations happen all the time and at the discretion of supervisors.”

“If it gives them a tactical advantage, they will find a way to justify it,” a current DHS official told The Nation.

But just because the practice is legal, that doesn’t mean it works in law enforcement’s favor. “It’s good for public image to have visible police presence as a deterrent,” the former intelligence officer said.

The memo also addresses the question of whether CBP will deploy drones again. CBP formerly deployed a predator drone over Minneapolis, to the consternation of many in Congress, who sent CBP a letter excoriating the agency. The memo instructs CBP representatives to respond: “At this time CBP Air and Marine Operations has assets on standby to assist as needed.”

Though CBP frequently uses drones to conduct border surveillance, the Minneapolis incident appeared to be one of the first times that they had done so in response to domestic protests. Budd believes the DHS has undergone a “mission creep” phenomenon, wherein its mission and authorities have gradually expanded over time—a process carried out cumulatively over the Bush, Obama, and Trump administrations.

“‘Mission creep’ is what CBP, Border Patrol, and ICE have been engaged in since 9/11,” Budd said. “There are all sorts of interesting powers that CBP, ICE and Border Patrol have under Title 42 pandemic law, which has been triggered with Trump’s Covid-19 national emergency declaration. Even though he claims we should not be in pandemic lockdown, he refuses to lift the emergency declaration because this gives these agencies more authority. All of this is legal because of vague and broad authorities given to these agencies after 9/11.” 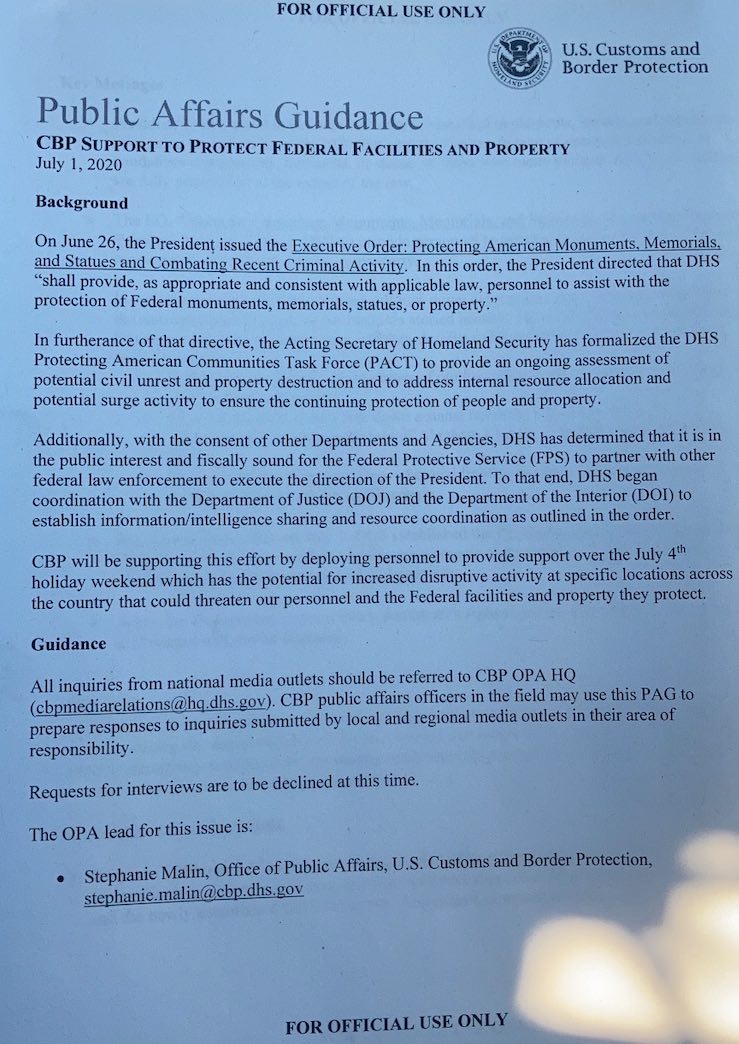 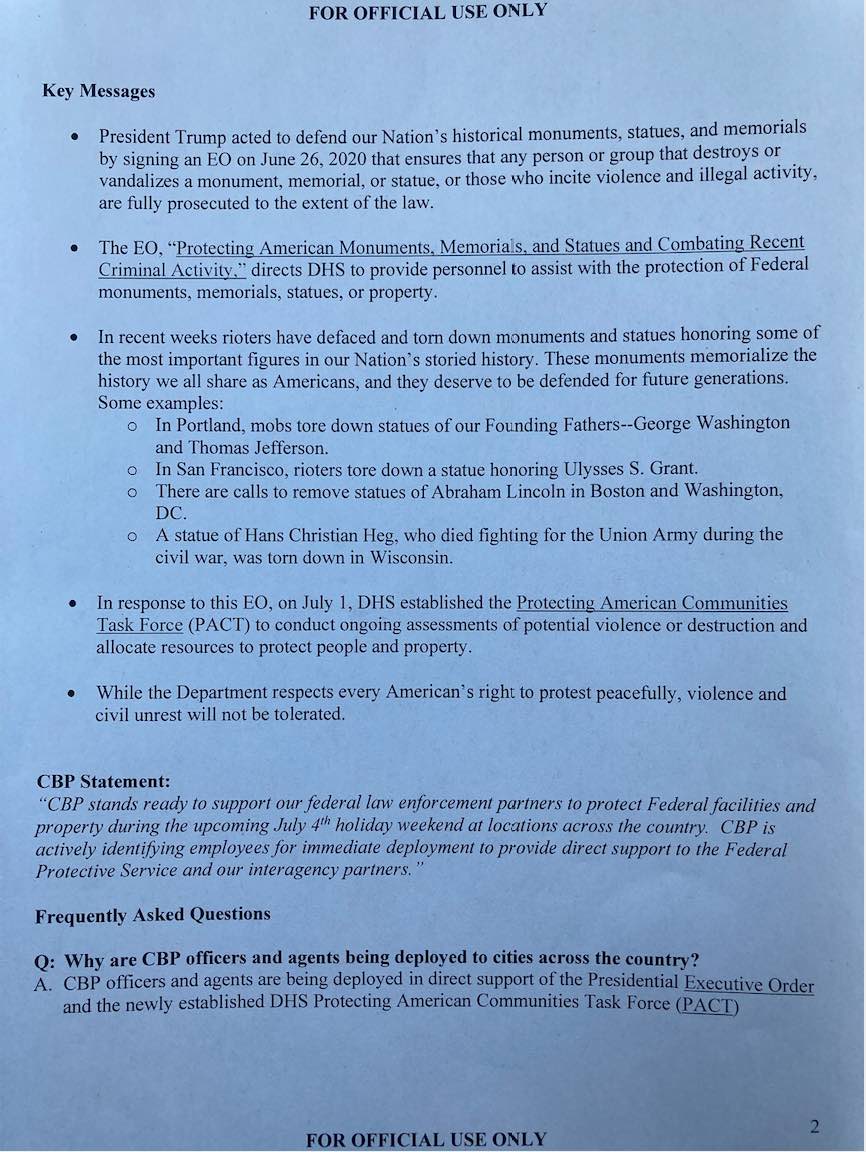 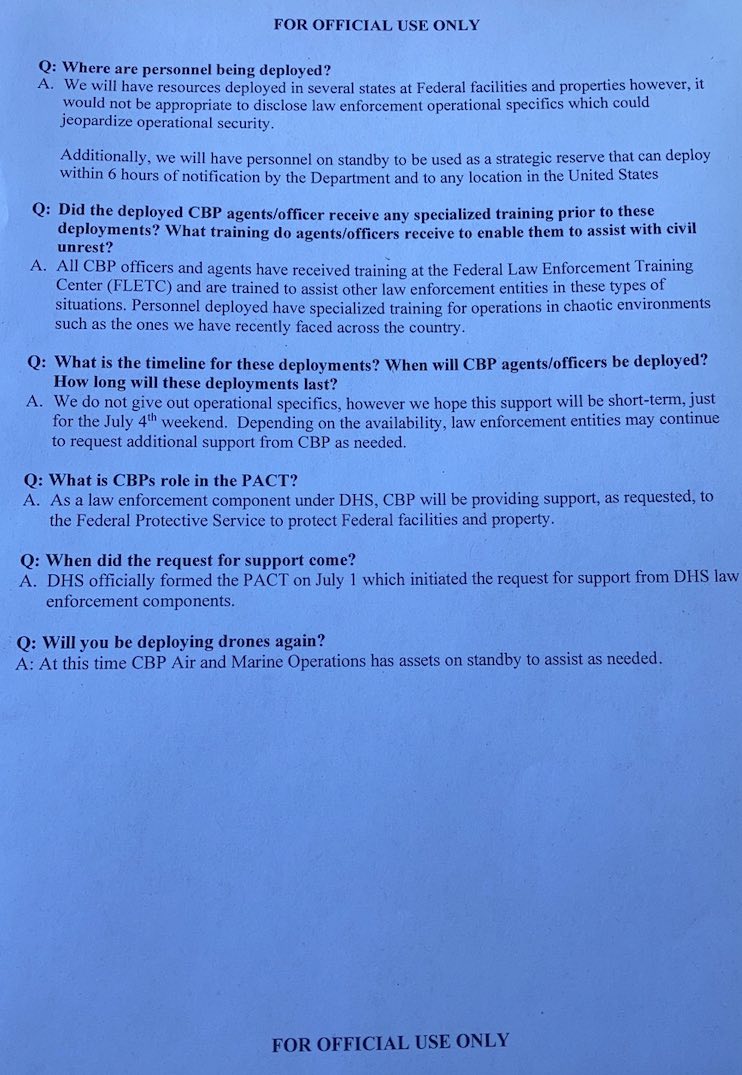 Correction: A previous version of this article incorrectly stated that the deployment of a predator drone by Customs and Border Protection over the Minneapolis protests in May was the first time a CBP drone has been deployed in response to domestic protests. The CBP also deployed drones over protests at Standing Rock between 2016 and 2017.
Keep Reading
Ad Policy

The Crusade Against Civil Liberties During World War I