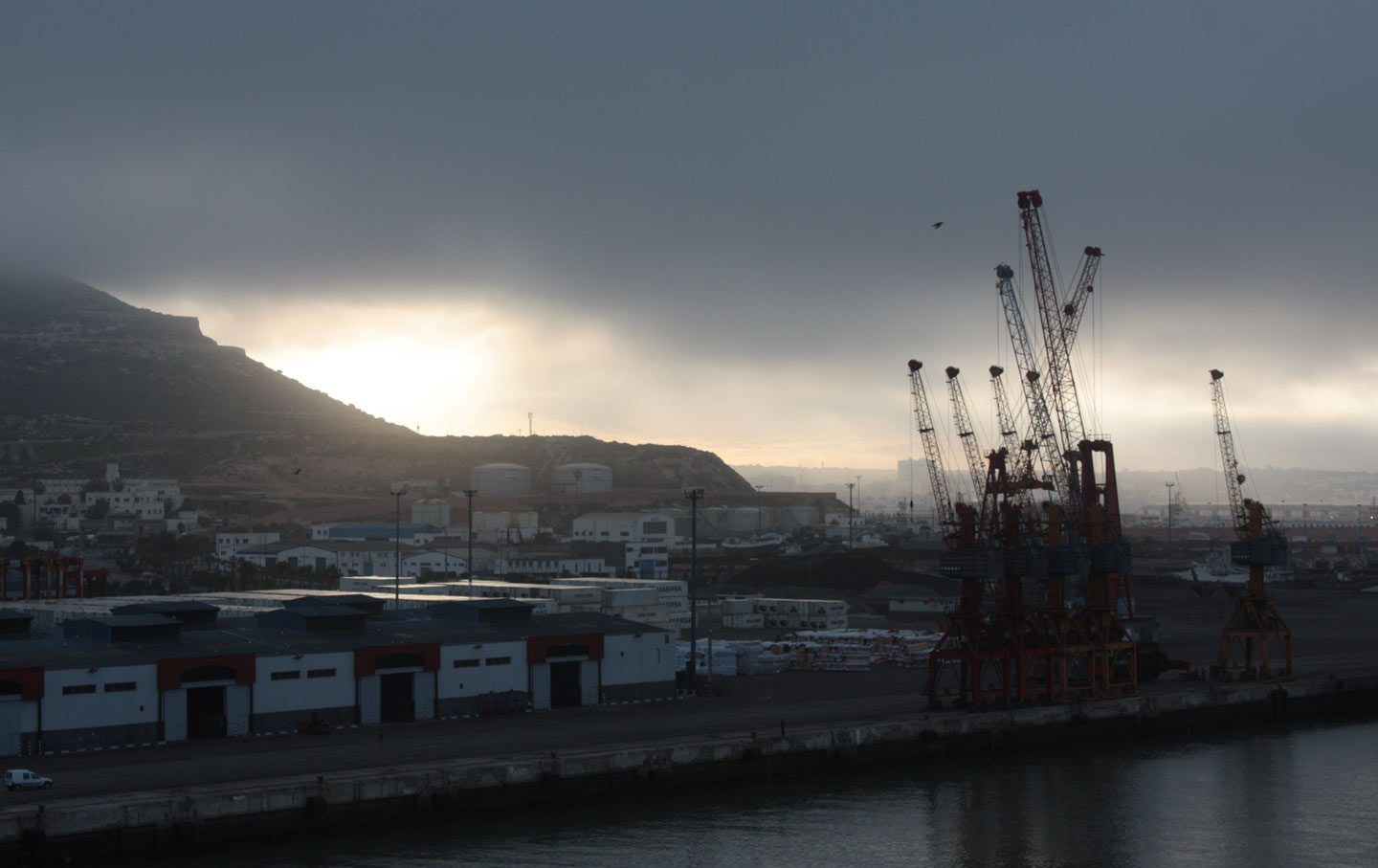 Five years after Occupy Wall Street and the Arab Spring erupted on the world stage, the wave of youth-led protests have largely retreated into the social margins, pushed back by vicious reaction from the political and economic establishments. At least in one corner of North Africa, though, the sentiment behind those movements is still resonating.

About 500 fishing cannery workers are in crisis in the Moroccan city of Agadir, according to the International Union of Food, Agricultural, Hotel, Restaurant, Catering, Tobacco, and Allied Workers’ Associations (IUF), which is campaigning on the workers’ behalf. The workers, most of them women, have since last March been struggling to hold onto their jobs in the face of a vicious union busting scheme by a prominent food processing corporation, DOHA, which exports tinned fish and other delicacies to North America and Europe. The union reports that the management, “with the help of compliant legal and political authorities, has sought to dissolve the union, dismiss its members, criminalize and punish the strikers and confiscate the union leaders’ home.”

The management, according to labor activists, targeted the union representing the cannery workers, the left-leaning Confédération Démocratique du Travail, early last March, dismissing 51 employees, 45 of them women, about half of them union members. The action prompted about 500 workers to go on strike. Nearly a year later, the workers are still waging a legal battle to challenge the mass firings. The company, meanwhile (which has not yet responded to inquiries), has put the union on the defensive by suing for €280,000 in “punitive damages.” Since the union leader, Rahmoun Abdellah, could not afford the penalty, “the court ordered ‘precautionary confiscation’ of his apartment,” reports the IUF. The union confirmed by e-mail on Sunday that the the management has used “strikebreakers” to replace the regular workers, though the litigation is still pending. (Moroccan law allows employers to seek a court injunction against strikers found to be unduly interfering with business, but the union argues DOHA acted illegally.)

The conflict appears to fit a pattern of labor conflict both within Morocco and across the global seafood industry. The IUF’s fishing industry campaigns have faced massive challenges in protecting workers at large multinational processors like Philips and Philippines seafood exporter Citra Mina, which have been accused of abetting or committing abuses across the supply chain, including suppressing organizing efforts, safety violations, precarious employment, mass firings, and “slave like” conditions on fishing boats.

According to IUF representative Kirill Buketov, who is in contact with union activists on the ground, the retaliation for organizing the DOHA workers have apparently faced reflect “a general problem for the whole sector—in most countries fish workers denied their very basic rights for organisation.” Local and international labor activists now fear the strike could also have a chilling effect on the broader labor movement in Morocco.

As the labor impasse wears on, Buketov says via e-mail, “The whole local community is now worried—if [it] is so easy to punish the union leader in such a brutal way, that basically means the end of free unionism and the hopes of the spring of 2011.”

The apparently weak labor protections suggest the limitations of the civil society movements that blossomed in the Arab Spring, as well as the failed promises of trade liberalization as a modernizing force in North Africa. The Morocco-US free trade deal, enacted in 2006, aimed to usher in bilateral trade and “development,” but persistent reports of labor conflicts and union suppression suggest that as long as economic exploitation remains endemic to the neoliberal economic structure, transnational commerce likely won’t encourage meaningful social reform but, rather, reinforce existing hierarchies.

Though Morocco is considered a relatively stable country within the region, the labor movement, similar to Tunisia and Egypt’s unions, has had an uneasy relationship with the state since the season of protests, sit-ins, and strikes in 2011. Buketov notes that the DOHA union is one of several new labor organizations that “were inspired and formed during the Arab Spring.” Shortly after protests erupted, Morocco’s soft-authoritarian government looked to tamp down the unrest by inaugurating “social dialogue” with civil society, opening a path to significant, if modest, reforms in the government sector and soon, the recognition of new independent unions.

But five years after the initial burst of activism, Buketov adds, “the situation is changing, the authorities decided unions have too much power and are moving on union rights.” It’s an unfortunate political reversal. According to University of Tennessee professor Matt Buehler, “Even though Morocco’s monarchy retained firm control of the country throughout 2011, Moroccan trade unionists used instability from the uprisings to drive change in domestic politics.” As the historical opposition force, the labor movement mobilized to push through important longstanding labor demands for members. When the government feared mass upheaval, talks with militant public sector unions resulted in significant wage hikes, promotions and pension increases. For Moroccan civil society as a whole, Buehler argues, “union mobilization provided an opportunity for two traditionally antagonistic opposition groups—Islamists and leftists—to ally to pursue similar goals and reward their predominantly middle class supporters.” (He underscores that in contrast with the mediagenic images of “Twitter revolution” led by youngsters seeking bourgeois social liberties, the political momentum was more organic, rooted in working-class “economic discontent and inequality.”)

It was not a revolution, but a step toward a viable civil society. And Morocco has remained relatively stable compared to its chaotic and warring neighbors. But across the region, the labor left, historically frustrated both by government co-optation and by partisan conflict, faces uncertainty. There have been periodic mass labor protests in recent months, and recently Morocco’s four major unions have called for a general strike in late February to protest austerity policies. Nonetheless, the political energy unleashed by the Arab Spring ultimately did not produce structural economic changes that drove the unrest. After all the social turbulence that the 2011 uprisings stirred, and all the political expectations it inspired, none of the changes have been quite radical enough to satisfy the modest desire that drove people into the streets five years ago, and still drives the DOHA workers today: dignity and decent work.