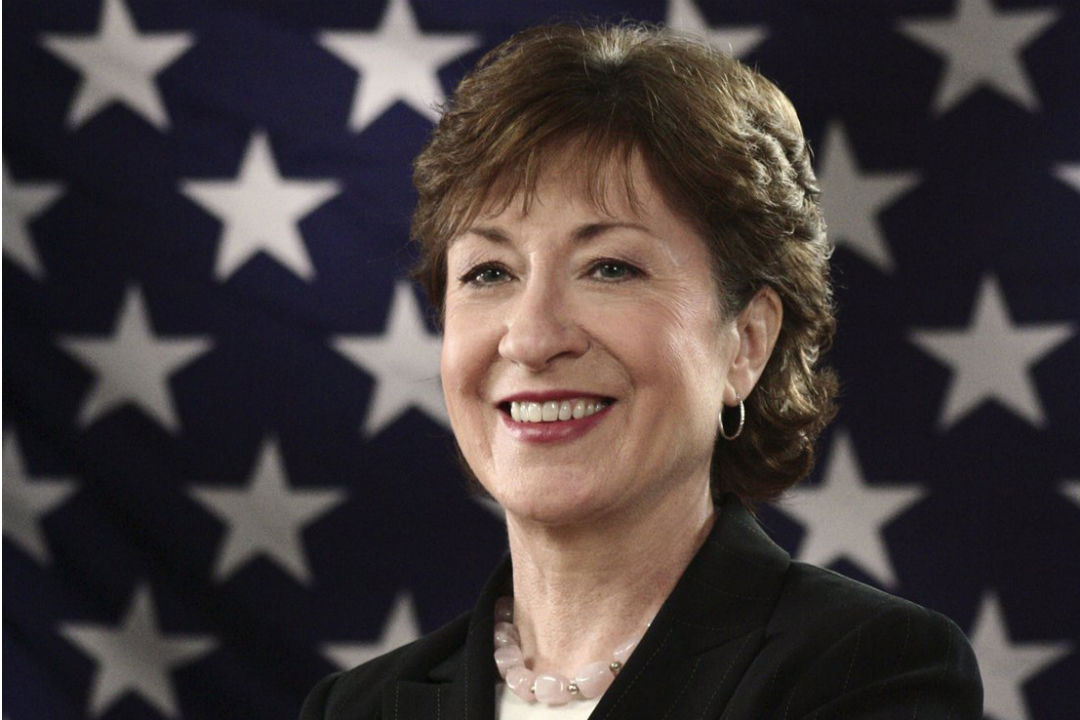 Susan Collins is supposed to be the last reasonable Republican in the Senate.

The pair of New England Republicans with whom she had aligned in something of a regional caucus—fellow Mainer Olympia Snowe and Scott Brown of Massachusetts—are gone. So, elite media outlets frequently remind us, it’s up to Collins.

But on a fundamental question of democratic governance—accounting for civilians killed by US drone strikes—Collins does not appear to be up for it.

The Senate Intelligence Committee, on which Collins sits, voted this month to require the government to report on the number of civilians who have been being killed by drone strikes, as part of a broader effort to bring the Congress into a proper advise-and-consent role when it comes to killings that are committed in the name of the American people but without their informed consent.

The legislation is a big deal: “Because the U.S. government number is secret, we can’t have a normal democratic debate about the policy,” explains the group Just Foreign Policy. “Government officials anonymously tell the press that civilian deaths from drone strikes have been rare. Independent reporting says otherwise. Government officials anonymously tell the press that the independent reporting isn’t accurate, but they won’t say why it isn’t accurate and they won’t say what is accurate. So the broad public is left with ‘he said, she said.’ Media that reach the broad public won’t challenge the government’s claims about civilian casualties until we can force the government onto the public record to defend its claims.”

“Because of the way the Senate works, Susan Collins’s opposition could keep this crucial reform of the drone strike policy from becoming law,” Naiman and his Just Foreign Policy colleagues argue.

Which takes this debate out of the Intelligence Committee, out of the Capitol and out of Washington.

Drone policy is unlikely to change unless Collins changes her position. But that is not likely to happen, Naiman suggests, “unless there’s some public agitation for it.”

To get that, there has to be a real debate about drone policy—nationally, but especially in Maine.

Nationally, there’s a MoveOn petition campaign urging Collins “to reverse her opposition to telling the public about civilian deaths from US drone strikes.” It has already attracted roughly 15,000 signatures, with thousands of new names being added daily.

But what about Maine?

The longtime executive director of the American Civil Liberties Union of Maine, recently announced that she would challenge Collins in 2014 as a “Democrat. Libertarian. Progressive.”

Bellows is serious about all three words. And she has a record of taking on both parties on issues ranging from the Patriot Act to freedom of information to drone policy. In fact, she has been a national leader on the final issue, having organized a left-right coalition that got the Maine legislature to pass legislation requiring police agencies to obtain a probable cause warrant before using drones for surveillance. (Governor Paul LePage vetoed the bill but then issued an executive order directing the state’s commissioner of public safety to issue a policy governing law enforcement use and operation of drones.

Bellows launched her campaign in October, with a declaration that

We need to repeal the Patriot Act and REAL ID.

We need to stop the NSA and the FBI from wasting their time and taxpayer dollars spying on ordinary Americans through our cell phones and email.

We need to place limits on drones.

Bellows argues that Congress has created a constitutional crisis by failing to defend basic liberties, and by failing to serve as a check and balance on executive overreach.

And her candidacy highlights a vital constitutional question—that of the right of Congress and the people to information about military missions—on which Collins is wrong.

Political campaigns, by their nature, are competitions for power. But they are also competitions of ideas. They can put issues into play. And they can force entrenched politicians to think anew about stances they have taken. Even those who might not back Shenna Bellows must recognize the value of a candidacy that demands Collins think more deeply about the essential role of the legislative branch in checking and balancing the executive.