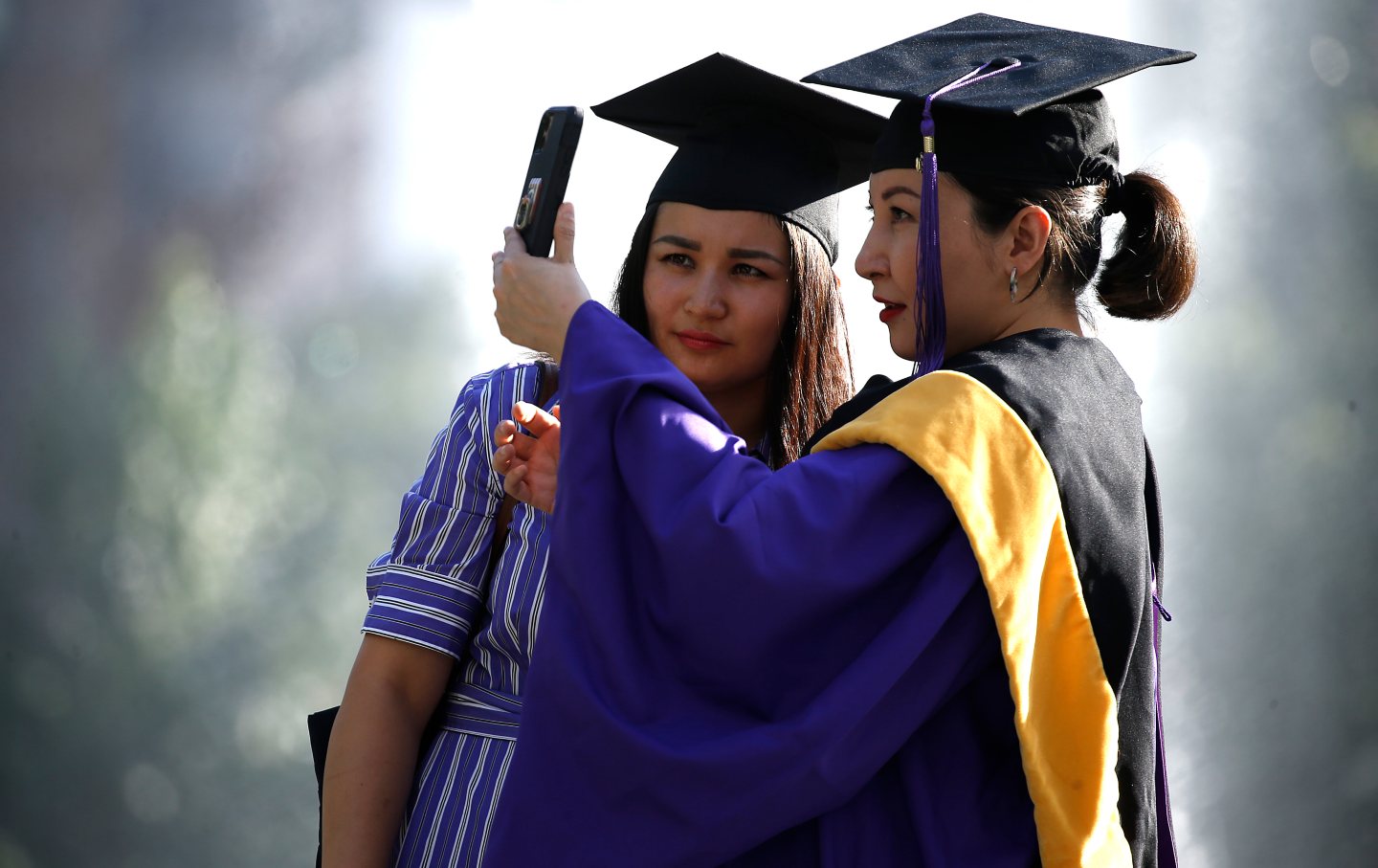 The start of the academic year is just weeks away, and the nationwide debate about reopening schools during the Covid-19 pandemic is still raging. The Trump administration has called full steam ahead and threatened to slash federal funding to districts that fail to follow suit. The rationale for reopening schools is rooted not in public health but in politics. President Trump wants parents to return to the workforce and resuscitate the economy to help him win reelection in November.

This comes as the Centers for Disease Control and Prevention warns about the dangers of in-person classes and as some teachers’ unions urge full-time virtual learning to protect the health of their members and students. Anyone who has spent any time in a public school knows that maintaining social distancing is all but impossible, especially in chronically underfunded schools where staff are in short supply and children are crammed in classrooms that regularly top 30 students. Before the pandemic, public schools were already asking parents to chip in for toilet paper, paper towels, supplies, and other essentials. Without funding to retrofit schools with personal protective equipment, disinfecting measures, trauma-informed care, nurses, and other services, any chance at safely reopening is delusional.

We cannot sacrifice students and staff on the altar of educational achievement and economic growth. Until there is a vaccine, educational instruction should be primarily virtual, supplemented with some physical activities, inspired by existing models of progressive education. In the spring, teachers and students scrambled to adjust to virtual learning with scant preparation, exposing gaping inequities. In 2017, 7 million students, or 14 percent of the school-age population did not have Internet access at home. The federal government needs to provide every child with a tablet or computer and make critical investments in broadband access.

In the 1960s and ’70s, progressive educators such as Paul Goodman, John Bremer, and George Dennison envisioned the city as the classroom. Goodman advocated to break up urban schools into dozens of mini-storefronts that “could combine play, serializing, discussion and formal teaching.”

Cities like Philadelphia saw the birth of “schools without walls.” Dubbed by Life magazine as “probably the most radical of all current high school experiments,” students in the Parkway Program learned in art museums, laboratories, theaters, businesses, newspaper offices, and along the banks of the Schuylkill River. The only physical space was a rented loft where weekly town hall meetings were held. “The schoolroom is the city, the teachers are the city’s employees and businessmen, the curriculum is the day-to-day events of the city,” Life wrote. 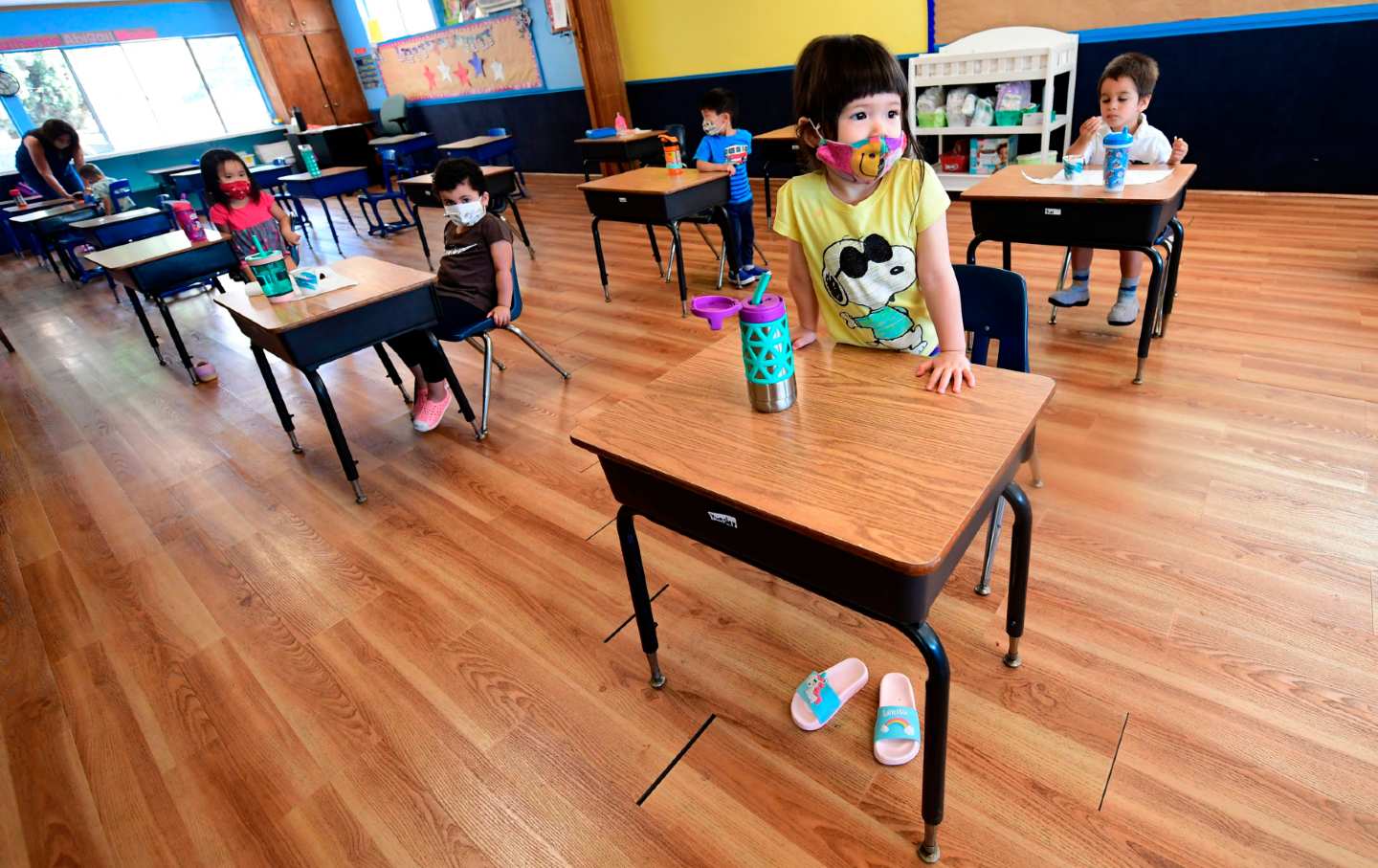 With transmission lower outdoors, mayors and governors could allow for classes—in staggered intervals—to be held in parks, streets, churches, stadiums, running tracks, woods, and other spaces. They could enlist the ranks of the unemployed to assist with logistics. It was educator John Holt who argued that the “best place for children to learn whatever they need or want to know is…the world itself, in the mainstream of adult life.”

At a time when families have been pent up at home for months on end, there are worries that children’s behavior and development are suffering from what Richard Louv called the nature-deficit disorder, “a description of the human costs of alienation from nature.” The antidote is outdoor, experiential learning. In Germany, there are more than 1,500 forest kindergartens (Waldkindergarten), where children engage in freewheeling play in parks, ponds, meadows, and wetlands in all the elements—heat, rain, and snow. In the process, they learn self-regulation, critical thinking, risk taking, and empathy. Over the past few decades, the model has been adopted across the United States in more than 150 nature-based preschools. The pandemic provides the opportunity for children to engage in project-based learning to safely explore the natural world. There could be a collaboration between the National Park Service, the United States Fish and Wildlife Service, and local school districts. In New York City, soon-to-be representative and former principal Jamaal Bowman, whom I have advised on policy, donated to, and campaigned for, and educators are calling on the city to pilot outdoor learning for early childhood students.

Little of this can begin to happen without a multibillion-dollar bailout of public education. The Senate must pass the $3 trillion HEROES Act, which the House of Representatives approved two months ago, to provide immediate relief to families, schools, and communities. The bill earmarks $90 billion for K-12 and higher education.

For months, public schools have been on the front lines, offering meals to poor children and childcare to essential workers. A mix of virtual and outdoor experiential learning can help them ride through the pandemic, while maintaining health and safety for students and staff.