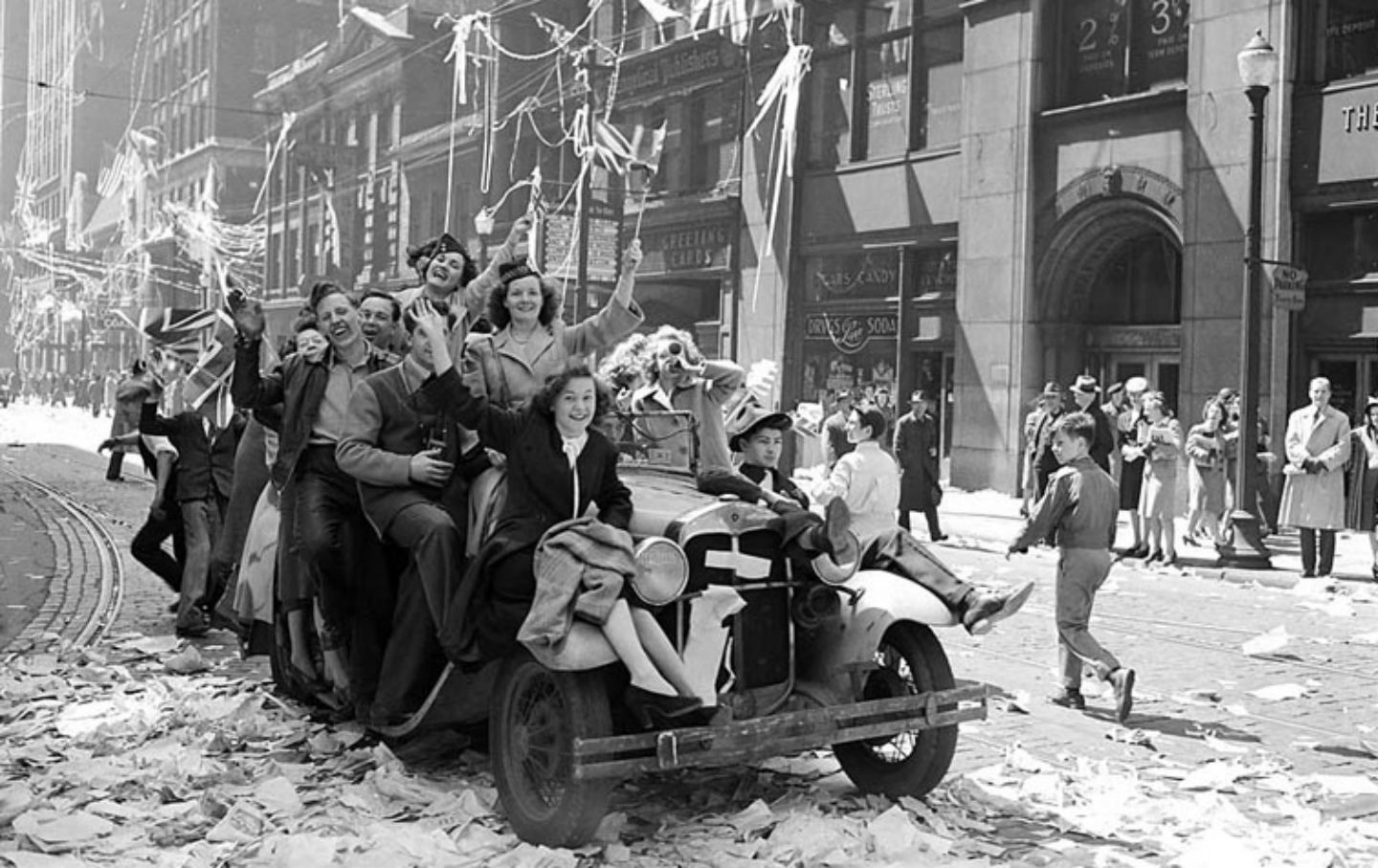 Many of the ambiguities that David Nasaw describes, in this week’s issue, as marking the end of World War II in Europe 70 years ago today were already evident in the issue of The Nation dated May 12, 1945. “The destruction, the displacement of millions, the death of millions more, the annihilation of cities and peoples, and the rupture of trust between the Allies after VE and VJ Days sow[ed] the seeds of the cold and hot wars that would mark the second half of the 20th century,” Nasaw writes. Such an outcome, sadly enough, would not have come as a surprise to Nation readers.

The first sentence of that 1945 issue, in an unsigned editorial, sounded a note of triumph: “This is the day for which free men of all nations in the world have longed and prayed and given up their lives. Fascism as a system of power and terror is dead. The black night is over.”

But The Nation’s editors also admitted to a certain “foreboding”: “If we have overwhelmed Nazism we have yet to eradicate the evil in our civilization from which it issued as a plague.”

Indeed, even in that valedictory moment the forces of reaction were already stirring to life in the United States itself. A few pages after the editorial, longtime Nation correspondent I.F. Stone reported on “Anti-Russian Undertow” at the conference to establish the United Nations. “It is time the American people became aware of what is really going on in San Francisco,” he began. Members of the US delegation privately viewed their goal as “the organization of an anti-Soviet bloc under our leadership.” Worse, Stone continued, “not a few of them are reckless enough to think and talk in terms of a third world war—this time against the Soviet Union.” If such duplicity were “brought forcibly to public attention,” Stone hoped, “it may yet be possible to stem dangerous undercurrents which have the gravest potentialities for the future.”

“It is infinitely easier to start wars and fight them than it is to end them,” Nasaw writes in his article. “War begets war; the signing of treaties and the celebration of victory do not bring about peace.” It is painful to imagine how much could have been avoided and achieved had warnings like Stone’s been heeded.