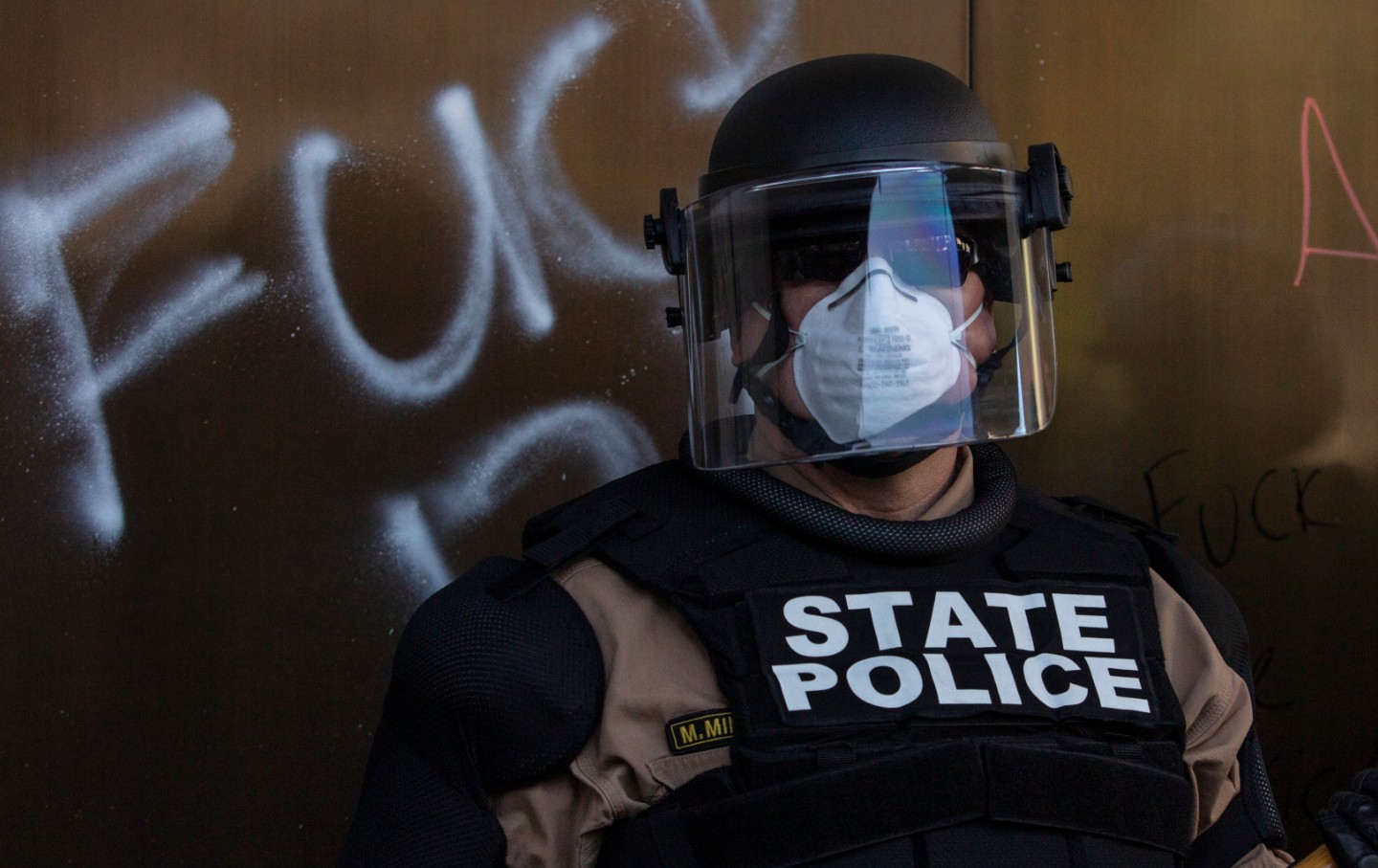 People from across the sports world have spoken out, raised money, and taken part in demonstrations after the police murder of George Floyd. One voice that we hadn’t heard yet has been perhaps President Donald Trump’s most outspoken critic in the wide world of sports, as well as someone who has never shied away from speaking about institutionalized racism or police brutality, San Antonio Spurs head coach Gregg Popovich.1

Late last night my phone rang, and it was Coach Pop. He was ready to say something.2

“The thing that strikes me is that we all see this police violence and racism, and we’ve seen it all before, but nothing changes. That’s why these protests have been so explosive,” he said. “But without leadership and an understanding of what the problem is, there will never be change. And white Americans have avoided reckoning with this problem forever, because it’s been our privilege to be able to avoid it. That also has to change.”3

The question of leadership clearly was weighing heavily on Popovich’s mind. At this critical moment, he was feeling despair over what he saw as a leadership void in the White House.4

“It’s unbelievable. If Trump had a brain, even if it was 99 percent cynical, he would come out and say something to unify people. But he doesn’t care about bringing people together. Even now. That’s how deranged he is. It’s all about him. It’s all about what benefits him personally. It’s never about the greater good. And that’s all he’s ever been.”5

Popovich then took a moment to imagine a different kind of leadership.6

“It’s so clear what needs to be done. We need a president to come out and say simply that black lives matter. Just say those three words. But he won’t, and he can’t. He can’t because it’s more important to him to mollify the small group of followers who validate his insanity. But it’s more than just Trump. The system has to change. I’ll do whatever I can do to help, because that’s what leaders do. But he can’t do anything to put us on a positive path, because he’s not a leader.7

“It’s like what Lindsay Graham and Ted Cruz used to say when they had the courage to say it: He’s unfit. But they have chosen instead to be invisible and obsequious in the face of this carnage. In the end, what we have is a fool in place of a president, while the person who really runs the country, Senator Mitch McConnell, destroys the United States for generations to come. McConnell has destroyed and degraded our judicial system. He has tried to destroy health care. He’s destroyed the environment. He’s the master, and Trump’s the stooge, and what’s funny is that Trump doesn’t even know it. Trump’s always wanted to be part of the in-group, but McConnell is an in-group of one, and Trump plays the fool.”8

Pop then makes clear his opinion that we have a uniquely malignant presence in the White House.9

“He’s not just divisive. He’s a destroyer. To be in his presence makes you die. He will eat you alive for his own purposes. I’m appalled that we have a leader who can’t say, ‘Black lives matter.’ That’s why he hides in the White House basement. He is a coward. He creates a situation and runs away like a grade-schooler. Actually, I think it’s best to ignore him. There is nothing he can do to make this better because of who he is: a deranged idiot.”10

I asked Coach Pop about the protests, about the raw anger that’s been produced by police violence, disease, and mass unemployment.11 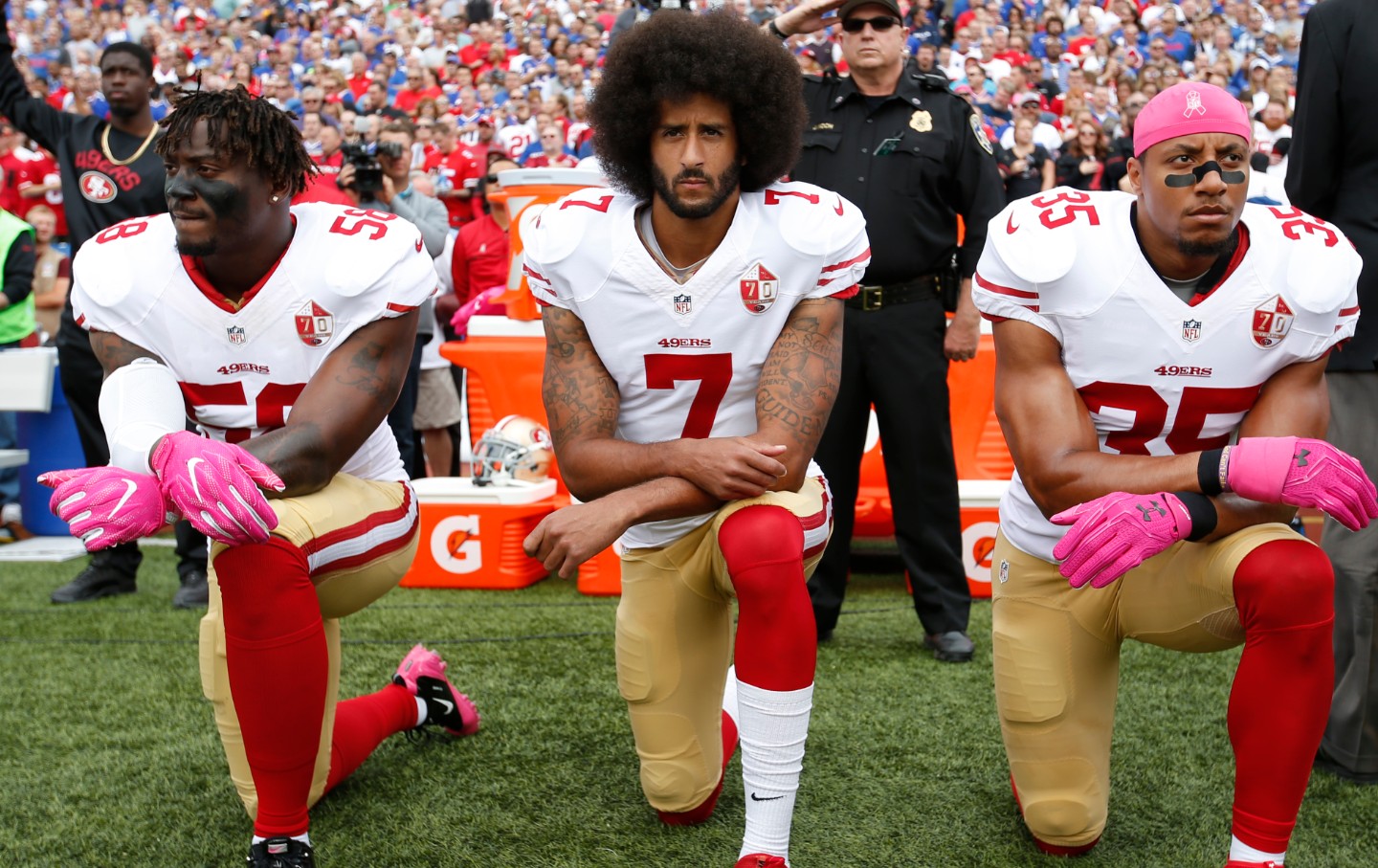 “They are very necessary, but they need to be organized better. It’s frustrating. When [Martin Luther] King did a protest, you knew when to show, when to come back the next day. But if you’re just organizing protests and everyone is coming and going in every direction, it doesn’t work that way. If it was nonviolent, they knew to be nonviolent, but this is muddled. More leadership would be very welcome so these incredible mass demonstrations can’t be used by people for other means. We can limit the bad, but only if things are organized better.”12

I wanted to ask how they could “limit the bad” if the police were instigating violence, as reported, in many locales. But before I could, Pop sighed deeply and said, “Again, we need change. The system has to change. I’m willing to do my part. That’s all I got. Bye, Dave.”13