A protester stands in front of a National Guard line moments before a curfew was scheduled to start in Minneapolis on May 29. (Renee Jones Schneider / Star Tribune via AP)

The US military is monitoring protests in at least seven states, according to Defense Department documents obtained exclusively by The Nation.

In addition to Minnesota, where a Minneapolis police officer killed George Floyd, the military is tracking uprisings in New York, Ohio, Colorado, Arizona, Tennessee, and Kentucky, according to a Defense Department situation report. Notably, only Minnesota has requested National Guard support. The documents were originally stored on an unclassified server but were subsequently elevated to a classified system. While the documents reveal significant National Guard force capabilities in each of those states, one Minnesota Guard member expressed concerns about the troops’ lack of training to respond to civil unrest.

A document pertaining to the Minnesota National Guard, marked “For official use only” (FOUO), describes one operation’s purpose: “Augment MN State Patrol Civil Disturbance Operations with a show of force.” Other operations are variously described as providing security for law enforcement agencies, defending the state Capitol, and “maintaining governance.”

Another document about the protests in Minnesota, titled “MNNG Civil Disturbance Response Storybook,” is also marked FOUO and is dated May 29. It states that National Guard members have been authorized for “weapon status red,” meaning magazines loaded but safety on. The document seems particularly concerned with not just harm to civilians but also potential damage to property, to which it refers several times. For example, the assessment line says the Guard will “ensure the safety of citizens and property.”

Trump’s Decision to Freeze WHO Funding Worries the US Military

A situation report details “Protester Actions” and “National Guard Reaction Force Capabilities” in six cities: Denver, Memphis, Phoenix, Louisville, New York, and Columbus. Troop capacities (labeled “PAX” in the document) range from 100 to 500 Guard members in each state, but the document reveals that there’s enough riot gear (RG) for only a fraction of them.

Asked why they were generating intelligence reports for six states besides Minnesota, Lt. Col. Chris Mitchell, a spokesperson for the Defense Department, told The Nation that producing this information amounts to sensible preparation in the event these states require assistance. “Without such situational awareness, it would be more difficult for DOD to respond if it becomes necessary (if requested by the governors of those states),” Mitchell said.

The system that some documents were moved to, the Secret Internet Protocol Router Network (SIPRNet), is a more tightly secured program than the unclassified one in which these documents were previously stored. The enhanced security makes it less likely that the documents would leak.

The Associated Press’s James LaPorta reported last night that military police deployed to Minneapolis had their orders placed in SIPRNet. Last year, LaPorta wrote that Defense Department documents regarding the Trump administration’s military deployment to the US-Mexico border were also on SIPRNet in order to prevent leaks to the press and limit media coverage.

Mitchell told The Nation, “The Department of Defense takes appropriate measures to ensure our information—electronic or otherwise—is safeguarded and handled appropriately. As such, we take necessary and prudent steps to minimize the unauthorized release of unclassified, but sensitive information.”

On Saturday, Minnesota Governor Tim Walz announced that he is fully mobilizing the Minnesota National Guard—the first time it has been called out since World War II.

In addition to the National Guard, Donald Trump has reportedly considered deploying active-duty military. Benjamin Haas, a D.C.-based attorney with expertise in national security law who is a former Army intelligence officer, stressed the dangers of this course of action. “Even if involving the active-duty military is legal and the circumstances on the ground demand further resources, it may not be wise as a matter of policy and optics. Putting soldiers into a politically charged law enforcement context is a sensitive matter, and Trump’s incendiary rhetoric has made an already tense moment even worse,” Haas said.

Walz also reportedly said during a press conference that the National Security Agency was providing “intelligence support” and intercepted communications regarding riots.

Asked about the Guard’s suitability for responding to civil unrest, Steven Aftergood, the director of the Federation of American Scientists’ Project on Government Secrecy, told The Nation via e-mail, “Although the National Guard is a component of the US Armed Forces, their crowd control mission in Minnesota is not a military mission. They are not trying to defeat an adversary, but to support their fellow citizens, to preserve order and to protect the defenseless. And unlike a response to natural disaster, they have to act in an environment of intense anger and provocation without losing their own bearings. It’s a near-impossible task even with the best training and equipment.”

One Minnesota Guard member, who spoke to The Nation on the condition of anonymity, said that many in the Guard were dreading being called up: “We’re a combat unit not trained for riot control or safely handling civilians in this context. Soldiers up and down the ranks are scared about hurting someone, and leaders are worried about soldiers’ suffering liability.”

The Guard member added, “My [colleagues] are people of common sense and common decency. They may not want to step over any lines when doing their jobs, but wanting only goes so far when you’re undertrained and underequipped.” 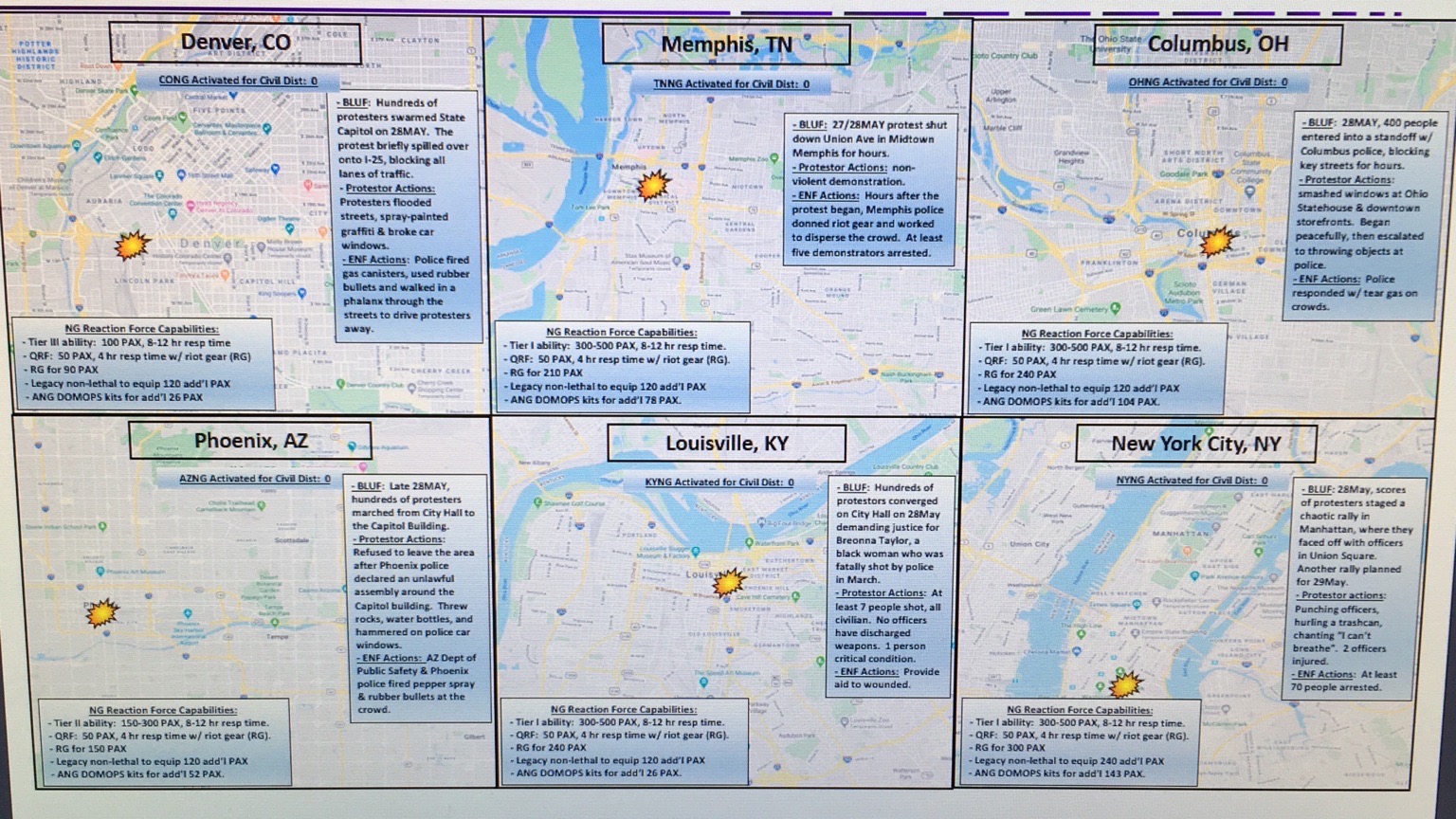 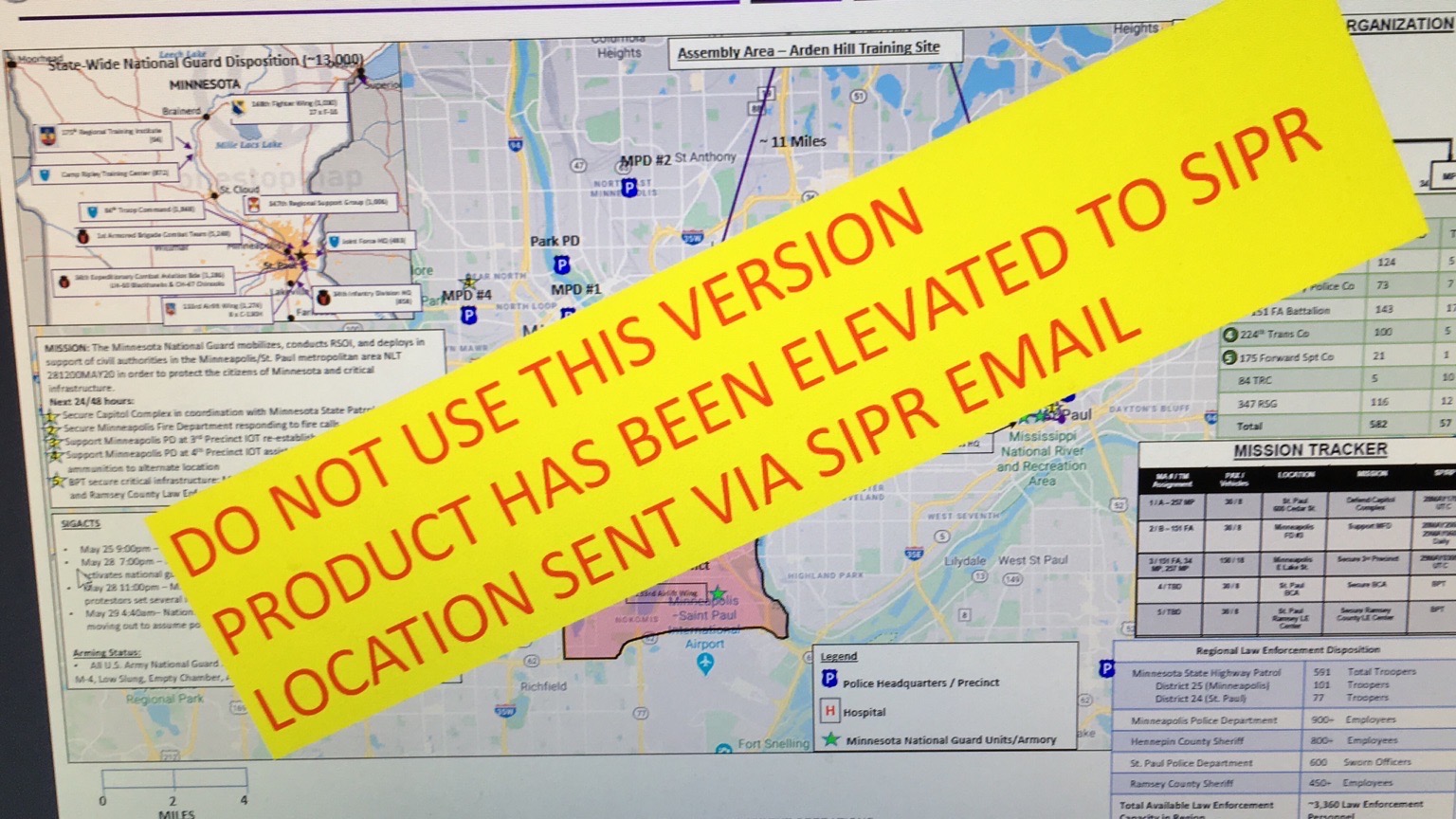 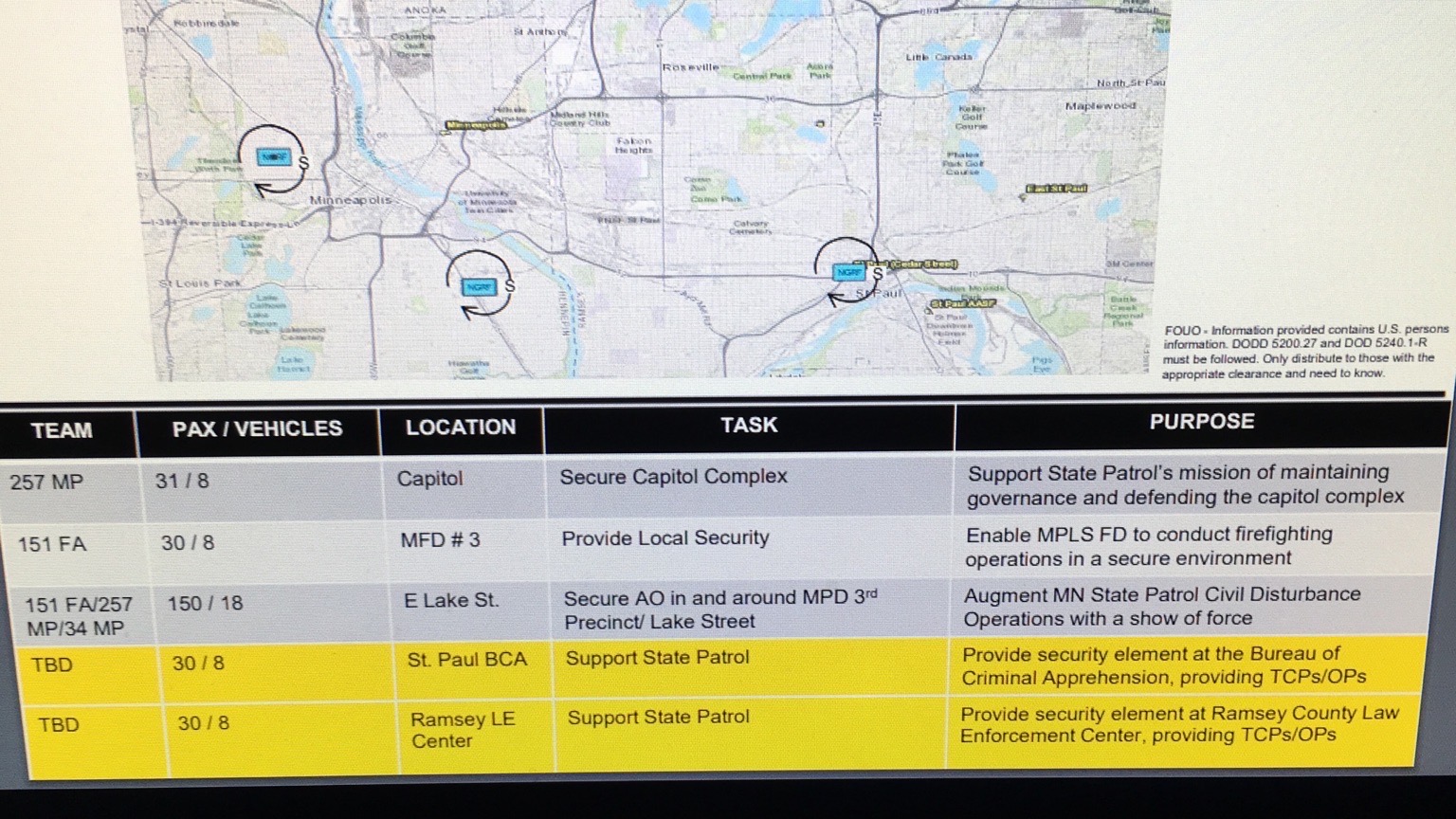 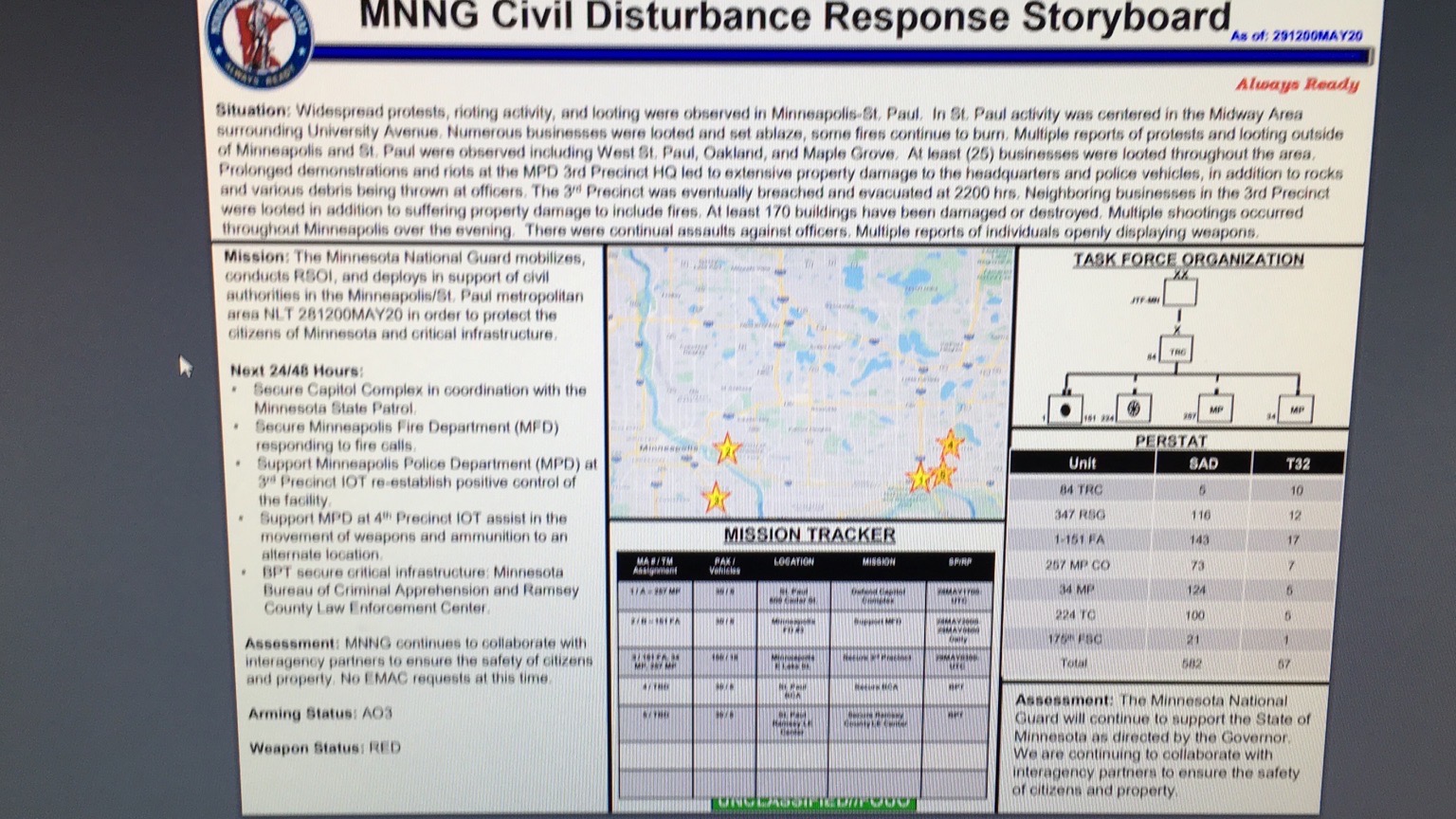