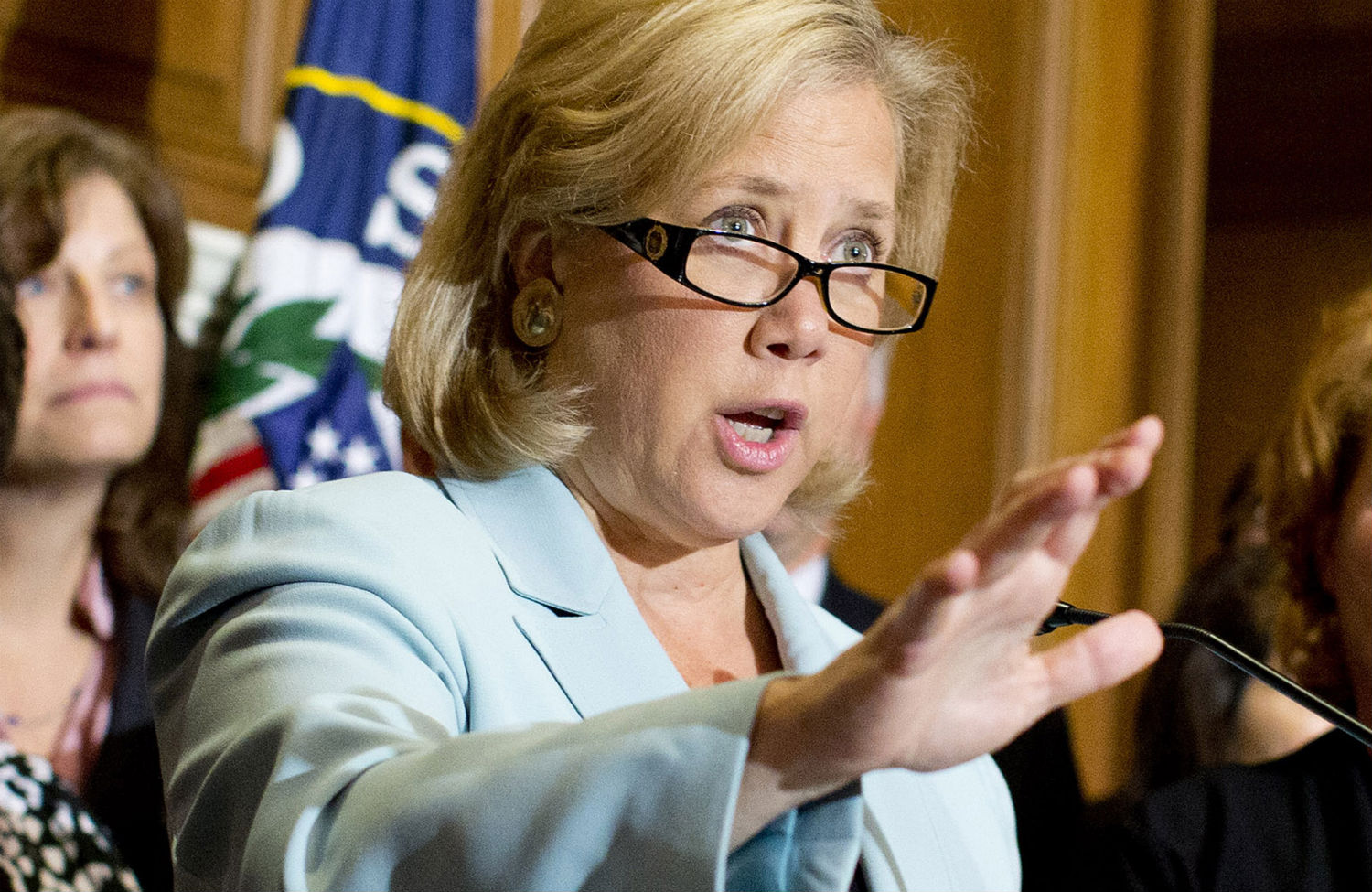 There isn’t much to see driving south on Evangeline Throughway through Lafayette, Louisiana, besides a few dilapidated houses and, at the intersection with 10th Street, a bright red billboard. A photo of Senator Mary Landrieu in a red jacket, her blond hair swept across her forehead, fills its right side. “100% pro-abortion voting record,” the billboard reads, and directs passerby to a website titled “Too Extreme for Louisiana.”

Landrieu’s campaign is one of the closest and most closely watched contests of the midterm elections, as it could decide which party controls the Senate. Louisiana has no primaries, so Landrieu is in a four-way scrum to avoid a runoff. Her main competition is Bill Cassidy, a Republican congressman and doctor. Conventional wisdom says that Obamacare and energy are the key issues for voters in Louisiana, where Barack Obama is deeply unpopular and petrochemical interests have a stranglehold on state politics.

There’s little daylight between Landrieu and Cassidy in their stance on energy and business—so little that many of the industry groups known for supporting establishment Republicans are betting on Landrieu and the weight she pulls as chair of the Energy and Natural Resources Committee. The politics around Obamacare are shifting in Landrieu’s favor, too. Just last week the state’s Republican senator David Vitter passed on an opportunity to hit for Cassidy—whom he supports—when he said he might be open to expanding Medicaid through the Affordable Care Act.

In this heavily Catholic state, women’s health could prove a more meaningful point of divergence between the candidates. Cassidy is deeply conservative when it comes to abortion; he opposes it even in cases of rape and incest. On Sunday, members of his staff attended an annual breakfast in Baton Rouge sponsored by Right to Life, the group responsible for the anti-Landrieu billboard in Lafayette as well as several others in Shreveport and on the interstate that runs through Southern Louisiana. The Susan B. Anthony List plans to spend more than $1 million against Landrieu on a ground campaign and its own ads, which describe Landrieu’s vote for the Affordable Care Act as a vote for “taxpayer-funded abortion.”

Access to abortion has become increasingly restricted in Louisiana, as it has in other midterm battlegrounds like North Carolina. In early June, Louisiana Governor Bobby Jindal stood in front of a Baptist church in the city of Monroe and signed a bill that could shutter most of the state’s abortion clinics, in an echo of provisions passed in Texas, Mississippi and Alabama in recent years. The law, which requires abortion providers to have admitting privileges at nearby hospitals, emerged in a legislative session that failed to advance several measures intended to support women’s health and economic security, including the Medicaid expansion, a minimum-wage increase and an equal pay act.

Democrats in other swing states are highlighting these kinds of attacks on women as an illustration of the GOP’s extremism, but so far Landrieu has not made gender an issue in her campaign. In North Carolina, Kay Hagan is targeting female voters in her race against Tom Tillis, the speaker of the North Carolina House whose accomplishments include the infamous “motorcycle abortion bill.” Colorado senator Mark Udall has a new ad out highlighting his opponent’s anti-choice record. In Kentucky, Alison Lundergan Grimes hammered Mitch McConnell for being “on the wrong side of every woman’s issue out there.” In turn, the Democrats’ bid to keep the Senate is getting a boost from liberal women’s groups like Planned Parenthood Action Fund and EMILY’s LIST, who are putting millions behind female candidates, Hagan in particular.

The political landscape is very different for Landrieu. “In other circumstances, she could make inroads with conservative women who care about women’s issues. But if she can be construed as part of establishment that is pro-choice, that trumps everything,” said Pearson Cross, a political scientist at the University of Louisiana in Lafayette.

Cross credits Louisiana’s sharp rightward turn in the last decade not only to anti-Obama sentiment but also to the GOP’s leveraging of religion to flip voters in the heavily Catholic south- and central-western parishes known as French Acadiana, formerly a blue stronghold.

“The Republican Party picked that lock by appealing to voters on the basis of abortion,” said Cross. “Catholics [in Louisiana] are now voting in majorities for Republicans, which is something they had never done before.” That switch was evident in the 2008 presidential election, in which 70 percent of Louisiana Catholics voted for John McCain.

In this context, it makes sense that Landrieu would try to avoid a conversation about abortion. She describes her own stance as centrist; she supported a late-term abortion ban, but otherwise has defended abortion rights on the principle of separation of church and state. It was on that basis that she called the new restrictions signed by Jindal “very troubling,” arguing that “the last place the government needs to be is in the church, in the doctor’s office or in the bedroom.”

Still, given that Democrats see women as being key to the control of the Senate, it’s notable that Landrieu isn’t yet aggressively courting female voters via her record on less controversial issues like equal pay legislation, which she has pushed for. So far she’s chosen instead to paint herself strictly as a gender-neutral champion of the oil and gas industry, and the black sheep of the Democratic Party. As a result, she is not drawing on the support of the liberal groups playing heavily in other states. She is the only female Democratic incumbent in the Senate who has not been endorsed by EMILY’s list. Planned Parenthood Action is also not supporting her campaign at this point, though a spokesperson said the group is “keeping an eye” on the race.

Meanwhile, conservative groups like Americans for Prosperity are trying to speak to Louisiana’s women via targeted ads, and Cassidy has indicated that he’ll put abortion front and center. One recent poll showed Landrieu losing ground among white female Democrats. As the race picks up, it will be interesting to see whether Landrieu engages in a fiercer fight for this constituency.