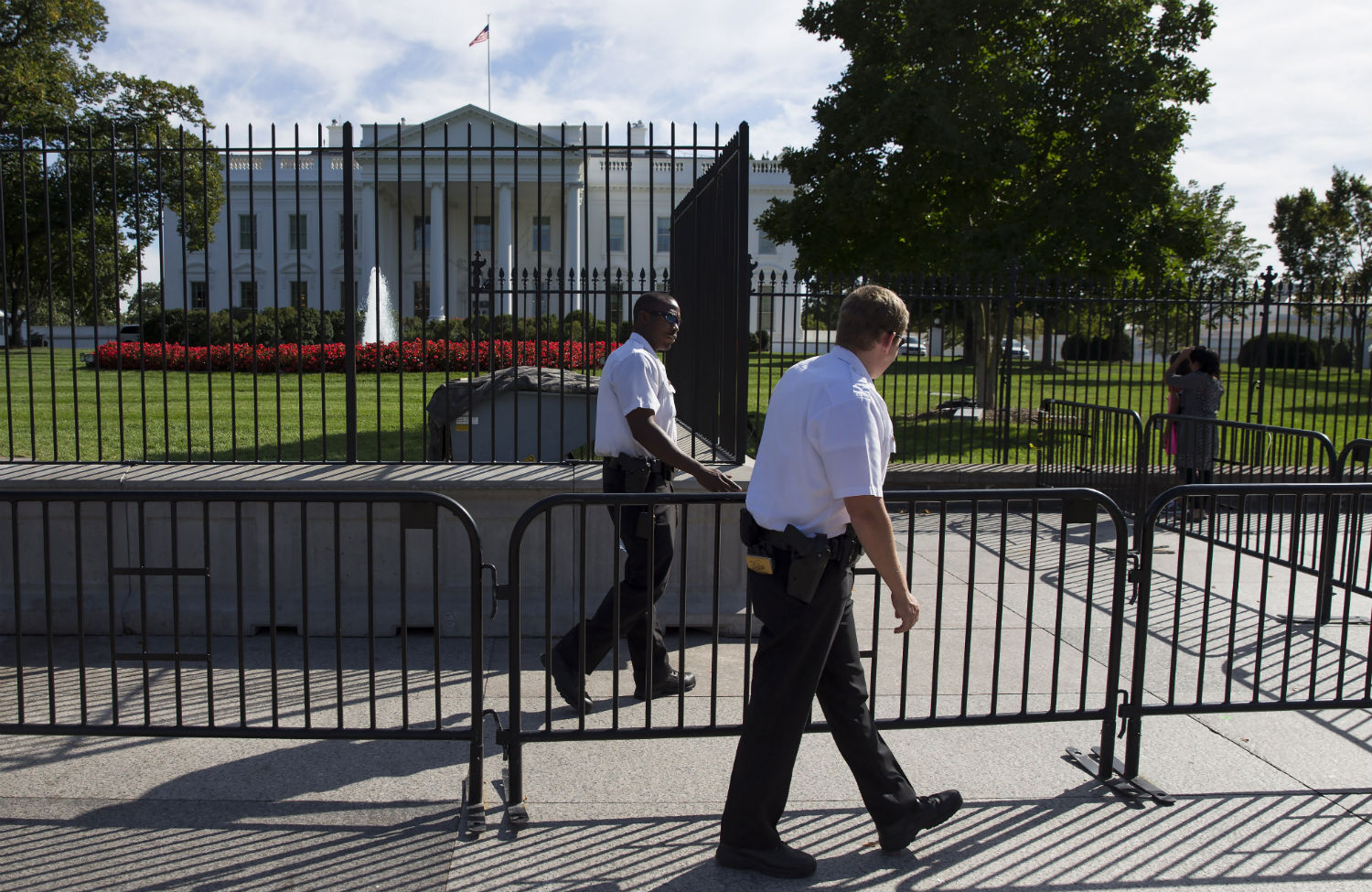 Reading details of the Secret Service’s failure to protect the president, I was jolted by a sudden premonition. Our country is once again risking “the fire next time.” James Baldwin’s dreadful prophecy—a phrase he borrowed from an old Negro spiritual—was published in 1963 when the civil rights movement was approaching its climactic triumph. Yet the novelist’s resonant warning came true a few years later. Cities across America were in flames. This is not a prediction of what is coming, but my fear. We should talk candidly about this risk before it is too late.

Let me be explicit about what I imagine might occur. If something bad should happen to hurt President Obama or his family, the “fire” could be ignited again by people’s rage and sorrow. Some will object that my warning is inflammatory, but I see silence as a greater danger.

The basic fact is this: there are demented Americans who do want to harm the president and have repeatedly threatened his life. Nobody knows how many or how dangerous they might be. Threats are a standard circumstance for the presidency, but the alarming difference is that threats against Barack Obama have been three times higher than for his predecessors, according to The Washington Post, which first revealed the Secret Service lapses. The explanation is obvious. This president is black, so is his family.

“Michelle Obama has spoken publicly about fearing for her family’s safety since her husband became the nation’s first black president,” Post reporter Carol Leonnig wrote. “Her concerns are well-founded. President Obama has faced three times as many threats as his predecessors, according to people briefed on the Secret Service’s threat assessment.”

After the Post reported this elevated risk assessment, The New York Times was told by a Secret Service spokesman that the threats against Obama have subsequently subsided to more typical levels. Given recent episodes in which the agency withheld embarrassing facts, even from the president, it is hard to judge which estimate to trust.

My larger point is this: the country is again becoming a racial tinderbox. We have witnessed many warning signs in places like Ferguson, Missouri, where another white cop shot an unarmed black teenager. Politicians mostly look the other way, perhaps fearful of provoking stronger emotions. But some politicians have actively encouraged racist resentments. The political system is implicated in stoking social discontents, white and black, because it has been unwilling (or unable) to do anything about the economic distress. It feels as though the society is stymied too, people waiting sullenly for some triggering event that might express their pain and anger.

Specifically, I accuse the Republican Party of adroitly exploiting racial tensions in the age of Obama in order to mobilize its electoral base and gain political advantage. Black Americans know what I mean. They have endured such political tactics for many generations. Indeed, as black leaders told Peter Baker of The New York Times, many African-American citizens are suspicious of the Secret Service failures that exposed the black president to danger.

When Barack Obama was elected six years ago, I wrote a short editorial for The Nation, “This Proud Moment,” that celebrated his historic achievement and the country’s. “Racism will not disappear entirely,” it said, “but the Republican “Southern Strategy’ that marketed racism has been smashed.” That seemed true at the time, but now sounds foolishly premature.

The Republican Party has not given up on racism. It has developed new ways to play the “race card” without ever mentioning race. With Obama in the White House, the GOP does not need to run TV ads featuring “black hands” taking jobs from “white hands” or the one that shows Willie Horton, the black rapist. Obama’s own face on television is sufficient. It reminds hard-core supporters why they hate the man.

Instead of obvious race-baiting, the GOP plan was to demonize Barack Obama right from the start. He was portrayed as an alien being, a strange character and not truly an American. Maybe he was African like his absent Kenyan father. Where is the birth certificate? And he’s a socialist like those foreigners in Europe. Iowa Senator Charles Grassley revealed that Obama’s health care reform includes “death panels” that will decide when old people must die. The half-baked Donald Trump was invited to Republican forums to mock the black guy.

When the “birther” movement ran out of steam, the ideological accusations hardened in its place. Fox News and other TV talkers upped the ante. Obama wasn’t just a political issue. The black guy was a threat to America’s survival as a nation of free people. The “takers” were the lazy Americans (read: blacks on welfare) who lived off virtuous Republicans who are the “makers.”

Barack Obama was uniquely prepared to liberate politics from its racial taboos, and he had the courage to try. He had grown up biracial and at home in both cultures. He understood that he could not prevail if he became the “black candidate,” since that would inflame some voters and make the election about race. Obama adroitly avoided that pit—but perhaps did not anticipate that white Republicans would find ways to demonize anyway. He kept searching sincerely for compromise. They kept pinning inflammatory labels on him.

The clearest evidence that agitating racial malice was the Republican subtext for brutally disparaging Obama’s intelligence, character and loyalty was reflected in the behavior of their Senate leader Mitch McConnell of Kentucky. On the eve of Obama’s first inauguration, McConnell informed fellow Republican senaors that there would be no working relationship with the Democratic president—none. The GOP would oppose everything and block every measure the White House proposed.

“If he was for it, we had to be against it,” said Senator George Voinivich of Ohio. “All he cared about was making sure Obama could never have a clean victory.” Vice President Joe Biden, who presided in the Senate, was taken aback by McConnell’s hard line. It crippled the Obama presidency, but also did great damage to the country. Biden heard from seven Republican senators who told him the same thing. They said, “Joe, I’m not going to be able to help you on anything. We can’t let you succeed.”

This take-no-prisoners strategy does not by itself prove that McConnell was purposely agitating racial resentments but the fact that his leadership style was so stubborn and single-minded suggests that Republicans had committed to a strategy that would exploit the racial memory of white Southerners and other conservatives. McConnell was not himself racist when I knew him slightly in the early 1970s, when he was then a young staffer on Capitol Hill and an upfront liberal Republican, especially on civil rights. I expect his views on race are not changed.

But as a white Southerner, he cannot claim to be ignorant of what he was doing. With his hard-nosed strategy, McConnell was shamefully agitating old racial stereotypes, hoping to make the black guy a one-term president. He failed at that, but he still poisoned the political atmosphere for the country. I am not accusing the Republican Party and its leaders of plotting to harm the president physically. I am accusing them of deliberately inflaming racist attitudes that might inspire others to commit malicious acts by others. They deserve shame, however the elections turn out.

Even more shameful in my book, the Supreme Court and its right-wing majority have collaborated in this partisan effort, aiding and abetting the Republican party’s racial politics. The Justices Roberts, Kennedy, Scalia, Thomas and Alito are, measure by measure, destroying rights that citizens won in years of hard struggle. In the process, they are also destroying the Court’s honorable reputation.

The party of Lincoln moved south forty years ago and embraced the die-hard remnants of white supremacy. The country will not restore two-party representative democracy until the southern segs are once again overcome.