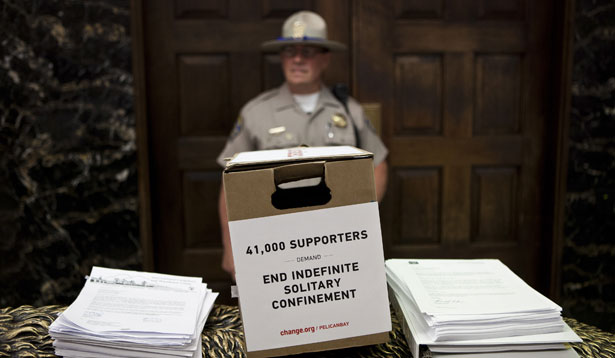 It's a long read, but worth it. Theo Padnos, the American journalist who was held captive in Syria for nearly two years before being released, recounts his story.

“The Laborers Who Keep Dick Pics and Beheadings Out of Your Facebook Feed,” by Adrian Chen. WIRED, October 23, 2014.

From Adrian Chen: "Baybayan is part of a massive labor force that handles “content moderation”—the removal of offensive material—for US social-networking sites. . . .Social media’s growth into a multibillion-dollar industry, and its lasting mainstream appeal, has depended in large part on companies’ ability to police the borders of their user-generated content—to ensure that Grandma never has to see images like the one Baybayan just nuked."

When a Twitter user complained in October that the "gay scenes" in Scandal and How to Get Away With Murder were "too much," executive producer Shonda Rhimes quickly shut it down. "There are no GAY scenes," Rhimes tweeted. "If u use the phrase 'gay scenes,' u are not only LATE to the party but also NOT INVITED to the party." In her perfect analysis of this moment on Colorlines, Jamilah King makes a simple but profound point: they are in fact gay scenes, and it's valuable to name them as such. In an era when gay sex is still criminalized in some places, and punished with violence in others, it's important to own our queerness, and own it with pride. As King writes: "Gay sex is gay sex. Gay sex is hot. Gay sex is not straight sex."

“Kelli Stapleton Can't Forgive Herself for Trying to Kill Her Violent, Autistic Daughter. Can You?” by Hanna Rosin. New York, October 20, 2014.

Shortly after Kelli Stapleton’s 14-year-old daughter Issy returned home from treatment for her violent aggression, Kelli drove the teen to a secluded spot, lit a charcoal grill and placed it in the van, and shut the doors of the vehicle so that it would fill up with carbon monoxide. Her plan was to kill her daughter and herself so that they would go “to Heaven together,” but police found the two before either died. In Hanna Rosin’s latest story, she explores how a mother could be so afraid of her daughter that she tried to kill her. But Rosin also forces us to confront the countervailing narratives and the people who believe Kelli never intended to die that day. The story is a gripping and heart-breaking read, and it doesn’t leave us with any easy answers.

“Let's Talk About Sex: Why Sexual Satisfaction & Pleasure Should Be on the International Development Agenda," by Chloe Safier. Oxfam blog, October 22, 2014.

Ever heard the term sexual health? It will hopefully become part of the way we discuss sexuality in the years to come. The World Health Organization defines sexual health as: A state of physical, emotional, mental and social wellbeing in relation to sexuality; it is not merely the absence of disease, dysfunction or infirmity. This understanding of sexual health is not popularly held among development groups, non-governmental organizations and government institutions, though Oxfam's Chloe Safier argues it should be. Pleasure is important! Safier explains that feminists and women's rights organizations have been treating sexual pleasure as a legitimate issue, and one to which all people are entitled, for decades. Safier, a development professional herself, challenges the international development community to incorporate a larger understanding of sexual health into their work. Safier argues that: A revised approach to sex within the international development community would make the link between sexual pleasure and power dynamics, choice, health, and rights. It would account for the realities of people's holistic (and sometimes pleasurable) sexual lives, and further, move beyond the gender binary of women and men.

Interest groups—including dark-money groups—are pouring rivers of dollars into judicial elections, undermining the integrity of the justice system. This story illustrates how judicial campaigns have transformed over time, especially after the 2010 Supreme Court decision Citizens United, to the extent that justice has now a price tag.

This Al Jazeera investigation reveals how a new piece of software is being used by state election officials to identify "repeat voters," threatening the votes of nearly 7 million people, a disproportionate number of whom are black, Hispanic and Asian-American voters. The faulty program, called Crosscheck, only takes into account first and last names, ignoring discrepancies in middle names, suffixes and social security numbers. This is crappy technology with a built in racial bias being used without transparency, in what seems like an effort to disenfranchise voters, especially those of color. Actual voter fraud identified to date: basically nil.

“A mother who just wanted to know when her son would eat,” by Victoria Law. Waging Nonviolence, October 29, 2014.

This week, my article pick is Victoria Law's long read in Waging Nonviolence (an online publication founded by former Nation interns) on the impact of the 2013 California Prisoner's Strike, both with respect to prison reform movements and the fight to end solitary confinement in America. Four rival gang leaders organized the strike, which took place primarily at Pelican Bay State Prison. The respective heads of the Aryan Nation, Black Guerillas, Nuestra Familia and the Mexican Mafia were forced—through the sheer cruelty of the conditions in the Secure Housing Unit or SHU—to band together in coalition and organize a hunger strike. Law's piece profiles a mother, formerly incarcerated herself, whose journey to become a full-fledged prison reform organizer was spurred on by the incarceration of her son, a participant in the hunger strike (along with 30,000 other inmates). The strike lasted for 60 days, ultimately led to public hearings on long-term isolation and significant reductions in the use of solitary as a punitive tactic enacted by corrections officers. Law paints a compelling portrait of families organizing together for liberation.

In the next few weeks, a grand jury will render a decision about the pursuit of an indictment against Officer Darren Wilson of the Ferguson Police Department. In preparation for the expected denial of an indictment, the St. Louis police department, which took over the investigation of the slain, unarmed black teen Michael Brown, plans on spending tens of thousands of dollars monitoring the Ferguson protest movement. According to figures obtained byThe Guardian, since August the St. Louis county police department has spent a total of $172,699 on militarized equipment. This article details expenses of military-grade equipment including smoking canisters, grenades, rubber bullets and batons. It's understandable to keep "police officers and all citizens safe" in Ferguson, but protecting the police and the community does not call for the purchase and use of such militarized equipment or responses. The Ferguson community is still in mourning and reeling from the death of one of its beloved citizens. It appears quite contradictory that the police department is spending nearly five times as much as the median household income in Ferguson to induce harmful and dangerous effects on their citizens who are simply marching for answers and justice in the unjust death of their neighbor.

"The Contestant," by Daniel Alarcon. The California Sunday Magazine, October 5, 2014.

The host of "El Valor de la Verdad," one of the first reality shows to air in Peru, doesn't remember "anything special" about the first contestant, 19-year-old Ruth Thalía. As a guest on the show, Ruth Thalía was hooked up to a polygraph and forced to answer personal, often embarrassing questions. If she told the truth, she was rewarded with money. During the course of the show, Ruth revealed that she danced at a nightclub and had accepted money for sex. Her parents were mortified, and after the show aired, Ruth Thalía could barely bring herself to leave the house. Then she disappeared. When publicizing her disappearance, TV outlets referred to her not as the girl from El Valor de la Verdad, but as a prostitute. Alarcon's story tracks down the cause of Ruth Thalía's disappearance and, ultimately, her death. He places her story within a larger framework of impoverished Peruvian people who seek fame and fortune to better their lives, some of whom, like Ruth Thalía, tragically pay the ultimate price.