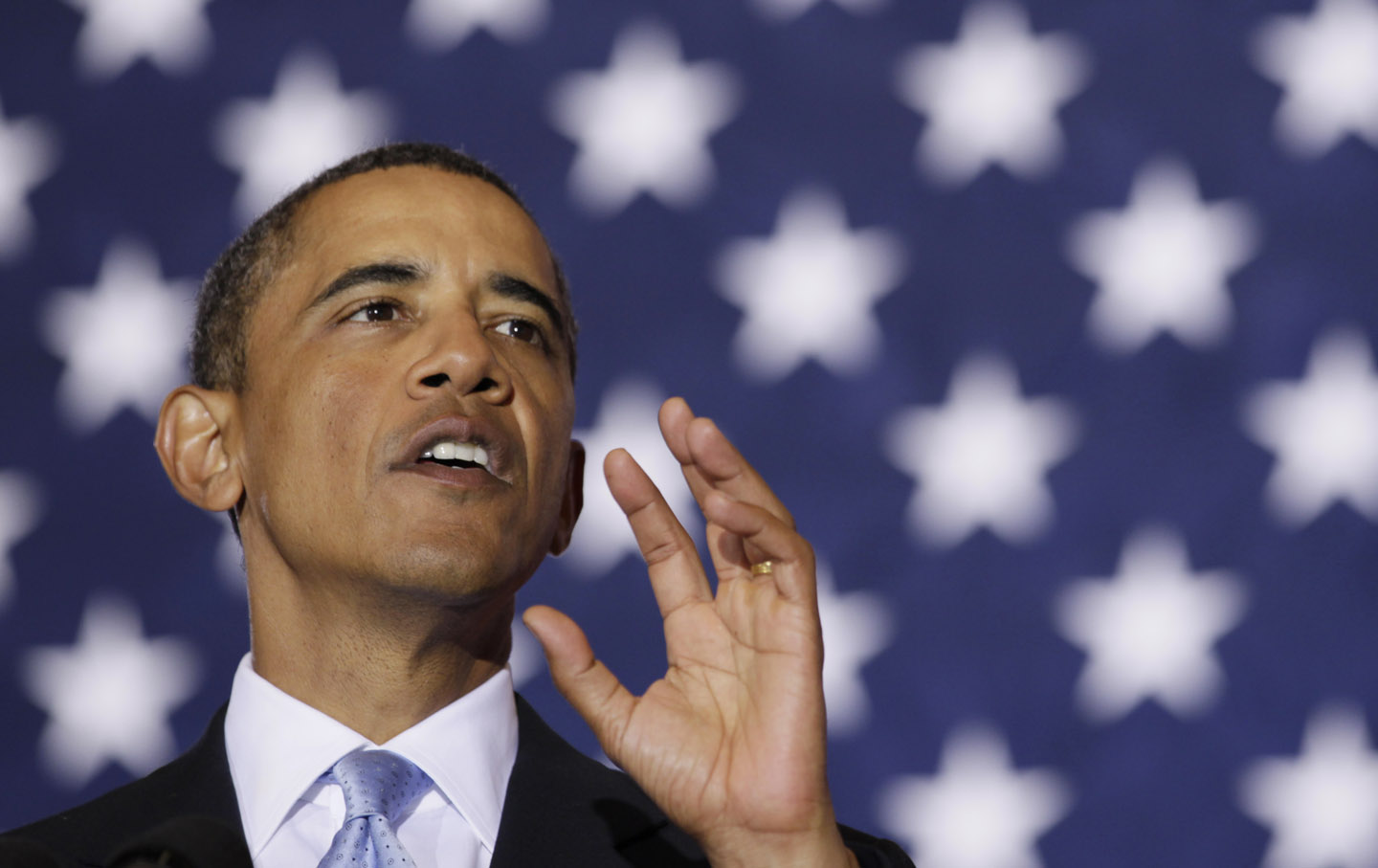 On Barack Obama’s first opportunity as president to join New Orleans as we commemorated an anniversary of Hurricane Katrina and the levee failures, he instead sent what amounted to a postcard. Obama and his family were vacationing on Martha’s Vineyard in Massachusetts. “None of us can forget how we felt when those winds battered the shore, the floodwaters began to rise, and Americans were stranded on rooftops and in stadiums,” he said in a weekly address broadcast August 29, 2009. “Over a thousand people would lose their lives. Over a million people were displaced.”

The previous year, when he was campaigning in New Orleans, Obama had insisted that George W. Bush provided a “metaphor for his entire presidency” when he chose to fly over, but not land in New Orleans two days after Katrina. So what were we to make of the new president’s decision to stay on vacation on the first Katrina anniversary of his presidency?

Bush did indeed deserve blame for his administration’s slow and sloppy response to the collapse of federally built floodwalls. And he deserved blame for the disastrous PR decision to be photographed looking down on the city. But during the rest of his term, he had made appearances on or near all the anniversaries of that catastrophe. The first president to not appear for a Katrina anniversary was Obama.

In October 2009, during his first presidential visit to the city, Obama told an audience at the University of New Orleans that he had sent “more Cabinet members to this region than almost anywhere in the country, not just to make appearances, but to listen, and to learn, and help you move forward.”

Why the Lower Ninth Ward Looks Like the Hurricane Just Hit

A Movement Lab in New Orleans

Cabinet officials are super important. That said, nobody had the name of cabinet officials on their bumper stickers. Nobody had been spotted wearing a baseball cap emblazoned with the name of former Housing and Urban Development Secretary Shaun Donovan. Nobody was wearing t-shirts featuring then–Homeland Security Secretary Janet Napolitano. Arne Duncan can hoop a little bit, but there were no posters of him on anybody’s wall. So despite all of the sincere and heartfelt attention Obama’s cabinet officials had given the city, despite the multiple ways they had assisted residents and government officials in the rebuilding process, the people of New Orleans wanted to see their president — like all Americans in crisis do.

The next year, the five-year commemoration of Katrina, Obama was in New Orleans. He quoted the book of Job, which chronicles the suffering of a man who did nothing to warrant his suffering: “There is hope for a tree, if it be cut down, that it will sprout again and that its tender branch will not cease.”

Today, as New Orleans prepares to commemorate the 10th anniversary of its near destruction, Obama is again scheduled to be in the city. He will be able to see tender branches that have sprouted and dead stumps that are going to rot.

Days before Obama’s scheduled arrival in New Orleans, HUD announced major policy revisions to Road Home, the government program created to help Louisiana residents rehabilitate or sell their flood-damaged properties. Thousands of homeowners who were given money to either repair or elevate their homes didn’t receive enough support to complete those tasks. Many of them nonetheless sank the little bit of money they received into their houses. Yet because they didn’t have enough resources to complete the rebuilding, they were considered out of compliance with the program and on the hook for tens of thousands of dollars.

“We believe there are a significant number of responsible homeowners who participated in this program in good faith but ultimately lacked sufficient resources to repair their damaged homes,” HUD said in an August 24 press release. “We won’t victimize people who made an honest effort to do the right thing.”

For thousands of people in South Louisiana, today’s presidential visit won’t matter a fraction as much as Monday’s news that HUD won’t be coming after them for money. Even so, it is good that he will be here.

While always vulnerable to hurricanes, New Orleans used to be safer than it is now. There used to be a much bigger area of wetlands between the city and the Gulf of Mexico, and that helped slow down and soften the punch of big storms. But as the coast erodes, the Gulf creeps closer to New Orleans, and the closer it creeps, the more difficult it becomes to keep the city from going under.

The year after Katrina, then-Sen. Mary Landrieu won for Louisiana a change in the law the state had been demanding since the 1940s: a percentage of the royalties that the federal government gets for allowing drilling off our coast. Exploration companies have torn up the Louisiana coast in their pursuit of oil, but because they’ve drilled offshore in federal waters, the state hasn’t received any money to mitigate that damage. Landrieu prevailed with a law that, starting in 2017, would give states on the Gulf 37.5 percent of the royalties. That’s expected to be an annual $500 million the states have dedicated for coastal restoration.

In February, the president proposed a budget that would deny Louisiana and its neighbors that money because, as Interior Secretary Sally Jewell put it, “The outer continental shelf is owned by all Americans.” But not all Americans are watching huge chunks of their state daily wash away.

No matter how many times he visits New Orleans, it would be a horrible mistake for Obama or anyone else to take the money Louisiana needs for its coast. You can’t protect New Orleans by just building up flood walls in the city. You’ve got to take step back and look at the larger picture.