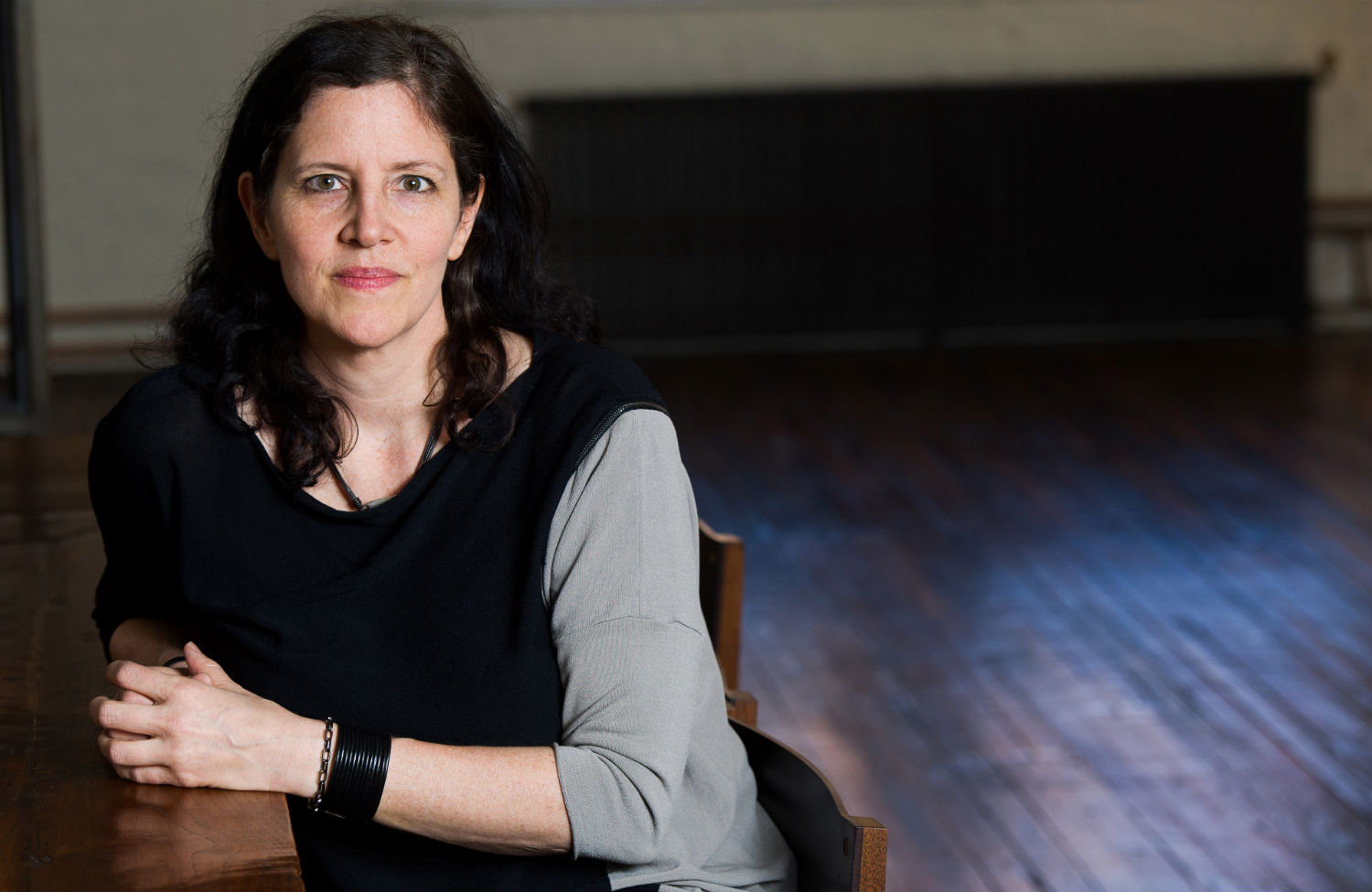 When Laura Poitras helped Edward Snowden turn thousands of classified documents into headline news, word spread that he would be the focus of the third installment of her trilogy of documentaries about post-9/11 America. Citizenfour captures Snowden and a small group of intrepid journalists, including Poitras behind the camera, as the NSA scandal breaks. The heroism and resolve required to act under the government’s gaze drive the film. Poitras herself was a surveillance target well before Snowden, detained in US airports some forty times between 2006 and 2012. The interview has been condensed and edited for clarity.

Astra Taylor: When Snowden first contacted you last year, you took an amazing leap of faith. Why did you trust that these messages weren’t entrapment?

Laura Poitras: My gut told me it was legitimate, but I was very cautious in our correspondence. At some point I actually asked him, “How do I know that you’re legitimate, that you’re not trying to entrap me, that you’re not crazy?” And his response was, well, you’ll know when you ask officials for comment on these documents—their response will show that I’m legitimate. You’ll know it’s not entrapment because I’m never going to ask anything of you. I’m just going to tell you things.

But other journalists were afraid to work with Snowden.

There’s a strong culture of fear among journalists right now, because the government is cracking down on both journalists and sources. We see this, for example, with [New York Times reporter] James Risen being subpoenaed and pressured to give up confidential sources. We involved [Washington Post journalist] Bart Gellman when Snowden wanted to release one document early, and Gellman used the Snowden archive to break the PRISM story about mass electronic surveillance. He was going to come with me to Hong Kong to meet Snowden, and the Post became very nervous and pulled out. They told me not to go. I felt like I couldn’t live with myself if I didn’t go, so I went.

Why did Snowden meet you in Hong Kong and agree to be filmed?

I thought he would remain an anonymous source. But in April 2013, he revealed to me that he wanted to take responsibility for this leak. He didn’t want other people to be investigated. That’s when I requested a meeting. I said that it’s important for me to meet you, and to film. I argued that being able to articulate his motivations was important. He was initially against filming because he didn’t want to become the story and felt that it was risky for us to be in the same place at the same time. If somebody shot us down, then the reporting might be stopped and his work would be all in vain.

When I talked to you years ago, you identified as an artist first and foremost. Has your conception of yourself changed?

I identify as a visual journalist and as an artist. I don’t tend to identify myself as an activist or advocate. In my films, I’m really interested in the world that I document, and so there’s open-endedness, and people can come away with different conclusions. But I’m interested in taking people into a world where they come to understand issues through other people. And certainly the people I choose to follow represent things that I’m interested in. In this film, I was interested in NSA surveillance, but also in the act of standing up, in personal sacrifice to expose things. William Binney is important in the film because here’s somebody who was also in the NSA and also saw the dangers and he chose a different path by which to raise concerns. That path led to the FBI showing up at his house with guns. And I was interested in the government cracking down on leakers, using the Espionage Act, as they did with Thomas Drake. So, to return to your question, I identify myself as a journalist/filmmaker, rather than an activist or advocate.

The editing, and narrative tension, in the film is amazing.

I worked with a really extraordinary editor, Mathilde Bonnefoy, who has worked in fiction and documentary. She’s the editor of Run Lola Run, an extraordinary film about the role of fate in our lives. The structure of the story is collaborative between myself and Mathilde, and it was probably one of the greatest collaborative experiences I’ll ever have.

The NSA is supposed to be focused on foreign threats. Does the fact that they’re spying on everyone mean that we’re effectively the enemy?

[Whistleblower and former NSA official] William Binney talks about how dictatorships have surveilled their populations. When the government starts monitoring its own population, there’s a chilling effect; people become afraid. But there are other types of intelligence-gathering being deployed that’s not NSA. Look at Occupy—you have the NYPD, who have IMSI catchers [devices for intercepting cellphone calls]. Activists and journalists are going to be the canaries in the coal mine. They’ll feel the impact of state surveillance first.

I was fascinated by the economic espionage exposed by Snowden’s leaks, and discussed in the film. It gets to the Occupy issue because the government is using its power to help corporate America. Can you talk about the dual role of tech corporations as conspirators but also as victims of surveillance?

Snowden revealed that the NSA is monitoring not just threats to the United States but economic targets: Petrobras, OPEC, climate change conferences. There’s a broad spectrum of targets that they’re interested in. Tech companies are in an odd position. Many are collaborating with the NSA, handing over data under a program called Special Source Operations, the targets of which are primarily telecoms, but also the Internet companies. At the same time, you have the NSA targeting these companies. Take the story that The Washington Post did about the targeting of Google’s servers and internal infrastructure.

The government has claimed that this surveillance is not to steal trade secrets in order to benefit American companies, or to commit economic espionage. So what is the government doing here?

What do you think about the protestations of the technology firms—Google, Apple, etc?

They’re in a complicated position because they’re cooperating and they’re being targeted. They also know that their future as international businesses depends on European citizens trusting that they have a right to privacy when they work with these companies or use their services. The companies have been working closely with the government, but I think they’re pushing back more and more. Yahoo has a lawsuit, as does Twitter.

Do you see any hopeful avenues for privacy, besides filing lawsuits?

The free software community is building technologies that allow people to communicate securely using encryption. And despite the fact that the NSA has billions of dollars at its disposal, encryption still works. That means we can search the Internet over TOR or we can communicate with encryption and be assured of privacy. I do think any activist organization should get the hell off of Facebook and figure out peer-to-peer ways of organizing that don’t leave a metadata trail of everyone you communicate with. Snowden has talked about the computer community feeling really betrayed and violated by some of these leaked revelations, especially around the use of backdoors to break encryption. Consumer-friendly encryption technology is going to become increasingly available. There needs to be policy changes, but the technology community has woken up to the threat of NSA surveillance.

So it’s a faith in math, not politics.

What did you leave on the cutting room floor?

We really realized that I’d shot two films, and the other had to do with international activists, people like Jacob Appelbaum training activists in the aftermath of the Arab Spring. That’s really historic footage, but we couldn’t make it work in this film.

It’s waiting to be another film.

When we talk about privacy, we often resort to the secret or shameful things that we do. But I wonder if you’ve found a way of communicating why privacy matters, beyond the risks of leaked nude selfies.

I think about privacy in terms of the creative process. Since I’m reporting on Snowden’s material, I have to assume that my communications are targeted. So I find when I’m sitting down at my computer to actually write something—say I’ve been asked to write an essay—then I start to write and I realize, Jesus, I’m not sure whether my keystrokes are being documented. It sort of hinders my ability just to be creative, to have that space you need to express yourself. I actually reread 1984 when I was getting Snowden’s e-mails and there’s a moment where the protagonist wants to write in a journal. He’s not sure where he can do it in his room because everything is surveilled, and he ends up in the corner of the room because that is, maybe, the one private space. And then he finds he can’t even write. That echoes in my mind when I’m working on this material. You internalize the sense of being watched. As Foucault describes in his writing about the panopticon, it doesn’t really matter if there’s somebody sitting in the tower, watching you, so long as you think that there could be somebody sitting in the tower.

The sense of surveillance affects how people behave at all times.

People think that only activists or journalists should be concerned, but if we found out that the government all of a sudden was going to turn on all the cameras in everybody’s laptop and just feed it into the Utah Data Center, there would be an outcry. Nobody wants, as they’re typing their e-mails, to feel someone watching them.

The film ends on an ambiguous note, with the emergence of a new government source and Snowden living in Moscow, where he’s escaped from Hong Kong.

I didn’t want this film to have closure, because the reverberations of Snowden’s efforts are ongoing. They’ll be ongoing for quite some time. So I wanted the film not to close in a contained, neat way, but a way that’s pushing beyond the frame.