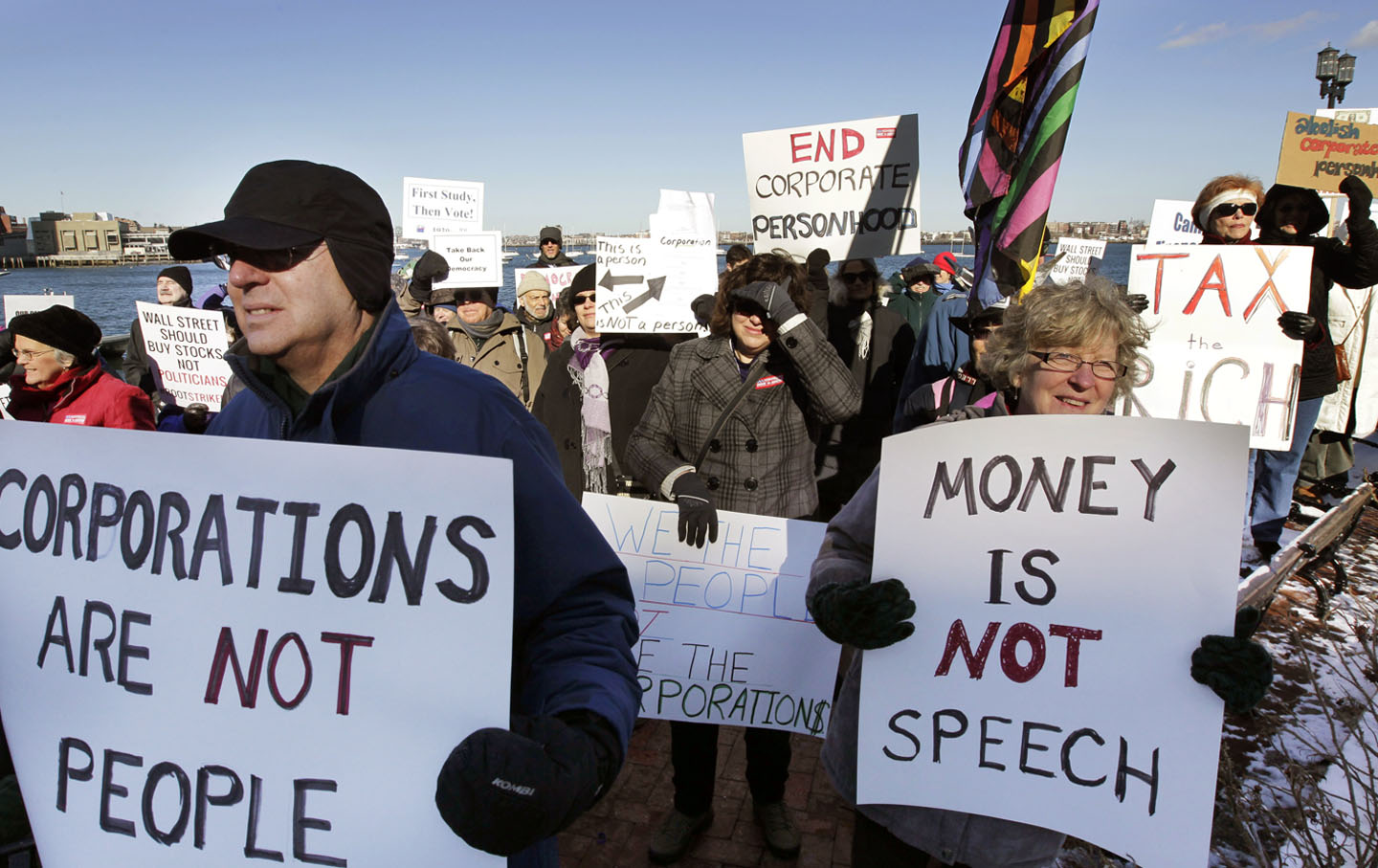 We write at a critical moment for our country.

And we write to ask you to do something difficult and uncommon: to join us in Washington, DC, next April to take a dignified, determined stand for democracy that may result in your arrest.

PLEDGE TO GET ARRESTED TO SAVE DEMOCRACY

Why this? Why now?

Every American deserves an equal voice in government—that is our birthright of freedom, won through generations of struggle. But today our democracy is in crisis. In the post–Citizens United era, American politics are dominated by billionaires and big-money interests that can spend unlimited amounts to buy elections. As the super-rich dominate the “money primary” that decides who can run for office, almost half the states in the union have passed new laws that disenfranchise everyday voters, especially people of color and the poor.

This corruption not only violates the core principle of American democracy—“one person, one vote” citizen equality—it is blocking reform on virtually every critical issue facing our country. From addressing historic economic inequality to tackling climate change and ending mass incarceration, we simply cannot solve the urgent crises that face our nation if we don’t save democracy first.

Unfortunately, the 2016 election is already set to be the most billionaire-dominated, secret money–drenched, voter suppression–marred contest in modern American history. Bernie Sanders’ small donor–fueled, Super PAC–free insurgency is a defiant inspiration, but it is an all-too-rare exception to the rule of an election funded by the billionaire class. And, if the status quo goes unchallenged, this election could yield a government more bound to the masters of big money than ever before. Our planet and people can’t afford that. But we believe there is another possibility.

Why the Presidential Candidates Should Reject Donations From Fossil-Fuel Companies

What if we can intervene in a way that no one can ignore to make this election a turning point toward reform?

The moment is ripe. Poll after poll shows transpartisan public frustration with the corrupt status quo reaching new, nearly unanimous highs. Voters in Maine and Seattle just passed bold new laws to enact citizen funded elections. Our growing democracy movement has forced this issue into the public debate, and there are real solutions–supported by Democrats and Republicans–on the table in the Senate and House right now.

Yet Congress refuses to act. And the media covers this election as if somehow our democracy were still functioning, still capable of producing a government of, by, and for the people that could deal seriously with our country’s problems. We believe this jarring disconnect sets the stage for a bold intervention to turn passive public frustration into a powerfully active force that can transform the political climate in America. How?

From Selma to Occupy Wall Street, the Tar Sands Action to Black Lives Matter, everyday people have proven the power of mass, escalating nonviolent action to rapidly shift the political weather and open the door to reforms previously considered impossible.

Next spring, in the heart of the primary season, as the national election begins to take center stage, Americans of all ages, faiths, and walks of life will bring the popular cry for change to Washington in a way that’s impossible to ignore: with nonviolent civil disobedience on a historic scale.

We’ll begin on April 2nd when a pioneering group will gather at Philadelphia’s Liberty Bell, where the dream of American democracy took flight, and then embark on a march to the US Capitol in DC. Before setting out, we will present a simple choice to Congress: Take immediate action to end the corruption of big money in politics and make the 2016 elections free and fair for for all people as equal citizens, or be prepared to send thousands of patriotic Americans to jail simply for demanding an equal voice.

We who march will walk in the tradition of Granny D, the Selma to Montgomery marchers, and others who walked for freedom. We hope at least one person from every state in the union will walk the full length of the march—140 miles over 10 days—with hundreds of people joining for a day, a weekend, or more. When the marchers arrive at the Capitol on April 11, we expect to be joined by thousands who’ve come from across the country to make this stand. At that point, either Congress will have miraculously come to its senses and passed the perfectly viable reform bills now pending before it, or those who protect the status quo of corruption will leave us no choice but to reclaim the People’s House in mass nonviolent sit-ins.

Beneath the dome of the rotunda, on the steps outside the Capitol, and in the offices of our representatives, we will engage in peaceful civil disobedience for at least a week. Day after day, Congress will have a choice: to put hundreds of disciplined, dignified democracy defenders in handcuffs, or simply do its job to listen to the people and fix this broken system. A drama so unprecedented in the nation’s Capitol will rock the business-as-usual cycle of this election and catapult this critical issue onto center stage.

Whether Congress acts or not, we will win by focusing the nation’s attention—as never before—on the urgency of this crisis, the existence of solutions to it, and the strength of a popular demand to enact them. We aim to make this election a referendum on whether our democracy should belong to the People as a whole or to the billionaire class alone.That’s a referendum we can win, creating a powerful mandate—backed by a surging movement—for the fundamental reform that will give us, finally, the democracy for all we were promised.

This will be a deeply nonviolent action, in the tradition of the American civil-rights movement. We will act with love, respect, and dignity. Further, while those of us who’ve signed this letter are proud progressive leaders, this will not be a progressive or a conservative action, but rather an American action. We urge anyone who agrees with our demand, will uphold our agreement on strictly nonviolent action, and will embrace others from all walks of life in a spirit of inclusion to join us. We will stand together—progressive, conservative, Republican, Democratic, independent—as leaders and citizens who want a government accountable to voters rather than big-money interests. We may disagree on many things as Americans of different political perspectives, but we believe that it’s time for all who love our country to defend the republic that binds us as a free people.

We know that coming to DC and risking arrest is no ordinary ask. But these are not ordinary times.

This is the hour to stand tall, to rise to this historic moment in which we did not choose to live, but which we now must choose to face. With love, with courageous hope, with the legacy of those who struggled for freedom before us in our minds—we must act with a determination matching the urgency of this crisis.

Along with a growing coalition of over 50 organizations, we are committed to lead this effort and will provide the necessary training and legal support to all who will join us. As of today, over 1,000 people have pledged to sit in to save democracy. If you’re ready to join us or you want to learn more, you can do so at www.democracyspring.org.

Together, we will win a victory that can make it possible, at last, to realize the promise of American democracy and the dream of a nation of liberty and justice for all. We hope you’ll join us.