A maternity ward in Singapore. 2007. (Photo by Reuters / Vivek Prakash)

The Golden Oaks clinic is a booming venture-capitalist enterprise tucked away in upstate New York’s scenic Hudson Valley, where migrant women of color are hired as pregnancy surrogates for the world’s billionaire class. These women—called Hosts­­—are confined to the Golden Oaks grounds for the duration of the pregnancy, where they are closely surveilled by a staff of Coordinators and paid handsomely by their ultra-rich Clients upon successful delivery of a healthy baby.

The Farm: A Novel

Is this a description of our world, or a prophecy for it?

The short answer: It’s both. Pushing at the boundaries of the real, Golden Oaks is the primary setting of Filipina-American Joanne Ramos’s striking debut novel, The Farm. A Princeton graduate, ex-investment banker, and former staff writer at The Economist, Ramos was inspired by her conversations with the only other Filipinxs in her orbit among New York’s affluent Manhattanite class: migrant Filipina nannies and domestic workers. She sees the novel as a means of working through the haunting suspicion that, as members of the same diaspora, “what separated my life from theirs…had as much to do with luck and happenstance as it did with any kind of merit.”

Golden Oaks has a real-life analog, too: the Akanksha infertility clinic in India, where young Indian women provide surrogacy services for people all over the world—including in the US and UK. But whereas the Akanksha Hospital markets itself as providing a medical necessity—surrogacy as a means to combat infertility—Ramos’s fictional Golden Oaks sees itself as a purveyor of luxury to its über-wealthy Clients: “It’s no longer just three-thousand-dollar strollers and designer baby diapers,” one of Golden Oaks’ investors raves. “The luxury market is moving down the age scale to the newborn and gestational phases, and we’ve got first mover advantage.”

Like an insurance policy, surrogacy is a privileged means of shoring up against risk—in this case, the risk of pregnancy. Some Clients wish to avoid medical complications like preeclampsia or hemorrhoids. Others oversee business empires and cannot afford to be slowed by the physiological tolls of child bearing.

To ensure a return on the Clients’ investments, the Hosts are strapped with WellBands—smartwatch-type devices that serve as a heart-rate monitor, GPS locator, and alert system, all linked to a central control center. They subsist on a strictly regulated diet and are subject to daily medical examinations. For quality assurance, Clients can check in on the baby’s status via ultrasounds conducted over Skype.

The enthusiastic corporate executive of Golden Oaks is Mae Yu, a young businesswoman who spends most of the novel courting investors for a Golden Oaks expansion project. A Harvard Business School graduate, Mae’s mind is a calculator. One of her chief ambitions is to be included in BusinessWorld magazine’s “30 Top Leaders Under 30” list, and as far as she is concerned, an empty bed at Golden Oaks means a smaller profit margin. So in recruiting prospective Hosts for the taxing demands of surrogacy, she says whatever is necessary to fill the vacancy, preying upon the individual spiritual and material needs of each woman.

There is Reagan, an aspiring photographer and drifting millennial who seeks purpose in her life. Because of her status as white, attractive, and college-educated, Reagan is considered a Premium Host under the Golden Oaks rubric. Reagan’s eyes light up when Mae convinces her that surrogacy is its own form of altruism; she insists that the Client she has in mind for Reagan is a woman who has “done phenomenal things in her career but at the cost of her fertility.”

There is also Jane, a Filipina-American immigrant living in New York who has just left her deadbeat baby daddy in his parents’ basement in Woodside, Queens. Her cousin, Ate, convinces her to apply at Golden Oaks after Jane is fired from her nannying job. Like Reagen, Jane accepts the propaganda that Golden Oaks could be a “gateway to a better life” for her and her infant daughter, Amalia, though “no other Host has transitioned to a white-collar job” post—Golden Oaks.

The separation of Jane from Amalia during her time at Golden Oaks is the emotional center of the novel. Jane grows increasingly distressed as Ate, who is left in charge of Amalia in Jane’s absence, checks in less and less over video calls, and eventually comes to suspect that Ate has been neglecting Amalia. This comes to a head with the revelation that Ate is on Golden Oaks’ payroll as a Scout—essentially a labor-trafficker who has been funneling desperate Filipina women into the Golden Oaks system.

It’s no accident that the novel’s matrix of exploitation and deception is solely born of conflicts between women. Divided into chapters that focalize the thoughts of different women occupying different positions of power, The Farm is a studied attempt at imagining the world from the other side of the glass ceiling. In this universe, women fill conference rooms in high-stakes negotiations for venture capital. Black women have made fortunes on Wall Street. And one of the richest women in the world—whose embryos have been implanted into 12 different Golden Oaks Hosts, including Jane and Reagan—is a Chinese multibillionaire who has single-handedly cornered the global recycling market. 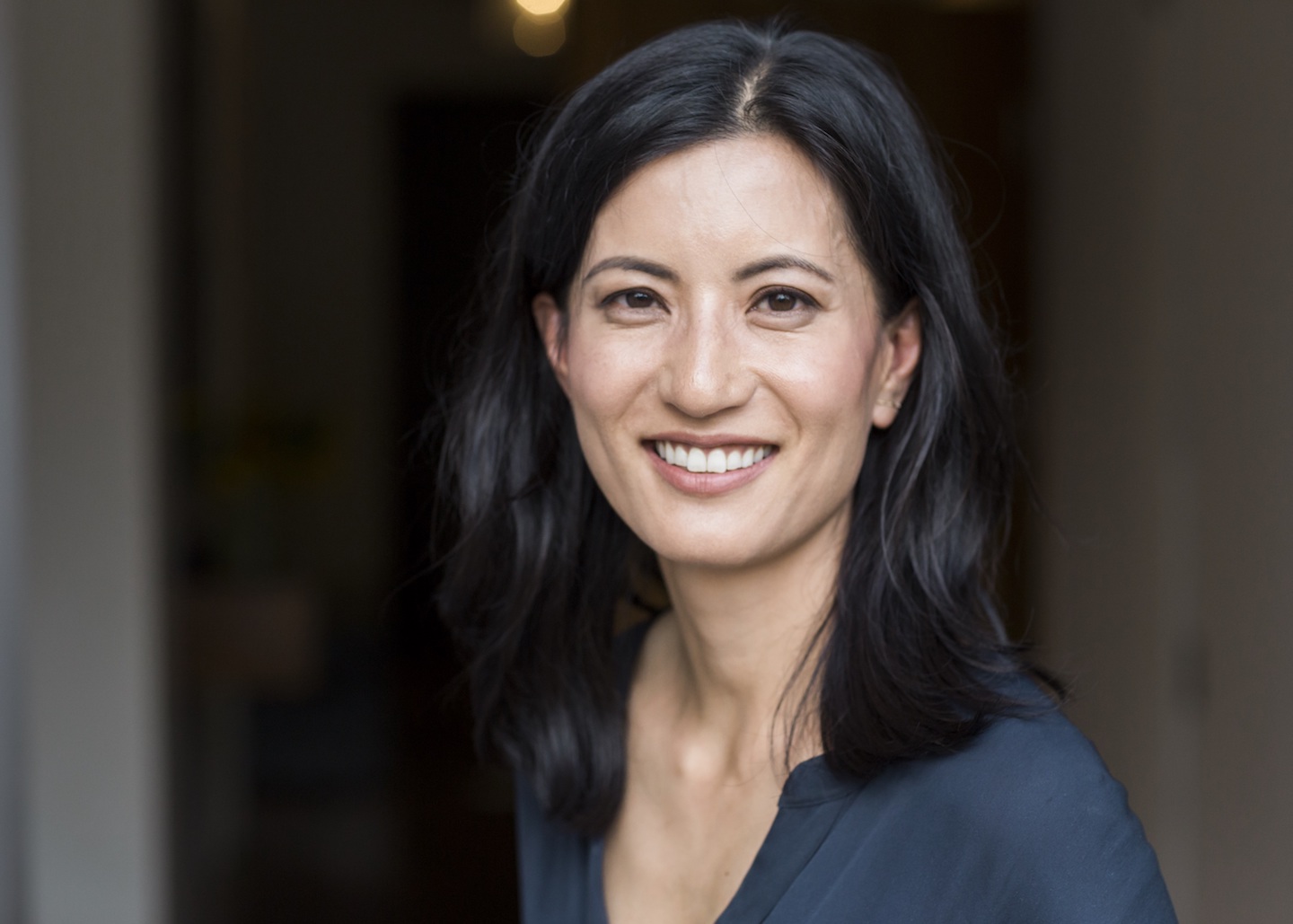 But just because women have access to the offices of power from which they have historically been excluded does not mean that the yoke of history has been thrown off entirely. It carries some of the runoff of history with it—and Ramos is very interested in that runoff.

The dialogues Ramos constructs between women are often shot through with racism, all the more brutal for how casually it comes up in conversation. Lisa, for example, is the resident “woke” white woman at Golden Oaks, who shrewdly understands the conditions of Hosts as being located along a global commodity supply chain. She likens Golden Oaks to a baby-making “factory” and coins the novel’s title by calling it a womb “farm.”

But when Lisa speculates with Reagan about why Jane cleans her room when she knows the housekeeping staff does it for them, she stumbles into a bizarre pseudo-eugenicist diatribe, theorizing that “Jane’s behavior is ingrained: the Philippines was colonized for so long that Filipinos got used to serving; generations later, their genes are wired for it.”

Racial politics bears out the novel’s funniest and most effective moments of satire. But by relegating race to the status of a joke, Ramos sidesteps the imperative to dig deeper into the colonial history in which racism is articulated. And for all her interest in the migration stories of Filipina domestic workers, Ramos does not meaningfully explore the root economic causes that create the conditions of possibility for Golden Oaks to be a hub where—as Mae catalogs in her head while lamenting that there aren’t enough “non-black Hosts”—struggling migrant women from the Caribbean, Latin America, Southeast Asia, and Eastern Europe all converge. The consequence is that these women tend to feel more like props than actual people, stock characters that dip into the action momentarily to propel the story forward before becoming a part of the stage set again.

The greater consequence is that Jane, the novel’s protagonist, fails to be a dynamic, convincing historical subject with which the reader can identify. There is no sustained meditation on how Jane—daughter of a Filipina woman and an American soldier stationed at a Philippine military base, confluence of a rich if violent history of colonial entanglements—understands her own position with respect to this history. She is frustratingly apolitical. When she hears that Ate has been taking advantage of “fresh off the boat” Filipinas, she does not draw the link between their struggles and her own. She is agitated only to the extent that “[Ate] has been too busy with her business schemes to pay attention to Amalia.”

Oddly, it is Mae, Ivy League graduate and daughter of a Chinese immigrant—the cold, calculating personification of market logic in the novel—who is imbued with an inner life complex enough to reflect on her own political condition “of being a halvsie, of being on financial aid at a rich kids’ prep school, of constantly straddling worlds.” Under the shared condition of “halvsie-ness,” in the end it is Mae who sees Jane’s struggles as linked to her own.

After a series of misadventures that leave Jane just as precariously situated as she was at the beginning of the novel, Mae, in what is meant to be a kind of act of solidarity, hires Jane to be her surrogate, and keeps her on as a nanny afterwards, allowing Jane to live with Amalia in an apartment on her property.

With surrogacy at the philosophical heart of the novel, Ramos’s book is in conversation with political theorist Sophie Lewis’s recent book, Full Surrogacy Now, in which Lewis probes the political possibilities of surrogacy for fostering new forms of kinship and collective belonging. For Lewis, purely biological motherhood is the foundational myth that upholds patriarchal social relations; the basic supposition that the child “belongs” to the mother is co-constitutive of our understanding of property relations under capitalism.

But, as Lewis points out, purely biological motherhood is a myth in the way that it conceals a deeper colonial reality. Black feminist thinkers, from Angela Davis to Saidiya Hartman, have pointed to the centrality of the slave mother’s surrogate labor in upholding white domesticity on the plantation. Lewis borrows this model of thinking to facilitate her own study of the Akanksha clinic, in which white couples rely on the gestational labor of Indian women to create their own families.

These examples speak to a broader historical truth: The exploited domestic labor of black and brown women under colonialism drives a wedge into easy, commonsense notions of motherhood and kinship.

So if the colonial world order—which persists into Ramos’s speculative future—was consolidated, in part, through a particular conception of domesticity propped up by the myth of purely biological motherhood, what, then, is the dialectical potential for surrogacy to break with that order, toward the creation of another world?

Reading The Farm in light of Lewis’s provocation, the novel’s conclusion does seem to suggest that we are supposed to understand Mae’s affinity for Jane as an extension of kinship, or an acknowledgment, perhaps, of a shared history in which the inequalities that exist between them have been brought about, as Ramos has said, through “happenstance.”

But at issue is the simple fact that at the level of material conditions, the novel leaves those inequalities fully in place and curiously unquestioned. Surrogacy acts as a vehicle not for abolishing but for reproducing already existing colonial and class hierarchies. Jane’s labor, both as gestational surrogate and nanny to Mae’s son, Victor, is what the fiction of domesticity rests upon for Mae and her well-to-do family. Perpetually away on business, Mae gets to perform domesticity in short bursts, on the occasions when she happens to be home, while outsourcing the real labor to Jane.

The takeaway of the novel, then, is with Jane and her solemn resignation to motherly sacrifice, having done what she needed to do to ensure stability for her daughter. “Sometimes a person has no choice but hard choices,” she reflects, holding Victor while pushing Amalia on a swing.

This conclusion is found wanting. While one of Ramos’s strengths is her ability to conjure another universe that feels uncannily similar to our own, Ramos does not take full advantage of the creative possibilities that sci-fi might allow for reimagining relations of power and articulating alternative political futures.