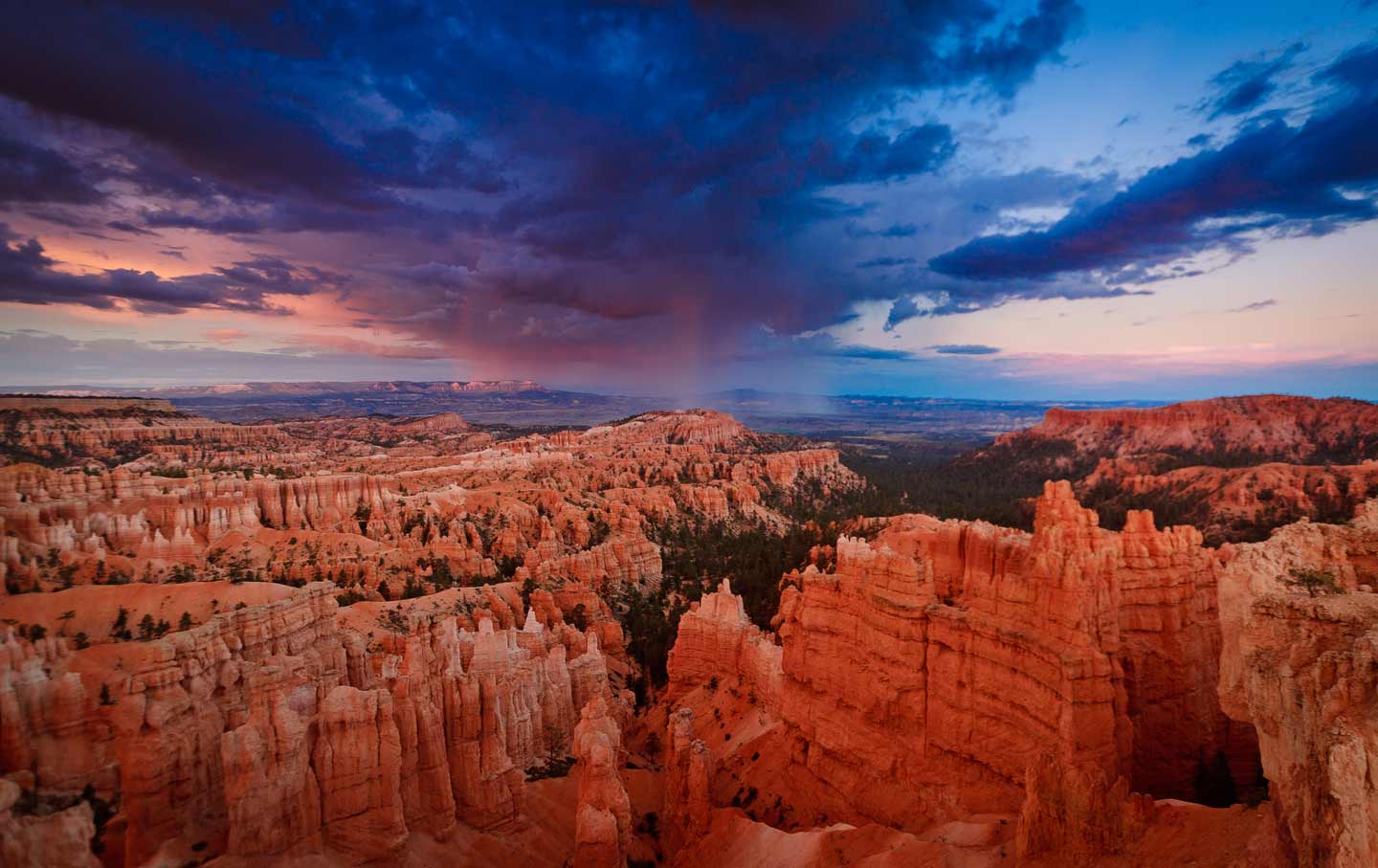 In the red-rock country of southern Utah, not far from Bryce Canyon National Park, the state’s only strip coal mine occupies several hundred acres of private property. For over a decade Alton Coal Development, the company behind the Coal Hollow mine, has tried to expand its footprint onto an adjacent parcel of public land containing some 50 million tons of federally owned coal. The expansion could disturb thousands of acres of wildlife habitat, raise air pollution, and send 300 trucks rumbling down the area’s two-lane highways each day. Standing in the way is a moratorium on the troubled federal coal-leasing program that Interior Secretary Sally Jewell enacted earlier this year.

With the election of Donald Trump, the management of America’s public lands could shift, altering the landscape in southern Utah and across the Western United States. Extractive projects like the Coal Hollow expansion that have stalled or been rejected under the Obama administration could be given new life. They include drilling in the Arctic, in the North Atlantic, in the forests of Colorado, and around Glacier National Park; uranium mining at the edges of the Grand Canyon; and ramped-up logging in the national forests of the Pacific Northwest.

The federal government—we, the taxpayers—owns some 640 million acres, and about half of the land in Western states. Those lands are the source of roughly 20 percent of the oil and gas produced in the United States, and 40 percent of coal. Once burned, fossil fuels extracted from public lands account for more than a fifth of America’s greenhouse-gas emissions. Given the amount of carbon still locked in public ground—between 319 and 450 gigatons of potential carbon dioxide, according to a 2015 analysis by Ecoshift Consulting, more than half of the entire world’s carbon budget—increased development there has implications not only for local ecosystems and communities but also for the entire planet.

“Fossil fuels are going to become the name of the game.”

Trump and his pick to lead the Interior Department, Montana Representative Ryan Zinke, have invoked Teddy Roosevelt’s conservation legacy, and made mention of a desire to protect natural resources. (Zinke has not said yet whether he’ll accept the post.) But Trump also campaigned on a promise to “unleash” domestic energy production, and his team in Washington is stacked with oil, gas, and coal interests who have long sought greater access to public lands. On Tuesday, Trump promised to “cancel the restrictions on the production of American energy, including shale, oil, natural gas and clean beautiful coal.” The moratorium on the federal coal leases will probably be one of the first things to go.

“Fossil fuels are going to become the name of the game. We’re going to see an agenda that is opening up as much of the public lands for fossil-fuel extraction—oil and gas drilling, coal mining—as quickly as possible,” predicted Sharon Buccino, director of the land and wildlife program at the Natural Resources Defense Council. Buccino is also concerned that the Trump administration will try to cut citizens out of the decision-making process for public-land management, which is required now under the National Environmental Protection Act. “The biggest threat is to how decisions about our public lands are managed. The public say in that process is very much at risk,” Buccino said.

Though the energy industry and Republicans have complained about a lack of access under Obama, they’ve hardly been locked out. The Obama administration did halt some drilling proposals—in Colorado’s Thompson Divide, for example, and in the Bears–Two Medicine area of Montana—but as of 2015 the leases it auctioned off for drilling encompassed 15 million acres of public land and 21 million acres of ocean. Oil production on public lands increased under President Obama overall, albeit not nearly as much as it did on privately owned property.

“The problem right now is an excess of permits, not a lack of access to our public lands.”

“The fact is that there are a lot of our public lands that are open for development,” said Chase Huntley, director of the climate and energy program at the Wilderness Society. According to an analysis by that group, 90 percent of Bureau of Land Management lands are already open to oil and gas leasing. “We continue to believe the problem right now is an excess of permits, not a lack of access to our public lands,” Huntley said.

While the Trump administration can make a few changes to public-land management quickly, others would take time and cooperation from Congress. Republicans have already expressed some interested in weakening the Antiquities Act, a 1906 law that allows the president to protect areas of historic or scientific significance, and in rolling back new BLM rules intended to reduce methane leaks and intentional flaring by oil and gas operators on public land.

Ultimately, an attempt to more thoroughly pillage public lands may run up against several challenges. One is the economy. Even before the Obama administration put a hold on the coal-leasing program, companies had started to walk away from tracts of federal land they’d pursued because coal simply wasn’t profitable enough. Low oil and gas prices could similarly blunt the effect of opening up new areas for drilling. Automation in the timber industry means that cutting more trees won’t necessarily boost employment. “It’s a cruel fiction to suggest to local communities that markets are going to be found for energy resources when domestic and global markets are increasingly turning away from some of our traditional fuels, and quickly turning toward cleaner energy alternatives,” said Huntley.

Trump administration officials may also discover that it’s difficult, legally, to roll back existing rules and land-management plans, said Mark Squillace, an expert on natural-resources law at the University of Colorado Law School. History suggests as much: James Watt, the sagebrush rebel who headed the Interior Department under Ronald Reagan in the early 1980s, found his agenda—“mine more, drill more, cut more timber”—snarled in lawsuits. The administration of George W. Bush also pushed to expand energy production on public lands, prompting the BLM to triple the number of drilling permits it approved. But the pace was too quick for the BLM to keep up with its oversight responsibilities, making the agency vulnerable to administrative protests and lawsuits. And it provoked a backlash from Western landowners.

“It takes time to move a big government agency like the Interior Department in a different direction,” said Squillace, who worked at the agency during the Carter-Reagan transition. “You can’t just come in and immediately change policy just because you may have some disagreements with the current policy. Most of those policies are set by regulations, there’s a lengthy process for changing them, and if new officials come in and try to change things too quickly or without following all of the procedures required by the law, those rules will be challenged.”

It’s not clear whether schemes to transfer public land to local control—as advocated by the Bundy family—will gain momentum under Trump. Some Republicans are hopeful: Just a week after the election, the House Natural Resource Committee held a hearing on two bills that would hand over some control of federal land to the states. But Trump and Zinke both have expressed skepticism. “I don’t like the idea because I want to keep the lands great, and you don’t know what the state is going to do,” Trump told Field & Stream. Zinke, who is close to outdoor recreation groups that generally support the preservation of public lands, has advocated against land-transfer proposals in the past.

It’s hard to imagine Trump sending drilling rigs to Yellowstone; the landscape is too iconic, backlash too certain. It’s the lesser known, little-visited public lands that are most at risk for becoming sacrifice zones for fossil-fuel development. The math of the global carbon budget is clear: That’s something none of us can afford.