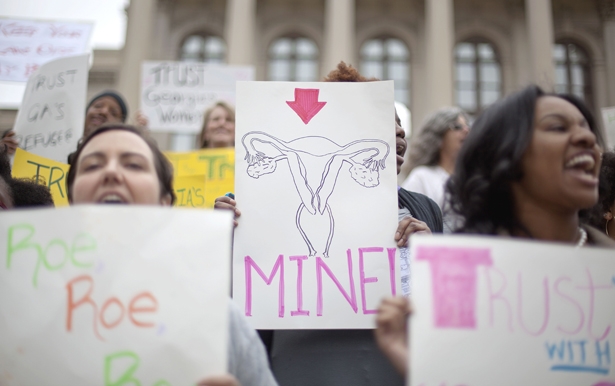 It’s time to call bullshit on the GOP’s embrace of over-the-counter birth control. Several Republican candidates, under fire for radical positions on women’s health, have recently adopted the idea in a naked attempt to woo female voters. These politicians say they’re all in favor of access to contraception. But sudden calls for the pill to be available without a prescription do not signal a real shift in conservative attitudes toward reproductive rights. They simply mask tired opposition to the Affordable Care Act’s mandate that insurers cover birth control.

None of these people were championing the proposal before their campaigns. Instead, they were working to limit women’s access to abortion and other healthcare. Gardner, who started the over-the-counter trend in June with an op-ed in The Denver Post, has campaigned for “personhood” measures that would outlaw abortion and possibly some forms of birth control since at least 2006. Early in his campaign Gardner denounced the state-level personhood legislation he’d supported—yet he’s still a co-sponsor on a federal bill that would have the same impact. Gardner has resorted to claiming that bill doesn’t exist.

Then there’s Tom Tillis, who endorsed over-the-counter birth control during a debate with Democratic incumbent Kay Hagan in September. As the top Republican in the state House, Tillis shepherded extreme anti-choice legislation in a decisively dishonest manner, inserting restrictions into unrelated bills like one ostensibly about motorcycle safety. Tillis, like other Republicans trumpeting their support for over-the-counter contraception, opposes not only the ACA’s birth control mandate but the healthcare law in general, which has a range of other benefits for women.

The latest candidate to pivot to contraception when confronted about her record is Joni Ernst, a Senate hopeful in Iowa who supports a personhood amendment as well as criminal prosecution of doctors who provide abortions. “When it does come to a woman’s access to contraception, I will always stand with our women on affordable access to contraception,” she said. Her campaign did not respond to a request to clarify which specific policies she supports that would increase affordability and accessibility.

In case anyone is confused: while affordable contraception does dramatically reduce rates of unintended pregnancy, it does not solve the problems created by cutting off women’s access to abortion services. In fact, attempts to block abortion access—for example, by cutting funds for clinics like Planned Parenthood that provide a range of services besides abortion—can have the perverse effect of making it more difficult for women to get other healthcare, birth control included.

Nor is making contraception available without a prescription an alternative to the birth control mandate (or, needless to say, the entire healthcare law). Over-the-counter birth control has support from the American College of Obstetricians and Gynecologists, a point that several Republican candidates have pointed out when their motives were questioned. Yet the same medical association is quite clear that women still need insurance coverage for contraception. Not all women can or want to take the pill, and other forms of birth control like the IUD are expensive and require a doctor’s appointment. In June, ACOG warned politicians against using calls for over-the-counter contraception “as a political tool.”

That Republicans need such a tool to alter their reputation among women is obvious. Young women are the key demographic in many midterm battlegrounds, and according to a Wall Street Journal/NBC News poll conducted in July and August, they prefer a Democrat-controlled Congress by a fourteen-point margin. (Men, on the other hand, favor Republicans by seventeen points.)

But why over-the-counter birth control, specifically? It’s a win-win-win for Republicans trying to appeal to female voters, while bashing Obamacare and boosting their free-market street cred. Candidates can say they support access to contraption while celebrating a “market-based approach to medicine,” as the editorial board of National Review described it recently. The editors commended Republicans for “running…to get government out of the birth-control business as much as possible, and to free up access to it for the women who want it.”

To understand why this sudden embrace of “access” is a racket, and a dangerous one, consider Kevin Williamson, National Review’s self-described “roving correspondent.” In a recent post titled “Five Reasons Why You’re Too Dumb to Vote,” Williamson characterizes women who care about preserving access to abortion or the birth control mandate as “women who cannot figure out how to walk into Walgreens, lay down the price of a latte, and walk out with her own birth-control pills, no federal intervention necessary.” He goes on to applaud the editorial board’s endorsement of the over-the-counter birth control fad.

A few days later, Williamson declared that women who have abortions should be hanged. “I’m torn on capital punishment generally; but treating abortion as homicide means what it means,” he said on Twitter. To be clear: what “pro-life” Williamson is arguing for is putting one in every three women in the United States to death.

“Democrats are not resisting the GOP’s suggestion because of any quibbles with its policy substance,” National Review said in response to suggestions that the GOP’s embrace of over-the-counter birth control smacks of opportunism. “They hem and haw because they want to continue to depict Republicans as intent on keeping contraceptives away from women.”

It doesn’t matter what Republicans are or aren’t intent on. The bottom line is that a variety of conservative positions, from opposition to the ACA to federal funding for women’s clinics, have had or would have the very real effect of making it more difficult for women to access healthcare in general and contraceptives specifically.

Furthermore, contraception is hardly the sum of women’s medical needs. When conservatives fight to empower women to make decisions about their own bodies in all cases, regardless of income, then maybe we’ll take them seriously. In the meantime, there’s little of substance in an ideology that promotes birth control without a prescription for some women and hanging for others.