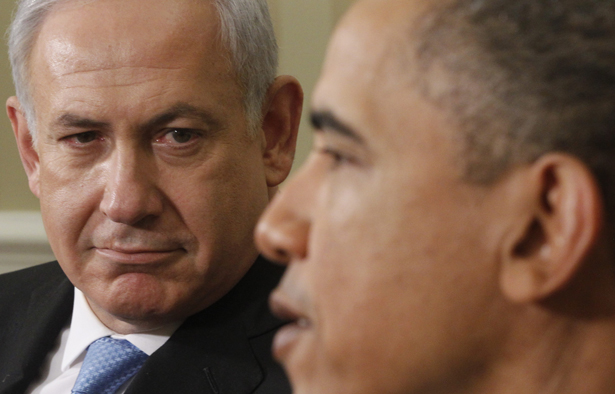 The Obama administration is working hard to head off a wrecking ball from Congress and the Israel lobby aimed at sabotaging negotiations between Iran and the P5+1. The talks, which resume in November, also include direct talks between the United States and Iran. The key issue: members of the House and Senate are trying to force-feed the administration yet another round of anti-Iran sanctions, at the very worst possible moment.

On Tuesday, the White House organized a meeting with representatives of the American Jewish community and, according to The Jerusalem Post, there were “forceful exchanges between the two sides on the merits of the sanctions package.” In the meeting were Susan Rice, the national security adviser, and her deputies, Ben Rhodes and Tony Blinken—the latter a long-time aide to Vice President Biden—along with Wendy Sherman, who’s leading the American team in the talks with Iran.

The House, which passed another package of sanctions designed to cut off all of Iran’s oil exports over the summer, is demanding that the Senate pass a similar bill, and even liberals such as Representative Henry Waxman (D.-Calif.) are pounding the table. Said Waxman:

“The Senate should act,” said Rep. Henry Waxman (D-Calif.), a Jewish Democrat who’s close to leadership. “We ought to pass these increased sanctions, and make sure that the Iranians don’t think that they can charm their way out of this situation. Act now.”

The White House isn’t pleased with the new push for sanctions. According to The Wall Street Journal:

The White House is pressing Congress to hold back on new sanctions against Iran, pitting the administration’s hopes for a re-energized diplomatic engagement against the growing concern of some lawmakers and foreign allies.

The Obama administration is arguing that diplomatic efforts need more time to contain Tehran’s nuclear program. But a number of Republican and Democratic lawmakers want to bring a new sanctions bill targeting Iran’s oil exports and finances to a Senate vote by the end of next week. A similar bill cleared the House of Representatives in July and is waiting to be reconciled with the Senate’s.

The pressure for new sanctions is coming from both Republicans and Democrats in both houses of Congress, often in near-hysterical and near-apocalyptic terms, as if Iran was about to explode a bomb or send a missile hurtling across the northern hemisphere, even though Iran has no uranium enriched to weapons-grade, is closely monitored by the International Atomic Energy Agency, does not yet have the capability of manufacturing a bomb even if it had the proper explosive material and has not developed the means to deliver a weapon even if it had all that. Which it doesn’t.

The Journal points out the Phil Gordon, the White House official at the national security council who heads the Middle East and Persian Gulf section, has been meeting patiently with Senate staffers to explain all this. One can only imagine what those meetings are like.

“The report that Iran may be a month away from possessing enough weapons-grade uranium to build a nuclear bomb is extremely alarming. Whether a month or a year, Iran’s determined march toward possessing nuclear weapons is a direct and grave threat to the United States and our allies.”

The report that Cantor cited, of course, is a hypothetical and extreme case, in which Iran suddenly decides to take all of its medium-enriched uranium, which is maintained under strict inspections by the IAEA, and launch a crash project to refine it to weapons-grade—a very, very unlikely scenario and contrary to everything that the new administration of President Hassan Rouhani has said it is trying to do. And even if it did what Cantor is worried about, it wouldn’t have a bomb.

Robert Menendez, the Democratic senator from New Jersey, put it this way, after meeting with Israel’s Prime Minister Benjamin Netanyahu:

“Our resolve to prevent Iran from achieving a nuclear weapons capability remains unchanged and we will not hesitate from proceeding with further sanctions and other options to protect U.S. interests and ensure regional security.”

In other words, we’d be happy to wreck the talks.

The Obama administration hasn’t focused enough on getting Congress to understand the complexity and sensitivity of the Iran talks, according to a former senior diplomat who spoke with The Nation. And, in their eagerness to show Congress how tough they are, Obama administration officials often blunder, as happened with Wendy Sherman earlier this month, when she told a congressional hearing that “deception” is part of Iran’s “DNA.” (She later apologized for the comment, which drew heavy fire in Iran.)