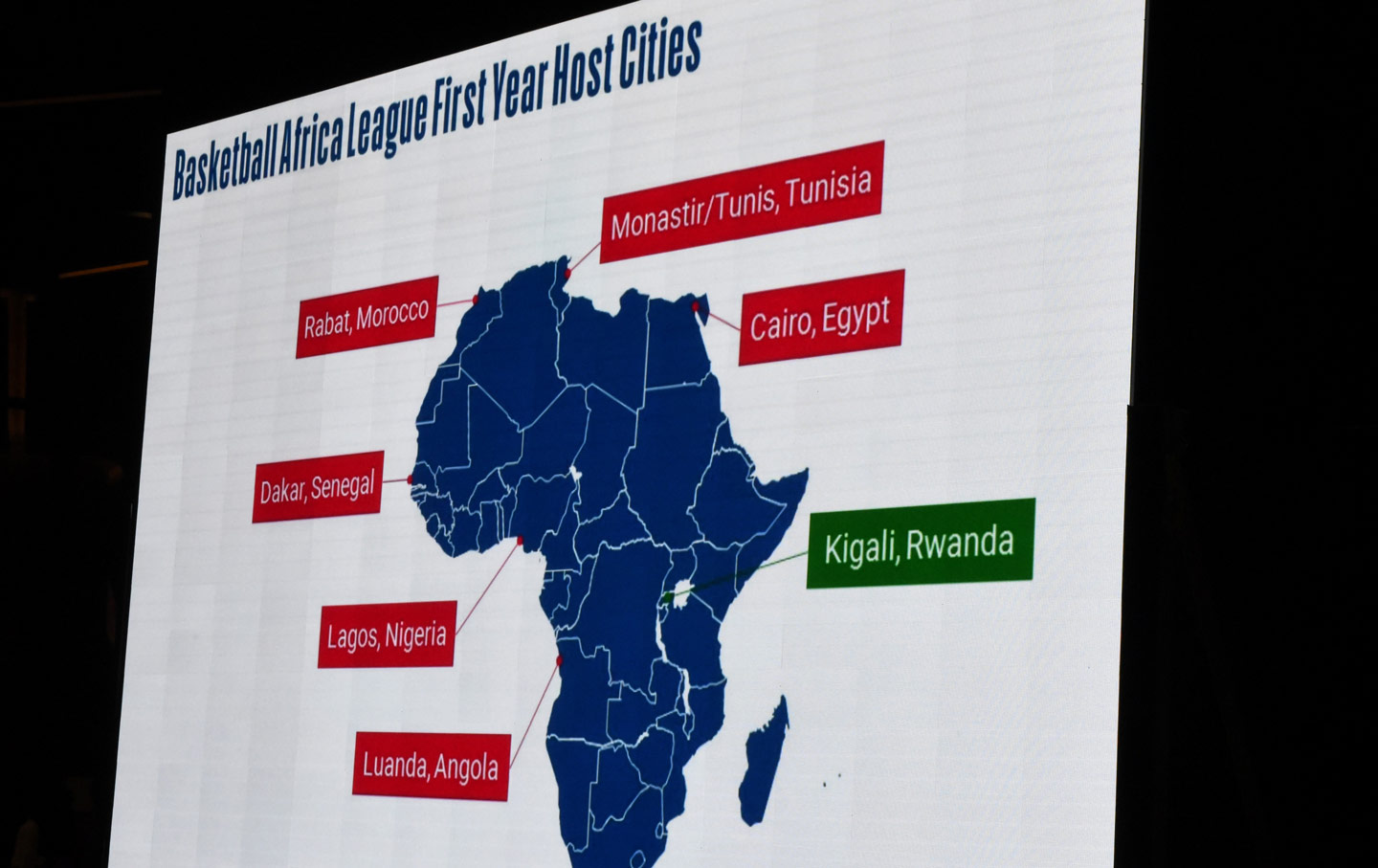 The African continent has in recent years produced a gold rush of basketball talent and genius. Players such as Joel Embiid and Pascal Siakam—both from Cameroon—have made MVP and championship level impacts, with a wave of young African players waiting in the wings. To further facilitate this development of untapped potential, the NBA is launching the long-discussed Basketball African League with great fanfare, in Kigali, Rwanda, on May 16.

But while the prospect of a Basketball Africa League itself is being met with widespread praise, the choice of country in which to hold its debut has been accompanied by strong criticisms. The ruler of Rwanda, Paul Kagame, has been accused of widespread repression including the detention and torture of Paul Rusesabagina, who, as played by actor Don Cheadle, was the protagonist of the film Hotel Rwanda. The 2004 movie was about how Rusesabagina saved more than a thousand lives during the 1994 Rwandan genocide. A permanent US resident living in San Antonio, Tex., Rusesabagina was kidnapped by Rwandan forces while on a trip to Burundi. He has been quite literally paraded in front of the Rwandan media as a “terrorist,” charges that Rusesabagina and his family steadfastly deny.

We believe that the NBA stands for decency and justice, as you and many of your players have shown in domestic human rights issues in the United States. We hope that you will continue that stand with the BAL in Africa. In addition, we fear that it is likely that playing BAL games in Kigali will lead to bad publicity for both the league and for Rwanda, as the international press can very easily question why a sports venture of this stature is taking place inside of a dictatorship with enormous humanitarian problems. My family and I urge you, on behalf of our husband and father, as well as countless other victims of the Rwandan regime, to please reconsider your choice to host the BAL games in Rwanda. In doing so, we also hope you will join the calls to place pressure on the Rwandan government both to free Paul Rusesabagina, but also to dramatically improve their treatment of other dissidents and their general treatment of their own citizens.

She signs it, “In solidarity, Taciana Rusesabagina.”

The concerns go well beyond the case of Rusesabagina. In a statement e-mailed to me, Kambale Musavuli, an analyst with the Centre for Research on the Congo-Kinshasa, wrote:

In a time where the NBA Commissioner Adam Silver, the teams and players have expressed their commitment to social justice in the wake of the Chauvin guilty verdict for the murder of George Floyd, it is appalling to see that the NBA’s new Basketball Africa League plans to make its debut in Kigali, Rwanda. This act is in contradiction with the NBA values of integrity and respect as it provides cover for Rwandan President Paul Kagame and his government’s crimes in Rwanda and the Democratic Republic of the Congo. The United Nations High Commission for Human Rights released in 2010 the “UN Mapping Exercise Reports” documenting the most serious violations of human rights and international humanitarian law noting that Rwandan soldiers under the command of Paul Kagame committed in the Congo “war crimes, crimes against humanity and possible genocide if proven in a competent court” in the conflict which has now taken over 6 million Congolese lives.

Anti-Asian Racism and the 2020 Olympic Games

Gwen Berry Is the Hero We Need

I contacted the office of NBA Commissioner Adam Silver for comment. I received a response from Basketball Africa League (BAL) President Amadou Gallo Fall, who said, “In collaboration with the NBA, FIBA, the 12 Basketball Africa League teams and public health experts, we are holding the inaugural BAL season at a single site in Kigali because Rwanda has the infrastructure and facilities in place to provide the best opportunity for a safe and successful event. The BAL believes sports have a unique ability to bring people together and we are committed to growing the game of basketball on the African continent.”

This emphasis on the allure of “infrastructure and stability” hides a darker truth, says journalist Michela Wrong, author of Do Not Disturb, and four other books on Africa. She wrote:

Visitors to Rwanda always rave about how clean and tidy the streets are, the absence of beggars, and the fact that you can walk around safely at night. It’s all true. But so is the fact that Rwanda is one of the most repressive and sinister countries in Africa today, where elections are routinely rigged, the media broadcasts one long praise song for President Paul Kagame, and anyone who voices even the mildest criticism can be arrested or worse. Kagame is utterly ruthless when it comes to silencing or taking out his enemies, both at home and abroad, and NBA fans should be aware of that grim reality.

The pleas of those raising these concerns should not fall upon deaf ears. The NBA has spent considerable time and energy marketing itself as a league that gives a damn about social justice and stands for something more than mere profit. That image was dinged a year ago when the league’s business with China was held up for public scrutiny. Much—but certainly not all—of that criticism came from the insurrectionist wing of the Republican Party who used it as a cudgel to try to silence NBA players speaking out against police violence. These actors could not care less about the plight of people in China. One of the loudest voices against the NBA’s dealings with China a year ago was Senator Josh Hawley, who in mid-April cast the lone vote against a Senate resolution condemning violence against people of Asian descent. I don’t necessarily think the right wing will take up the issue of justice for the Rwandan and Congolese people just to shame the NBA. But if the league wants to be seen as a voice for what is right, it also needs to show that it can listen to those raising these concerns and not dismiss them.