ykolaiv, kraine—Shortly before one in the morning on Monday, Serghiy awoke to the sound of a loud boom. It was louder than the usual sounds of the frequent shelling in this city in southern Ukraine, so he gathered that this one was a close hit. There were four more booms in the next 30 minutes or so, each one sounding more distant from his neighborhood south of the city, near occupied Kherson, and each one approaching closer to the city center.

Serghiy was sleeping at a relative’s house near his own that night, and at six in the morning he made the short walk to his house. He found it surrounded by police. A Russian S-300 missile had struck his courtyard. It had split into three pieces: One lay on the street outside his fence; another was lodged in the remnants of a brick wall; and the third, the rocket’s engine, sat in a small crater between an outdoor oven and the kennel of Serghiy’s dog.

The attack on Mykolaiv was one of the first waves of a massive aerial barrage by Russia on Monday, the latest and largest escalation in Vladimir Putin’s war against Ukraine since the onset of the invasion. From early Monday morning until close to noon, the entire nation was under an air raid alert, and at least 16 cities were hit. Rockets struck downtown Kyiv during rush hour, knocked out water and electricity in Lviv to the west, and targeted the cities of Dnipro, Kharkiv, and Zaporizhzhia to the south and east. Many of the cities hit were far from the front lines and had not frequently been the target of Russian attacks. The strikes targeted civilian infrastructure, in what Putin later called a retaliatory response for the Ukrainian intelligence service’s attack on a strategic bridge in Russian-occupied territory several days earlier.

“The morning is tough,” Ukrainian President Volodymyr Zelensky said in a video address Monday. “We are dealing with terrorists. Such a time and such goals were especially chosen to cause as much damage as possible.”

Perhaps the most shocking attack was in Kyiv, which had been largely free of airstrikes since July, allowing life there to return to relative normalcy. The rockets hit during rush hour in the heart of the capital city, shooting plumes of black smoke into the sky, torching cars, and leaving a large crater next to a playground in a popular park named after Taras Schevchenko, a literary figure who embodies the Ukrainian identity.

“We have seen another terrorist attack directed against the civilian population,” Ukrainian senior presidential adviser Mykhailo Podoliak told The Nation. “The aggressor carried out massive attacks on objects of exclusively civilian infrastructure and won nothing from the point of view of waging war. Russia has only once again demonstrated its terrorist nature.”

As of Monday afternoon Kyiv time, 11 people were reported killed and 84 injured in the attacks across Ukraine, according to the State Emergency Services, while four regions—Lviv, Poltava, Sumy, Ternopil—remained without electricity.

Denise Brown, the humanitarian coordinator for the United Nations in Ukraine, called the attacks “shocking and deadly” in a statement released Monday. “People on their way to work, parents taking their children to school,” she added. “There is no excuse for this violence.” 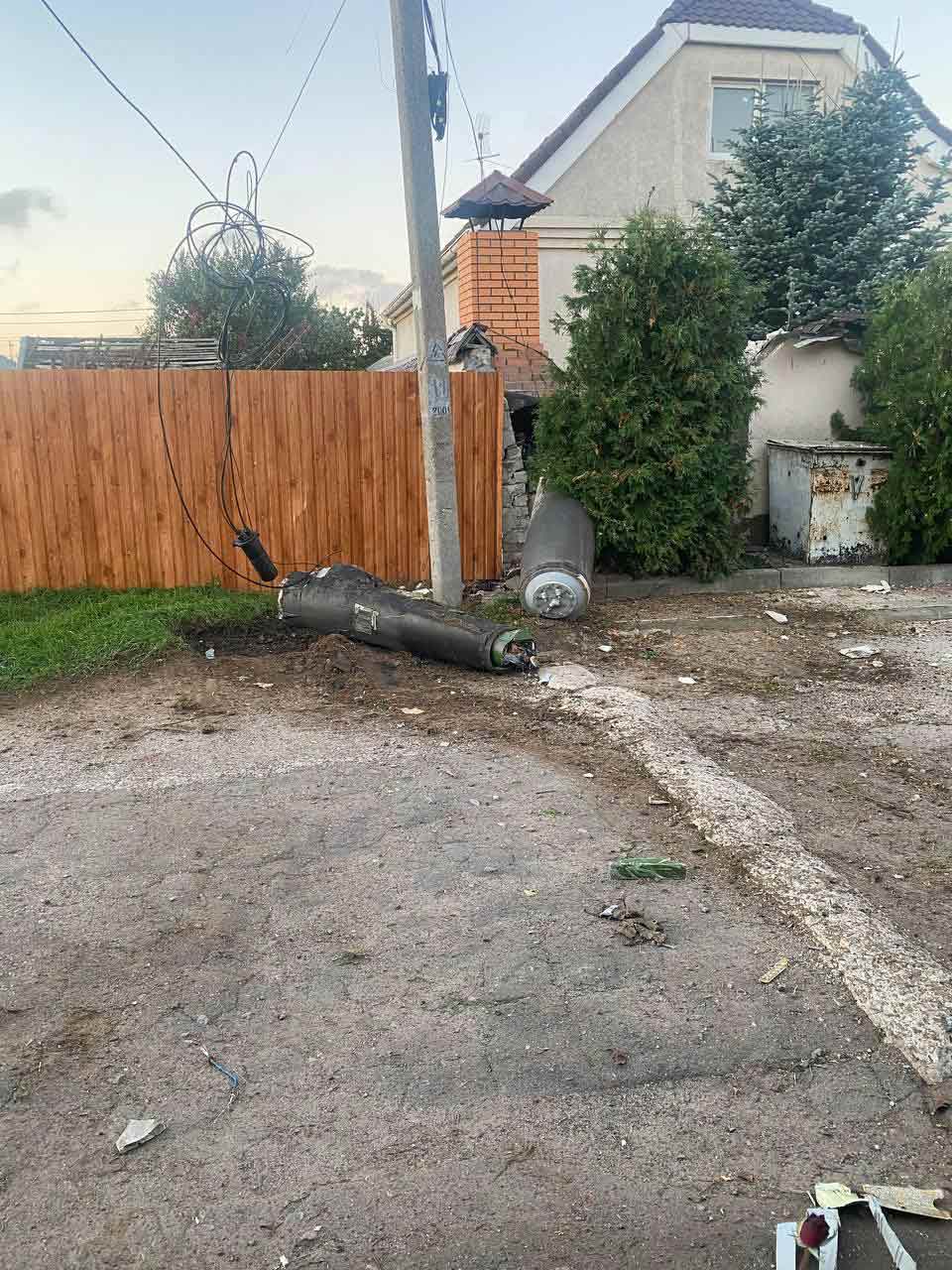 The possibility of such an attack had been percolating for weeks, as Russia suffered continued losses following the success of Ukrainian counteroffensives in the Kharkiv region and close to occupied Kherson. On Friday, Ukrainian saboteurs struck occupied Crimea, dealing significant damage to the Kerch Bridge, a critical piece of Russian-built infrastructure that helps supply forces along the southern front. The following day, Putin appointed a new commander for his military in Ukraine—the infamous Sergei Surovikin, who oversaw the destruction of Aleppo in Syria—and called the attack on the Kerch Bridge “an act of terrorism.”

Kai Bird and The Nation

Then, on Monday, Russia launched a barrage of at least 84 missiles and 24 drones at Ukraine. According to Ukraine’s Ministry of Defense, 56 of them were intercepted by the Ukrainian military, indicating that the damage could have been far deadlier if it weren’t for the air defense systems supplied earlier in the war by some Western powers, including the United States. Ukrainian military officials have made continued requests for more air defense aid throughout the war.

One of the early-morning rockets struck the Admiral Makarov National University of Shipbuilding in Mykolaiv, leaving a massive gash in the top few stories of one of the buildings on campus. It is the second time the university has been targeted by an aerial attack, and employees had only recently fixed the windows shattered by the blast in July. Hundreds of windows were now shattered again. Late Monday morning, a crew of workers was busy sweeping up glass and clearing debris from the foyer, while professors walked past carrying belongings salvaged from their damaged offices. Hanging on the walls were photos of students, smiling and holding up peace signs, reminders of a time before the war. On the floor nearby sat three Russian rockets, which had been previously placed there in preparation for being put on display in an exhibit at the university’s museum. The rocket from this morning’s strike had been taken away by police for further investigation, but small fragments still littered the tree-filled courtyard.

Meanwhile, in a meeting with his Security Council, Putin celebrated the bombardment. He said it was in retaliation for the attack on the Kerch Bridge, warned of further attacks, and described it as a “massive, high-precision” strike. Of course, there was no mention of the missile lodged in Serhiy’s fence, of the crater next to the playground in Kyiv, or of the 11 dead across Ukraine.