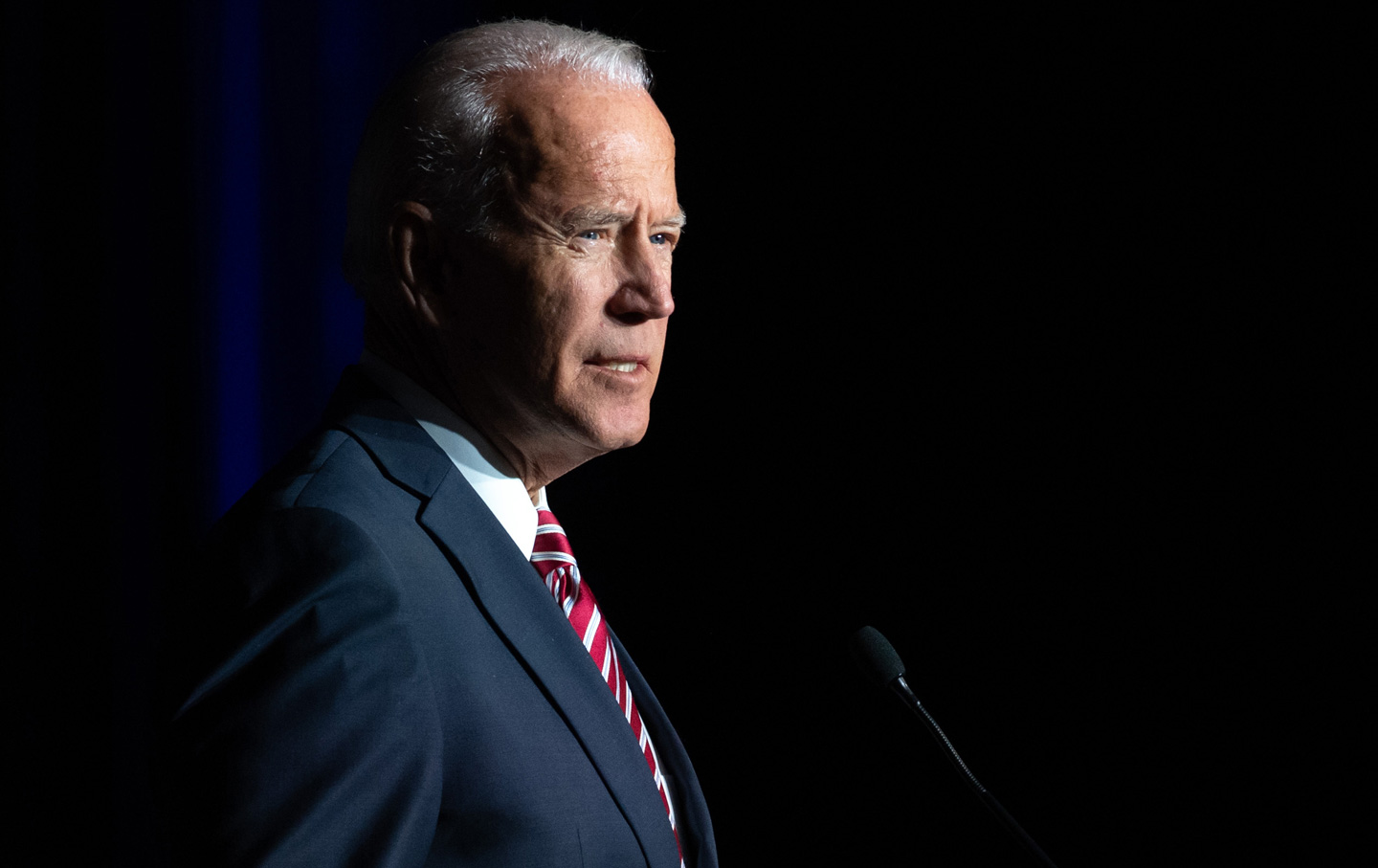 More than 50 groups seeking “a more principled foreign policy, one that prioritizes diplomacy and multilateralism over militarism” wrote an open letter last month to presumptive Democratic presidential nominee Joe Biden. “It is time,” they argued, “to end our endless wars and adopt a new approach to international relations, one in which the U.S. abides by international law, encourages others to do the same, and utilizes our military solely for the defense of the people of our country.”

The letter, which made a practical case for Biden and the Democrats to embrace a more progressive approach to international affairs, was organized by Demand Progress and signed by organizations such as MoveOn, Indivisible, Just Foreign Policy, Peace Action, and the Quincy Institute for Responsible Statecraft.

“As the Coronavirus pandemic reveals, our country and many others are woefully unprepared for the crisis that we now face. Without extraordinarily bold leadership, this is likely to be the beginning of a period of profound instability for the entire planet, given the intensifying climate crisis that is also now underway,” explained the groups. “Just as the domestic policy debate has shifted significantly in recent years, the current global context demands that we act boldly to redefine the role of the U.S. in the world.”

The groups outline a set of proposals that include repealing the 2001 Authorization for the Use of Military Force (AUMF ) and respecting congressional war powers, opposing regime change interventions and broad-based sanctions, and reducing the Pentagon budget, as well as engaging diplomatically with Iran and North Korea and supporting a just resolution to the Israeli-Palestinian conflict. It’s a robust agenda that proposes substantial policy shifts by Biden.

This moment opens up the chance for a deeper foreign policy discussion, not just because of the coronavirus, but because, as Demand Progress senior policy counsel Yasmine Taeb reminds us, “We are tired of endless wars and a destructive agenda of rampant militarization.” To its credit, the Biden campaign reached out to Demand Progress and several other groups after the letter was sent; a phone conversation took place and there’s a promise that the dialogue will continue.

So why not give a little more form and structure to the dialogue?

Biden’s campaign has, in cooperation with Bernie Sanders, established six unity task forces that the presumptive Democratic presidential nominee says will influence his campaign going forward. “We’ve set up joint committees together to deal with how we would deal with everything from the virus all the way down to education, the criminal justice system, the New Green Deal, etc.,” the former vice president explained earlier this month in an interview with the CBS television affiliate in Las Vegas. “I’m working with Bernie and his people and, so, we’ve made some changes and listened to Bernie supporters.”

There’s been skepticism about the task forces. There’s also been a measure of hope on the part of at least some progressives that the task forces might move Biden to accept more of the policies advanced during the 2020 Democratic nomination race by Sanders. It’s not just about the inclusion of people who have worked closely with the Vermont senator, such as Representatives Alexandria Ocasio-Cortez and Pramila Jayapal, as well as Sunrise Movement cofounder Varshini Prakash, and Sara Nelson, the International President of the Association of Flight Attendants–CWA. It’s also that the task force members more closely associated with Biden, such as Representative Karen Bass and economist Jared Bernstein, have strong progressive credentials.

As the task forces get to work, however, there’s a void. The six task forces that have been established deal with vital issues: climate change, criminal justice reform, the economy, education, health care, and immigration. What about foreign policy? Taeb says the absence of a foreign policy task force is frustrating to a number of the groups she’s worked with, but that so far the Biden camp hasn’t signaled an interest in adding to the list.

That should change. Of course, foreign policy debates touch hot buttons. But those debates are valuable, especially when they touch on issues of war and peace, international relations, trade policies and treaties, cooperation on the climate and all the other global concerns that might occupy a Biden administration.

During the nomination race, Sanders distinguished his foreign policy stances from Biden’s, explaining during a November debate, “One of the big differences between the vice president and myself is he supported the terrible war in Iraq, and I helped lead the opposition against it. And not only that, I voted against the very first Gulf War as well. And I think we need a foreign policy which understands who our enemies are that we don’t have to spend more money on the military than the next ten nations combined.”

In that same debate, Sanders argued that the time has come to “rethink the entire War on Terror.”

“I think it is time, after spending many trillions of dollars on these endless wars which have resulted in more dislocation and mass migrations and pain in that region, it is time to bring our troops home,” the senator declared. He also called for a rethink of the US approach to Middle East affairs, telling the crowd at the Atlanta debate, “It is no longer good enough for us to be pro-Israel, I am pro-Israel, but we must treat the Palestinians with the dignity they deserve.”

It would be naive to expect Biden to make an across-the-board shift from foreign policy positions he has held, in some cases, for decades. But he has a history of engagement on nuclear proliferation issues and he promises to “lead the world to address the climate emergency and lead through the power of example, by ensuring the U.S. achieves a 100% clean energy economy and net-zero emissions no later than 2050.”

Those are places from which to begin the dialogue.

The moment we are in demands plenty of rethinking, as the letter to Biden suggests. Establishing a foreign policy task force and taking its work seriously would recognize concerns like those raised by the Quincy Institute’s Trita Parsi when he said, “The United States is in dire need of a fundamental reorientation of its foreign policy, away from the goal of dominating the globe militarily, which has mired America in endless wars, and towards a national security strategy centered on diplomatic engagement and military restraint. The COVID pandemic has made it abundantly clear that our excessive focus on foreign military threats—real and imagined—have left us naked and vulnerable for the real challenges of this century—pandemics and climate chaos.”