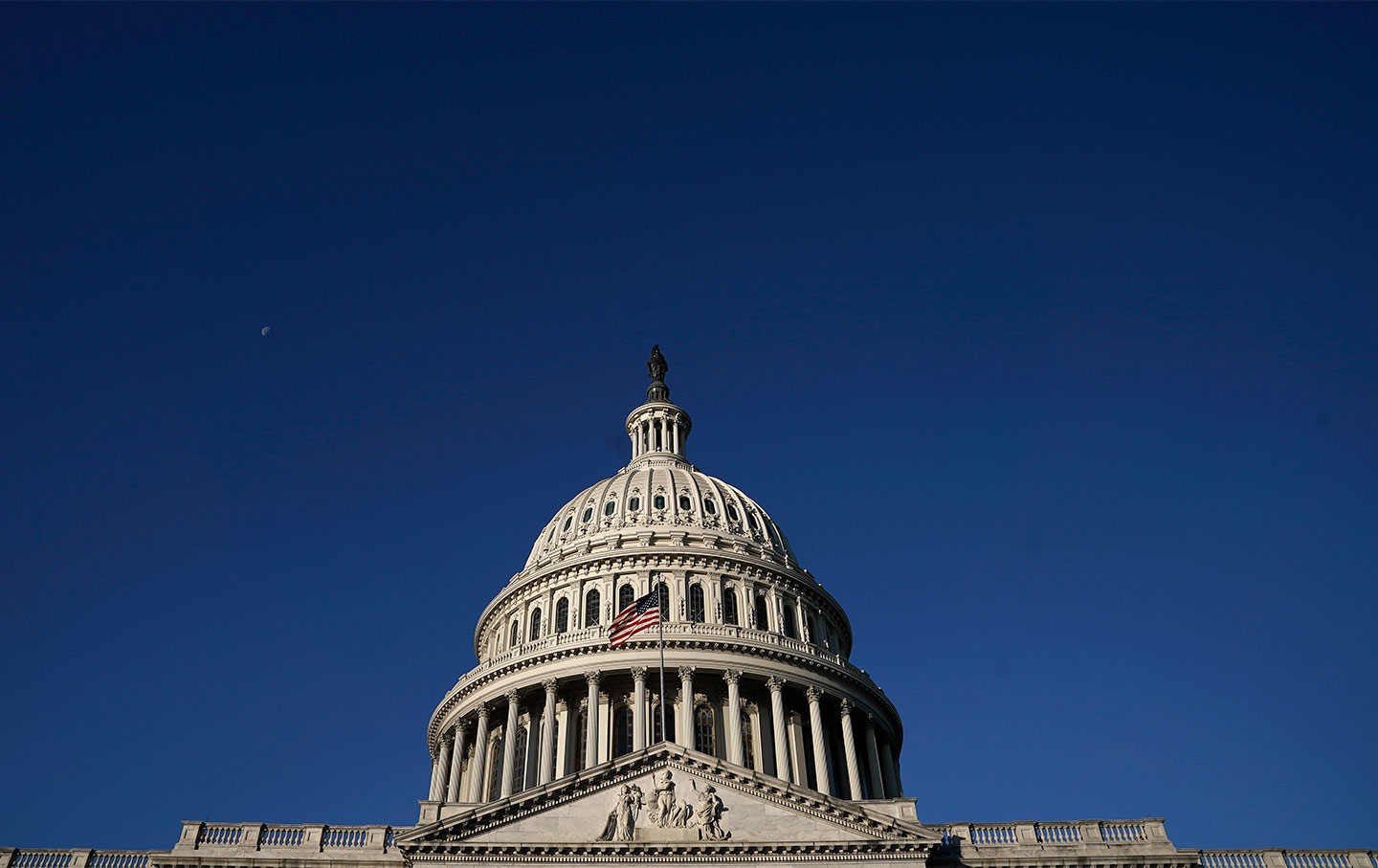 The coronavirus pandemic and the economic meltdown extending from it are reframing our understanding of what endangers us. We now know that the greatest threat facing the United States is not some foreign adversary but a virus. Yet our budget priorities do not reflect this new reality.

House Progressive Caucus cochair Mark Pocan wants to correct that imbalance. “The enemy we’re fighting right now is COVID-19, so our sole focus should be on expanding testing, tracing and treatment, funding towards vaccine development, and relief for the American people,” Pocan says. “Increasing defense spending now would be a slap in the face to the families of over 90,000 Americans that have died from this virus.”

With Representative Barbara Lee, Pocan is leading a group of Democratic lawmakers in calling on the House Armed Services Committee members who will draft this year’s National Defense Authorization Act to authorize “a level of spending below last year’s authorized level.”

In a letter to committee chair Adam Smith and ranking member Mac Thornberry, Pocan and Lee are joined by 27 other House Democrats who argue,

Congress must remain focused on responding to the coronavirus pandemic and distributing needed aid domestically. In order to do so, appropriators must have access to increased levels of non-defense spending which could be constrained by any increase to defense spending.

In the last three years alone–during a time of relative peace–we have increased annual defense spending by more than $100 billion, almost 20 percent. This has occurred during a period without any military action authorized by this Congress. Right now, the coronavirus is our greatest adversary. It has killed more than 90,000 Americans, far surpassing the number of casualties during the Vietnam War. We must remain focused on combating the coronavirus and not on increasing military spending that already outpaces the next 10 closest nations combined (China, India, Russia, Saudi Arabia, France, Germany, the United Kingdom, Japan, South Korea, and Brazil).

That argument has been made before, but it takes on new meaning when Congress is wrestling with questions of how much can and should be spent to address an overwhelming public health crisis, mass unemployment, and the perilous circumstance of state and local governments that have already spent down their budgets in the fight to prevent the spread of the deadly virus.

“The COVID pandemic has laid bare how America has failed to make its budgets reflect the real needs of our everyday families,” Lee says. ”It’s long past time that we address our bloated military budget and re-target resources towards policies and programs that matter the most for keeping us safe, healthy, and secure.”

This is one reason a broad coalition of groups—some of them longtime critics of excessive military spending, others more broadly focused on budget priorities and public policy—have endorsed the call. The backers include Public Citizen, Indivisible, the Council for a Livable World, Demand Progress, Physicians for Social Responsibility, Just Foreign Policy, Women’s Action for New Directions, the Center for International Policy, and the National Priorities Project at the Institute for Policy Studies. Also on board are the American Friends Service Committee, the Friends Committee on National Legislation, Pax Christi USA, the United Church of Christ, Justice and Witness Ministries, Global Ministries of the Christian Church (Disciples of Christ), and the United Church of Christ. Groups such as Peace Action, Code Pink, Beyond the Bomb, Win Without War, and Washington Against Nuclear Weapons Coalition are talking up the proposal. Hailing the letter, Peace Action senior director for policy and political affairs Paul Kawika Martin declared that “Congress must invest in other tools besides the bloated Pentagon to cure #COVID19 and spur economic recovery.”

Massive amounts of money are being allocated now, with scant oversight. Already, the most cynical of the right-wing budget hawks are claiming that too much is being spent, and their objections will grow louder as the 2020 election approaches. The letter spearheaded by Lee and Pocan pushes back with an argument that with the right priorities, the United States has the resources to address the challenges it faces.

“America needs a coronavirus cure, not more war. We need more testing, not more bombs,” the House members argue. “In order to reopen our nation in a data-driven, safe manner, we need to focus our spending efforts on the millions of additional coronavirus tests and tens of thousands of additional contract tracers we will need, as well as covering treatment costs, developing therapeutics, and distributing future vaccines.”

There’s nothing radical about that assessment. Indeed, it echoes the words of a Republican president, Dwight Eisenhower, in 1953:

This world in arms is not spending money alone. It is spending the sweat of its laborers, the genius of its scientists, the hopes of its children. The cost of one modern heavy bomber is this: a modern brick school in more than 30 cities. It is two electric power plants, each serving a town of 60,000 population. It is two fine, fully equipped hospitals. It is some fifty miles of concrete pavement. We pay for a single fighter plane with a half million bushels of wheat. We pay for a single destroyer with new homes that could have housed more than 8,000 people.

Eisenhower, who would eventually warn about the excesses of a profligate military-industrial complex, was a general who came to understand the cost of warped priorities. He preached about the need for a “proper meshing of the huge industrial and military machinery of defense with our peaceful methods and goals, so that security and liberty may prosper together.”

Today, Pocan, Lee, and their colleagues speak a similar language, as they argue that in these “unparalleled times,” it is necessary to “constrain defense spending during this pandemic so that we can defeat the greatest threat to our nation—the coronavirus.”