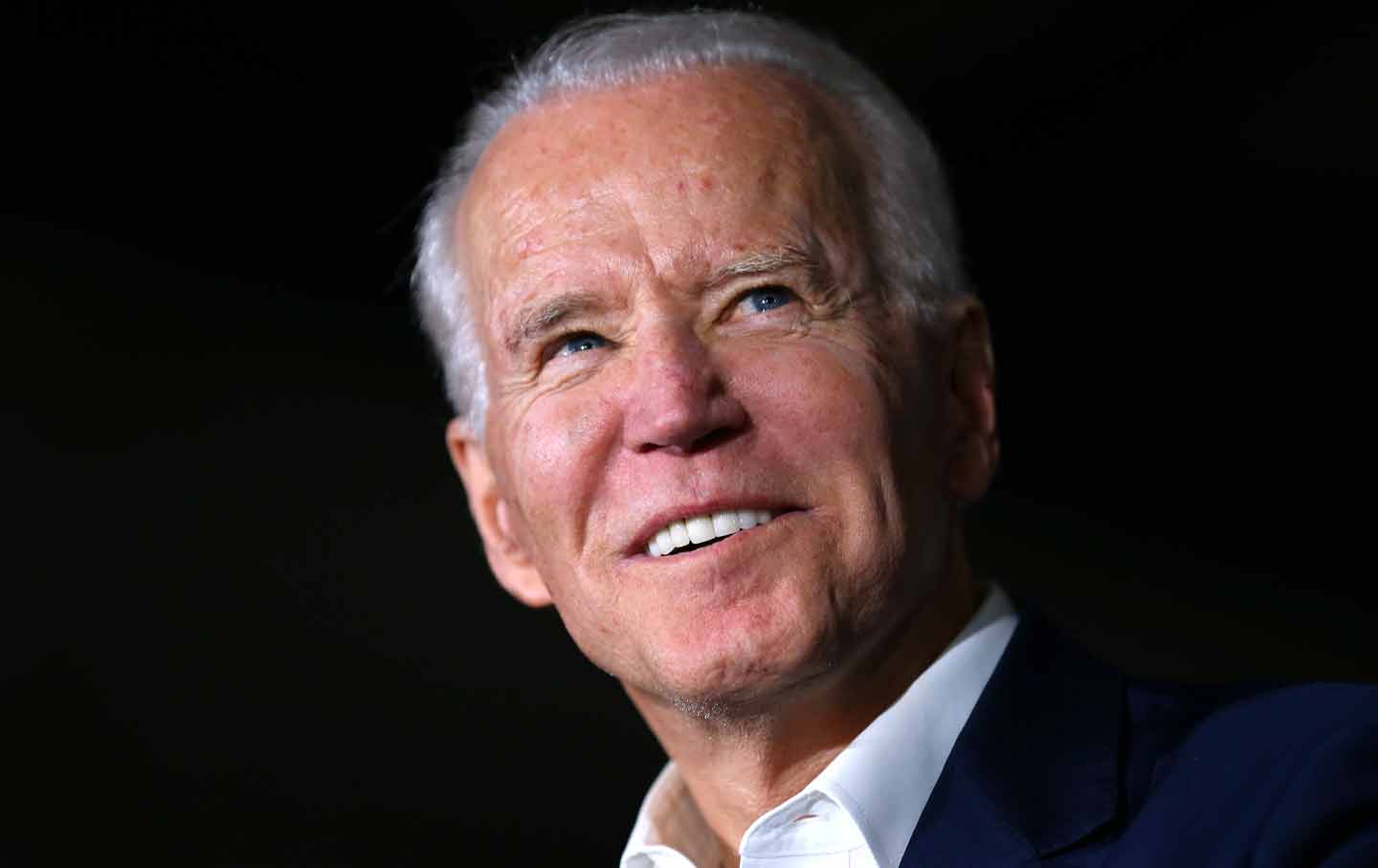 Joe Biden needs to define an unfocused and frequently listless presidential bid by selecting a dynamic running mate. The vice presidential pick, the most consequential decision of the presumed nominee’s campaign, will do much to determine whether the Democratic ticket has the popular appeal to end the most dangerous presidency in American history. It will also determine the extent to which a Democratic surge can give the party the full control of Congress necessary to govern in a moment that could be as challenging as the one Franklin Delano Roosevelt faced in 1933. Let’s hope Biden doesn’t blow the choice—as Hillary Clinton did in 2016 and as too many other Democratic nominees have done in too many other races that could have been won.

Clinton was overconfident about her prospects against Donald Trump, a rival so jarringly unfit that she struggled to wrap her head around the fact that he was even in contention. She was, as Politico explained, “more concerned with finding a long-term governing partner than an electrifying campaigner on the road.” Her VP pick, Virginia Senator Tim Kaine, shared her centrist ideology, came from a state the Democrats were likely to win, and was, as even she acknowledged, boring. So why did she pick him? Because, she said, he “can help me govern.” That’s nice. But you can’t govern if you don’t win.

CNBC dubbed him “Clinton’s safe choice.” In fact, he wasn’t safe at all. “Republicans will run hard against Democrats on trade this year,” warned Stephanie Taylor of the Progressive Change Campaign Committee. “Unfortunately, since Tim Kaine voted to fast-track the Trans-Pacific Partnership, Republicans now have a new opening to attack Democrats on this economic populist issue.” Democrats in swing states grumbled that he did nothing to help excite voters. Just over three months after the ticket was announced, Clinton lost Michigan, Pennsylvania, and Wisconsin—and with them the White House.

If Clinton had been an outlier, that would be one thing. But Democratic presidential nominees have made the same costly mistake time and time again—think Al Gore and Joe Lieberman, Michael Dukakis and Lloyd Bentsen—only to pay the price on Election Day. By now, the lesson should be clear: Instead of looking for a governing partner, Biden needs someone who can get him into a position to govern. Yes, as the oldest major party nominee in American history, he must choose someone that voters see as capable of stepping into the top job and of leading the 2024 ticket if Biden decides against seeking reelection. But beyond that baseline demand, his duty is to pick a candidate who energizes and expands the base, has the potential to tip swing states, and excites the progressives and economic populists who backed Vermont Senator Bernie Sanders.

Biden recalls Barack Obama telling him that in 2008, “I tried to find someone who had experiences or capacity that I didn’t have.” Obama proved his capacity to make himself electable. Biden’s not there yet. Even as he consolidated his position as the party’s presumptive nominee, he faced criticism for taking economic policy advice from former treasury secretary Larry Summers, complaints about an online ad’s anti-China language, and allegations that he sexually assaulted an aide in 1993. Even if Biden addresses those issues—as he must—the Trump camp will amplify every vulnerability. Clearly, the pressure is on the former vice president to expand his electoral appeal by choosing a compelling running mate. 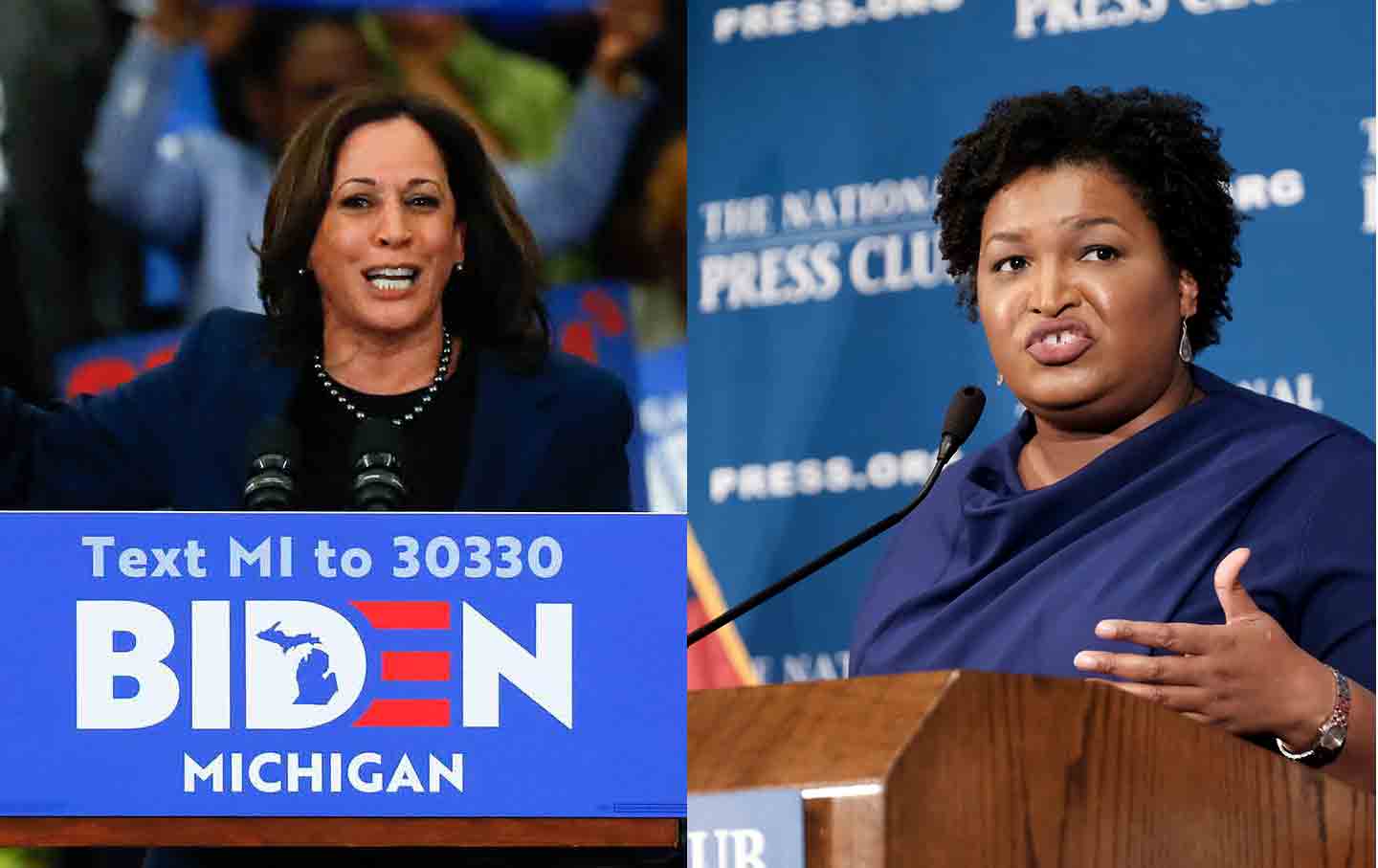 ‘If Not Now, When?’ Behind the Growing Push for a Black Woman VP Nominee.

The idea of making what’s been described as a doubly historic VP selection has been energetically advanced by 2018 Georgia gubernatorial candidate Stacey Abrams, who has said, “Having a woman of color on the ticket will help promote not only diversity but trust.” More than 200 African American women have signed an open letter urging Biden “to seize this historic opportunity to choose a Black woman running mate who will fight for the issues that matter most to the American people and help deliver a decisive victory and a successful Biden presidency.” Abrams is a prospect, as is Senator Kamala Harris of California. So, too, is Representative Val Demings, a vital voice in the Trump impeachment hearings who hails from the swing state of Florida.

There is something profoundly healthy about this campaigning to influence Biden. It democratizes the process. Yes, of course that makes things harder for him. But he needs to be pushed beyond his comfort zone; that is the best way to get a sense of how he will handle the demands of the fall campaign and the presidency. It is not too much to ask, in the year 2020, that the Democratic nominee for president make an intersectional choice that breaks with political orthodoxy and seeks to inspire the turnout necessary for a transformational victory. Indeed, that is precisely what Democrats should demand of their expected nominee.