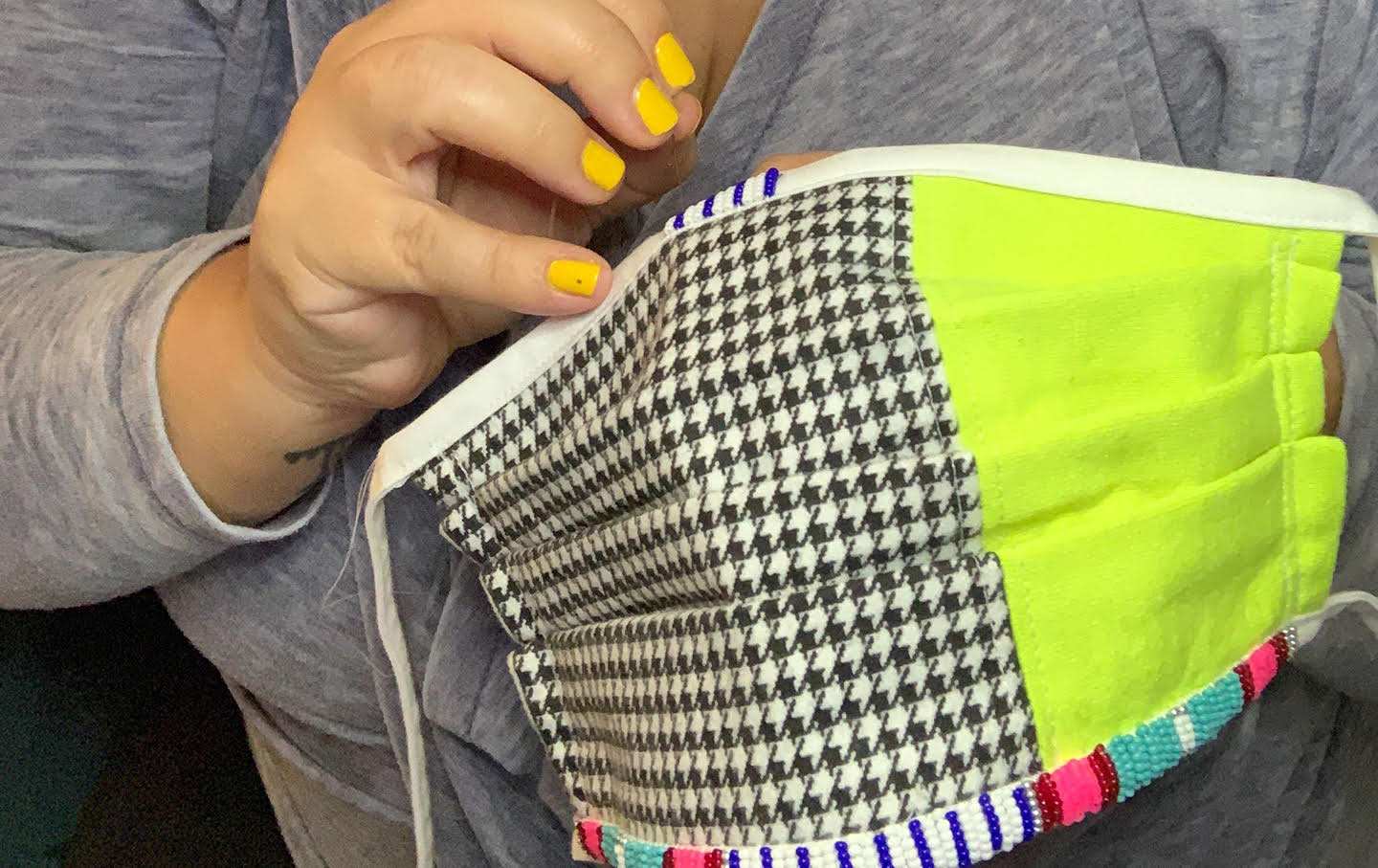 One has been killing us for centuries. The novel coronavirus is biological and blameless, while colonialism is a man-made cocktail of historical and political toxicity. For the sake of metaphor, work with me here, because you cannot discuss the wildfire that is Covid-19 and the disparities it uncovers without recognizing how colonialism has fueled the blaze.

Indian Country, the legal term for the 574 federally recognized sovereign tribal nations of the US mainland and Alaska, is disproportionately affected. Our communities tend to be in isolated rural areas with the least Internet access. Big extended families often live together in small homes. Basic medical care and social services are limited and always underfunded, if they exist at all. Poverty and chronic diseases are rampant. Some of our relatives have no running water—or contaminated water, the fallout of extractive industries—so washing hands can be a hardship.

This double virus explains why some headlines shout that Covid-19 could “wipe out” Natives. As of May 2, the Navajo Nation had 2,373 cases and 73 confirmed deaths, the highest infection rate after New York and New Jersey. With a total Native population of just over 5 million, Indian Country can’t sustain numbers like that.

Something Is Happening Here

As Covid Slams Us, Elders Want Solidarity, Not Sentiment—or Blame

Diary of a Never-Ending Crisis

You’re a Doc, You’ve Got This, but Your Face Shield’s Foggy

Many tribes have instituted strict measures to limit contagion.

The Cheyenne River Sioux Tribe of South Dakota, where I’m enrolled and many of my relatives live, enforces curfew, requires travel permits, and has checkpoints to control traffic in and out of its 1.4 million-acre reservation. Governor Kristi Noem—notorious for snubbing tribes before greenlighting pro-pipeline legislation—now complains that the tribe did not first consult the state, though it’s indisputable that the safety measures work. Cheyenne River announced its first Covid-19 case on April 29, and our tribal chairman credited the checkpoint system for tracing the source of the virus to the victim’s travel outside the reservation. Across the state, communities of color aren’t faring as well. Noem disdained statewide collective protection as “herd mentality,” and Sioux Falls became a virus hot spot, the worst in the country from a single source. But that’s just a coincidence, right?

People with a history of surviving state-led genocide are intimately aware of the power of a well-aimed germ—ask Natives about smallpox. Government inaction is thus not surprising, nor is its boundless opportunism. With public attention focused on the biological virus, the Interior Department decided to rescind the reservation designation of the Mashpee Wampanoag (of Thanksgiving fame) and strip them of their lands. When the tribe’s chairman got the call from the Bureau of Indian Affairs, he’d expected the discussion to be about FEMA relief. A federal judge will hear the tribe’s case May 7.

To say Indian Country distrusts the government is an understatement. We rely instead on culture and relationships—to one another, to our languages, to the land. The concept is foundational to Indigenous ways of being, passed down through ancestral knowledge—or what science calls epigenetics. Call it what you like; it has prepared Indigenous people to weather whatever the plural of apocalypse is. Surviving the very systems built without us in mind, or to destroy us, has forced us to expect and adapt to change.

This capacity for creative thrivance gives me hope, and examples of it shine through in today’s bleak viral landscape—a reminder that medicine comes in many forms.

Proud as I am of our resiliency, I await the day Natives are no longer applauded for surviving. Living in a constant state of “what kind of colonizer bullshit will we have to endure now?” is not OK. To overcome this, we need accomplices.

Now that privileged populations are experiencing the bitter taste of being confined to homes, blocked from earning money or going to worship, facing police action if you gather in groups, feeling the pressure of not having enough, and fearing contagion, maybe you’ll support Indigenous and other marginalized communities and help us demand accountability. And when you learn, as we have always known, that the government is the problem, perhaps you’ll go a step farther and join us in dismantling this colonial system and rebuilding communities of holistic well-being.