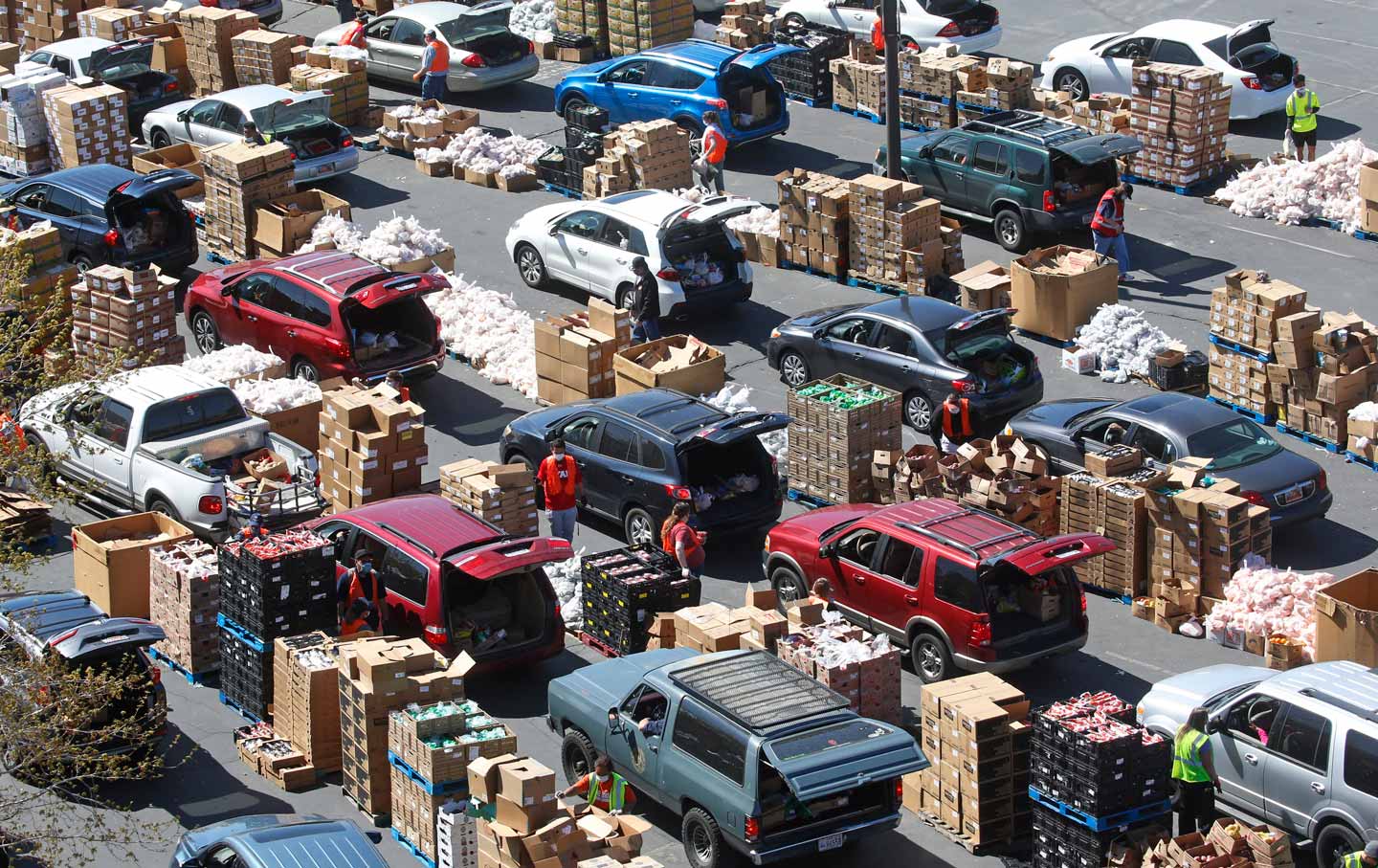 The pandemic has thrown millions of people out of work while mean-spirited government policies ended emergency Unemployment Insurance benefits. More and more families are left with no choice but to turn to public assistance programs like the dysfunctional Temporary Aid to Needy Families (TANF).

But built on racist and sexist stereotypes and degrading by design, the harsh TANF program often harms poor people more than it helps, while the more popular food stamps and rental assistance have too many strings and reach too few people.

Rivaling the Great Depression, the twin public health and economic crises have laid bare the dysfunctional safety net. The deepening adversity calls upon us to imagine a strong safety net that will ensure economic security for all. But first, how and why is it that our nation’s leaders, from the outset, built the system to fail?

The landmark 1935 Social Security Act included both the popular retirement and unemployment insurance programs and the punitive means-tested welfare-type public assistance programs. The latter intentionally stigmatized and humiliated people in exchange for benefits so meager that it’s almost impossible for recipients to escape poverty. The denial of equal access to people of color and women, the exclusion of immigrants, plus harsh time limits, stiff work requirements, intrusive surveillance measures, and undue state discretion deprives too many people of the income they need to pay the rent and to put food on the table. These are not design flaws. Policy-makers intentionally built these systems to hassle the poor, to make the application process as humiliating as possible, and to prevent people from getting the help they need.

Labor, Land, and Legacy: What New Might We Grow in the Shell of the Old?

Some 40 years ago, after Republicans and Democrats joined hands to destroy the safety net, things became much harsher. Republican President Ronald Reagan cut the public assistance programs. Democratic President Bill Clinton declared that “the era of big government is over” and promised to “end welfare as we know it”—purging millions of women and children from the rolls. And Republican President George W. Bush tried to privatize the beloved Social Security Program. Evoking Reagan’s “welfare queen,” the racist and sexist myth that Black women game the system to buy fancy cars and name-brand clothes and pushing Clinton’s flawed welfare “reform” to its logical extreme, the Trump administration wants to end the entire safety net. It brutally cuts more funds, cruelly seeks to require work by people seeking Medicaid or food stamps, and to implement the so-called “public charge” rule to punish immigrants seeking cash support.

Between 1996 and 2018—before the pandemic—these stigmatizing and humiliating policies had already reduced the percentage of families eligible for cash welfare from 68 percent to 22 percent. In states like Texas, Louisiana, and Arkansas, less than 5 percent of eligible poor families get help. All the hassling and threats send a clear message: “Do not apply.” Fear, exhaustion, and despair further keep too many people away from harsh programs that they nonetheless need to survive. The portion of poor families getting cash help nationwide is the lowest in decades.

We are reaping a bitter harvest of this hardship as 12 percent of all adults in America report not getting enough to eat during the previous week, nearly double that number for Black and Latinx families. One in five renters have fallen behind on rent, and that’s true for nearly a third of households of color, many headed by women. Over a quarter of the nation’s children live in families that sometimes don’t have enough food or clothing for school.

As Covid-19 throws more working- and middle-class people into poverty, some for the first time, Senate Republicans and Trump refuse to pass a relief package. This will ensure catastrophic consequences for millions of people living on the brink, sending them to apply for abusive public assistance benefits they never thought they would need. The pandemic recession has exposed the nation’s deep-seated economic inequality and systemic racism already too well-known and widely experienced by the poor. It has started to open the eyes of others to the stigma and oppression built into safety net programs.

The human consequences have been devastating to people from all walks of life. Mary Reinbold is a single mom of three living in West Virginia who reached the five-year time limit for cash welfare. The loss of welfare forced her to do community service for 40 hours per week for a paltry $301 in monthly cash benefits, plus food stamps and Medicaid for her family. She’s worked on and off, but each time she got a job, welfare reduced her benefits, leaving her to pay 30 percent of her earnings towards rent. When her teenage daughter got a job hoping to save for a car, the state cut the family’s food stamps. Her daughter quit. “It’s a trap with so many obstacles and hurdles that it’s almost impossible just to escape,” Reinbold said. The conservative policies that claim to incentivize people to work have only forced Mary’s family to quit just while they were starting to get ahead.

Millions more families are now experiencing the red tape, the delays, and the stinginess of our systems. People like Tia Ferguson, a substitute teacher in Ohio who waited for months for unemployment benefits she was entitled to receive, and Thomas Miles, a commercial roofer in Florida, who is still waiting for his. Jeff Quattrone, a now-unemployed artist in New Jersey, applied for housing assistance, but the state lottery allocates just 8,000 vouchers—60,000 people applied. Only one in six families eligible for child care get it. This was always wrong, but for “essential workers” it now creates impossible and unsustainable choices.

But with these experiences come the need and possibility for something better. Struggling families have a shared view of what we need to do. They are imagining and fighting for a different future. Co-author Tammy Thomas Miles, whose husband is still waiting for unemployment benefits, has been organizing for a better safety net for over a decade, grounded in her lifetime of experience with systems that don’t help families, even though their taxes pay for the programs. She radically reimagines government’s role and believes that we need a system that doesn’t perpetuate stigma and oppression through racist and sexist stereotypes. She fights for a system that provides a solid foundation for everyone and levels the playing field for marginalized people and those down on their luck.

Tia Ferguson joined a community organization, the Ohio Organizing Collaborative, to help her navigate the unemployment system. She has since spoken out in a town hall event with Senator Sherrod Brown and Representative Tim Ryan and testified before the House Ways and Means Committee about her struggles. Jeff Quattrone believes that the government intentionally disinvests in crucial programs and deliberately discourages people from applying for needed benefits, while giving huge tax breaks to the rich and corporations. That’s why he supports the House-passed HEROES Act and vice presidential nominee Senator Kamala Harris’s proposal to give $2,000 in unconditional cash assistance to people until the pandemic is over. He adds that we should cancel rent and provide massive housing assistance to families. Reinbold wants to see a universal basic income that provides unconditional cash payments to all families.

All of these bold goals are necessary to ring in a Third Reconstruction that replaces our racial and gender caste system with a just and equitable one. These changes will be made by a grassroots movement of people like Mary, Jeff, and Tia who have experienced the brokenness of these systems and who have the courage and radical imagination to replace the old safety net with something new, bold, and available to all.