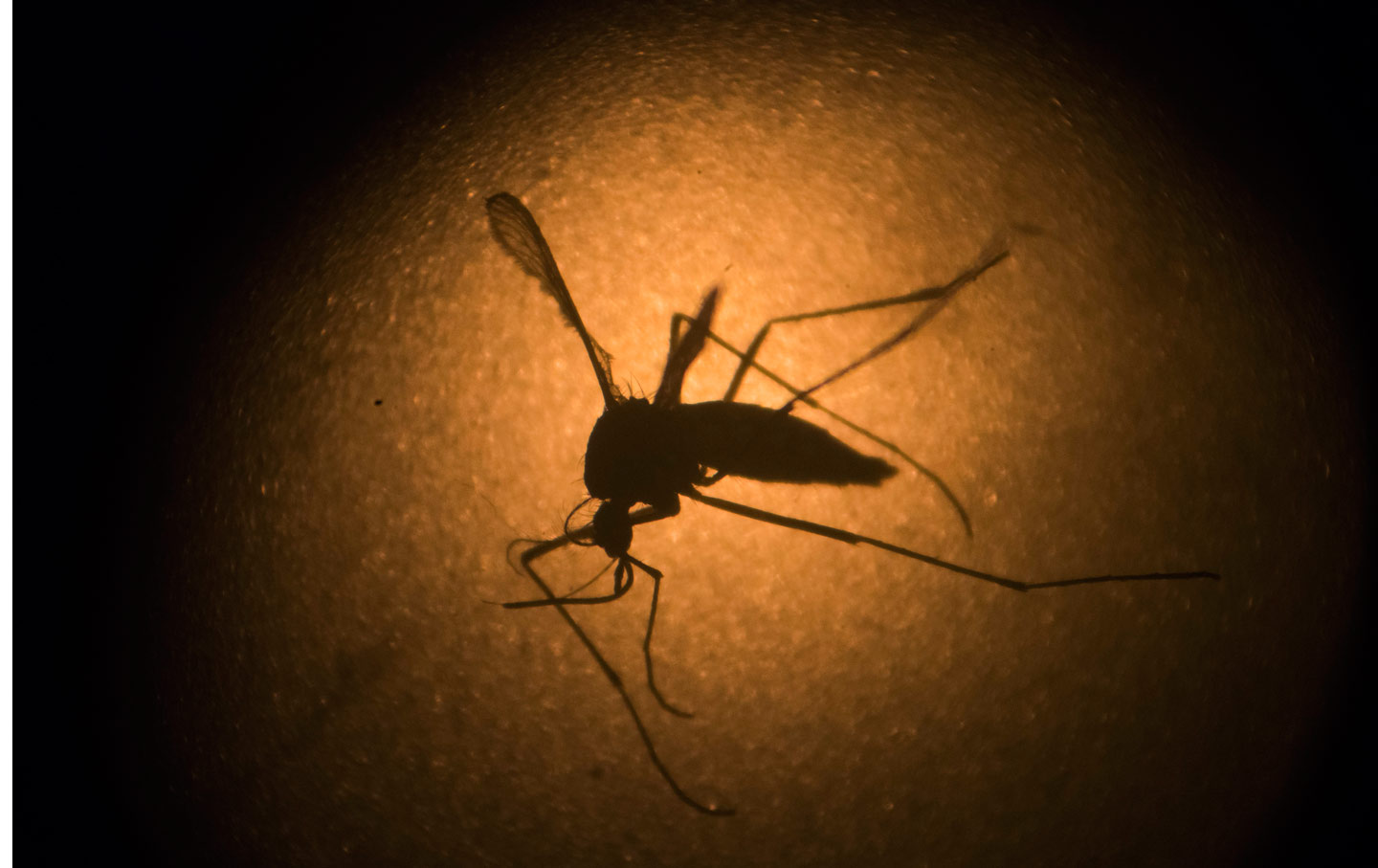 An Aedes aegypti mosquito is photographed through a microscope at the Fiocruz institute in Recife, Brazil. (AP Photo / Felipe Dana, File)

Given how much congressional Republicans like to talk about protecting the unborn, you’d think they might feel some urgency about the Zika virus. Zika, you probably know, has been linked to severe birth defects in Brazil and Colombia. Public-health experts believe it’s headed for the United States, carried by the Aedes aegypti, a type of mosquito commonly found in Gulf Coast states. There is no vaccine, and while scientists are racing to create one, it won’t be ready by the time mosquito season hits—which is right about now. Cities as far north as New York are at moderate risk for an “abundance” of aegypti by midsummer, according to scientists at NASA and the National Center for Atmospheric Research.

But Republicans have been resolutely not doing anything since early February, when the Obama administration requested $1.8 billion emergency funds. Among other things, that money would support vaccine development, research to better understand the virus’s trajectory and its health impacts, and mosquito-control and public-education programs. The latter are the best preventive measures in the absence of a vaccine, and they’re sorely needed in poor neighborhoods where access to air conditioning, functional window screens, and contraception may be more limited. But Republicans argued that Obama’s Zika funding request was just a pretext to get “a blank check” to use for some other unspecified yet undoubtedly nefarious purpose; a “shell game,” in the words of Senate majority whip Jon Cornyn.

On Tuesday afternoon, the Senate finally passed a $1.1 billion funding package, after Republicans killed a proposal to fully fund the White House’s request and another. It’s not nothing, but public-health experts and Democrats described the gesture as insufficient. “Cutting the Zika funding requests in half might give Republicans a chance to tell people how tough they are on spending, and that may be how Republican politics works. But, boy, it’s sure not how science works,” said Senator Elizabeth Warren in a floor speech before the vote. “It is not possible to delay a response to a health emergency for month after month without consequences. It is not possible to nickel and dime a response to a health emergency without consequences.”

The situation is worse in the House, where hardliners are refusing to authorize any new spending. Instead, they want the White House to shift a smaller sum of money dedicated to other health issues, including Ebola, over to Zika programs. But the administration has already repurposed hundreds of millions from the Ebola fund to paper over the GOP’s failure to move on Zika legislation. Meanwhile, Ebola cases continue to surface in West Africa, and health officials say the remaining funds are needed for a long-term campaign to make sure another outbreak doesn’t occur. The Los Angeles Times reports that health issues are being neglected in local areas of the United States, too, as the administration moves emergency funds around, including efforts to deal with contamination from a massive gas leak and a battery recycling plant in LA. “We just can’t keep robbing Peter to pay Paul,” the director for the Centers for Disease Control, Thomas Frieden, said recently.

The Indiana HIV Crisis Didn’t Have to Happen

Some House Republicans used Zika to rebrand an old bid to gut the Clean Water Act. Last week a bill called the “Reducing Regulatory Burdens Act” was renamed the “Zika Vector Control Act.” The legislation would loosen regulation on pesticides sprayed near water. The bill’s supporters say those regulations hinder mosquito-eradication efforts, though health experts have not cited them as a problem. Democrats in the House killed the measure Tuesday, in a vote that occurred under special rules that required a two-thirds majority for passage.

All of this gives the impression that many Republicans just don’t care very much about Zika. “I haven’t kept up with the funding or where it’s at,” Representative David Brat, the Virginia Republican who unseated former majority leader Eric Cantor in 2014, told a reporter. “It’s not at fever pitch the way it was with Ebola,” said Representative Mark Meadows of North Carolina. A reminder: The reason the political discussion about Ebola reached a “fever pitch” was because it was politically expeditious for Republicans to hype a crisis during a midterm election. And even then, those lawmakers resisted allocating funding.

LIKIE THIS? GET MORE OF OUR BEST REPORTING AND ANALYSIS

The glacial pace of action with regards to Zika is part of a broader pattern of disinterest and disinvestment in public health. Last week, with great fanfare, the House passed a slate of measures aimed at the opioid crisis. It’s great news for the politicians who want to tell constituents that they did something about addiction and overdose deaths, particularly in electoral battlegrounds. The problem is that Republicans refused to allocate any money to fund the programs they authorized. They’re also still hemming and hawing about releasing federal dollars to help Flint, Michigan, replace its lead-tainted water system.

Republicans say they want to address all these issues in the regular budget process, rather than by emergency measures. But part of the reason the Obama administration has requested so much emergency funding is because the country’s public health infrastructure has been starved by budget cuts; there’s no evidence to suggest the GOP is newly interested in correcting chronic underfunding later this year. (Even the White House’s recent budget proposals have been criticized by public-health experts for making cuts to essential programs.) The CDC’s budget dropped by more than a billion dollars between 2005 and 2013, according to the Trust for America’s Health. The result of such disinvestment is not only a weakened ability to respond to news-making foreign pathogens like Zika and Ebola, or local crises like the HIV cluster in Indiana, but stalled progress on the wide range of illnesses that have ravaged American communities for so long they are no longer considered noteworthy.