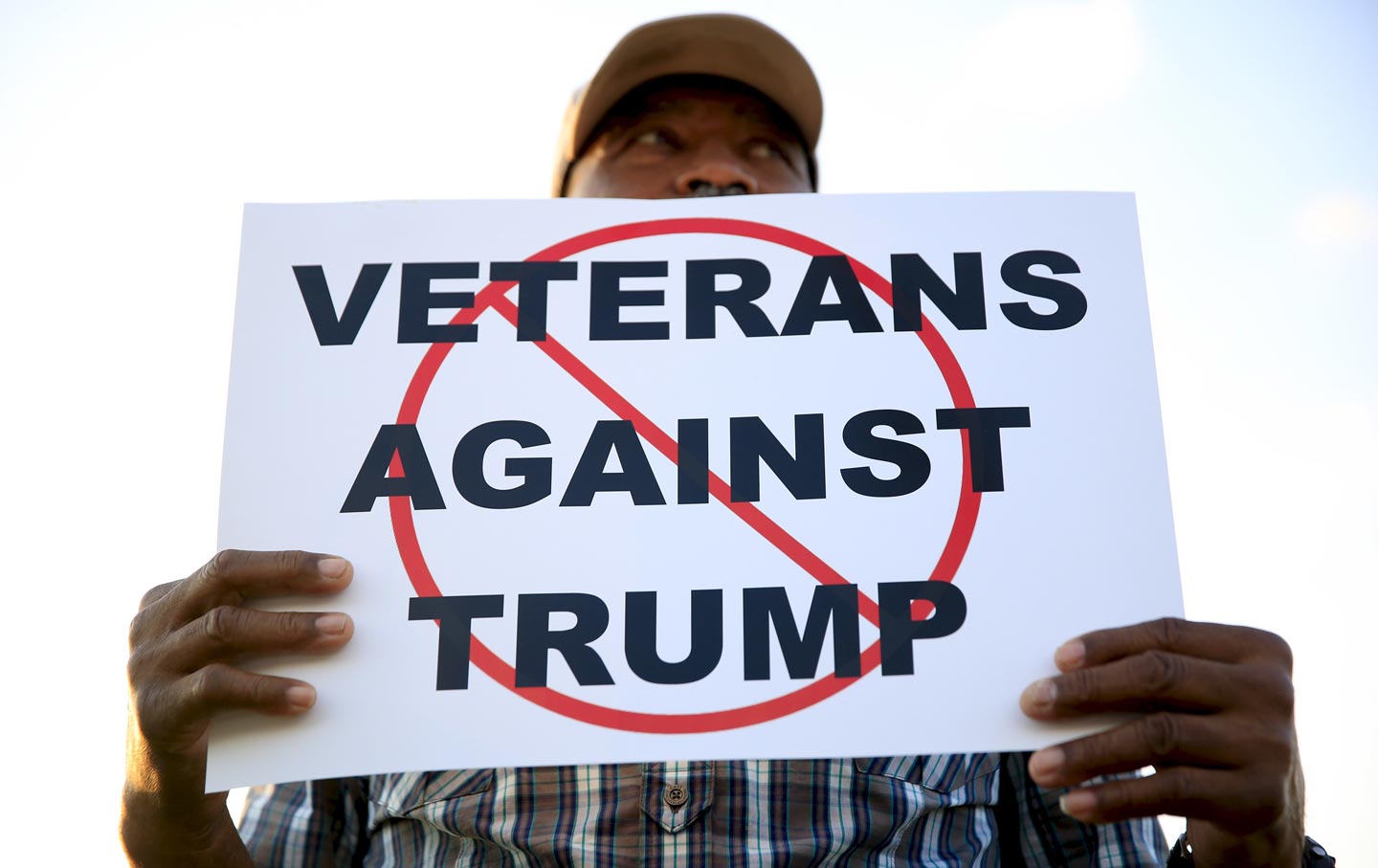 A specter is haunting America—the specter of change. Hispanics make up 17 percent of the nation’s population. The largest share of recent immigrants to the United States is Asian. Fifteen percent of all newlyweds are interracial couples. Same-sex marriage has become legal in all 50 states. Eight years ago, the country elected its first black president. The Congressional Progressive Caucus is now cochaired by a Muslim and a Latino.

Change is never easy; it is the result of years of toil and patience and sacrifice.

Change is never easy; it is the result of years of toil and patience and sacrifice. But as inspiring as change can be for many, it can be terrifying for some.

So it is not a coincidence that a reality-TV star and real-estate billionaire—who questions the validity of Barack Obama’s birth certificate, promises to build a wall to keep out Mexicans, retweets neo-Nazis and anti-Semites, thinks women who get abortions should be punished, wants to ban Muslims from entering the country, threatens journalists, and throws out protesters from his rallies—has become the presumptive nominee of a major political party.

We are told that this xenophobic trend, this anguish about national identity, this insistence on Christianity in societies that are supposed to be secular and democratic, is really a response to economic grievances, including the effect of the global recession on jobs and opportunities; falling incomes for workers, even as corporations enjoy tax breaks; and the corruption of political elites. But economic grievances alone do not explain the trend even in places that have been spared the worst of the recession. After German Chancellor Angela Merkel agreed to provide safe haven for refugees in her country, the far-right Alternative for Germany party has climbed in the polls. One of its leaders is Frauke Petry, who says that “the singularity of German guilt [over its Nazi past] has stood too often in the forefront.” In Denmark, new laws were passed to allow police to confiscate jewelry and cash from refugees and to prosecute anyone giving them a ride.

Nor do economic grievances fully explain how well Trump performs among relatively affluent voters here in the United States. An analysis by Nate Silver put the median household income of Trump voters at $72,000 per year, distinctly above the national average, and certainly above that of Sanders and Clinton voters. In fact, the 2016 survey of the American National Election Studies showed that some of the most powerful predictors of support for Trump are an attachment to white racial identity and the belief that whites are being treated unfairly and losing opportunities to minorities.

None of this is new. The implicit appeal to racial fears has been used to garner votes before: from Richard Nixon’s Southern strategy to Ronald Reagan’s welfare queen driving a Cadillac, from the elder Bush’s Willie Horton ads against Michael Dukakis to the younger Bush’s flyers denouncing John McCain’s “black child.”

But instead I want to insist on hope. Unemployment is at 5 percent, half of what it was in 2009. California and New York have passed a $15 minimum wage. The flow of undocumented immigrants across the southern border, which seems to concern so many voters, is in fact down. High school graduation rates are rising. This isn’t to say that there are not a lot of problems. Of course there are. Wealth inequality, housing affordability, lack of access to healthcare (including reproductive care), environmental destruction, national security—all these remain pressing challenges. But it is to say that these problems can be tackled without resorting to hate.

Here in the United States, the Democratic Party will nominate a woman or a Jew as its candidate for the presidency.

There are so many signs of hope, if we care to notice them. Despite blatantly racist and Islamophobic attacks by his opponent, Sadiq Khan was elected mayor of London on a platform of affordable housing, jobs, and better transportation infrastructure. In Canada, Justin Trudeau won the premiership and proceeded to appoint the most diverse cabinet in his country’s history. In France, Marine Le Pen’s National Front ended up losing regional elections after a record number of voters turned out against it. Here in the United States, the Democratic Party will nominate a woman or a Jew as its candidate for the presidency.

These changes were made possible because people chose to work together rather than fear one another. Coalitions that may at first seem unlikely are being created everywhere. Three years ago, for example, the Islamic Society of North America announced its support for the Employment Non-Discrimination Act, the LGBT anti-discrimination bill. Since last year, veterans of the US wars in Iraq and Afghanistan have been staging protests against Islamophobia at Trump rallies.

There is always resistance to change, of course. When Governor Jerry Brown named Halim Dhanidina to the Los Angeles County Superior Court, making him the first Muslim to be appointed as a judge in California, Brown’s office received hate mail. Dhanidina was derided by fearmongers as the “Sharia judge of Mexifornia.” But perhaps to the disappointment of Dhanidina’s detractors, sharia did not become the law in California. In fact, earlier this month, Dhanidina indicted the Long Beach Police Department for targeting gay men and lying about reports of lewd conduct. In other words, he upheld the Constitution, as stated in his job description.

It is sometimes convenient to be silent in the face of fear. But even when we are silent, we are not voiceless. We have voices. And we have votes. We must stop clinging to the past, and leap into the future.