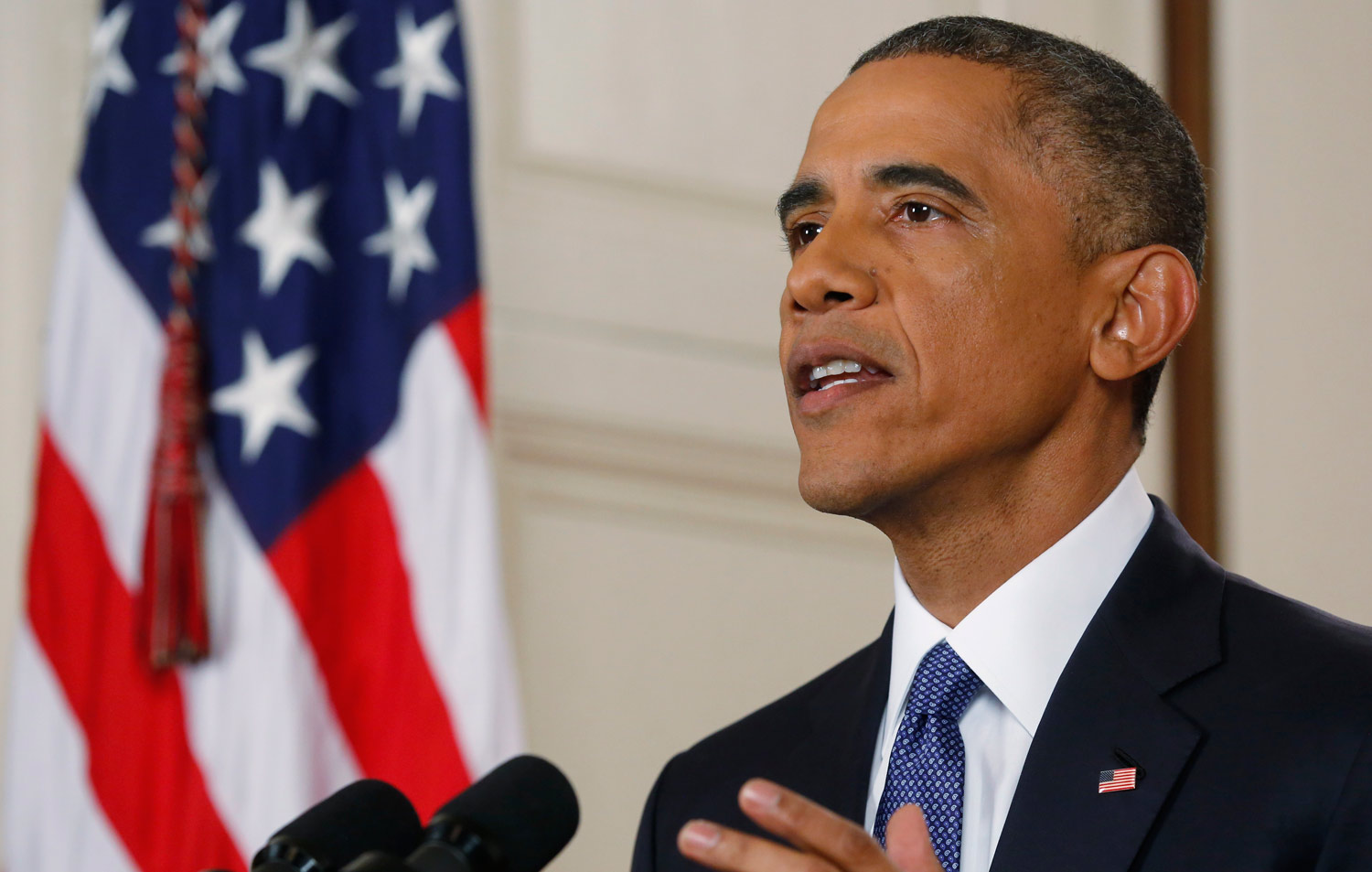 In his speech last night announcing his latest executive action on immigration policy, President Obama took great pains to tell the country what his new immigration policy is not: it is not “amnesty,” just a way for people to avoid deportation; it is not citizenship, just work authorization; it won’t provide social welfare benefits, it will just allow employers to keep exploiting immigrant labor.

Here’s what it is: Obama’s initiative will build on the existing Deferred Action for Childhood Arrivals program, which has since 2012 offered some undocumented youth temporary, renewable reprieve from deportation. A similar protection will be extended to several million undocumented adults, who have children with citizen or green card status, and have at least five years of residency and clean records. More would also gain relief through an expansion of the original Deferred Action to include more childhood arrivals, with no age limit, along with easing the migration of skilled tech-sector workers.

But the president can’t bring about a complete overhaul of the immigration system himself, and millions will be left out of these new measures. Despite the battle cries of Republicans threatening to thwart the plan through procedural countermeasures or lawsuits, opponents can rest assured that the majority of undocumented people will remain without papers, and with nowhere to go.

And while the reprieve will be welcome news for millions, it contains a paradox: young people who were part of the 2012 reprieve, the DACA-mented, will see their parents excluded from the pending relief measures, because the new reforms exclude the undocumented parents of DACA recipients. In other words, the youth who have been on the front lines campaigning for an expansion of their program now face the devastation of their parents being among the millions who the new measures leave behind.

There are many other questions surrounding Obama’s plan. Since it’s intended as a temporary stopgap response to congressional gridlock, Republicans may propose a countervailing, much more restrictive reform bill. Additionally, Obama has tacked on various border enforcement measures that focus, as he put it, on “deporting felons, not families.” But targeting “criminal aliens” has historically served as a pretext for draconian enforcement measures that promote anti-immigrant dragnets and force undocumented workers into poverty and exploitation.

Obama’s announcement did indicate a move away from some of the most sharply criticized enforcement tactics—most notably, by ending the Secure Communities Program, which currently facilitates collaboration between federal immigration authorities and local police. Still, the fact that the termination of Secure Communities comes only after years of mass protests and litigation reveals that the White House has been limited in applying its powers of prosecutorial discretion. This is hardly the first time Obama has promised to use his prosecutorial discretion to shield “law-abiding” (read: politically sympathetic) families. For years, ICE has been operating under a directive to focus on “high priority” cases, generally involving crime and “public security” issues. And yet mass deportations and family breakups continue.

Angelica Chazaro, a Seattle-based activist with the #Not1More campaign, stated after the speech: “I am disturbed by reports that the President will continue to draw lines between deserving and undeserving immigrants that our movement long ago rejected. I am concerned that the President’s announcement will focus ICE’s devastating power on the members of our community that we refuse to leave behind—immigrants without children, LGBTQ immigrants, and the young immigrant men of color most likely to be targeted for arrests and convictions that will disqualify them for relief.”

At the same time, advocates say Obama’s move opens the door to a more long-term solution, including perhaps legislative reforms to provide real legal stability and social protections to allow all immigrants to live with full civil rights, labor rights, and, as the workers’ group NDLON put it, “[p]olitical equality, the essence of citizenship.”

Adelina Nicholls, Executive Director of Georgia Latino Alliance for Human Rights, issued a call for further action: “our struggle for a humane, long-term solution to this country’s broken immigration system will continue. We will continue to demand for an end to local law enforcement’s involvement in federal deportation efforts. And we will continue to fight for all of our community members who will not receive relief from the president’s executive order.”

For now, though, the expulsion machine will keep humming for the around 6 million that remain “deportable.” For many radical immigration activists, that means the system is still broken.

Families for Freedom, which has long campaigned against deportation of people with criminal convictions (often minor nonviolent offenses), sees Obama’s new promises as an extension of an old system. Director Abraham Paulos says limited relief for certain categories of immigrants ignores the central human rights issue of subjecting people to forced exile: “This entire fight has been premised on lifting up some people as worthy of relief, and stepping down on those who are branded as unworthy.” Pointing to the massive immigrant detention system that will remain in place (albeit with perhaps fewer people in it), he adds, “All mass incarceration including immigrant detention, is about making a profit from a person who is deprived of freedom and that should inspire our moral outrage. This system has been a complete human rights failure.”

The #Not1More campaign noted in a recent report that the White House has in the past promised to ease its harsh enforcement measures, but still failed to protect immigrants’ basic constitutional rights:

In many cases, people with no criminal histories are denied prosecutorial discretion solely on the basis of prior immigration violations. In the case of people with criminal convictions, ICE neglects to consider existing positive factors that support a grant of discretion. Such problems also make it difficult for those people applying for the Deferred Action for Childhood Arrivals program.

And even for the qualified, obstacles remain. Many will “owe” back taxes, as if the government benefits they’ve been denied all these years isn’t enough. Community advocates will also need to reach out to fearful communities to persuade them it’s worth the risk of coming forward, after so many years of accumulating mistrust.

Today, millions of immigrants left out of last night’s announcement will have no more reason to trust the country’s immigration regime—nor will the many newcomers who will cross the border tomorrow. So grassroots, human rights-centered coalitions like #Not1More and We Belong Together will keep advocating for a full-scale overhaul, with policies that prioritize family reunification, due process and humane treatment, instead of just border policing or temporary visas. They demand immigration laws that acknowledge the humanitarian and structural problems outside US borders that drive migration.

Obama chose a fitting backdrop for his post-speech rally this Friday—Del Sol High School in Las Vegas. With a large portion of immigrant youth, the student body reflects the country’s diversifying demographic landscape. Several thousand local young people have obtained DACA, and are held up as the program’s success stories, able to pursue jobs and careers without immediate fear of immigration authorities. But not too far from Del Sol lies Henderson Detention Center, where many local immigrant parents have been locked up—an ominous reminder that even if children get relief, the system will not relent in collectively punishing whole families.

Last night Obama asked, “Are we a nation that accepts the cruelty of ripping children from their parents’ arms, or are we a nation that values families and works together to keep them together?” Many immigrants got no answers last night, as the president pulled them further apart from the parents who have endured countless cruelties, in hopes that their children wouldn’t have to.