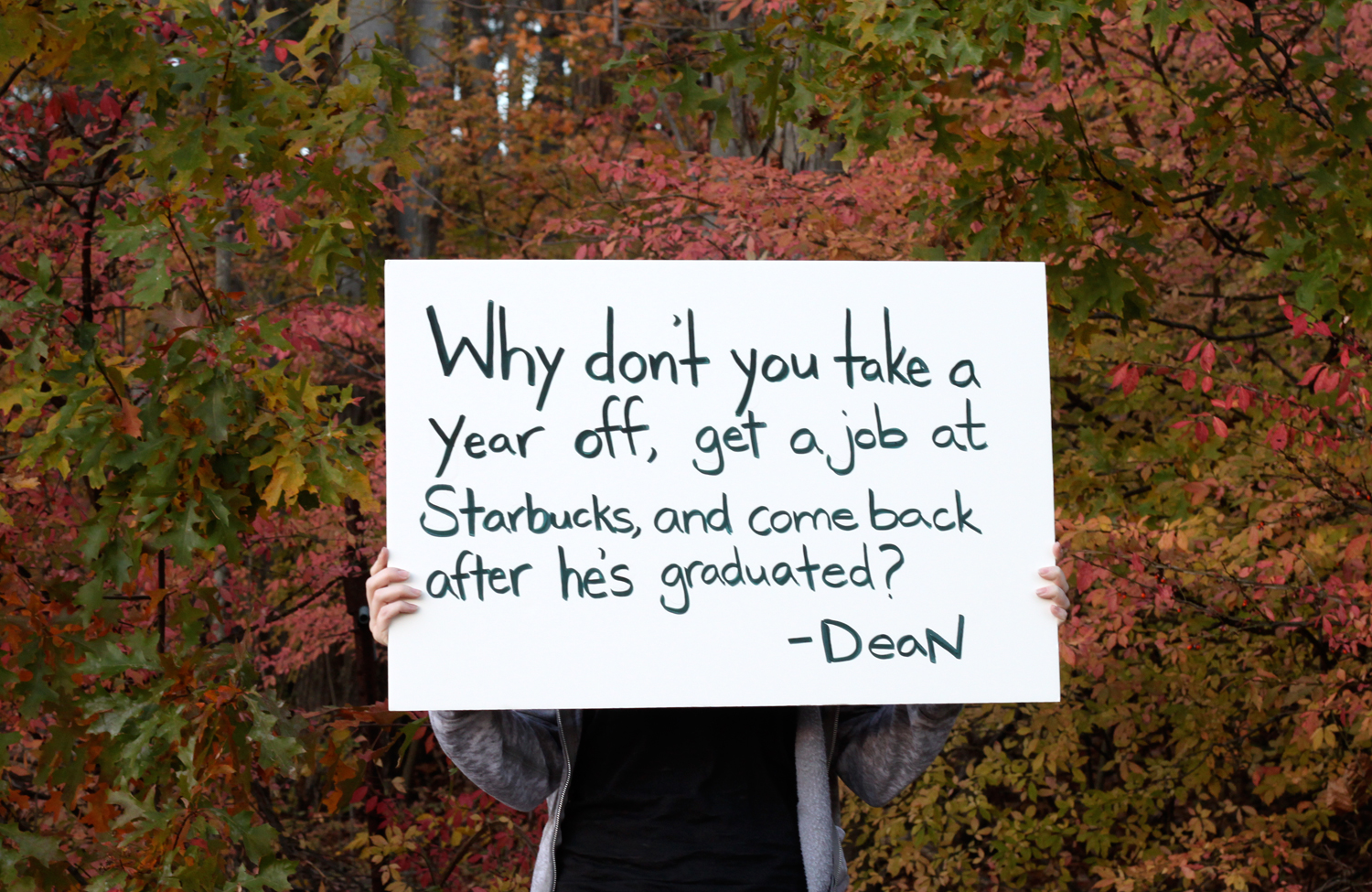 Editor’s Note: We’re excited to be partnering with Know Your IX to demand appropriate consequences for colleges that fail to address sexual assault and rape on their campuses. We’re publishing this piece by Alexandra Brodsky and Dana Bolger of Know Your IX to give our readers a chance to find out more about this vital campaign.

Last July, members of Know Your IX were busy preparing for our national protest to pressure the Department of Education to hold colleges accountable for how they handle campus sexual assault. As we put the finishing touches on posters and chant sheets, two organizers got to chatting about school administrators. Wagatwe Wanjuki and John Kelly realized that they had both been raped at Tufts University, six years apart. Both had turned to the school for help; in both cases, the school failed to support and protect them. And both, they discovered, had felt the brunt of this institutional betrayal from the very same dean. He had been at the center of Wanjuki’s complaint half a decade before and still, as Kelly experienced firsthand in 2013, he continued to deny students not only basic respect and empathy but also their civil rights.

You’d think the university would have gotten it right by now.

Know Your IX is a national survivor-run campaign to end campus sexual violence by educating students about their Title IX rights and empowering them to hold their universities accountable for violations of the civil rights law. Many people think Title IX is just about women’s sports, but in fact it prohibits all forms of gender discrimination in education, including sexual violence and harassment. As part of their Title IX responsibilities, schools that receive any federal funding must actively combat gender-based violence and respond when students of any gender are harmed. When they don’t, they deny survivors access to the full range of educational opportunities available to their peers: as many survivors can attest, it’s impossible to pursue a full range of educational opportunities when you’re studying, eating and sleeping on the same campus as your rapist.

Sexual assault on college campuses has dominated the news as of late, as outlets from The Nation to The New York Times examine the crisis and United States senators hold roundtables and hearings to discuss it. The current national outcry over campus sexual violence may be new, but the violence itself isn’t—and the Department of Education knows that. This isn’t the first time that many of the schools currently under investigation for Title IX violations by the Department’s Office for Civil Rights are facing scrutiny. The OCR has investigated several universities, including Tufts, multiple times in the last decade alone.

Fortunately, the federal government is beginning to recognize what students have known for too long: investigations alone won’t spur schools to make real changes. We’re heartened by the department’s new efforts to give Title IX teeth. For example, in response to student demonstrations like our protest last year, this spring the OCR published a list of the dozens of colleges and universities currently under investigation for Title IX violations—an unprecedented move on the agency’s part and an important first step to hit universities where it hurts: their reputations.

But we can’t stop there. A major reason Title IX hasn’t been effective in ending campus sexual violence is that school administrators know the Department of Education doesn’t hold schools accountable for violating the law: in its entire history, the OCR has never sanctioned a school for sexual assault-related violations. Instead, even when the government exposes terrible abuses, it gives schools second (and third, and fourth) chances to improve—with devastating consequences for students like John, who suffer assaults at schools where students have been complaining about policies and administrators for years. Just as campus rapists have perpetrated violence while confident their schools will never hold them accountable, so too do universities flout their legal responsibilities without fear of repercussions.

This needs to change. Unfortunately, the OCR has only one tool expressly at its disposal to sanction schools: the complete removal of federal funds. This measure is far too blunt an instrument, and would hurt the very students it means to help by drying up financial aid and educational opportunities—perhaps why, in part, the department has been reluctant to issue formal findings of noncompliance in the first place.

That’s why Know Your IX and our partners ask that Congress provide the OCR with the explicit authority to levy fines against schools in violation of Title IX. These sanctions would send a clear message to schools (and the country) that their institutional violence and civil rights violations won’t be tolerated. While the fines alone might not convince a school to change—and while they should not be so onerous that they harm current students—the resulting headlines, read by prospective students and alumni donors across the country, will be unambiguous; in the prestige game of American academia, a rape fine would deal a deep blow.

We wish we lived in a country where we could appeal to schools’ moral compasses—but US colleges and universities have proven time and again that they won’t take sexual violence, and equal access to education for all students, seriously, until they have more at stake. We need to speak to them in the twin languages they understand: money and reputation. Armed with the power to levy fines, the OCR could ensure that it is more expensive for schools to violate survivors’ rights than to respect them.

Now is our opportunity. Senators Claire McCaskill, Kirsten Gillibrand and Richard Blumenthal are looking to introduce legislation this fall to combat campus sexual violence. They know, as we do, that the OCR needs more tools at its disposal. And they’ve already held a series of roundtables to discuss, among other reforms, the possibility of issuing legislation granting the OCR fining authority. Join Know Your IX and The Nation in calling on Congress to fight to make Title IX’s forty-two-year-old promise a reality.