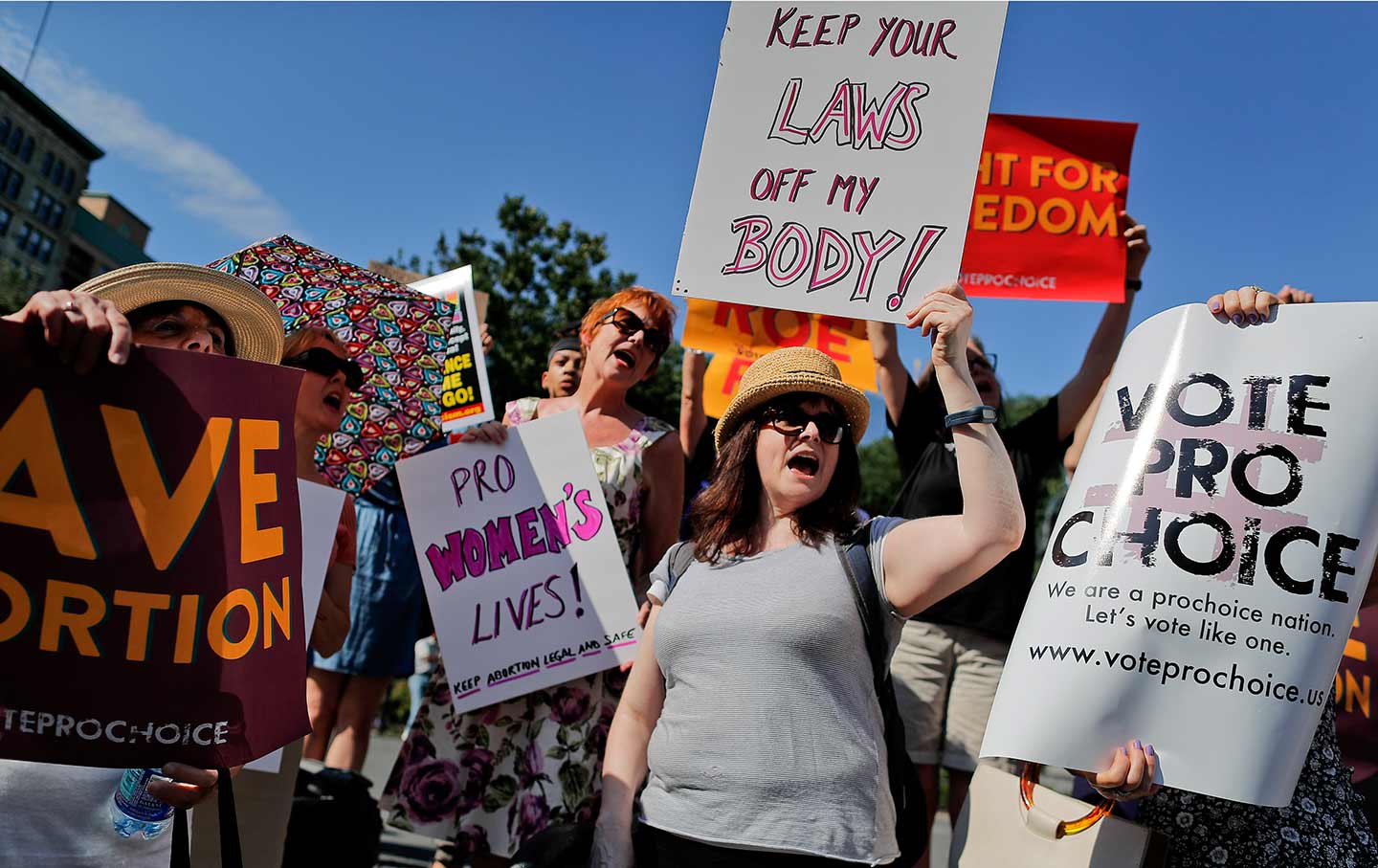 Before the votes were even fully counted, just as voters and activists were cheering a surge of midterm victories for female candidates nationwide, President Trump was at work dampening the celebrations with another frontal assault on reproductive rights.

This week, the administration is publishing several new rules aimed at cutting off access to contraception and abortion under the Affordable Care Act (ACA), by giving companies and institutions participating in the ACA the ability to use religious objections as grounds to restrict coverage for basic reproductive care.

The final rules for contraceptive exemptions would dismantle a foundational precept of the ACA’s mandate under Obama, that birth control was an essential part of comprehensive health-care coverage for women. While the scope of the ACA’s contraceptive provisions remains under dispute in the courts, the administration is parroting the religious right’s line that if your birth-control pills offend your boss’s conscience, your only recourse is to apply for a separate policy or foot the bill on your own.

With this move, Trump has finalized rules for exemptions based on moral or religious objections to contraceptive insurance coverage that would radically expand the scope of so-called “conscience clause” provisions. The new rules encourage the private sector to mold the Affordable Care Act’s benefits to conform to hard-line religious views. A separate proposal, now pending a 60-day comment period, would further stiffen billing rules for abortion coverage under the ACA, to ensure that no federal funds were diverted toward abortion-related services. 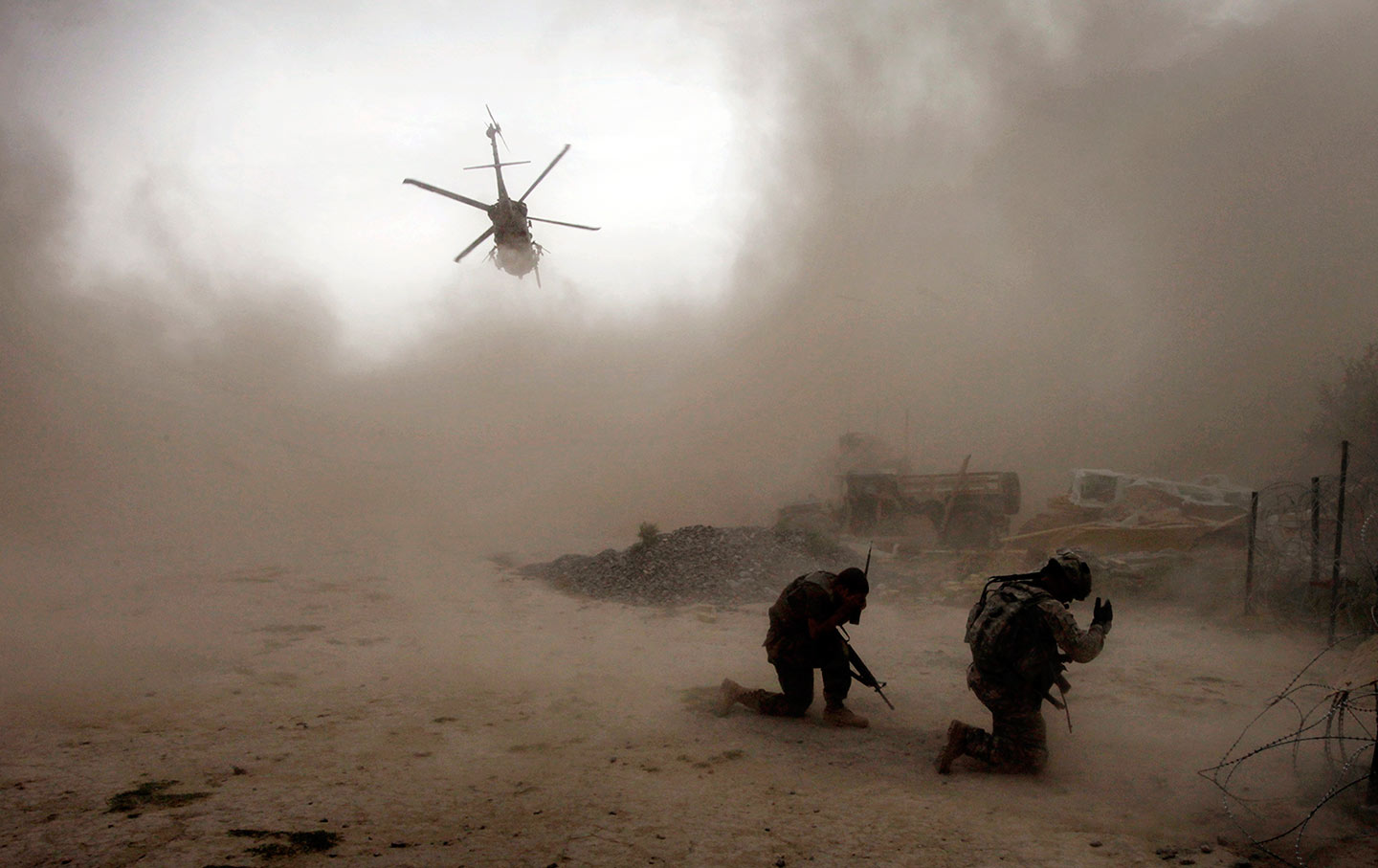 The religion-based exemptions would provide a legal shield for opting out of rules providing free or low-cost contraceptive coverage in federally subsidized insurance plans. The idea is to provide moral and religious exemptions to companies and individuals in order to “minimize the burdens imposed on their exercise of religious beliefs,” allowing an employer to invoke the protection of religious freedom as a pretext for exemption from the health-care law. Insurers could then voluntarily provide the woman a separately funded accommodation for birth-control coverage.

The rules cater to companies like Hobby Lobby, which led the landmark lawsuit challenging the Obama-era’s contraceptive mandates. The Supreme Court sided with the company’s argument that biblical scripture offered individual bosses a right to refuse payment or insurance coverage for contraceptives for their workers. Circumventing both Congress and the courts, Trump is using the regulatory process to make it easier for religiously-motivated employers to upend federally supported contraceptive coverage and make it optional for private insurers.

It’s unclear how companies or ACA beneficiaries will respond to the new exemption rules. Though the administration claims to provide for individuals to apply for accommodations, these would be administered on a voluntary basis, jeopardizing both the availability and affordability of contraceptive coverage. With millions of women covered by ACA plans nationwide, and a new enrollment period just beginning, Trump may soon hand executives a blank check to use religious objections to flout federal law.

The Guttmacher Institute warned in a statement that Trump’s policies would “hold Americans’ health insurance hostage” to a draconian religious agenda. “The real end goal here is clear: to prompt insurers to stop offering abortion coverage altogether, rather than deal with this nonsensical and onerous scheme to stigmatize abortion,” said Senior Policy Manager Megan Donovan.

The new proposed rule governing billing on abortion services in ACA-supported plans would further erode reproductive choice under the ACA, by forcing insurers to explicitly “segregate” funds to be used for abortion-related care, adding more bureaucratic hurdles for women at a time when the administration is also moving to shut down more abortion clinics nationwide. (In just the first quarter of 2018, Guttmacher reports, “308 new abortion restrictions have been introduced in 37 states.”)

The ACA dramatically enhanced women’s access to contraception, both through the expansion of Medicaid and the extension of private-insurance coverage through Obamacare subsidies. In 2013 (prior to the Hobby Lobby case), according to Center for American Progress, the law enabled women to save an estimated $1.4 billion on birth control pills—and that does not count other contraceptives like IUDs and injectables. The Guttmacher Institute’s surveys show that under the ACA, the number of privately insured women freed from out-of-pocket costs for birth control soared, more than tripling for the contraceptive ring and quadrupling for pills.

It’s unclear how many employers would seek religious exemptions under the new rules, but even under Obama, requests for exemptions were flooding into Health and Human Services. According to federal records, of 45 requests filed from 2014 to 2016 (most of which were granted), more than half came from for-profit corporations in a variety of non-religious sectors, ranging from agriculture and manufacturing to telecommunications and information technology.

Conscience-clause legislation and policy-making have steadily expanded over the years, with the states serving as the primary incubators for deploying “religious freedom” to limit reproductive-health care access. About 46 states, according to Guttmacher, allow exemptions from certain reproductive-health services. In many cases, they cover only medical providers, but others enable religious institutions, or private institutions generally, to opt out of providing access to contraceptives; a handful offer specific exemptions to pharmacists who think filling prescriptions for birth control “burdens” their spiritual practice.

Now the conscience-clause surge in the states has boomeranged back to Washington. The power that Trump gained in seizing the reins of the ACA was one major factor that drove voters to in the midterms to vote to preserve, and strengthen, federal health-care coverage. Many candidates campaigned on a promise to go beyond the ACA by fighting for a much broader “Medicare for All” plan.

Shaina Goodman, director of Reproductive Policy with the National Partnership for Women and Families, argued that Trump’s post-election salvo against reproductive rights makes the task of the new Democrat-controlled House even more urgent: Congress will ultimately determine the fate of Obamacare’s contraceptive coverage, and “House Democrats will be examining many ways that they can halt or provide a check on the administration’s efforts to undermine abortion rights and contraception access.”

Still, many progressive female candidates won their races based on a strong health-care platform. While Trump is unleashing his anti-abortion arsenal in the wake of the midterms, the incoming class of progressive female legislators are gunning for a standoff: Trump might be able to upend the law’s mandate for provide gender equity in health care, but the women lawmakers will enter the Capitol with a much more powerful mandate—from the people.