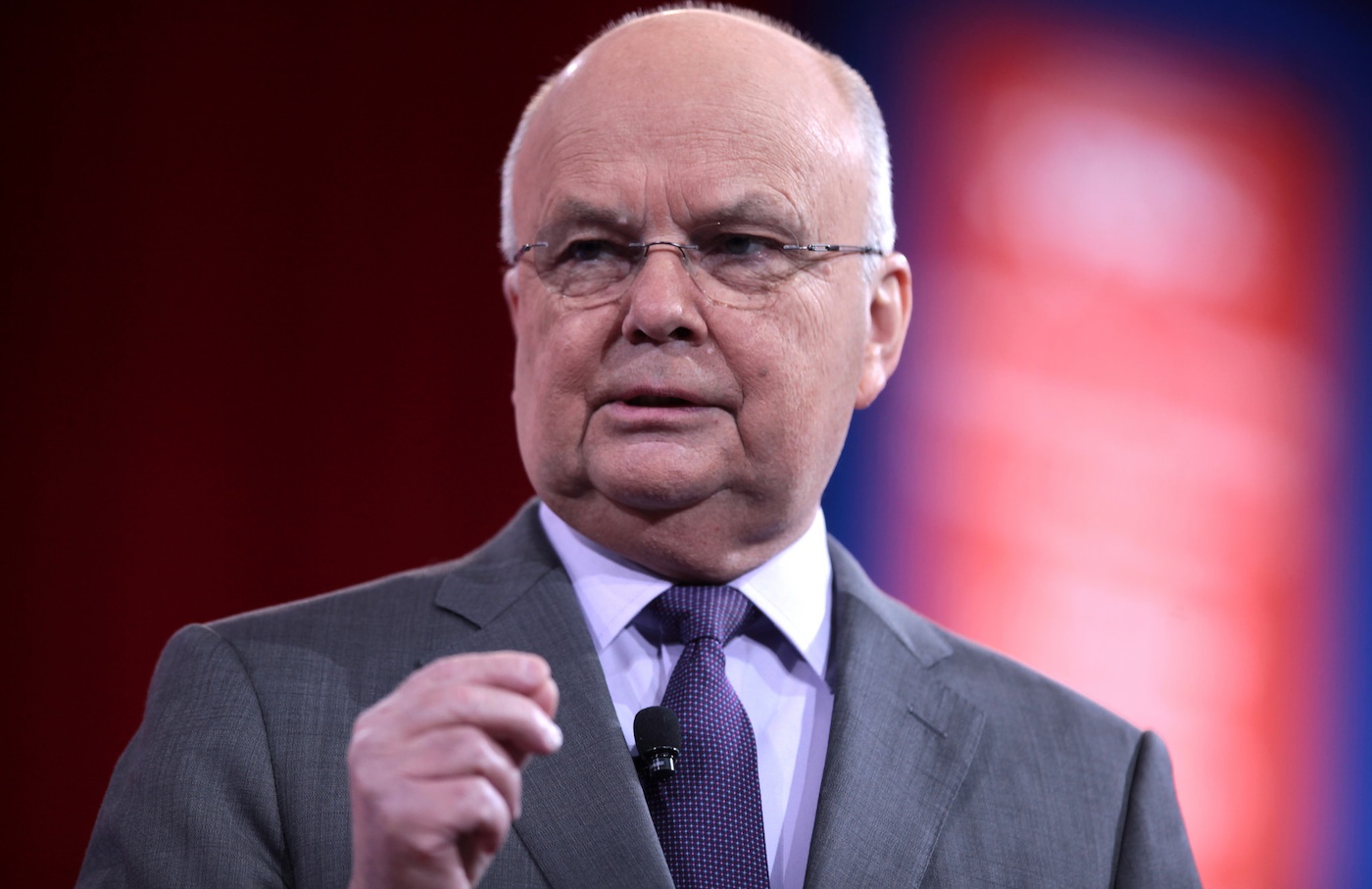 Buried beneath the almost daily stream of alarming headlines relating to the campaigns of the two major-party candidates for president have been two less remarked upon, but no less ominous developments. The first has to do with the emergence of former American military and intelligence figures who have questioned whether a Trump victory in November would be legitimate. (Trump himself has indulged in similar rhetoric by falsely charging that the election would be “rigged” in Clinton’s favor). The second is the Clinton campaign’s newfound alliance with the influential and well-funded neoconservative lobby.

That Clinton is the preferred candidate of the military establishment is by now old news. From the time she entered the Senate, Clinton has made conspicuous efforts to win over “the brass,” and she has largely succeeded. Retired Marine Gen. John Allen’s raucous endorsement of Clinton at the Democratic National Convention last month testifies to that fact. Yet, troublingly, Allen, like several other prominent former military and intelligence officials, has done more than simply endorse Clinton, he has taken to the airwaves to declare that a Trump victory would create “a civil military crisis, the like of which we’ve not seen in this country before.”

Former NSA and CIA director General Michael Hayden recently appeared on Morning Joe to warn that a Trump presidency “may actually strain and test the fabric of our civilian military control.”

Meanwhile, in early August, former four-star general Barry McCaffrey wrote an op-ed in which he denounced Trump as “unqualified to be the president of the United States and fulfill the role of commander in chief of the 2.2 million men and women of the Armed Forces.” McCaffrey then appeared on MSNBC and claimed that a Trump victory would result in a “constitutional crisis.” One has to wonder why McCaffrey’s interlocutor failed to follow up and ask him what he meant: How would a Trump victory result in a “constitutional crisis” if the election was free and fair?

Taking things a step further, former acting CIA Director Michael Morell, the man responsible for—among many other things—cooking the pre-Iraq war intelligence presented to Secretary of State Colin Powell in the run up to Powell’s infamous UN Security Council presentation, took to the pages of The New York Times to state that in his considered opinion, “Mr. Putin had recruited Mr. Trump as an unwitting agent of the Russian Federation.” Meanwhile, progressive groups like CREDO have gotten in on the act by circulating a petition addressed to Director of National Intelligence James Clapper that demanded that Trump not receive classified national-security briefings.

All this has taken place as the Clinton campaign has been busy welcoming the support of scores of high-profile neoconservatives. In the runup to the Republican National Convention last month, Clinton foreign-policy chief Jake Sullivan issued a press release condemning (yet another) ill-advised Trump utterance, this time regarding NATO.

Yet instead of challenging Trump’s argument, such as it was, on its merits, Sullivan simply lined up a veritable murderer’s row of neocons to do the job for him. Among the so-called foreign-policy experts featured in the press release were Senators Lindsey Graham and Marco Rubio, former UN ambassador John Bolton, and neocon journalists Max Boot, Eli Lake, Jennifer Rubin, and Jeffrey Goldberg.

In late July, a fundraiser for Clinton featured the Brookings Institution’s Robert Kagan and two newly minted members of the Beltway’s chummy national-security club: former Biden national security adviser Julianne Smith and former State Department official Amanda Sloat. According to The Intercept, Sloat argued “that ‘it’s dangerous’ for people to draw anti-interventionist lessons from Libya and Iraq.” Kagan, for his part, found it very reassuring that Clinton “cares more about Ukraine than the current president does.” In which case, God help the Ukrainians.

Meanwhile, a group of 50 former national-security officials, including some of the brightest stars in the Republican Party’s foreign-policy firmament, like Eliot A. Cohen, David Kramer, Eric Edelman, Peter Feaver, Kori Schake, Meghan O’Sullivan, and Philip Zelikow, published an open letter declaring that “from a foreign policy perspective, Donald Trump is not qualified to be President and Commander-in-Chief. Indeed, we are convinced that he would be a dangerous President and would put at risk our country’s national security and well-being.”

Savor the irony for a moment. The aforementioned signatories, who did such profound damage to US national security during their time in office, now have the audacity to declare Trump unfit for office. He may well be, but these are hardly the character witnesses on which the Clinton camp ought to be relying.

And yet Clinton and her foreign policy advisers led by interventionist-minded scholars and practitioners like Michelle Flournoy, Michael McFaul, Julianne Smith, and Nicholas Burns have welcomed neocons with open arms, setting the stage for an ugly, but surely much needed, fight within the Democratic Party over foreign policy perhaps as soon as the next presidential election cycle, regardless of who wins in November.