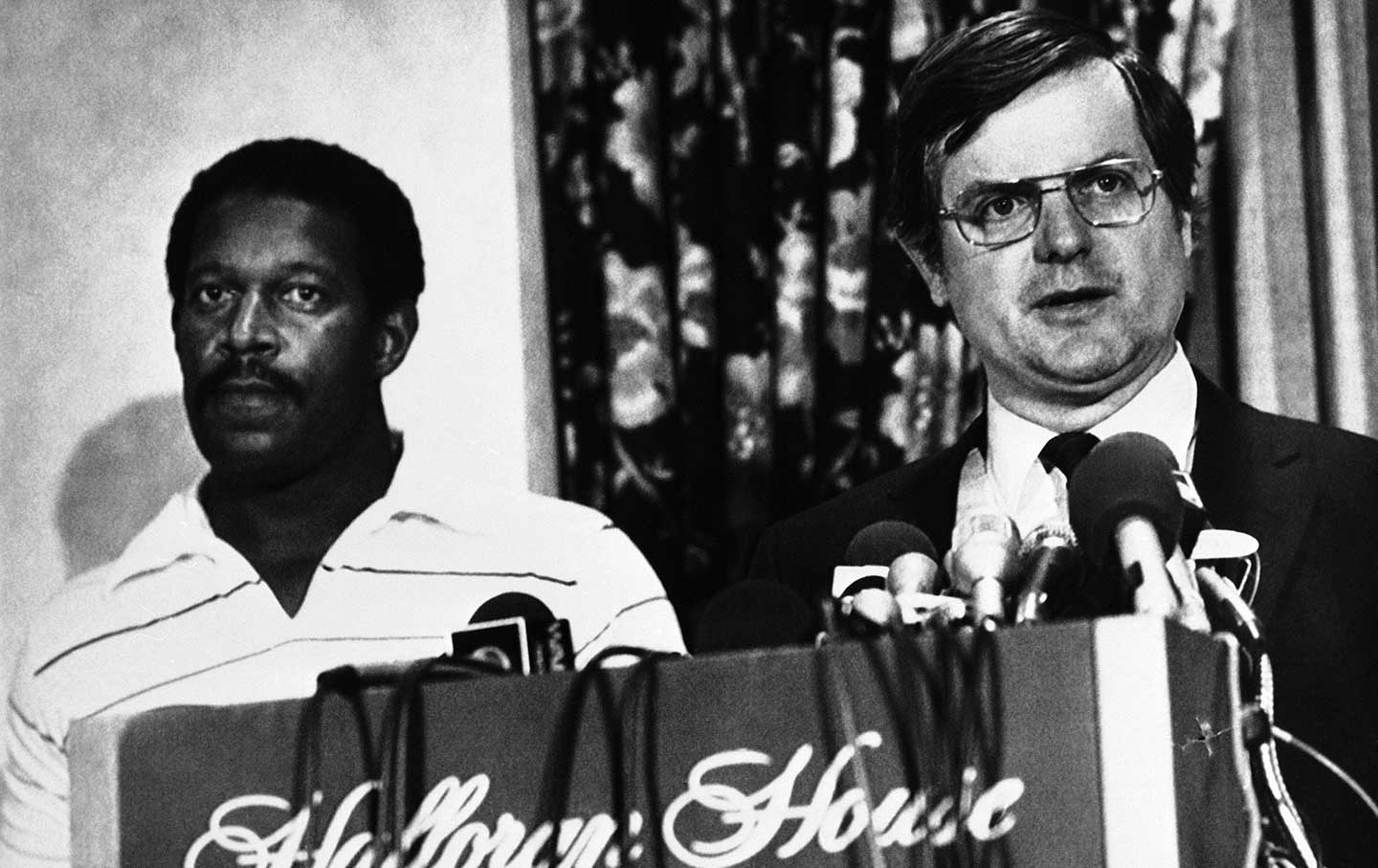 “Some will tell you that you can’t fight City Hall. Well if you don’t fight, you can’t win.” —Ed Garvey

There would not be a union for NFL players—quite literally—without the fighting political spirit of Ed Garvey, who passed away this week at the age of 76. One of the great “happy warriors” of our time, Garvey became executive director of the NFL Players Association at the tender age of 31 years old in 1971, during a period when the NFLPA was acknowledged by neither NFL owners nor the National Labor Relations Board as an official union. Garvey held that position for 13 years, leading the NFL players through two strikes, in 1974 and 1982, and forging them into being an actual, fully recognized union. “He was our Marvin Miller,” said current NFLPA executive director DeMaurice Smith to me, referencing the legendary baseball-union leader. “Like Marvin Miller, Ed believed that between labor and management there truly can never be lasting peace. That was their strength, and that’s why they were able to push the union struggle forward in the world of sports. I brought Ed in as a consultant and he taught me the seamless line between the Triangle Shirtwaist factory fire and the coal-mining fights led by Mother Jones and the Ludlow Massacre, and why that history matters in the context of standing with the players against the interests of the owners. He taught me that it is only through understanding that sacrifice, and fighting in the name of those who built the labor movement, can we press on.”

Ed Garvey was an army veteran and social justice–minded attorney who started working on football labor issues as an adviser to NFL union leader and future Hall of Fame tight end John Mackey. He took the NFL bosses to court after the players’ 1974 strike, and won the antitrust case, Mackey v. NFL, where it was recognized that owners had for decades violated the legal and constitutional rights of players by restricting their ability to switch teams and seek higher wages. Garvey and Mackey used this victory to extract not only millions in back pay from the bosses and the first real health benefits in the history of the NFL but also—at long last—union recognition. Yes, it took a strike and a lawsuit for the NFL Players Association to even be acknowledged as a union or to have their health concerns considered valid by management, and every step of the way, Garvey led the charge. He called the labor issues of players “freedom issues” because, in the words of De Smith, “He looked at the lack of free agency as a liberation issue. He looked at the way owners referred to players as ‘property’ as a freedom issue. He looked at having a union as an freedom issue: the freedom of labor to have a voice.”

After Garvey left the NFLPA, he never stopped fighting. In fact, he was just getting warmed up. Garvey ran for Wisconsin senator and governor on a progressive platform and founded Fighting Bob Fest in Madison (named after legendary progressive Wisconsin Senator Bob La Follette), the largest annual progressive political festival in the United States. When Bernie Sanders campaigned in Wisconsin last year, he recognized Ed Garvey from the stage as the person who had kept the politics of struggle alive, no matter the obstacles put forward by the Koch brothers, Paul Ryan, Scott Walker, and the forces who have focused on turning Wisconsin into a dystopic, neoliberal laboratory.

But Garvey’s real work was at the grassroots as an attorney and an activist.

Norman Stockwell, publisher of The Progressive, headquartered in Madison, Wisconsin, collaborated with Ed Garvey on numerous projects over the past three decades—including Fighting Bob Fest, which is now put on by The Progressive magazine. “I knew Ed since the mid-1980s and he was a tireless fighter for the notion of citizen democracy,” he said to me in an e-mail. “Ed believed that everyday people deserved a voice in their government and he worked tirelessly to set up structures and institutions to help make that possible. As an attorney—he represented citizens opposing the theft of their groundwater by Perrier, the efforts to keep out factory farms and a Walmart superstore and [for the rights of] the inmates at Wisconsin’s SuperMax prison, As an activist. Ed founded ‘Fighting Bob Fest’ in the style of an early-20th-century Chautauqua where people could gather and hear speeches by activists on issues of grassroots democracy. He also created the People’s Legislature to give citizens a voice when their elected officials seemed to only be listening to the ‘voices’ of corporations. Ed never gave up his optimism that with people power, the struggle for just, honest, and responsive governance could be won—here in Wisconsin, and across the United States.”

Ruth Conniff, editor-in-chief of The Progressive magazine, got to know Ed Garvey “spending many happy hours tooling around in a car with him and John Nichols, with Ed telling war stories and cracking us up.” She said, “Ed Garvey was a fearless, joyful warrior for the little guy. His sense of justice and his sense of humor were a light to us all and we will miss him terribly.” We should all be so lucky to have someone speak such a sentiment after we pass.

Ed Garvey belongs in the Pro Football Hall of Fame, but like Marvin Miller—shut out of baseball’s Hall of Fame—that day will almost certainly never come to pass. But Garvey leaves a much different, more powerful legacy than a bust in Canton, Ohio, could ever convey.