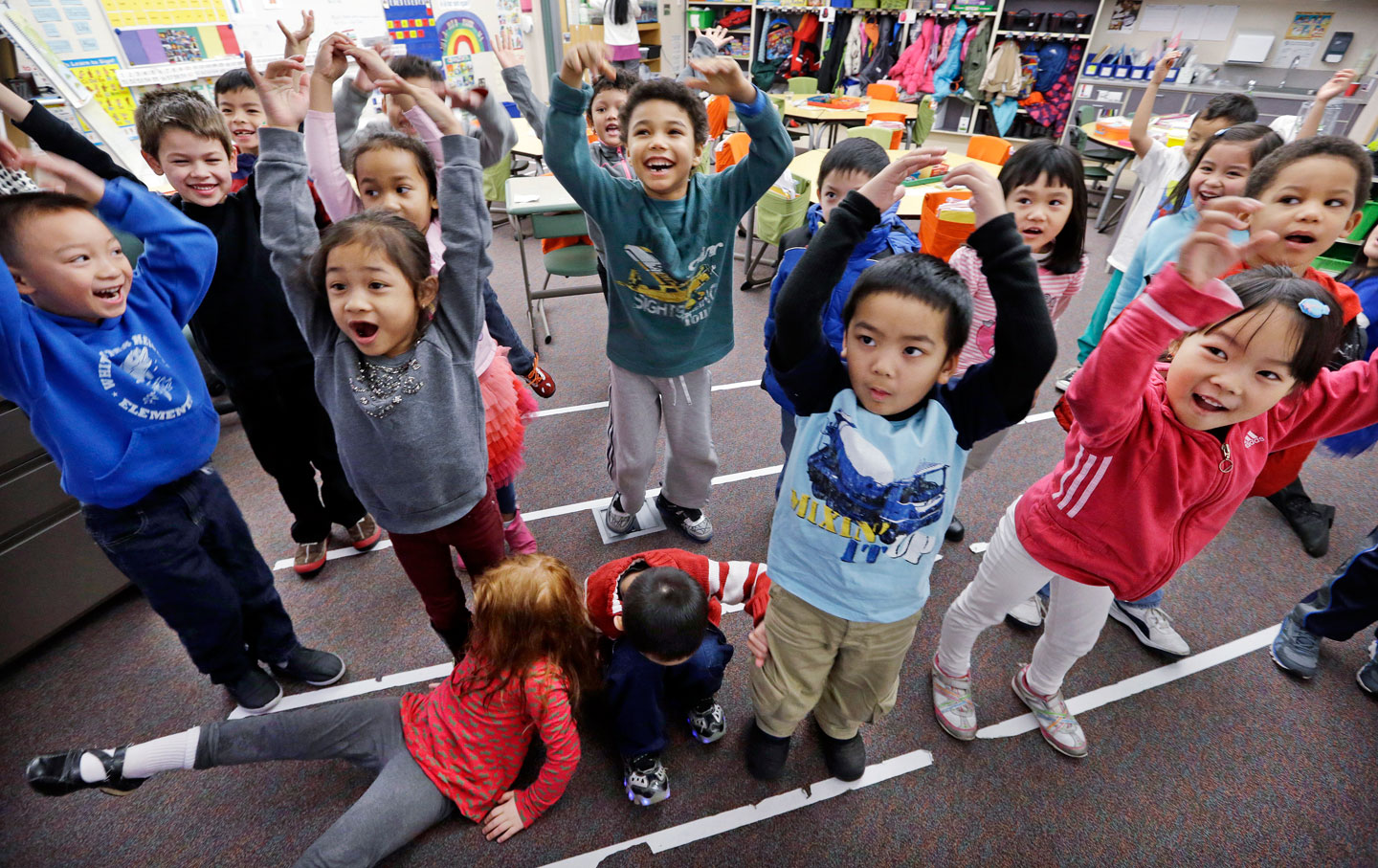 Even Donald Trump may be worried that his party’s nativist streak is damaging its brand. This week, he told 60 Minutes that while he would round up and deport 11 million unauthorized immigrants, he’d make sure to do it “in a very humane way, in a very nice way.”

It’s become a political cliché that the GOP’s rhetoric on immigration is suicidal given the growing importance of the Hispanic vote. But the United States is home to immigrant communities from all over the world, and political journalists’ constant discussion of the Hispanic vote obscures the extraordinary richness of our diversity. It’s what makes America truly exceptional. The United States is home to one-fifth of the immigrants on the planet. No other country welcomes as many immigrants as we do, nor assimilates them as well.

The Pew Research Center released a remarkable study this week, looking at how immigration has changed the face of the nation over the past 50 years, and projecting how it’s likely to continue doing so over the next fifty.

Now, it does make sense that we tend to focus on Latinos when debating the politics of immigration. It was the California Republican Party’s perceived hostility to this community that helped turned what was once a swing-state with a slight GOP lean into one of the bluest in the country. And today, Hispanics make up a significant share of the population in five of the most hotly contested states in national races: Colorado (21 percent), Florida (23 percent), Nevada (27 percent), Virginia (8 percent), and Iowa (5 percent).

But while anti-immigrant hardliners are enraged by being told to ‘press 2 for Spanish’ on the phone, in fact, less than half of the immigrant population in the United States is Hispanic. Over a quarter are Asian—they represented the largest share of new arrivals between 2000 and 2010. And the researchers at Pew expect Asian-Americans to surpass Hispanics as the largest minority group in the United States by 2065, when they’re projected to make up almost 40 percent of the population.

According to the Census Bureau, the African-born population has roughly doubled in every decade since the 1970s.

And while many Americans think of immigrants as being people of color—they tend to picture that Mexican laborer rather than the stereotypical Irish bartender or their friendly neighbor from Toronto—about one in five immigrants are white people, mostly from Europe and Canada.

Trump’s xenophobia, while notably extreme, isn’t new to Republican campaigns. Harsh anti-immigrant rhetoric is a mainstay on the right. And over the past ten years—since the idea of comprehensive immigration reform was first floated in 2005 by Senators John McCain (R-AZ) and the late Ted Kennedy (D-MA)—that rhetoric has been particularly ugly. While there aren’t reliable data on every immigrant group’s voting preferences, there’s no reason to believe it hasn’t pissed them all off as much as it has Latinos.

Historically, Asian-Americans tended to vote in low numbers, but their turnout rates have been trending upward over the past few cycles. While they’re anything but a monolithic group, as a whole their partisan leanings have tracked those of the Hispanic population almost perfectly in recent years (these were the only two groups to vote for Obama by larger margins in 2012 than in 2008). Like Latinos, Asian-Americans have been running away from the GOP for over a decade. A majority supported George H.W. Bush in 1992 and Bob Dole in 1996, and George W. Bush won 44 percent of their votes in 2004. But that declined to 35 percent for John McCain in 2008, and Mitt Romney received the support of only 26 percent of the Asian-American vote in 2012 (Bush also won 44 percent of the Latino vote in 2004, and Romney got 27 percent).

Between 2 million and 4 million people in the United States trace their origins to Arabic countries. According to Census figures, that population has doubled since 1980. Arab-Americans are a key constituency in Michigan, and may help turn Texas purple in the coming years. According to Arab-American Institute President James Zogby, who has been polling this group for over 20 years, their votes were divided more or less equally between Democrats and Republicans throughout the 1990s, but shifted dramatically toward the Dems during George W. Bush’s tenure.

While the African-born population has grown dramatically in recent decades, it still remains quite small, and we don’t know much about this highly educated group’s partisan preferences. But in 2008, journalist Edwin Okong’o wrote that while “African immigrants have traditionally steered clear of politics in this country,” Obama’s candidacy caused many to enter the political fray “with increasing zeal and passion.” Perhaps accusing him of being a Kenyan interloper will prove problematic as this group continues to grow in numbers.

According to the Census Bureau, 45 percent of the foreign-born population are US citizens. Another 30 percent are here legally and, whether or not Congress ever passes immigration reform, many of them will be naturalized. And this month, the White House infuriated conservatives by kicking off a nationwide campaign to encourage almost 9 million immigrants who are eligible to become citizens to make the leap.

There were fewer than 10 million foreign-born US residents in 1965, and that number will reach 78 million by 2065. These Americans and future Americans are paying attention. They heard Mitt Romney tout the virtues of “self-deportion” in 2012, and they’re watching the Republican candidates trying to keep up with Trump, with his classy wall and jackboot-free roundup. They hear people on the right describing immigrants as “illegals,” and they see them angrily waving misspelled signs demanding that everyone speaks English.

Research shows that ideology and voting preferences tend to be sticky—they’re passed from one generation to the next—so unless American conservatives can somehow come to grips with the changing face of this country, they’re in store for some serious trouble in the years ahead.