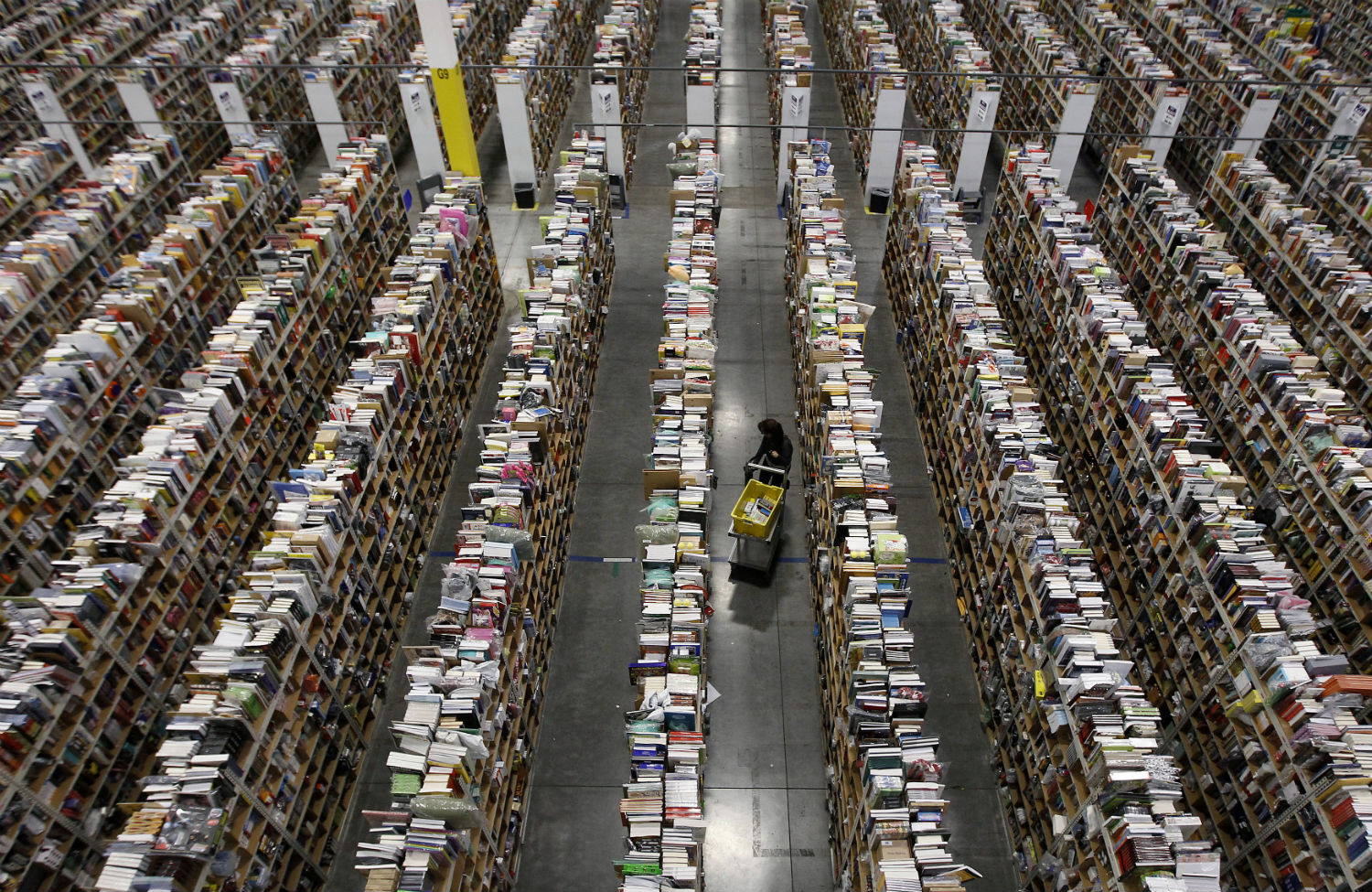 No other company embodies the mantra “Time is money” quite like Amazon, with its seamless mastery of “just in time” logistics and round-the-clock online retail hours. But inside the cavernous warehouses that ship its goods, there are real people, and their time is not so preciously valued. So the Supreme Court is weighing their right to fair pay against the profits of an e-commerce Goliath.

In Integrity Staffing Solutions v. Busk, two Amazon warehouse workers, Jesse Busk and Laurie Castro, argue that they should be paid for time spent undergoing daily security checks, designed to ensure employees don’t leave work with stolen goods. Though the roughly twenty-five minutes they spend on this check each day is not officially clocked, it is mandatory. So Integrity Staffing, Amazon’s warehousing subcontractor, is effectively stealing their wages by not compensating them for this time spent on the tedious routine of removing their wallet and keys and shuffling through a metal detector. Shouldn’t the subcontractor, as part of its “inventory control” operations, be paying workers overtime for the trouble they must go through to prove they’re not thieves?

But business groups, along with the White House, have joined Integrity to contend they have no legal obligation to pay for time spent on post-work security check. They cite the Portal-to-Portal provision of the Fair Labor Standards Act, which states that the time workers spend on activities considered “preliminary” or “postliminary” to the job is “non-compensable.” So employees need not be compensated for time spent commuting to work, for example. But a health worker in an infectious disease ward would be compensated for time spent suiting up in protective gear.

In oral arguments on Wednesday, Integrity Staffing’s attorney Paul Clement argued the security check is “materially similar to the process of checking out at the end of the day or waiting in line to do so.” But labor advocates argue that for the warehouse workers, the security check is uniquely relevant to the job.

The AFL-CIO contended in its amicus brief, “Like a government contractor’s screening of an employee who handles classified government material, a staffing agency’s post-shift screening of employees who handle the warehouse client’s valuable portable merchandise in order to deter employee theft is similarly ‘directly related to the specific work [they are supposed to] perform.’” In addition, “the deterrence of employee theft ‘is a serious concern’ with significant consequences for employers’ profitability and competitiveness.”

Justice Elena Kagan drew a hypothetical comparing warehouse workers with bank tellers or cashiers, who undertake workplace security tasks when technically “off duty”: “there’s a twenty-minute process which is essentially an antitheft security process. And it happens at the end of the shift when the cashier goes off duty. What’s the difference between that case and going through security in—at Amazon?”

The company’s essential argument is that responsibility to compensate these workers should depend on whether the post-work tasks are “integral and indispensable” to their primary duties. Justice Kagan observed that the Amazon brand’s value hinges in large part on its quality control, for products and labor, security included:

I mean, what makes it Amazon? It’s a system of inventory control that betters everybody else in the business. And what’s really important to Amazon is that it knows where every toothbrush in the warehouse is. And that’s just as integral to what Amazon does and to what it requires its employees to do as, for example…the person who closes out the cash register, the person who closes out the bank teller operation.… [These tasks are] a necessary part of what the folks who do all the stocking and the unshelving and shelving do at Amazon.

Moreover, if employers are allowed to saddle workers with time-consuming but extraneous, and nominally “non-integral” tasks, advocates fear that this would drive a corporate circular reasoning that gives bosses perverse incentive to further exploit workers. Catherine Ruckelshaus, program director of the National Employment Law Project, tells The Nation via e-mail:

If [this provision] taken to its logical extreme, it could include things like requiring a warehouse employee at Amazon to mow the lawn after work or during lunchtime, requiring a nurse to clean up hospital bathrooms after her shift is over, or requiring a construction worker to launder the bosses’ shirts after work. Anything that isn’t integral and indispensable to the job the employee was hired to do could now be required and the employer wouldn’t have to pay for it.

Legal commentators see the case turning on two questions: “When does work stop?” and “What counts as work?” But the debate raises more complex questions of how our economy measures work-time—when so many transactions are based on logistical efficiency and technical maximization of productivity, rather than the physical workplace or a marked punchcard. Amazon embodies the neoliberal economy of disembodied labor and externalized costs, and the plight of their warehouse workers demonstrates how little power workers have over how their time is valued.

From a worker’s perspective, the dilemma is felt through what they sacrifice for that end-of-the-day security screening. How many kids’ birthday parties or school plays were missed because mom got stuck on an unexpectedly long line that day? As Ross Eisenbrey of Economic Policy Institute points out:

The 25 minutes the Integrity Staffing employees spend waiting in line for their security check is time taken away from them and from their families. It might not seem like much, but it amounts to 2 hours a week and 100 hours a year, which would involve real money if it were paid at time-and-a-half for overtime. And what if the warehouse workers had to wait an hour to get screened? How long the screening takes is up to the employer.

Eisenbrey also called it “shameful” that the White House was siding with Integrity Staffing—he suspects, because the administration “doesn’t want to be sued” for wage violations in its own agencies. So even a nominally labor friendly White House still acts like a boss when managing the federal workforce.

Integrity Staffing sheds light on the conniving genius of Amazon.com. The company insulates itself from legal liability in this case because it does not directly employ the workers, having conveniently outsourced to a staffing agency the trouble of managing “labor costs” in its warehouses. (And those warehouses are incidentally notorious for brutish, hyperexploitative labor conditions). And yet those subcontracted workers bear the cost of Amazon’s optimized labor system. The wages that vanish on the security line don’t represent a miscalculation; it’s the system working exactly as planned.