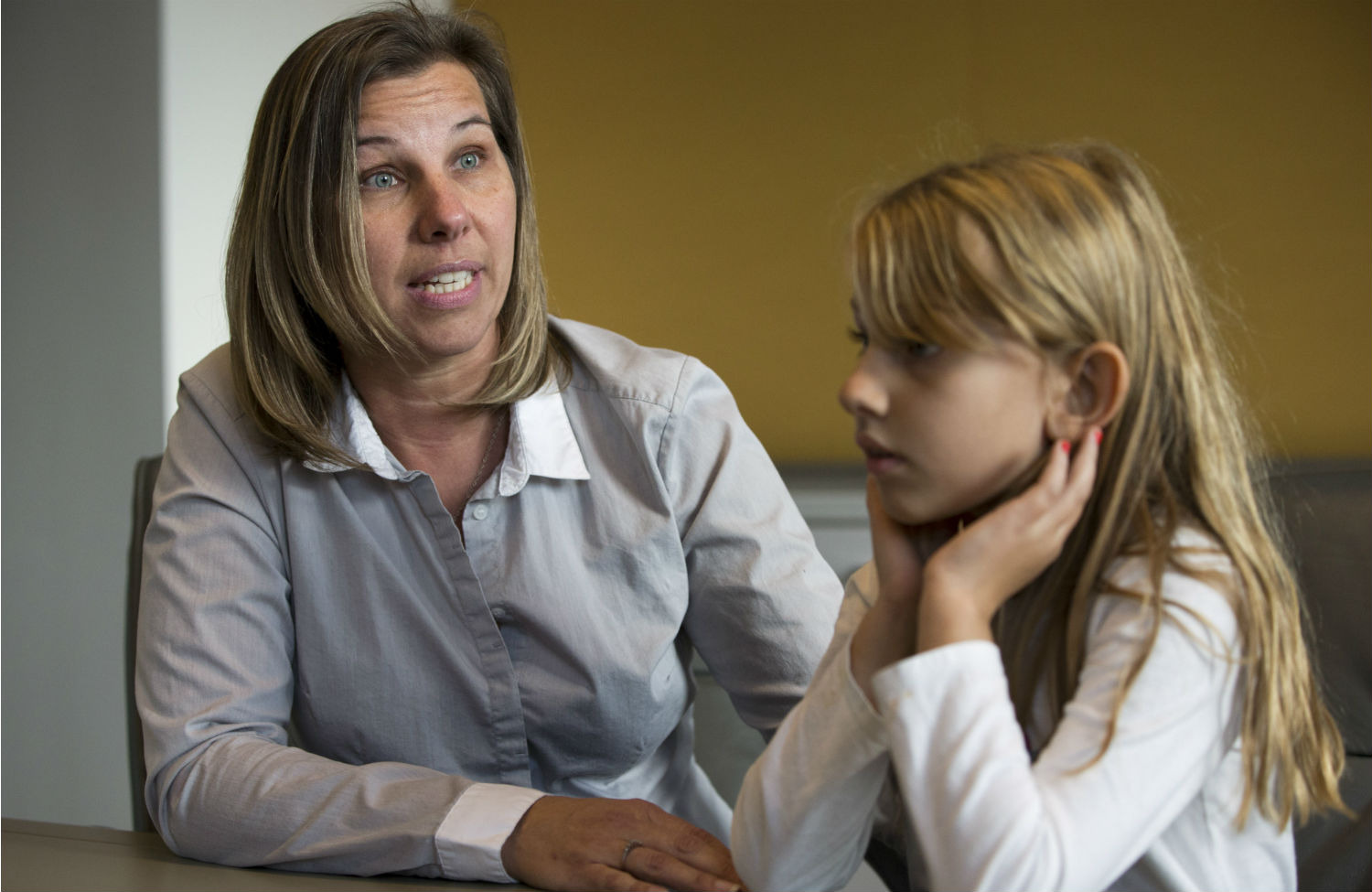 Peggy Young, whose healthcare ended when her company denied her request for special accommodations during her pregnancy, and her daughter (AP Photo/Jacquelyn Martin)

Peggy Young never really considered feminism part of her job description, but when she was expecting, she took on an unexpected role as an anti-discrimination activist at United Parcel Service (UPS) in Maryland. As a delivery driver, she should have had a chance to maintain her job during her pregnancy or take “light duty” if medically necessary. But this seemingly mundane adjustment was denied, and her workplace dispute has become a national political flashpoint.

Last week, the Supreme Court heard oral arguments debating the 1978 Pregnancy Discrimination Act, fixating on a convoluted clause that states that “women affected by pregnancy, childbirth, or related medical conditions shall be treated the same” as other workers “not so affected but similar in their ability or inability to work.”

The meaning of “ability or inability” has sparked a semantic battle over the legal assessment of a pregnant workers’ ability to work, and relative disability compared with non-pregnant coworker. But if the letter of the law was so ambiguous in Young’s protection from discrimination on the basis of pregnancy, didn’t that betray the spirit of the Act?

It shouldn’t have been so complicated: Young handled light air mail during morning shifts, and her midwife had advised her to “lift no more than 20 pounds during my pregnancy.” As Young recounted in a testimonial published by National Women’s Law Center, she was more than willing to “to work either a light duty job or my regular job.” But management said company policy provided “no light duty for pregnancy,” and pressured her to stay off the job “because I was too much of a liability.”

The UPS health manager… told me that I needed to get a note from my doctor saying that I was fully disabled and could not work at all. That was not true. I could work. I wanted to work. My family needed my pay, and I needed my medical benefits.

As her due date neared, Young suddenly found herself not just deprived of income, but also cut off from her work-provided health insurance coverage.

Advocates trace Young’s dilemma to a loophole in the Pregnancy Discrimination Act: under the narrow legal interpretations of some courts, pregnant workers are typically left out of disability protections of the Americans with Disabilities Act (ADA). The federal Equal Employment Opportunity Commission recently issued a ruling that clarified employers’ obligation to provide “reasonable accommodations” (for example, allowing a woman to sit while working at a service counter). Still, pregnant worker protections remain in a legal muddle when applied to increasingly diverse modern workplaces.

So UPS lawyers could somehow contend it was treating Young “equally” because the company’s leave policy, lacking explicit anti-discrimination protections for pregnancy, technically “treats pregnant women ‘the same as anybody else.’”

Meanwhile, Young found that UPS accommodated workers with a variety of disabilities covered by the ADA, including high blood pressure, sleep apnea and emotional health issues—but it was the mom-to-be, ready and willing to work, who got shut out of her job and healthcare.

In many ways, Young’s case reflects this country’s warped “family values”: valuing women as childbearers but not as breadwinners. This structural economic inequity extends to things like a lack of paid family leave and unstable schedules for working parents.

Congressional lawmakers have introduced the Pregnant Workers Fairness Act, which would expand existing ADA coverage to ensure access to needed job modifications and restrict employers from unfairly forcing a pregnant worker to stop her regular job.

And even UPS recently announced plans to amend its pregnancy policy to be more accommodating to workers, starting next year.

And some moms are leading the charge for respect on the job. Tiffany Beroid, a former Walmart worker-turned-activist, stood outside the Supreme Court last week to speak about how Walmart refused to give her light duty to accommodate her medical issues during pregnancy:

The strain was too much—I had no choice but to take unpaid leave and had to go on full bed rest the final trimester of my pregnancy. Walmart could be leading the way for good jobs for working mothers, but instead we are fighting for bathroom breaks and a stool to rest on when we’re pregnant and fair pay and consistent hours that allow us to support our families.

Beroid led a massive campaign for a broader pregnancy accommodation policy at Walmart. Though Walmart activists are still struggling to make the company consistently uphold the policy (and Beroid herself lost her job), their plight shows the connection between fair workplace policies and empowered, politically conscious workers.

The women left behind by feminist advancements of the 1970s suffer multiple social barriers that compound gender discrimination—like the roughly 40 percent of full-time, low-wage workers who say their jobs don’t allow them to control when they take their rest breaks. Ironically, they’re often at the front lines of gender-equality battles: women of color and immigrant women who toil in rough blue-collar jobs, without union support, deprived of job security. These women also face heightened risk of pregnancy-related complications like low birth weight, which may in turn deepen the long-term “liability” of caring for their families’ health under hardship.

As women shoulder the age-old “double burden” of work and family, bosses still fail to understand why pregnant workers can’t just stay home. Maybe they don’t know how it feels to carry the weight of your family’s future with you to work—every day, inseparably.