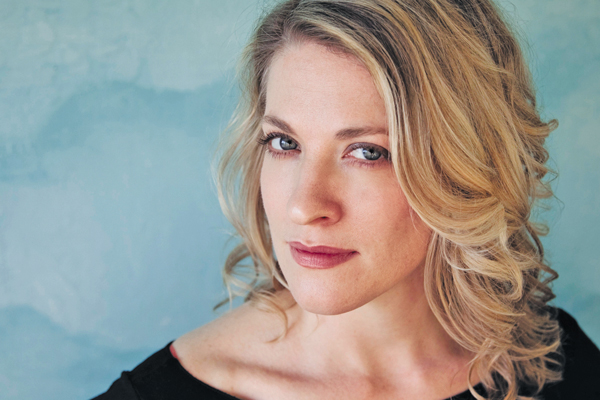 “The gold rush is on once again,” The New York Times declared in 1979, in an article on Humboldt County, California. The “gold” was marijuana, which was just beginning to take root as an industry in Humboldt, located on the northern coast of the state, 200 miles from San Francisco. “In these parts the plants command, ounce for ounce,  almost the price of the metal.”

Thanks to federal prohibition, the price of marijuana would exceed that of gold at numerous times throughout the 1980s. Locals referred to prohibition as “the best government price support program in U.S.  history,” and over time marijuana became the backbone of Humboldt County’s entire economy. By 2010, somewhere between 15,000 and 30,000 people in Humboldt grew marijuana or worked for a grower, and the earnings funded everything from healthcare clinics to volunteer fire departments. But as Emily Brady details in her excellent book Humboldt: Life on America’s Marijuana Frontier (Grand Central; $27), the increasing acceptance of marijuana nationwide and the prospect of its legalization threaten all of this. Some experts estimate that legalization would cause the price of marijuana to drop by up to 80 percent. Or as one community member put it, “The legalization of marijuana will be the single most devastating economic bust in the long boom-and-bust history of Northern California.”

Humboldt recounts this history by following four people with a stake in this landscape as they grapple with the prospect of marijuana legalization. There’s Mare, a back-to-the-land hippie who goes from growing her own pot to selling small amounts of it to medical marijuana dispensaries; Crockett, a young stoner who is attracted to the industry in the hope that it will make him a lot of money; Emma, whose mother was a grower and who has seen how prohibition can destroy families, including her own; and Bob, the straitlaced sheriff of Southern Humboldt. “It took Bob a mere month in Southern Humboldt to conclude that America had totally lost the War on Drugs,” Brady writes.

She also describes the massive amounts of money and manpower that the United States has expended unsuccessfully battling marijuana, nationally and in Humboldt County in particular, and juxtaposes this effort with the continued proliferation of the drug and the violence stemming from its illegality. Of the thirty-eight murders in Humboldt between 2004 and 2012, twenty-three were drug-related. When Emma, the grower’s daughter, decides to do research on violent deaths among young people, she finds that Southern Humboldt has twice the county average.

The most interesting dynamic that Brady explores is how the residents of Humboldt County view the seemingly inevitable legalization of marijuana. Despite the pervasive threat of violence associated with the drug’s prohibition, not to mention the constant danger of losing a crop to thieves or police, many residents are terrified at the prospect of legalization. They suspect that legalization will bring about corporatization, “that the market would be flooded with cheap, mass-produced weed, and they wouldn’t be able to compete,” Brady explains. Others want to do more than just make a living: “I’m not in this for the money, I’m in this for a lot of money,” is one grower’s motto. Pragmatic residents are already strategizing how they’ll survive the drastic drop in  prices that would accompany legalization. Some hope to market their organic, sun-grown pot to “the discriminating Whole Foods shopper”; others hope to rebrand Humboldt as the “Napa Valley of Pot,” a destination “complete with ‘marijuanaries.’” But even on that front, Brady is not hopeful: “The sad truth is…the typical ‘small’ Napa winery owner in 2010 was actually a retired millionaire who’d made his fortune elsewhere.”

Perhaps that’s why, in 2010, the majority of residents in California’s so-called Emerald Triangle—Humboldt, Mendocino and Trinity  counties, likely the largest area of marijuana cultivation in the  country—voted against Proposition 19, which would have legalized marijuana in the state. As a result, Humboldt, while fascinating, is a story without a real ending. The county’s shadowy one-crop economy continues to thrive, and the government continues its futile efforts to eradicate it. In late September, the Humboldt County Sheriff’s Office announced that it had seized $21 million worth of marijuana in a three-day period. Reflecting on the people who continue to flock to Southern Humboldt looking for seasonal work—jobs that no grower would entrust to an outsider—Brady wonders if they’ve come for “their last chance to experience the marijuana heartland before everything changed…. It was like the end of the gold rush.”