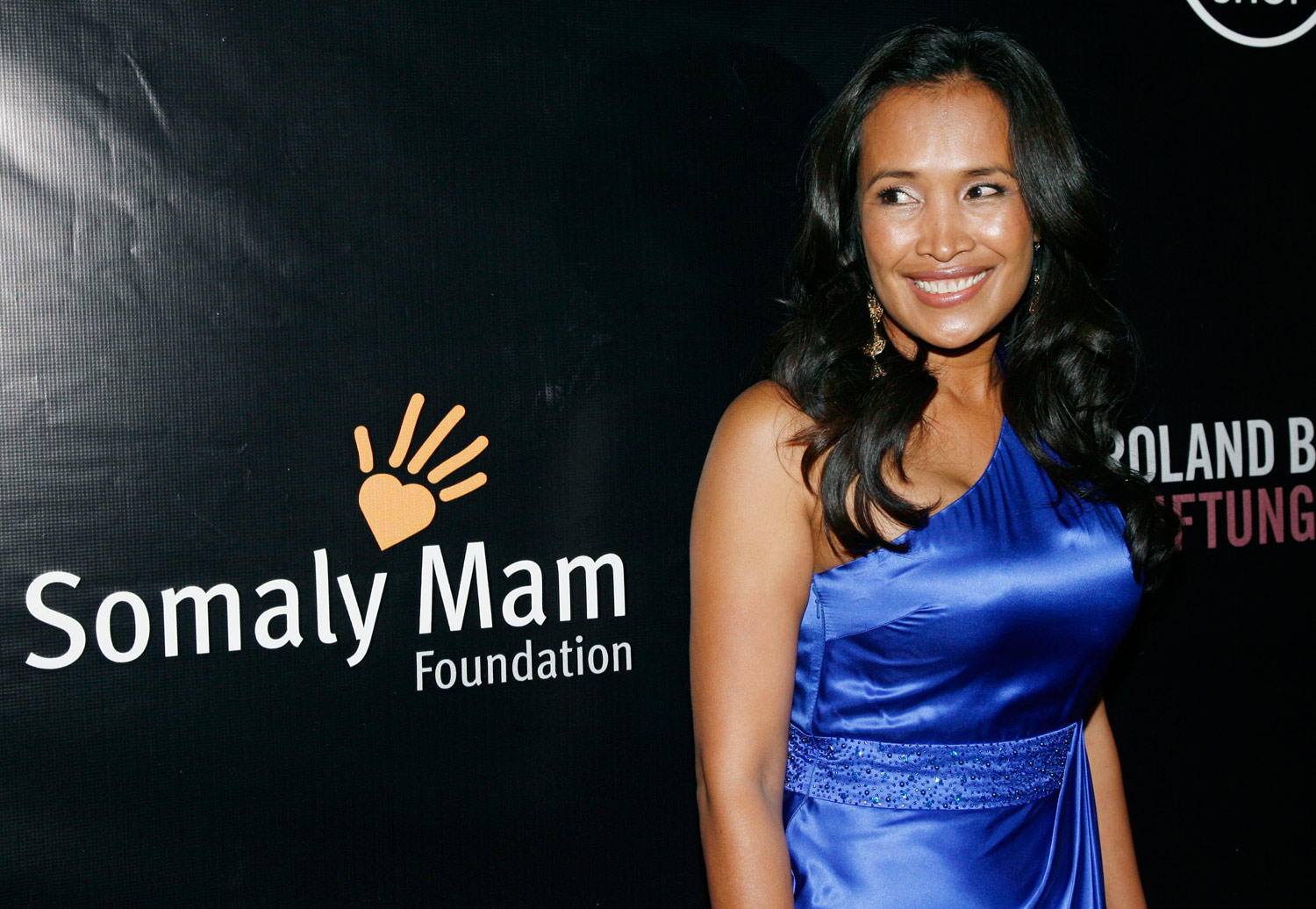 First Greg Mortenson, the world-famous author of Three Cups of Tea, raised millions of dollars for schools in Afghanistan and Pakistan that turned out not to exist. Now Somaly Mam, the world-famous Cambodian campaigner against sex trafficking, one of Time’s 100 Most Influential People in the World, has stepped down from her eponymous foundation in the wake of charges that she fabricated her harrowing autobiography of having been sold into sex slavery as a child. According to an exposé in Newsweek, Mam had a normal childhood and adolescence and is remembered by neighbors as “a happy, pretty girl with pigtails.” Not only did Mam apparently invent her past, she allegedly coached others in her organization, AFESIP, to tell similarly lurid false tales. Long Pross, who has just stepped down as a spokeswoman for the Somaly Mam Foundation, claimed a pimp gouged out her eye; actually, her eye was removed in surgery for a tumor when she was 13. She was never in a brothel. Meas Rotha says Mam auditioned girls for public appearances and told her she had to lie to help other women.

I hope by the time you read these words, Nicholas Kristof will have written more about this than the short blog post available as we go to press, in which he said he is withholding judgment and promised to “poke around” more. Kristof heavily promoted Mam in his New York Times column as “one of my heroes,” accompanied her on “rescues” of girls being held in brothels and pretty much swallowed whole everything she told him—for example, that her 14-year-old daughter had been kidnapped and raped by traffickers in revenge for Mam’s work (according to Mam’s ex-husband, the girl ran off with a boyfriend). Until the other day, she was featured on the PBS website for his documentary Half the Sky, in which she appeared. I’m not holding my breath, though: Kristof promoted Mortenson, too, and when the bad news came down, chalked his malfeasance up to “disorganization.”

What is the old adage? Fool me once…

I will gladly grant that it isn’t easy to figure out what really goes on in NGOs far away, or even near at hand. Every year I worry that a group I feature in my holiday donations column will turn out to be less than meets the eye. But Kristof was not, like me, sitting at a desk in Manhattan. He is a world-traveling, Pulitzer Prize–winning journalist who spent plenty of time in Cambodia and had all the resources of the Times at his command. Moreover, suspicion about Mam had been building for some time. The English-language Cambodia Daily has been publishing investigative reports on her for the past two years. Is it asking too much of a newspaperman that he should read the papers?

There are many lessons to be learned from this debacle. Here’s one: when people tell you what you want to hear, watch out. Americans love stories about heroic individuals—victims who surmount horror through grit and pluck, and ordinary people who change the world because of one simple idea. It helps if the heroic individual speaks English, is telegenic and charismatic, and can mingle comfortably with international celebrities and CEOs. The structure of big money philanthropy—gala benefits and fancy awards ceremonies and PBS documentaries and access to major journalists like Kristof—favors such people. Mam had support from the State Department and from A-listers like Angelina Jolie, Susan Sarandon, Sheryl Sandberg and Queen Sophia of Spain. The competition for attention and money fuels exaggerations and distortions and fabrications—both of the problem and its solutions.

What does this scandal say about the degree of coercion involved in sex work, a subject of much debate among feminists? Did Mam use fake trafficking victims in her promotional campaigns because they were better than real ones at conveying a Western image of what a trafficking victim looks like? On the Times op-ed page, Melissa Gira Grant argued persuasively that Mam not only hugely inflated the amount of sex slavery in Cambodia, but that she harmed the very people she claimed to help by using the police to harass and detain those “rescued” in her brothel raids and by threatening the girls and women who tried to leave her programs.

At the very least, the Mam scandal should make prostitution “abolitionists” think hard about their allies, their facts and their tactics. So far, I haven’t seen many signs of that. “She was so passionate about her work,” Jessica Neuwirth, founder of Equality Now, told me, sounding sad and bewildered, “so full of conviction about what she was doing.” Although Neuwirth says Equality Now never gave Mam money, it was a major promoter of her work. Mam’s autobiography, The Road of Lost Innocence, gets a page to itself on their website. But, Neuwirth went on, “people aren’t saying she pocketed the funds. I haven’t heard anyone say her work isn’t impressive.” And most important, “this doesn’t change anything about the situation in Cambodia. We have no doubt these things happen on a large scale.” The goal remains the same: to shut down the brothels.

I’ve never supported brothel raids, which are potentially violent and wide open to the exact sort of coercion and corruption abolitionists attribute to the brothels themselves. It’s not as if the Cambodian police force is Jane Addams at Hull House. At the same time, I’m less comforted than Gira Grant by the statistics she cites: that 88 percent of Cambodian sex workers are not coerced and that 76 percent of supposed trafficking victims “had a prior knowledge that they would engage in prostitution-related activities.” Leaving aside all the problems with collecting reliable data in this extralegal area (and other studies show different figures), one in eight and one in four are a lot of people.

That the most horrifying stories promoted by Mam are rare or outright lies is good news. But the teenager stuck in sex work because of poverty is real. Wouldn’t it make sense now for Mam’s supporters to focus on that girl’s complex reality?