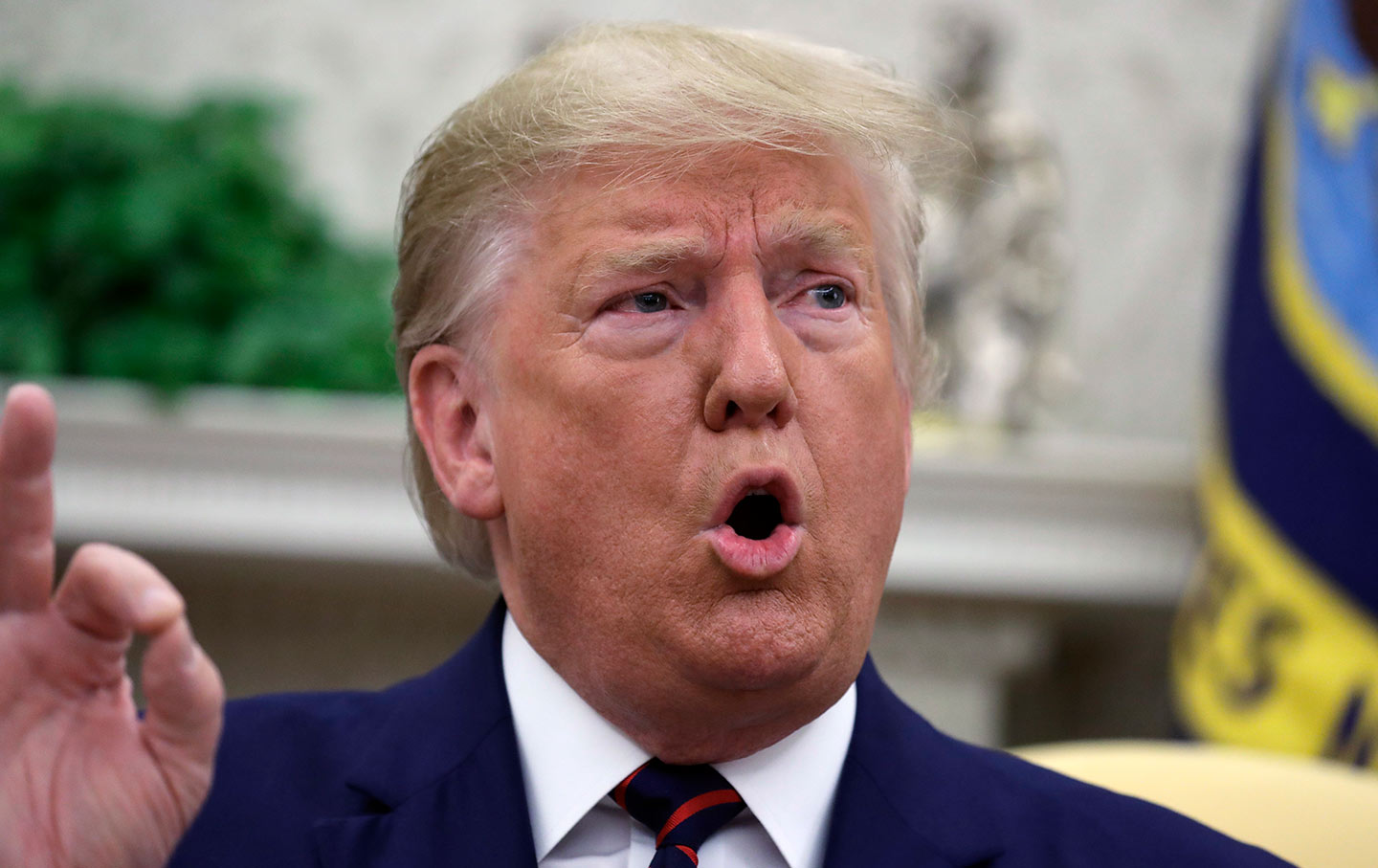 Nothing is more important to the survival of a democracy than the ability of its citizens to distinguish between fact and fiction. Not surprisingly, this is exactly where Donald Trump and other Republicans have waged their war. Yet amid an avalanche of lies from the president and his allies, the most influential members of the mainstream media are taking refuge in a poisonous version of both-sides-ism that treats truth as a matter of taste, as if the evidence presented by the witnesses in the House impeachment proceedings were of equal value to the absurd outbursts of Trump’s supporters. But as New York Times columnist Michelle Goldberg observed, “Trump’s weaponized disinformation” is proving “corrosive to democracy” regardless of its target, because it has eroded “the political salience of reality.”

Among the most egregious offenders in this journalistic malpractice is the country’s most important media institution: Goldberg’s own New York Times. Its reporters have repeatedly failed to draw distinctions between one side’s lies and the other’s facts. This happened in the wake of the Mueller report on Russian interference in the 2016 presidential election when, in a front-page article, reporters Peter Baker and Nicholas Fandos explained, “In an era of deep polarization, Mr. Mueller’s 448-page report quickly became yet another case study in the disparate realities of American politics as each camp interpreted it through its own lens and sought to weaponize it against the other side.” Nowhere in this piece did the reporters mention that only the Democrats’ version of events relied on evidence.

Unfortunately, the Times’ impeachment coverage has doubled down on its commitment to false equivalence. White House correspondent Michael D. Shear wrote a Page 1 article that described “the different impeachment realities that the two parties are living in,” without hinting that only one party’s version was conspiratorial nonsense. Media scholar Jay Rosen noticed 12 instances in which this one article failed to differentiate Republican falsehoods from what all reasonable observers—including the entire US intelligence community—acknowledge as facts. (The phrase “both sides” made four appearances in the piece.) Instead, the contest between truth and lies was posed as a war metaphor (“both sides engaged in a kind of mutually assured destruction”), a childish spat (“They called each other liars and demagogues and accused each other of being desperate and unfair”), and a natural consequence of epistemological disagreement (“The two parties could not even agree on a basic set of facts in front of them”). Shear treated Times readers to Republican lies without any context indicating that the GOP’s fictional narratives could not be trusted. And regrettably, the article was not an outlier. In another analysis, Baker described the drama of impeachment as playing out in a world where “conspiracy theories are everywhere and conspiracy theorists are in the White House and Congress” while neglecting to point to a single conspiracy theory that did not emanate from the Republican side of the aisle. This willingness to play Republican patsy has turned America’s most important news source into a participant in Trump’s war on truth.

Baker embraced another Republican talking point: that the impeachment is bad entertainment and therefore not terribly important. Unlike Bill Clinton’s December 1998 impeachment, which, Baker wrote, “felt like the ultimate drama, so intense that the rest of the world seemed to have stopped spinning on its axis,” the Trump version inspires “less suspense” and has “an outcome seemingly foreordained.” Never mind that the stakes of selling out the national interest to a foreign power and demanding that another leader interfere in our democracy for personal political gain dwarfs the significance of lying about consensual sex. Judging Trump’s impeachment as if it were a reality TV program was just another Republican trap into which too many journalists eagerly jumped. Writing for Reuters, Jeff Mason and Patricia Zengerle began their coverage of the House impeachment hearings by writing, “Democratic lawmakers tried their hand at reality television with mixed results on Wednesday as they presented arguments to the American public for the impeachment of a former star of the genre, Donald Trump. Unlike the best reality TV shows—not to mention the Trump presidency itself—fireworks and explosive moments were scarce, however.” The reporters then quoted a tweet from none other than Eric Trump, who complained, “This is horribly boring.” NBC’s Jonathan Allen was another person who felt that the proper prism to analyze the constitutional questions raised during the nation’s third-ever impeachment was show business. He lamented, “The first round felt more like the dress rehearsal for a serious one-act play than the opening night of a hit Broadway musical.”

Another weakness in the coverage of Trump’s impeachment—and an ironic one, given that the question of his guilt turns on an alleged quid pro quo—is the willingness of most members of the media to ignore the acts of bribery that Trump is deploying to get himself off the hook. Too few outlets have pointed out that, in preparation for his Senate trial, Trump has showered cash contributions on the same Republican senators who will be on his jury. According to Richard Painter, the chief White House ethics lawyer under President George W. Bush, these contributions constitute “felony bribery” by the president. “Any other American who offered cash to the jury before a trial would go to prison,” he wrote on Twitter. “Any senator who accepts cash from @realDonaldTrump before the impeachment trial is guilty of accepting a bribe and should go to the slammer.”

Clearly, the right wing’s endless campaign to work the refs continues to pay dividends in the mainstream media. This combines with a commitment to an outdated conception of objectivity that remains agnostic on the issue of truth, as well as a desperate desire to entertain. What is lost in this devil’s bargain is the reason we have a First Amendment to begin with: to empower citizens to hold the powerful—in this case, the most powerful person on the planet—to account.